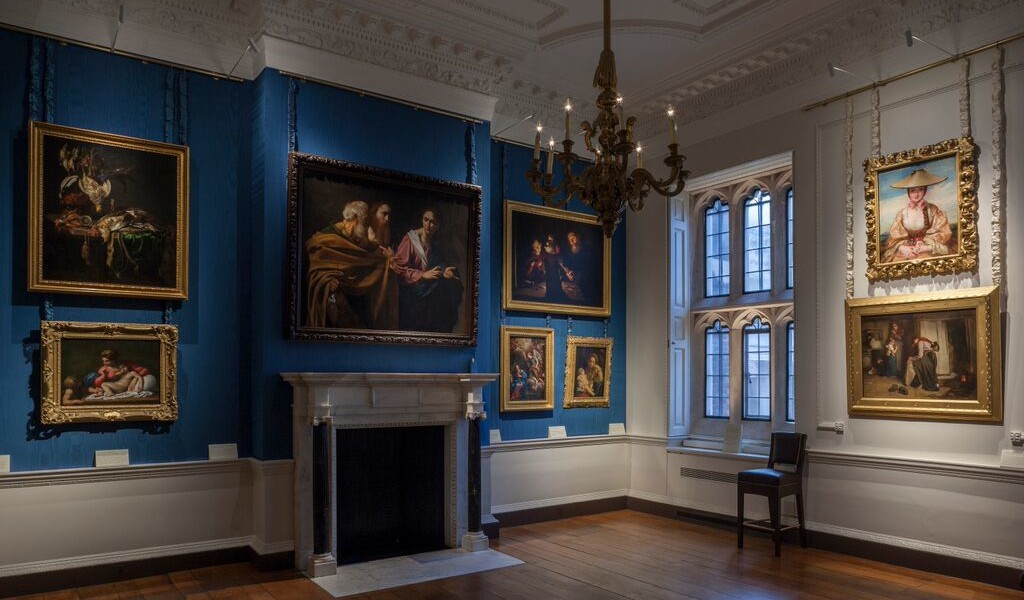 Architectural practice Purcell recently oversaw the conservation and re-presentation of the Cumberland Suite at Hampton Court Palace. Five principal rooms at the palace have been painstakingly repaired and redecorated in line with the original Georgian scheme and transformed into a new art gallery. Partner, Mark Hammond gives his account of the work involved in returning the suite to its former glory.

The Cumberland Suite is situated between Clock Court and Fountain Court in the heart of the main palace of Hampton Court. In the 1730s, King George II commissioned architect William Kent to design private apartments for his favourite son William Augustus, Duke of Cumberland. These were created from a range of 16th century apartments built from 1522-28 by Cardinal Wolsey for Henry VIII.

The suite is one of the earliest surviving examples of the Gothic Revival style and much of the original decorative scheme is well preserved, despite being damaged by fire in 1952. Used as a grace and favour apartment between the mid-18th century and 1950, more recently the suite has been open to the public exhibiting Royal Collection artworks.

The most recent decorative scheme, dating from the 1960s, lacked Georgian authenticity. The public rooms had not undergone any major restoration for half a century and key elements such as the joinery needed conservation. The Large Light Closet had been left incomplete over this period. Purcell was commissioned to oversee the re-presentation and conservation of these rooms and convert them into an art gallery.

Historic Royal Palaces (HRP) sought to use ‘Art’ as the principal lens through which to understand the royal history, stories and material culture of the palace. This meant displaying artworks in new and interesting ways, lighting them creatively and equipping visitors with the tools to understand and enjoy the artworks and explore their stories. Informed by a conservation management plan, HRP’s overarching intention was to ensure that the scheme gave a credible interpretation of the Cumberland Suite c.1730.

Purcell worked with the HRP curatorial team, who prepared the Conservation Management Plan, to interpret the findings of the historic research undertaken.  Where materials and finishes had subsequently been removed or altered the team was able to apply the knowledge gained from the research to deliver a faithful restoration of the Georgian apartment. 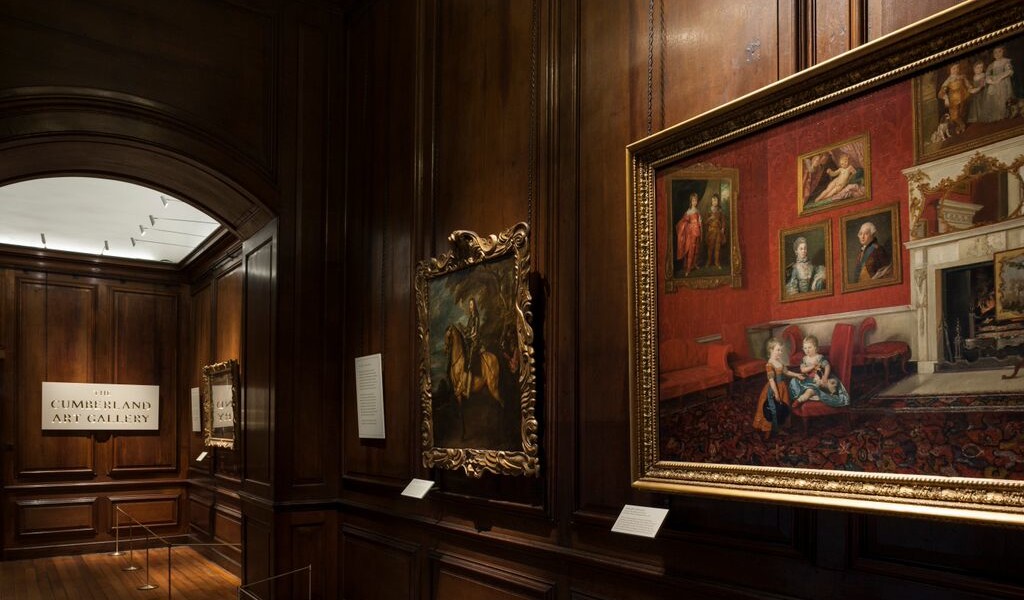 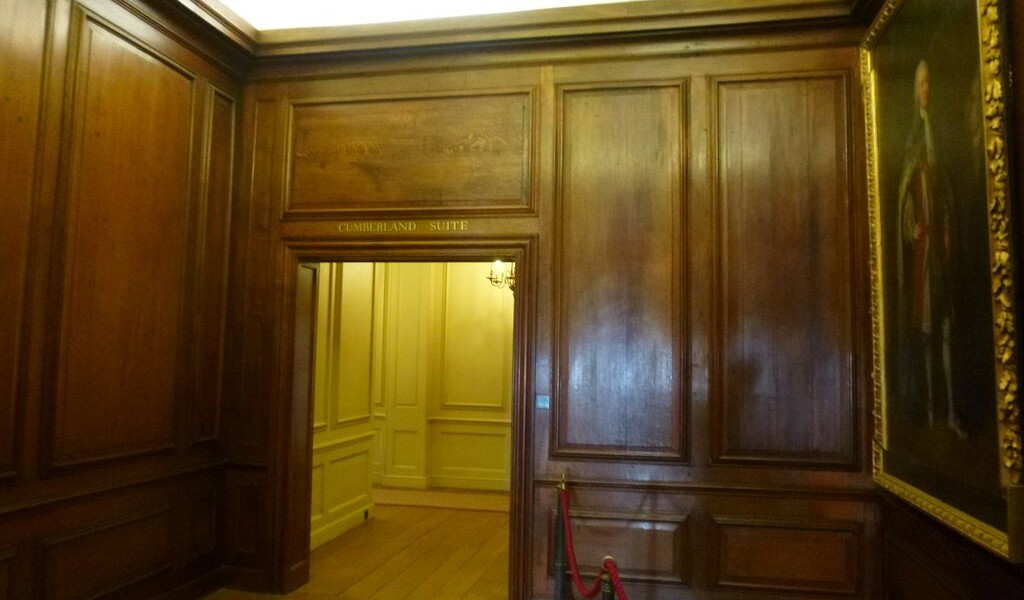 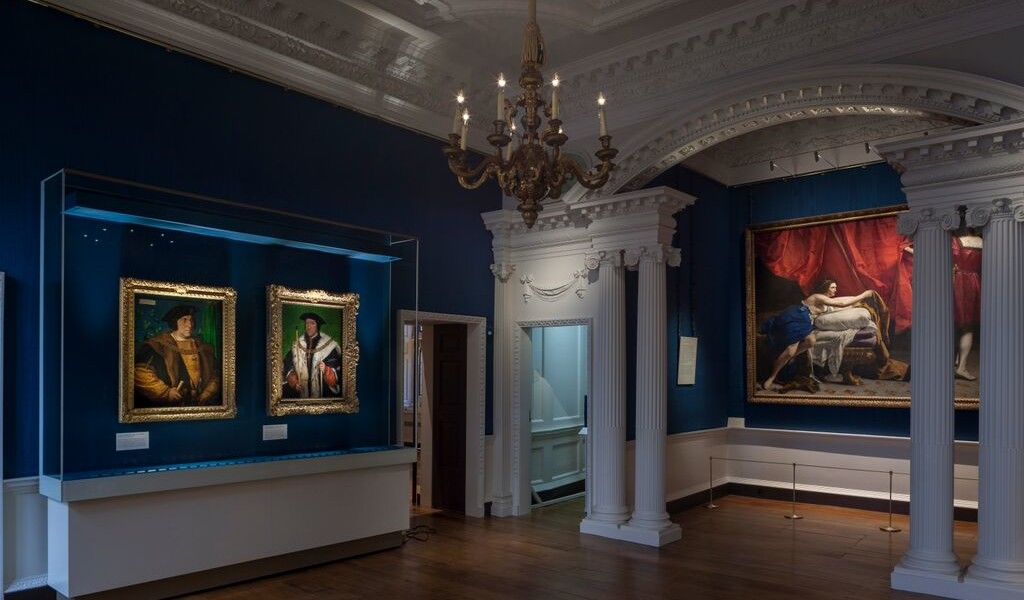 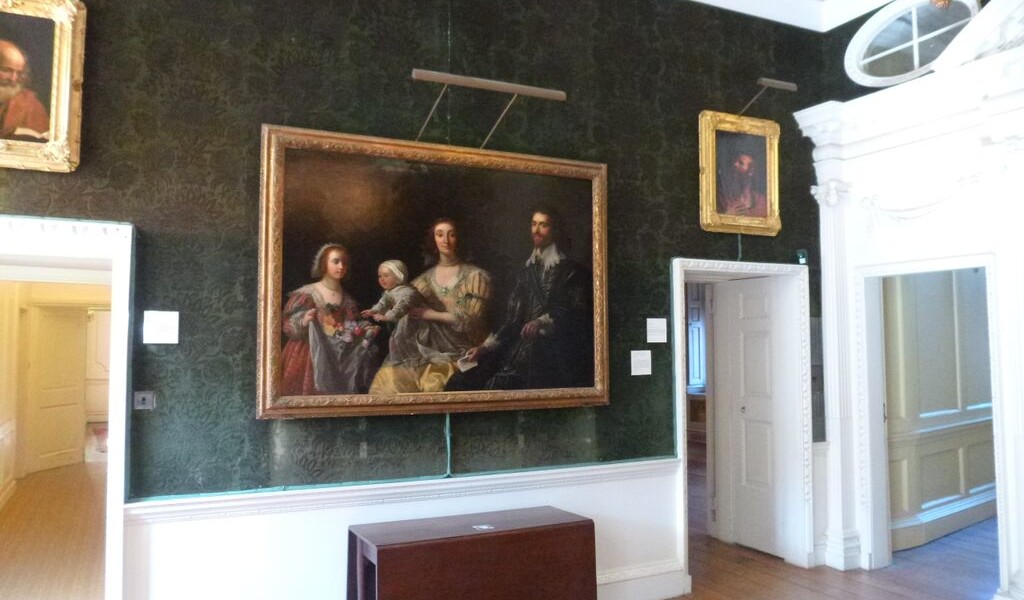 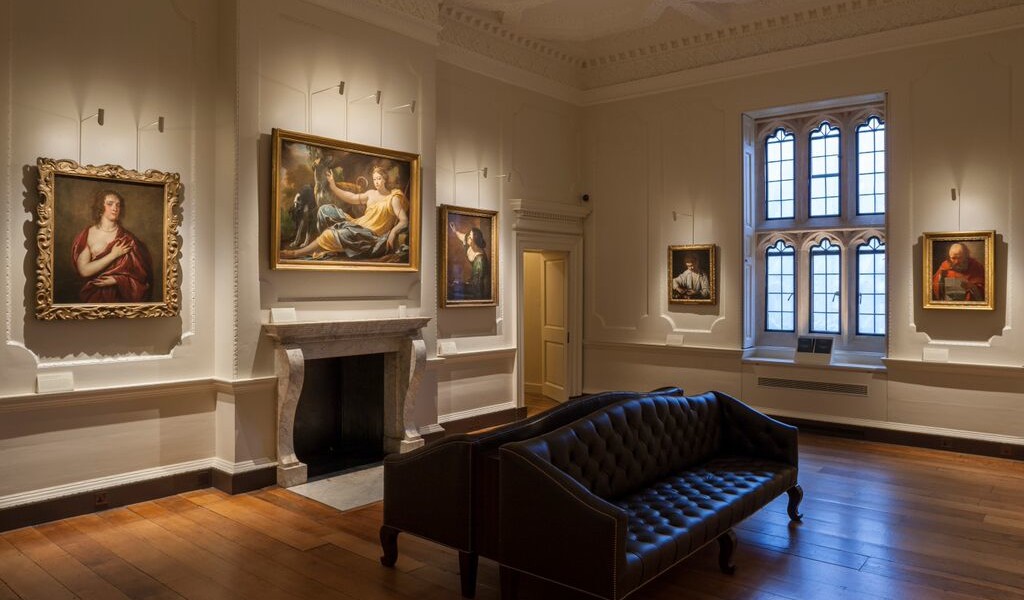 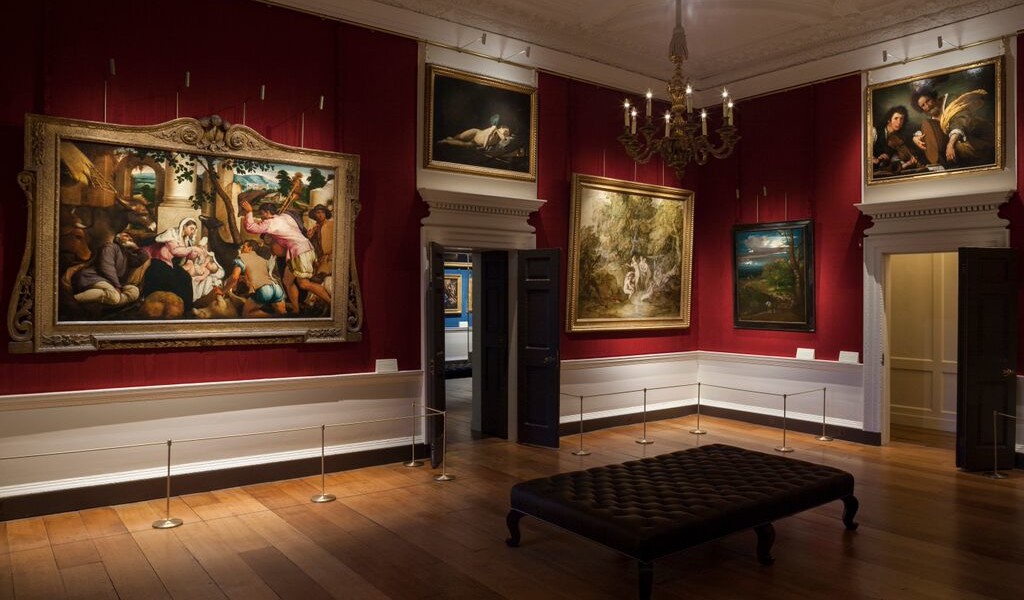 The team undertook a comprehensive paint analysis programme which revealed useful information about the developmental history of the rooms. In the Withdrawing Room, ghosting marks of a Georgian panel moulding scheme were found in underlying paint finishes. Rather than re-cover all the walls in fabric (the room was originally tapestry hung), the part panel moulded arrangement with a painted finish was reinstated. We overlaid a thin veneered board on the flush historic panels and applied a new panel moulding of appropriate provenance. The completed scheme is historically appropriate but remains reversible, protecting the ancient paint.

The paint analysis of the Presence Chamber determined that the existing gilded finish to the panel mouldings was not appropriate, dating from the 1960s, and identified that doors and skirtings had been finished in chocolate brown in the Georgian period. Throughout, this Georgian decorative scheme has been reinstated, so that what the public see in this room is as close as possible to what the Duke of Cumberland would have seen.

The work was undertaken using traditional carpentry, joinery and upholstery skills. Efforts were made to avoid disturbing the joinery, panelling and ceilings provided there was no evidence of adverse defects to the fabric. Where repetitive elements such as floor boards had to be lifted, each piece was numbered and stacked so they could be reinstated in original arrangements. With the wall panelling, the temptation to over-repair was avoided so that re-finishing would not be necessary and the patina of age could be retained.

The reinstatement of panel mouldings in the Withdrawing Room required careful research and hand carving of new lengths. The design was based on a panel moulding from Houghton Hall in Norfolk and detailed surveys were undertaken by HRP buildings archaeologists.

Converting the suite into an art gallery, lighting specialists Hoare Lea designed a subtle lighting scheme that is both flexible and appropriate for displays. To achieve the precise lux levels required for the art, LED spotlights were incorporated into new picture rails. Each picture rail was specified in an arrangement that avoids the need for direct fixings to be made to the historic panelling. Stone windows are lit with LED uplights discreetly located on the window sills. Additional spotlights positioned on the ceiling roses accent the artwork and allow the chandelier lamps to be dimmed to avoid glare.

The refurbished apartments now form a stunning backdrop to display artworks from the Royal Collection. Paintings currently on display broadly reflect the years that Hampton Court was used as a royal residence, from the Tudor period to the mid-1700s, and include works by Holbein, Van Dyck, Rembrandt, Caravaggio, Bassano and Gainsborough.

Both HRP and Purcell are extremely pleased with the completed scheme and since it opened in November 2014 the Cumberland Art Gallery is welcoming more visitors than ever before.