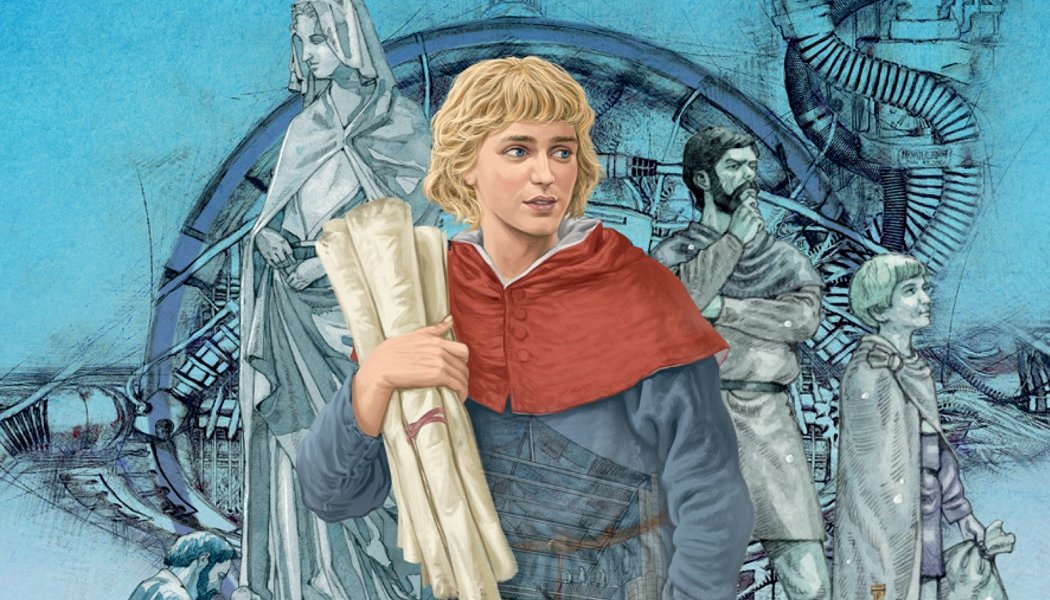 Next month The Salariya Book Company will be publishing a new narrative non-fiction series under its fiction imprint Scribo that mixes sci-fi, history and adventure to potent and innovative effect. Prepare for epic adventures with the thrilling and stunningly colour-illustrated Timeslip series by Dan Scott.

In a future where history has been forgotten, time travellers are transported through time and into the bodies of people from the past in order to gather knowledge about vanished historical eras and rebuild humanity’s memory.

The concept behind the series was to develop a way of making the subject of history appeal to young readers who may be reluctant to engage with the past. By emphasising the excitement, danger and high-stakes of what occurred, and treating each historical depiction as if it was a science-fiction-tinged adventure story, we created informative books that have an immediacy and edginess to which young readers will respond positively. 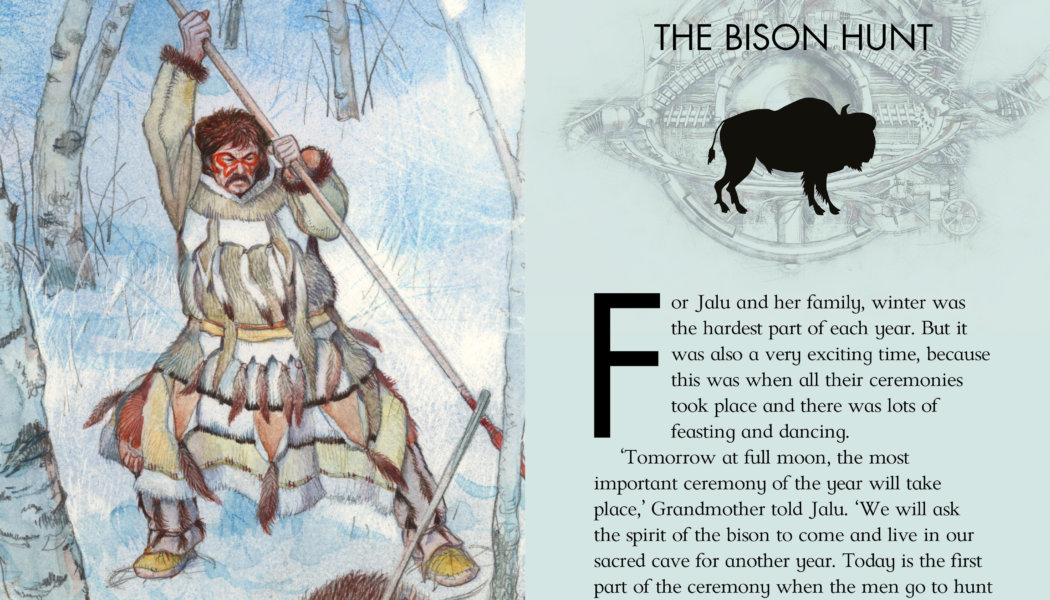 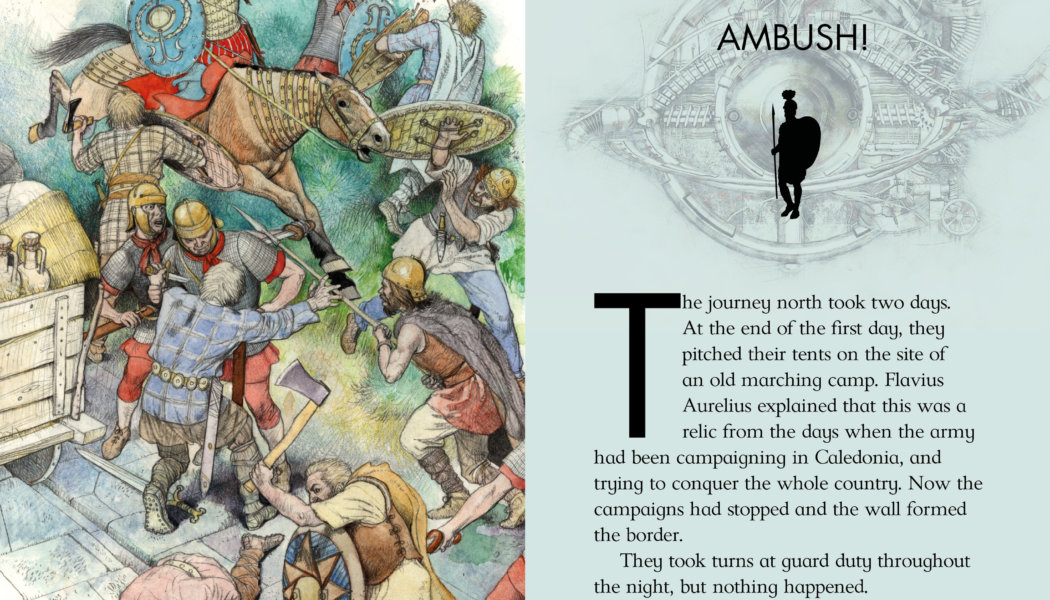 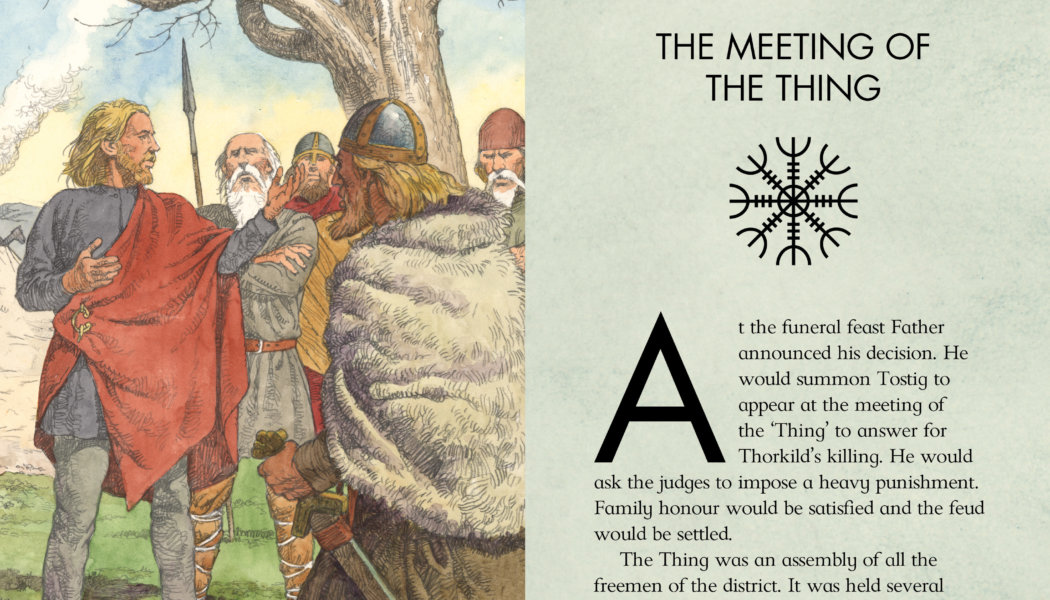 The story in each title has a unique atmosphere, setting and narrative arc that will prompt children to want to explore all four volumes.

In Blood Feud, time traveller Edward Cosmo sees the world through the eyes of a Viking family who make the perilous journey across the North Sea from Scandinavia in order to settle in York.

In Soldier of Rome, time traveller Mark Neutron sees the world through the eyes of a young Roman legionary who leaves his home and family in around AD 250 to travel to Hadrian’s Wall.

In The Architect’s Apprentice, time traveller Stephen Solo sees the world through the eyes of an architect’s apprentice in 1245 as he assists with the construction of two of France’s most iconic cathedrals.

In Life Below Zero, time traveller Jane Quasar sees the world through the eyes of an Ice Age tribe of cave dwellers as they hunt wild and dangerous beasts for survival and cope with the hardships of Stone Age life. 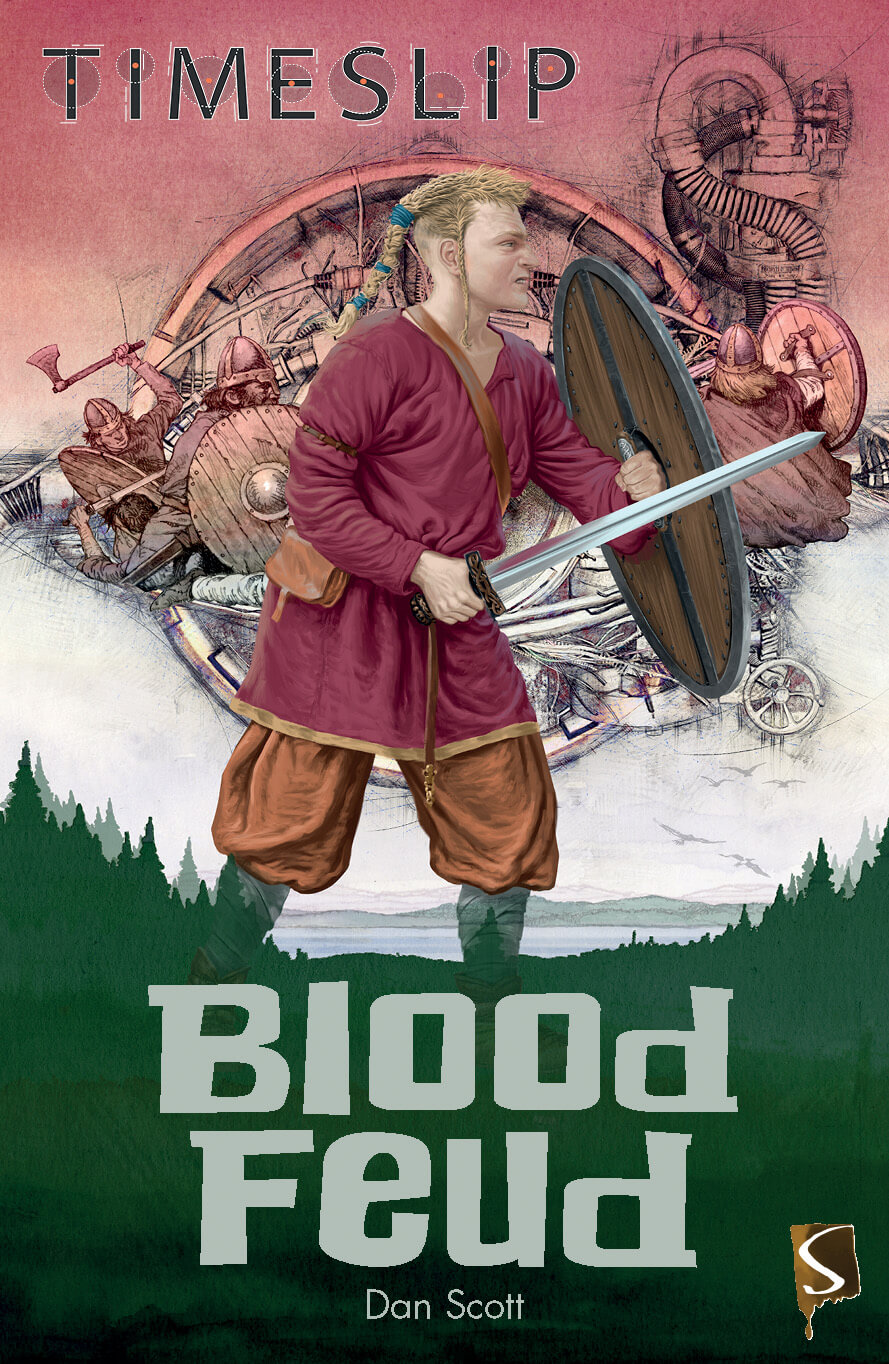 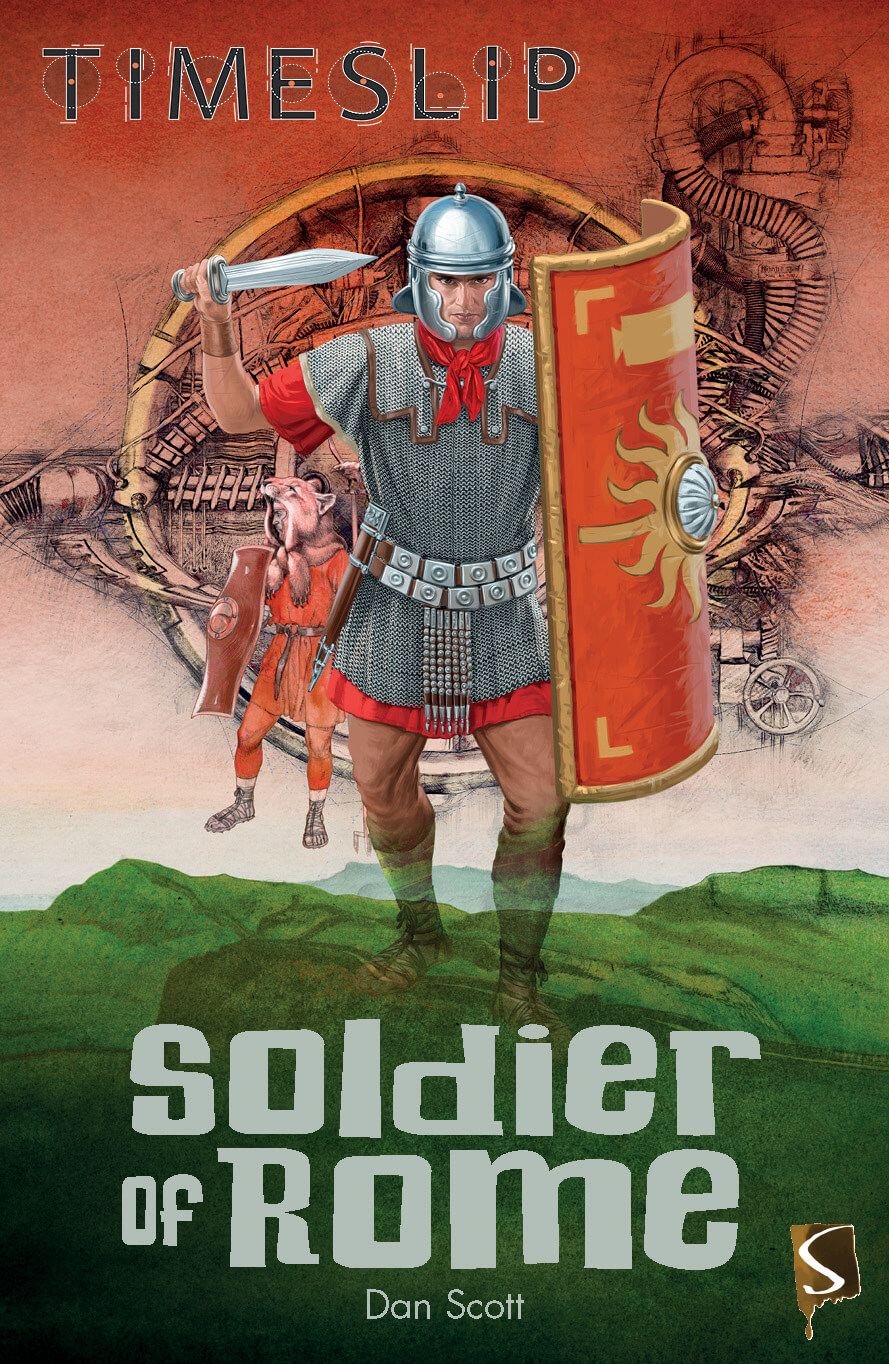 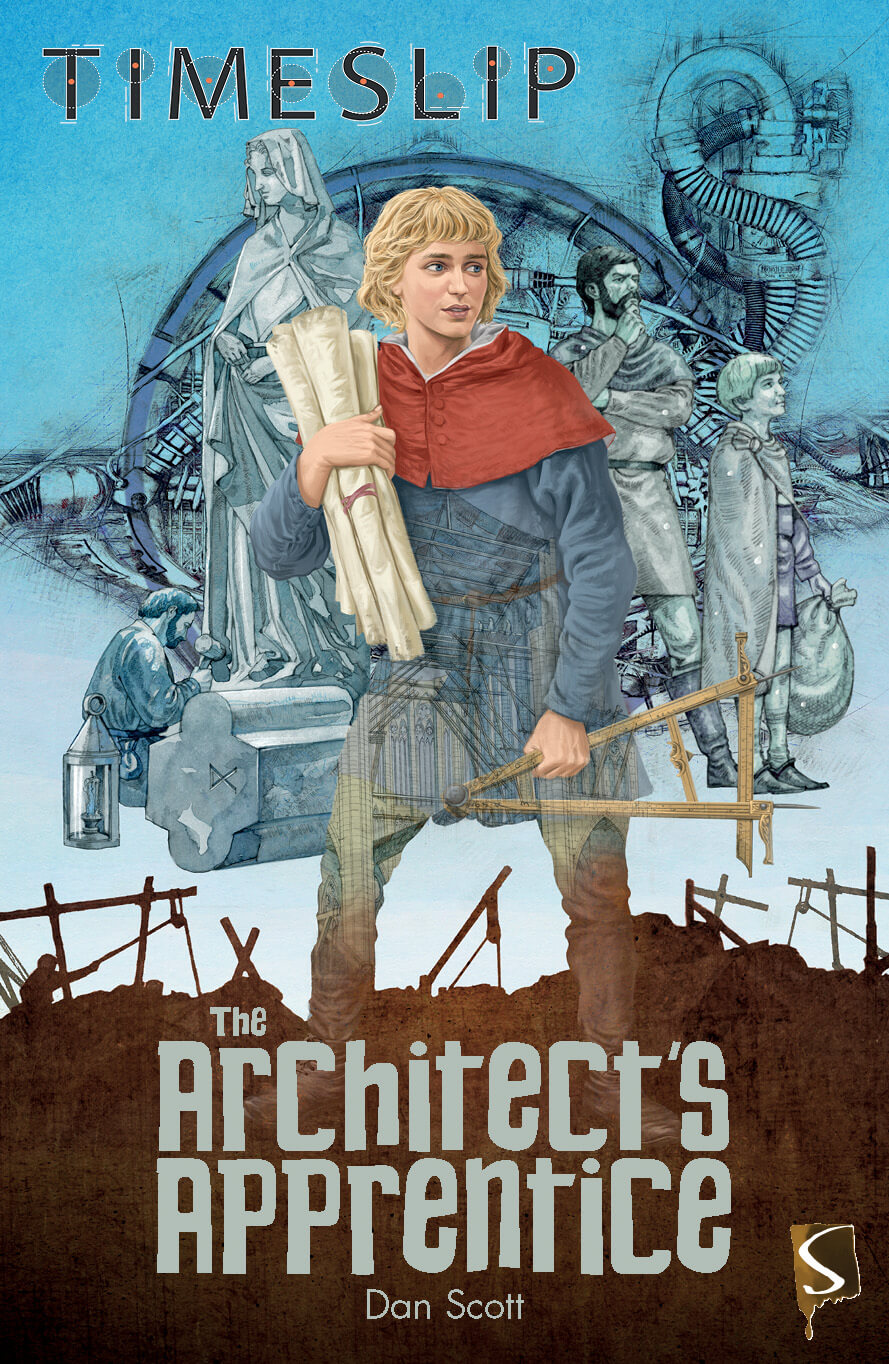 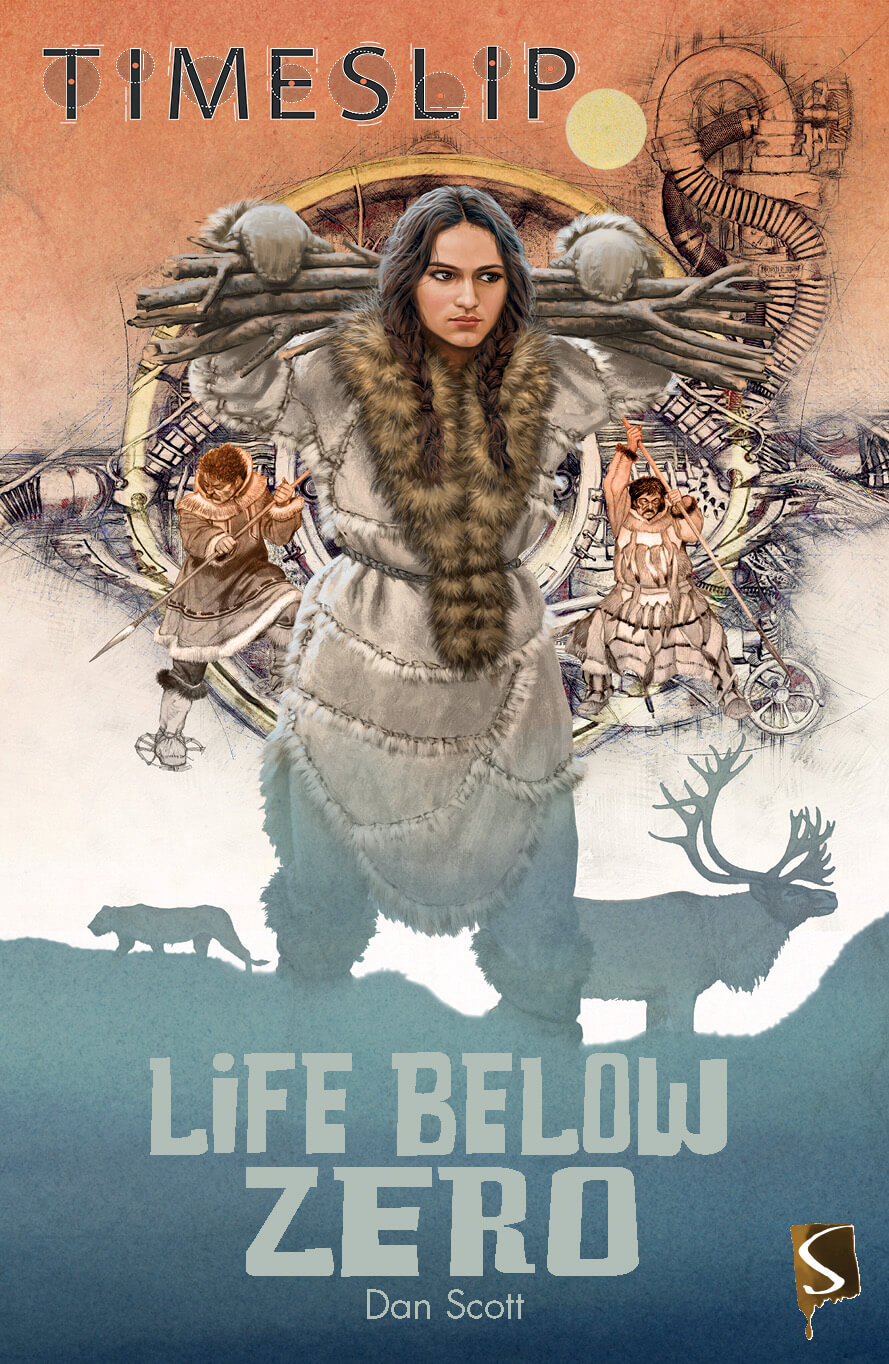 Alongside the engrossing stories, each volume features additional bite-sized chunks of contextualising information about the culture of each historical period, a timeline, a map, a ‘visual archive’ featuring annotated illustrations of artefacts from each period, a glossary and an index.

All four volumes in the Timeslip series will be available in fully colour-illustrated paperback editions, 96 pages each, priced £6.99.