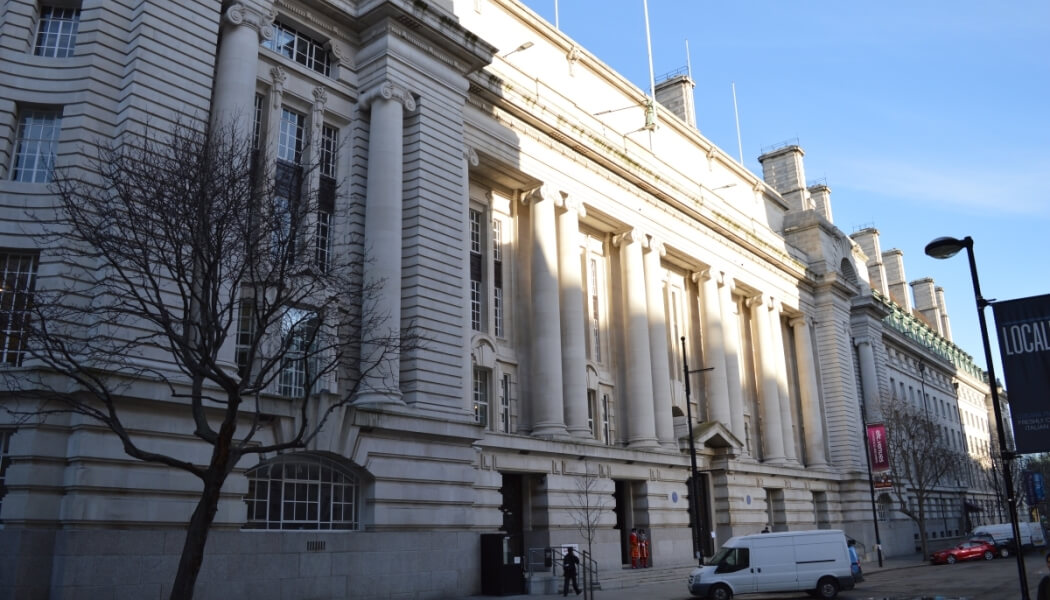 The former headquarters of the Greater London Council, an iconic Grade II* Listed building gets an energy efficient facelift from Selectaglaze

County Hall has had a colourful life with construction starting in 1911, and was twice interrupted by the First and Second World Wars and not completion until 1958, and early excavations even uncovered the bottom of a third century Roman ship.

For 64 years, County Hall served as the home of the British Government, in the form of the London County Council, and thereafter the GLC (Greater London Council) and ILEA (Inner London Education Authority). Under the new proprietors, County Hall has transformed into a vibrant mix of hotels, offices and visitor attractions. The main Riverside Building houses the London Aquarium, London Dungeon attractions as well as the Premier Inn and Marriott Hotels.

In 2016, London venue company ‘etc.venues’ announced plans to open a conference and event space in County Hall. Based on the fourth floor with stunning views across the Thames, the venue launched in January 2017. It features 20 multi-purpose interconnecting spaces including two river fronting suites for groups of up to 900.

Shortly after obtaining the lease for the south section of the fourth floor, ‘etc.venues’ appointed Synergy Architects and Jestico & Whiles as executive and design architects respectively.  A bespoke solution was necessary for acoustic and thermal insulation. An important aspect of the client’s brief was careful restoration of the period features. For example, the original steel windows are cleaned from the inside, so this facility had to remain. The nature of the business and the noisy external environment required a demanding level of sound attenuation and compliance with BREEAM requiring special measures to reduce heat loss.

Synergy Architects turned to Selectaglaze, the leading provider of secondary glazing, to install thermal and acoustic efficient secondary glazing, except where there were dado rails, which the conservation officer was keen to preserve.

Because there were no rising ducts of a satisfactory size, air needed to be supplied and extracted through the existing windows. Only windows facing onto the light well or the courtyards could be used and subsequently the top panes of most of the windows facing into the light wells were boxed in and used for ventilation openings. Secondary glazing was therefore only required to the lower part of these windows.

Main contractor KPS Partnership Ltd organised a successful trial with Selectaglaze samples. Next, Selectaglaze installed a total of 148 secondary glazing units which were a combination of horizontal sliders and lift-out units. Those units exceeding 1600mm high were fit with a 6mm toughened low-E glass. A minimum glass to glass cavity of 150mm allowed for optimal noise reduction.  All aluminium profile and timber grounds were powder coated in a matt grey finish.

The positive installation of secondary glazing has enhanced business prospects at ‘etc.venues’, with conference rooms, event suites and bars now providing an ambient and warm environment to suit any event requirement.

Established in 1966 and Royal Warrant Holder since 2004, Selectaglaze is the leading specialist in secondary glazing. It boasts a wealth of knowledge and an extensive rangeof products to suit all project types. A free technical advisory service and a RIBA approved CPD is offered to architects and designers.

Selectaglaze will be exhibiting at London Build, Olympia between the 25th and 26th October 2017. This two day event brings together experts from the built environment to share and learn facts about their industry. The Selectaglaze team can be found at Stand F29.