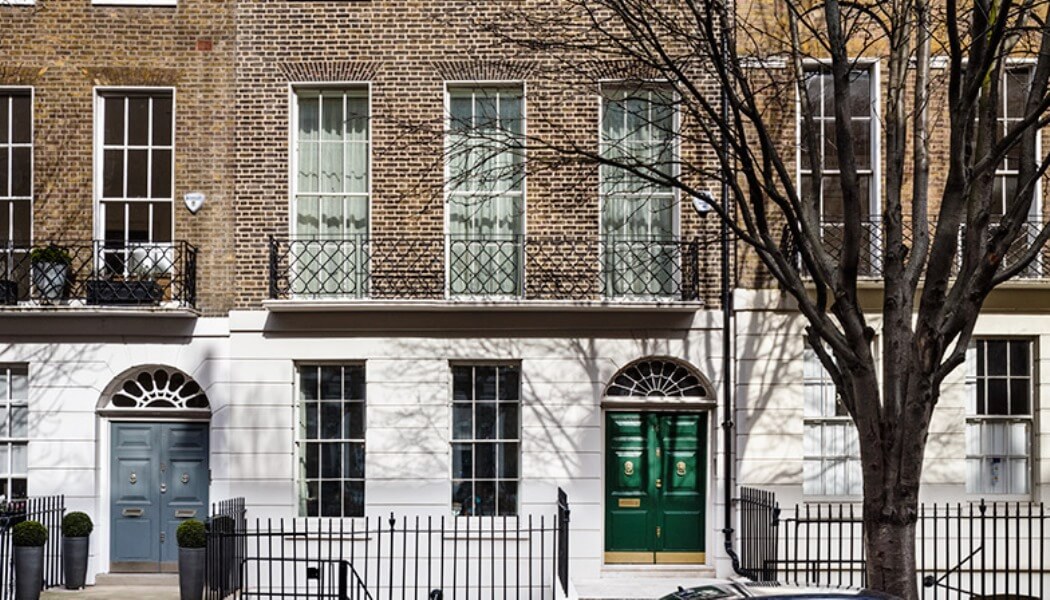 A Grade II Listed Georgian townhouse in London’s Bloomsbury has been converted into a comfortable, peaceful and energy efficient home with the assistance of Selectaglaze secondary glazing to Passivhaus EnerPHit standards

Selectaglaze achieved this by using modern insulation techniques including an advanced secondary glazing system from Selectaglaze that markedly improves the performance of the traditional, single glazed sash windows.

The client specified that the home’s energy usage should be minimal, whilst offering a comfortable environment. Robert Prewett of Prewett Bizley Architects took on the challenge of convincing conservation officers that a Grade II Listed building could be fitted with a host of energy saving measures while respecting all the historic features.

The large single glazed sash windows were a particular test as they signified a substantial proportion of the wall area and could not be replaced. The answer therefore was a bespoke secondary glazing solution due to the extremely high levels of insulation required, the aesthetics and the need for working shutters in some rooms. 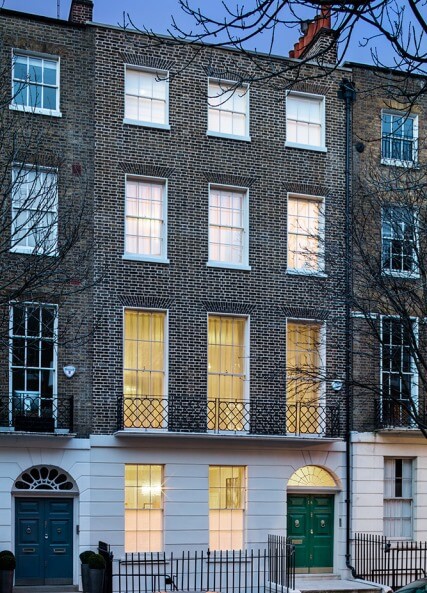 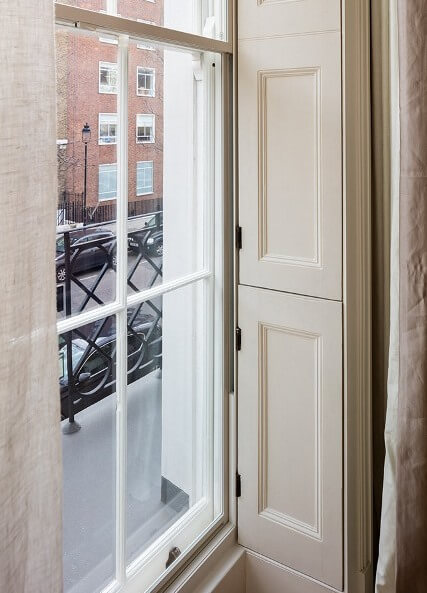 The original proposal Robert approached Selectaglaze with was a totally new design but coincidentally the company was both developing a new sash window design and trialling Pilkington’s Spacia thin vacuum units which have a centre pane U-value of 1.0. The resulting Series 25 window proved perfect for the project as it offered high sealing efficiency, a very low U-value and a discrete frame with a specially developed slide catch allowing shutters to fully close. Now, the house has air tightness close to 1 air change per hour at test pressure which reveals that the secondary glazing is performing very well.

The time needed to obtain consents and the complexity of the project meant that a section of the building had to be inhabited before the secondary glazing was fitted. As a result, the owner experienced the change in comfort levels offered by the original window and with the secondary glazing in place. There was a remarkable difference and what was also evident was the almost complete removal of road noise. This had not originally been identified as a significant problem but the absence of noise undoubtedly added to the comfort.

Monitoring tests will now assess the efficiency of the scheme over time but in the meantime, there has been a transformation that provides a modern comfortable home environment within an historic building.

Selectaglaze has 50 years’ experience working on all types of buildings from Listed museums to new build hotels. Selectaglaze works closely with clients to ensure their requirements are met to make buildings warmer, quieter and safer.