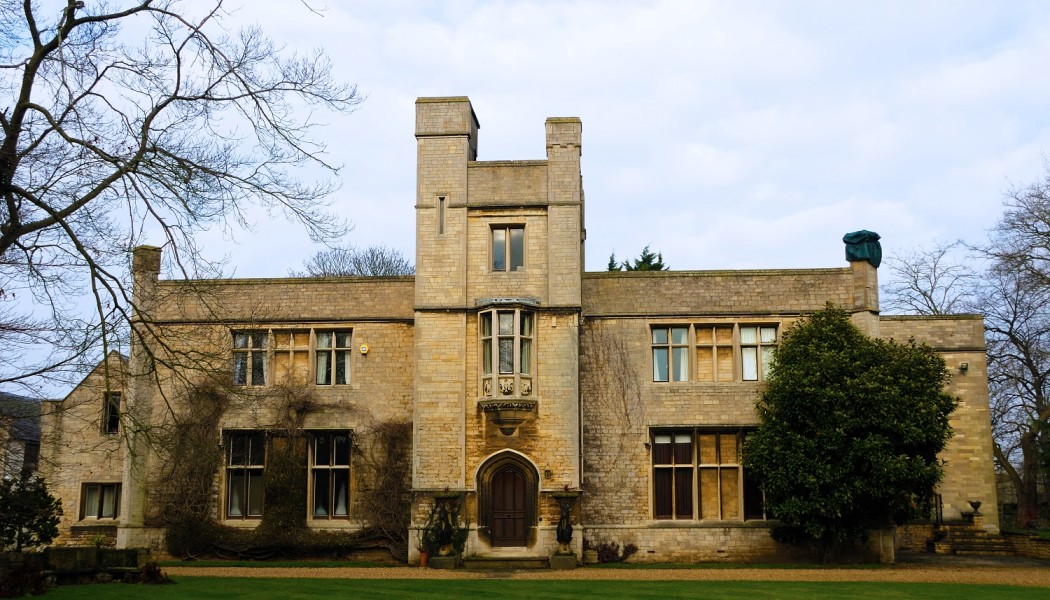 Set amid four-and-half acres of land this stunning Grade II Listed building in Peterborough, built for W Lawrence Clark of the Peace for the Liberty of Peterborough in 1841 and 1847, has had some fascinating occupants and visitors in its time

From 1901-1996 the house belonged to the Hartley family and was the childhood home for novelist LP Hartley whose most well-known novel is ‘The Go-Between’. The property hosted many important meetings such as the League of Nations annual meeting in 1937 – known today as the United Nations.

Regrettably this grand house fell into disrepair and was vandalised whilst left unoccupied for a few years. The Hartley family was approached by a few interested parties to purchase the property and its grounds, one wanted to convert it into a casino and another into a nursing home. However, a family succeeded in buying the property and took on the onerous task of restoring it for their family home.

“It was going to be an enormous project,” said the owner. “With a huge amount of work to be carried out on the house and in the grounds. Old characteristic buildings like this come with their own challenges.”

The traditional brick building is spread over many levels, has high ceilings and a number of different sized original single glazed windows throughout the house, which rendered it thermally inefficient, cold and draughty.

“After repairing the roof and making a number of other essential repairs, we researched the options to address the windows, which were letting a great deal of heat escape through poor seals and the thin glass. As the building is listed, our options were limited, so a relation recommended we made contact with Selectaglaze who specialise in secondary glazing.”

A technical advisor from Selectaglaze visited to make an initial assessment of all the windows that needed to be treated. The task was made difficult due to the number of different sizes and the composition of the original windows; some metal frame, some wooden. The owners were also keen to try and colour-match the secondary frames to make them as unobtrusive as possible.

A total of 40 windows have been treated thus far using a selection of three window styles; hinged, sliding and lift-out, in three different colours. A number of windows with working shutters were treated with Selectaglaze’s ultra slim Series 47 hinged system which was able to sit tight behind the shutters allowing continued operation.

“We were extremely happy with our decision to use Selectaglaze,” said the owner. “The technical advice was second to none and the products look fantastic – even though we hardly notice them now! The installers were efficient, on-time, extremely friendly and very tidy. We have treated the windows in a number of key areas in the house and have already seen an improvement in our levels of comfort and in the heating bills. We hope to be treating the remainder of the windows in the not too distant future, but in a property like this, there is a never ending list of jobs and repairs to be carried out”.

Selectaglaze are the leading specialists in secondary glazing, established in 1966 and Royal Warrant holders since 2004. They boast a wealth of knowledge and a range of extensive products to suit all projects from listed properties, to new builds. The Company offers a wide range for tested products covering acoustic and thermal performance as well as protection against intruder and blast mitigation. A free technical advisory service is offered and a RIBA approved CPD is available to Architects and Designers.