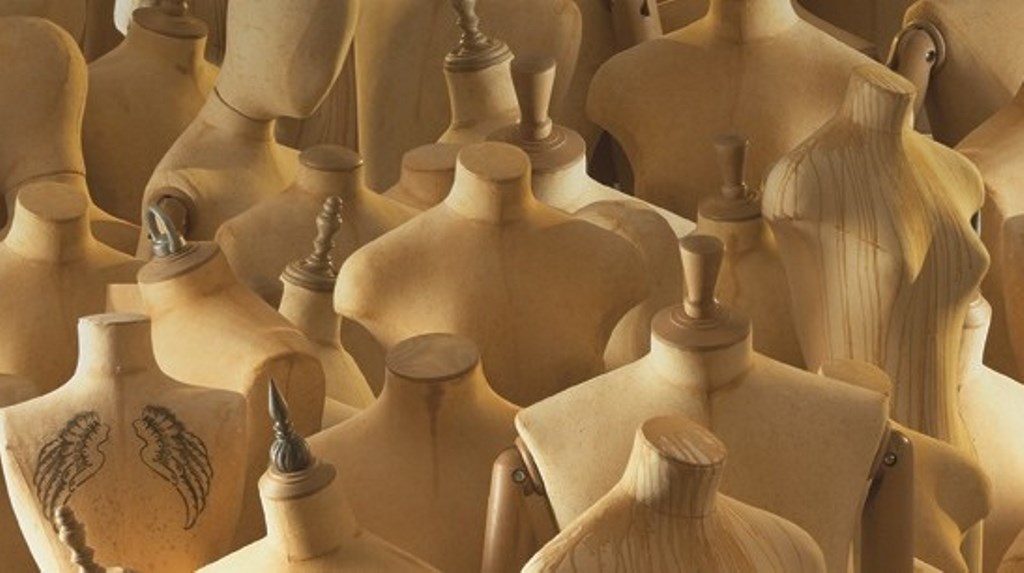 Stake in the ground time for proportion > london

Visual merchandising design company proportion>london, has put a stake in the ground to protect its creative credibility by taking legal action against Far Eastern copyists

It’s a determined move by its new owners to show they intend to protect the business’s valuable heritage and creative expertise. Frustrated with their creative work being directly copied by Far East sources, Tanya Reynolds and Antonia D’Marco, new owners of proportion>london, put a stake in the ground during 2014 by successfully suing Chinese mannequin copyist Qingdao Deliya – trading as Global Mannequins – for breach of copyright laws.

A tough task, but one the determined owners will not shy away from, going forward. Sales Director Antonia D’Marco said: ‘We will take future action against anyone who copies our designs. We have a team of creative artists at proportion>london whose work we must protect.”

It’s a problem that’s seeing the best quality producers – usually a more competitive bunch – band together to share information and legal teams to help protect the industry from copyists. In 2014, Italian designer Bonaveri successfully stopped Shanghai Chaunfa Mannequins from copying and unlawfully selling its Schlappi mannequin designs. When it won its case, Bonaveri mailed the chiefs of every quality mannequin company in Europe and the US offering its help and legal connections to anyone who needed it.

Creative Director, Tanya Reynolds, states that due to the company’s Clerkenwell base being at the heart of London’s creative hub, it’s able to tap into embryonic trends before they go global, resulting in a product that is at the front end of the design curve for the VM industry.

For Reynolds and D’Marco, the need to protect the artisanal heart of the company is embedded in their creative DNA. The pair aim to put the authenticity of mannequins at the top of the agenda for both the luxury and value end of the industry. Reynolds said: “We’ve seen our work copied and we’ve even been asked to copy other makers work, it’s theft, and why would brands want to endanger the reputation of their product by getting involved in fraudulent behavior in mannequin supply?”

In a world where supply chain transparency is increasingly on the consumer’s agenda, particularly in fashion, it’s a valid point to consider.

D’Marco hopes VM clients will help share the responsibility when they consider where to buy their mannequins. The timing is pertinent, as heritage and authenticity are key purchase drivers for consumers. Might ‘who made your mannequins?’ be the next question asked by consumers of a brand, as clearer transparency is demanded out of supply chains?

All very well if you have the budget, you might be thinking, but D’Marco is keen to point out that proportion>london is market-level sensitive, with an ability to value cost-engineer product to suit every purse. “We can be creatively exciting on anyone’s budget, without compromising on ethics.”

Reynolds increasingly sees proportion>london’s strong creative heritage being used to support a brand’s story.  “Our own company history and rich creative environment is something brands should tap into to support their own stories. We’re very proud of our company heritage, original designs and talented artisan workforce and the incredible work it does.”

In another fashion life, ‘fast and cheap’ was the accepted norm for both garments and the accompanying mannequin and VM support. But today’s consumers have changed; retailers who compromise on business values because of budget are likely to be viewed adversely by consumers who hold authenticity and honestly as key purchase benchmarks.

Reynolds and D’Marco are confidant retailers will take the issue of illegal copyists seriously.

Proportion>london moves to new space fit for the future