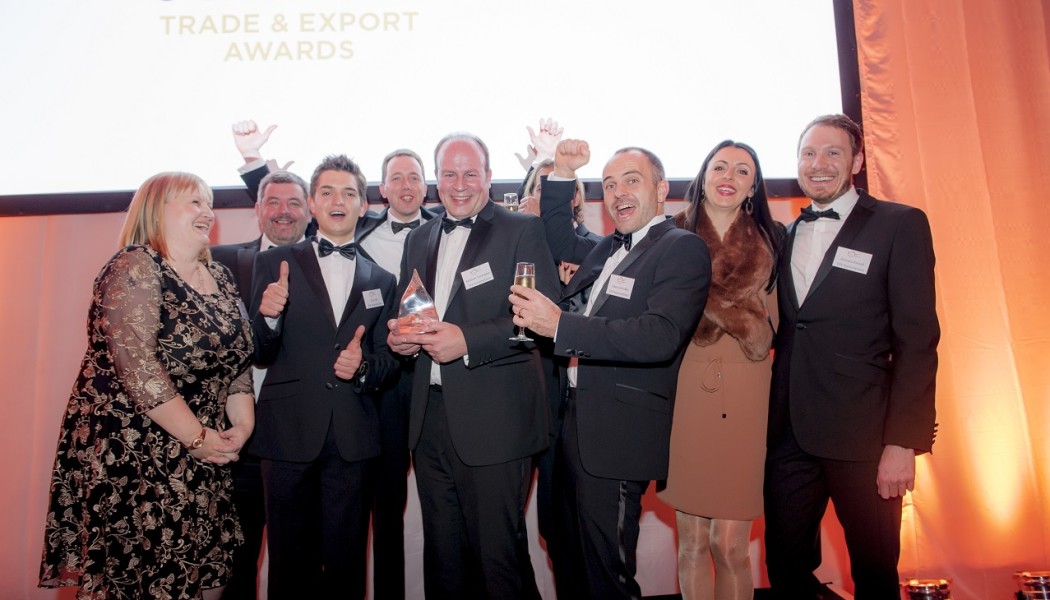 The 19th edition of the prestigious Golden Bridge Trade & Export Awards for outstanding achievements in exporting between the UK and the Benelux were presented by the Belgian-Luxembourg Chamber of Commerce (BLCC) and the British Chamber of Commerce in Belgium. The overall winner was Soudal NV from Belgium and Ignition from the UK.

The Jury were impressed with how Syx Automations had been able to convince major UK attractions to choose their software solution over British competitors. Prestigious projects include the Shard and the National Maritime Museum.

Syx Automations received its award from Glenn Vaughan, Chief Executive of the British Chamber in Belgium. Syx Automations is active in the field of leisure management software for the leisure market such as zoos, museums and theatres. Furthermore, they have headquarters in Ypres (BE) and offices in Nijkerk (NL), London (UK) and Ahmedabad (India).

The purpose of the event is to encourage exporting efforts to and from the UK and at the same time to give Belux and British products and services a higher profile abroad. Its success has shown the need to provide Belgian, Luxembourg and British companies with a platform to prove their achievements on their respective export markets.