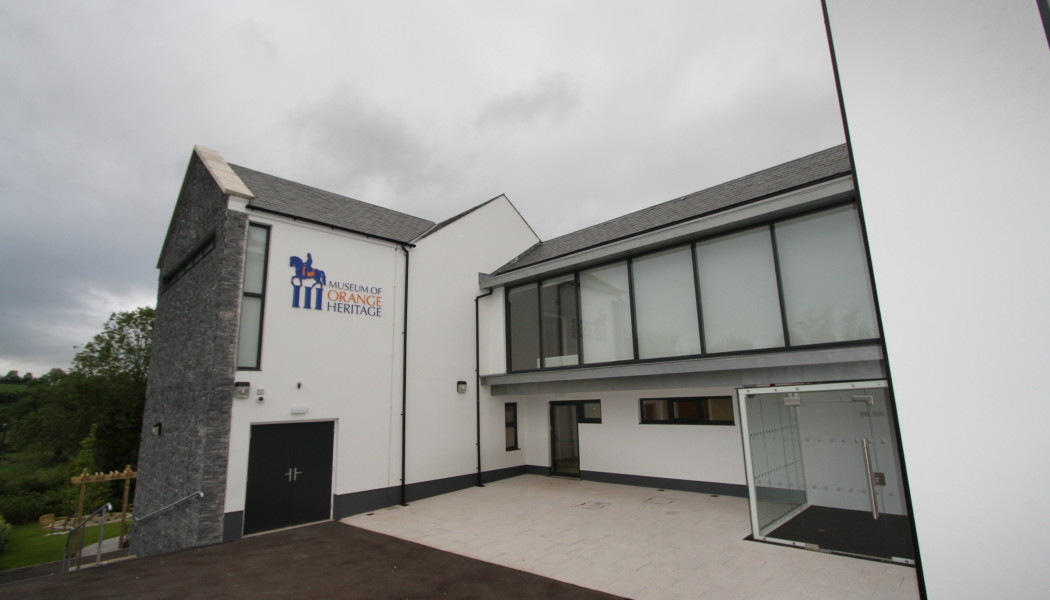 hsd provided interpretative design and advised the Orange Order on how their collections and assets could best be preserved and presented in the two new museums; Schomberg House, Grand Orange Lodge Headquarters, and Sloan’s House. Both opened to the public at the end of June.

Dr Jonathan Mattison, Museum Curator at Grand Orange Lodge of Ireland said: “Both facilities will allow us to preserve and present the impressive historical collections of the Orange Order, as well as promote understanding through interpretation and the creation of shared space.”

The story at Schomberg House, in Belfast, focusses on the Orange Order. The house covers the story of the ‘Orangeism’ from the ‘Glorious Revolution’ to the present day and the ‘Globalisation of the Order’.

The primary exhibition space of Schomberg House is divided into four main themes and 16 subthemes. The common thread throughout the gallery is the global context of ‘Orangeism’. Topics such as values and traditions including drumming, banner making and parading are explained. One of the interactives, to show how long the Order has been parading, is a recreated stereoscope. This interactive shows visitors old parades and the physical artefact also shows the technology of the past. 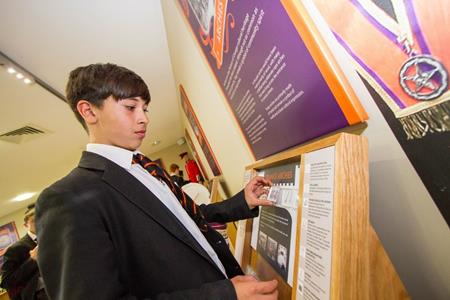 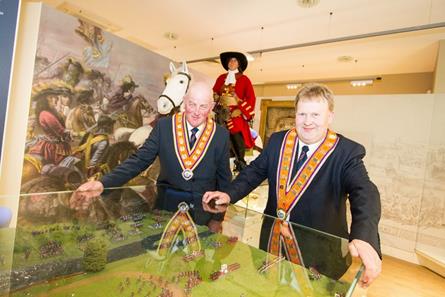 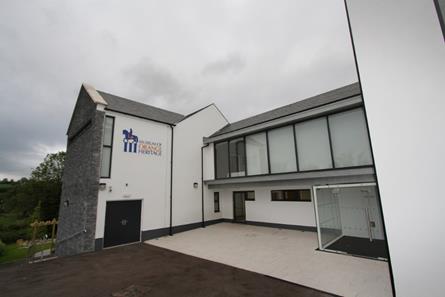 Sloan’s House, in Loughgall, places more emphasis on the ‘Beginnings of the Foundation’ and the local community. Sloan’s House is very significant in the history of the Order, and in particular Sloan’s Parlour, as it was there that, in September 1795, James Sloan drew up papers which led to the establishment of a defensive association of Protestants that would become the Orange Order. This parlour has been reconstructed, showing a snapshot in time when the warrant was signed. In a theatrical setting visitors will see the original table along with items from the Order’s collection significant to that day.

Jan Faulkner, Director and Partner at Haley Sharpe Design, said: “We are delighted to have been able to expand upon our portfolio of work in Northern Ireland. It has been a real pleasure working with the Grand Orange Lodge and their unique collections. King William’s Riding Gloves and the Mammoth Goblet are fascinating objects with personal stories, real key objects for visitors to go and see.”

The Grand Orange Lodge of Ireland received £3.6 million from the Special European Union’s Peace III Programme, managed by the Special European Programmes Body, to realise the two new museums. Part-funding for the project was provided by the Department for Social Development and the Department of the Environment, Community and Local Government, in the Republic of Ireland.