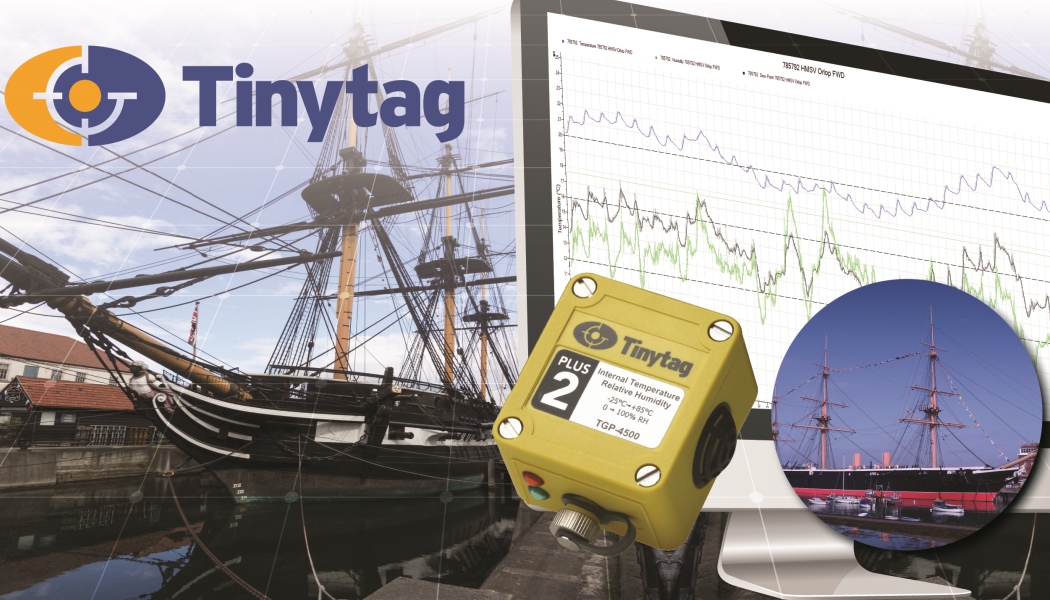 Following great success from the monitoring programmes on board HMS Victory and HMS M.33, Tinytag Plus 2 data loggers have now been installed on HMS Warrior and HMS Trincomalee

Monitoring temperature and relative humidity is essential to aiding the conservation of historic ships and sensitive items on board. The National Museum of the Royal Navy has recently acquired a number of new Tinytag Plus 2 data loggers to extend their conservation work to more historic British battleships.

The HMS Victory Conservation Project involves major work to HMS Victory, Vice-Admiral Lord Nelson’s flagship, to ensure its preservation for the next fifty years. The conservation project has recently expanded to include a weather station, situated on the dockside outside the ship, which allows outdoor conditions to be tracked alongside conditions on board.

By cross-referencing the data recorded by the loggers with that recorded by the weather station, Head of Conservation Diana Davis and her team have been able to determine that changes in the weather are the main factor behind long-term environmental patterns on board. Analysis of the rate of change in conditions internally and externally has allowed the team to calculate the lag times between the two, showing how quickly or slowly a change in the weather affects different areas of the ship. This vital information has helped the team to identify which areas are the worst affected by outdoor conditions, and enables them to take informed action to protect the Victory and its contents. 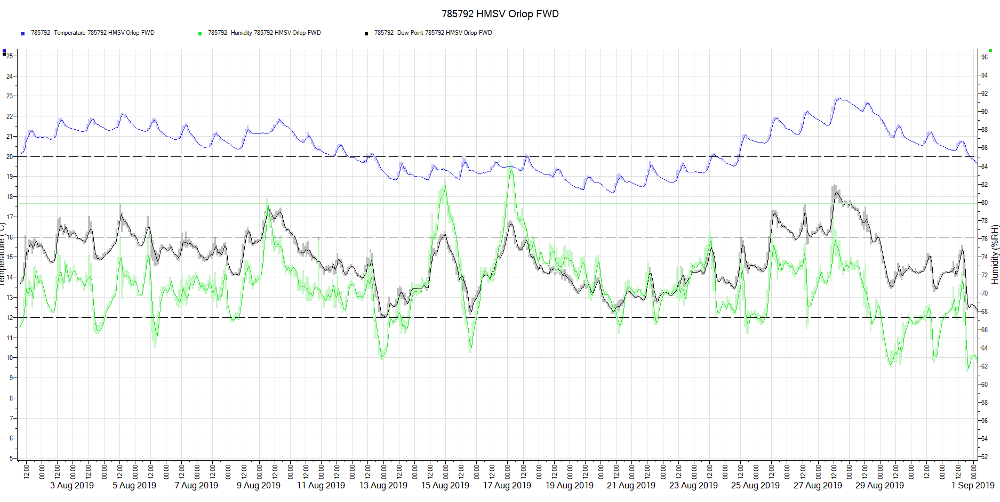 Tinytag data loggers have also been used on board HMS M.33, the sole remaining British veteran of the Dardanelles Campaign of 1915-1916 and the Russian Civil War, and one of just three British warships from World War I still in existence. Its metal hull means that interior temperatures can fluctuate hugely throughout the year – from a high of 51°C in the summer to a low of -5°C in the winter. Continuous, year-round monitoring using the Tinytag Plus 2 data loggers allows quick and predictive responses to damaging conditions resulting from the extreme temperatures such as overheating, condensation and damp.

The conservation team were pleased with the performance of the Tinytag Plus 2 data loggers on board HMS Victory and HMS M.33 and have now installed devices on two more ships: HMS Warrior and HMS Trincomalee. “The Tinytag temp/RH data loggers we installed on HMS Victory and HMS M.33 have been very successful in letting us track the environment within these ships” says Diana Davis. “Since the Tinytags have been successful on these two ships, we have also now installed the same model of loggers on HMS Warrior (1860), aﬂoat here in Portsmouth, and on HMS Trincomalee, at The National Museum of the Royal Navy Hartlepool, the oldest British sailing ship still aﬂoat.”

The same type of temperature and RH data is being gathered on board these vessels to track internal conditions. The data is being used to predict when problems might arise and to inform the better preservation of the ships and their contents.