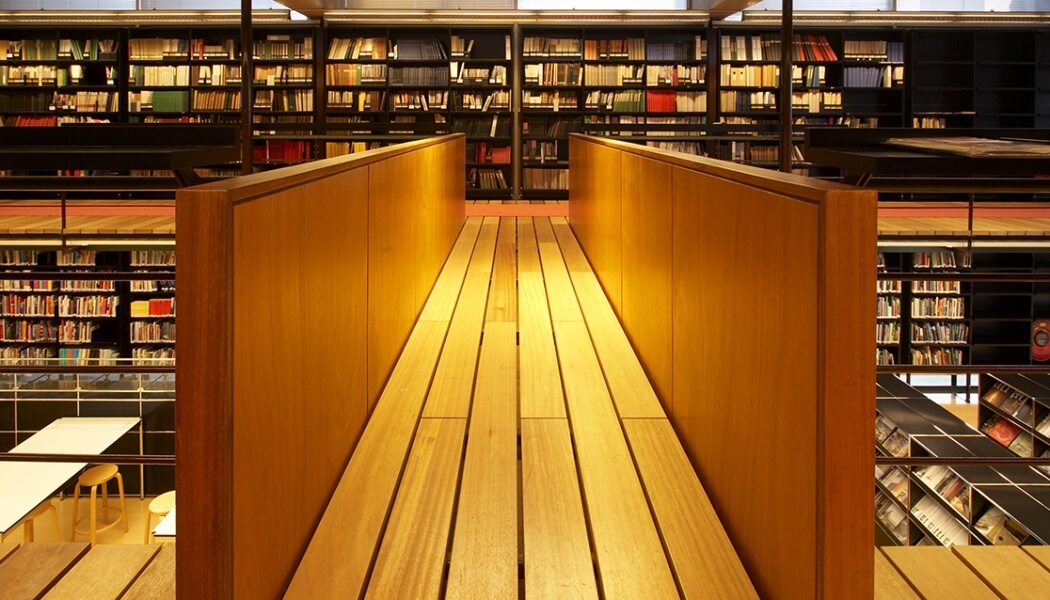 Public Libraries: providing a bridge to culture, creativity and expression

As the social divide widens, libraries are the bridge to culture, creativity & expression that our communities need writes Axiell’s Tom Gregory

“The argument that it is a false economy to cut funding to libraries, museums and the arts only grows stronger.”

Research shows that people from working-class and minority backgrounds are hugely under-represented within arts and culture in the UK. Yet, with a strategic place at the heart of our communities and with a workforce dedicated to enriching the lives of everyone, libraries provide a bridge to culture, creativity and expression. And, with the UK’s economic prosperity predicted to be driven by creative industries, it is important that as many walk across that bridge as possible.

A history of exclusion

When William the Conqueror’s Normans invaded Britain in 1066, they didn’t just overthrow the monarchy, they overthrew and violently replaced the entire aristocracy. Through this, French became the language of the ruling-classes, of government, law and of the arts.

This had a huge impact on the English language and nowhere is this impact more apparent than with the arts – words such as ‘theatre’, ‘music’, ‘painting’, ‘literature’, ‘art’ all derive from French. And why? Because art and culture were solely the domain of the upper classes.

Gross inequality in arts and culture

Whereas only 2.7 per cent of workers in museums, galleries and libraries are of BAME background.

Although the above figures are critical of the diversity in library staffing, Arts Council England’s ‘Evidencing Libraries Audience Reach’ study shows that libraries are better at reaching a much more diverse audience.

“Given the libraries’ role within the community – as a trusted, open, free public space accessible to all – it follows that the user profile is generally more diverse than that of other cultural sectors,” the study said.

Indeed, libraries offer something much needed. And it’s not all about access. The internet can provide people with access, but often communities and individuals need something more …

Barnsley poet, Andrew McMillan, writes that underprivileged or marginalised communities rarely see themselves in literature and art and so come to believe that these pursuits are not for them. That creativity and expression are not for them.

“If you don’t have the financial ability to [travel and visit cultural venues], or your parents never did when you were young, you never get that sense of being comfortable within cultural institutions and so come to avoid them,” he said.

Indeed perhaps the most commonly heard quote about poetry in Britain in the last half century, by Adrian Mitchell, suggests: “Most people ignore most poetry because most poetry ignores most people”.

Public libraries have the local knowledge and understanding needed to help people within our local communities find content that suits them. There are countless examples of where library staff have changed lives just by knowing the right information or book recommendation to offer the user. See this recent example from Ian Anstice.

Research shows that people from working-class and minority backgrounds are hugely under-represented within arts and culture in the UK. Yet, with a strategic place at the heart of our communities and with a workforce dedicated to enriching the lives of everyone, libraries provide a bridge to culture, creativity and expression. And with the UK’s economic prosperity predicted to be driven by creative industries, it is important that as many walk across that bridge as possible.

Triggers to library re-engagement: providing a gateway to culture

According to ACE research, library usage tends to be triggered more often when users have children, become unemployed, start studying or retire; with lapses occurring when outside of these windows. Providing a gateway to other cultural services could be an additional trigger to increase library usage.

The Arts Council suggests that: “In addition to providing key services that meet these re-engagement needs, libraries also have the opportunity to foster triggers for re-engagement by exploring the crosspollination potential between their users and arts and cultural audiences.”

There is a great opportunity here for libraries to form partnerships with other cultural institutions, to tell local stories better.

This is something we explored in our recent blog: 7 Ways Cultural Partnerships Can Help Your Library Thrive

Wider implications: how libraries can fuel the future

The consequences of underinvestment into communities and under-representation of communities are drastic, especially as we enter a more isolationist, post-Brexit era, where national identity is already coming starkly into question.

Not only does a misrepresented populous pose dangerous questions about democracy, it may also stunt the country’s progress going forward.

This quote comes from the Secretary of State for Digital, Culture, Media and Sport, Matt Hancock; from the DCSM’s Culture is Digital report.

The argument that it is a false economy to cut funding to libraries, museums and the arts only grows stronger.

Where can workflow automation build capacity in the culture sector?

Self-assessment: How to advance digital transformation at your museum, archive, or library

Culture at a crossroads: digital transformation in the age of Covid-19