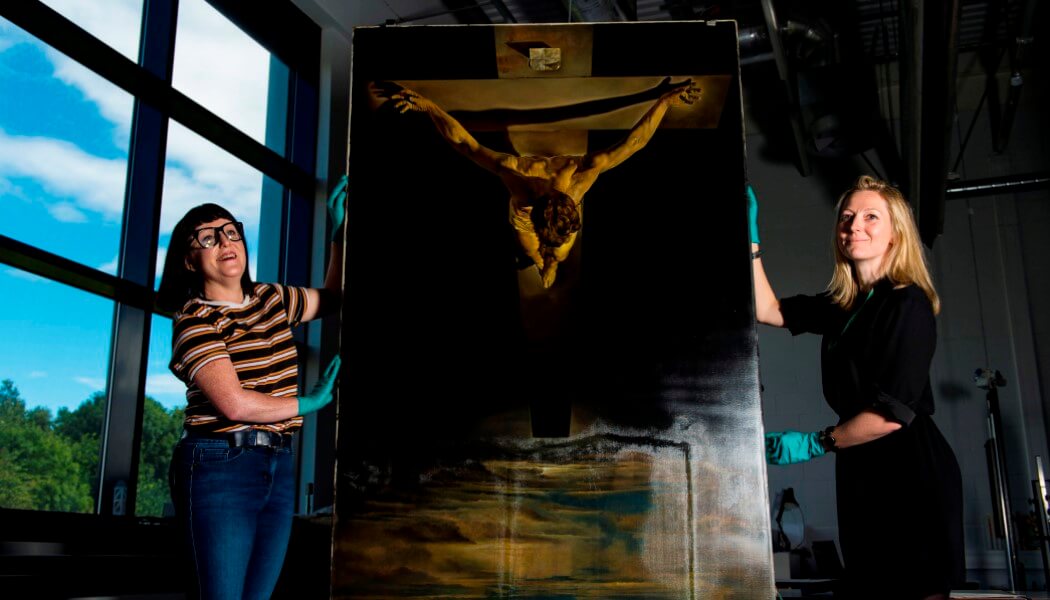 Dali on loan: Behind the scenes at Glasgow’s Kelvingrove

This week conservators at Glasgow’s Kelvingrove Art Gallery and Museum removed Salvador Dalí’s iconic Christ of St John of the Cross from display to prepare it for a year-long loan and Advisor spoke to Sophie Kostin, Frames Conservator at Glasgow Museums about the state of the painting and what is involved in preparing works for loan

Weighing 70kg and measuring 205 cm × 116 cm, Salvador Dali’s Christ of St John of the Cross is an imposing painting that is a major draw for the 1.2m annual visitors to Kelvingrove Art Gallery and Museum.

Painted in 1951 and purchased by the City of Glasgow in 1952 for £8,200, it is a depiction of Christ based on a drawing by the 16th-century Spanish friar John of the Cross. The current planned loan will see it feature in an exhibition titled Dalí/Duchamp, opening on October 7 at the Royal Academy, with the exhibition then travelling to The Dalí Museum in St Petersburg, Florida from February to May 2018. This will be the fifth time the work has gone on loan with previous visits to New York, 1965, Paris, 1980, London, 2000 and Atlanta, 2011.

It’s an iconic painting and an important one for the people of Glasgow. You feel very privileged to be working on paintings such as this, we get to see them close up and out of their frames. Hopefully what we do will make these works stable and secure for people to see for many years to come 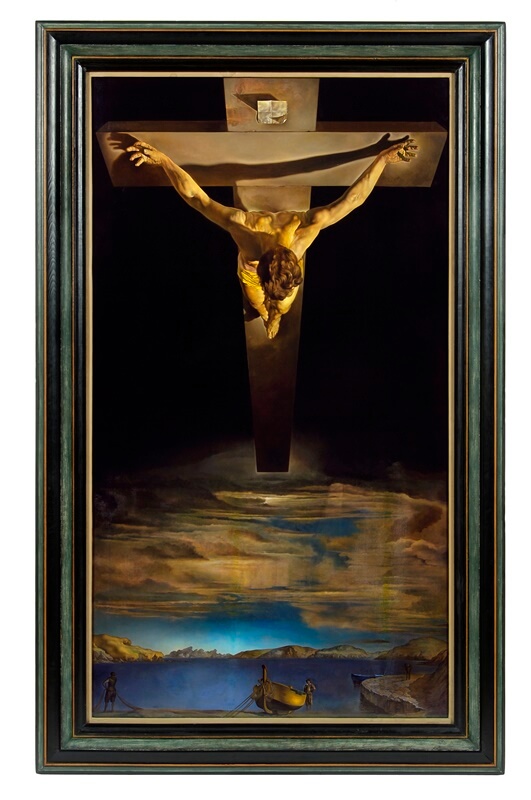 An image of Christ of St John of the Cross will remain in the space at Kelvingrove Museum and Art Gallery, alongside interpretation explaining why collections like Glasgow Museums lend objects. The Royal Academy’s Henry Raeburn’s Boy and Rabbit, will go on show at Kelvingrove Museum as part of a reciprocal loan agreement where it will hang in the portrait section of the Looking at Art gallery in Kelvingrove Museum from September 2017 until May 2018. 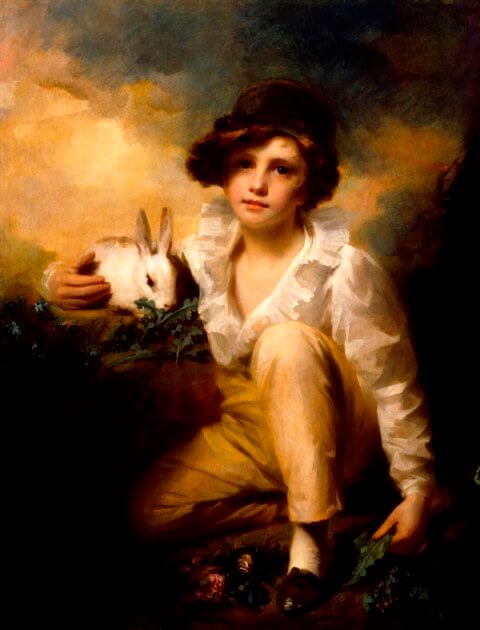 “Suzanne and I work very closely together as our jobs are inextricably linked but we also need to keep in touch with our photographers quite a lot as we not only need pictures for our records but also good quality photographs for the photo library where people can order high quality prints,” says Kostin. “We also get loan works photographed before they go on loan to use as a record of condition that the painting left the museum in. Then when it gets to the borrowing venue they will compare the photograph to the real thing to check whether there have been any changes in transit and that will happen again when it comes back to the loaning museum.”

When a painting goes on loan and it is already on display the conservation team normally assess it in situ to get a rough idea of any work that may need to be carried out. Then they will bring it into the conservation studio at the Glasgow Museums Resource Centre to give it a more thorough assessment. 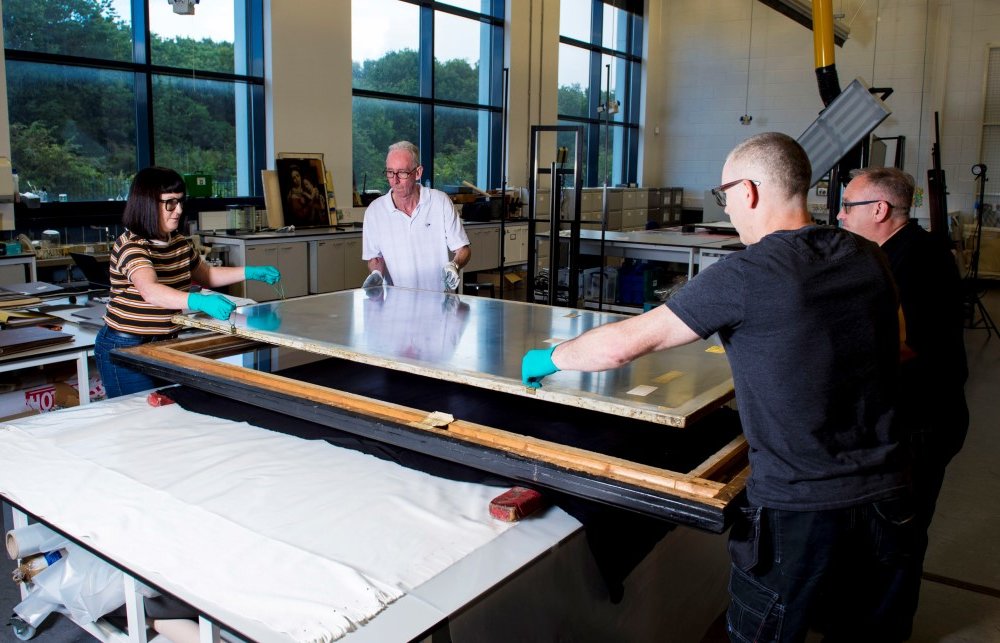 "When it comes off display we have to take it out and that’s a feat in itself. Because it’s not on a stretcher anymore (we could have held it on one of the stretcher bars to lift it out) it’s a perfectly flat surface at the back and so instead we have brass loops with polyester ties on them so that it can be lifted out," says Sophie Kostin, Frames Conservator at Glasgow Museums

“A lot of the time we are criticised for taking a painting off a lot earlier than it’s due to be on display at the borrowing venue but this is because there are many things that we have to do such as change the glazing for laminate, low reflective UV protected glass,” she says.

Kostin says on many occasions the paintings will be protruding from the back of the frames and she has to build them up to make sure they are safe again. They will then use specialist packing cases, which have to be ordered and are fitted out to the specific painting.

“So even if there is no actual conservation work being done to the painting there are other little jobs that need doing to support it.”

The painting of Christ of St John of The Cross has been restored quite dramatically twice in its short lifetime, which also needs careful checking. It was vandalised in 1961 when someone attacked it with a sharp stone. It was slashed once horizontally and twice vertically and a massive part of the canvas came flapping forward. It was originally restored following the attack and had a wax lining put on it. The last major conservation treatment, says Kostin, was in 1979 when the previous conservation (re-lining and tear repair using wax resin) was removed due to lining deforming around the tear.

“The previous liner was removed and the painting removed from its stretcher and marouflaged using Lascaux synthetic wax resin onto heated Aerolam edged with wooden fillets. This was chosen over hardboard as it’s non-acidic and less prone to flexing,” she says.  “Since then it has only been monitored because it’s adhered to this aluminium sheeting and it would open a whole can of worms if we tried to restore it again, however, retouching could benefit the painting in the future, but it was decided for this loan it was stable and fine to go as it was. The damage is only noticeable in a raking light.” 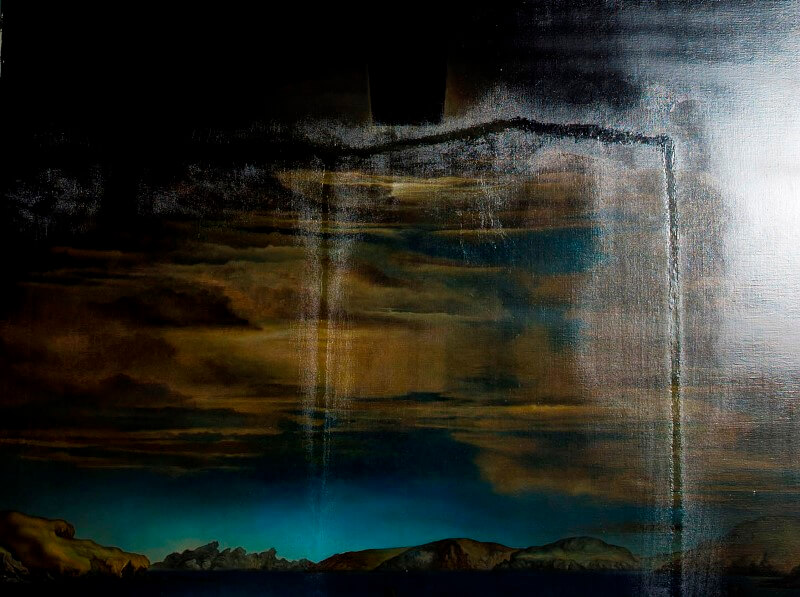 Christ of St John of The Cross was vandalised in 1961 when someone attacked it with a sharp stone. "The damage is only noticeable in a raking light."

Christ of St John of the Cross was last on loan in 2011 when it featured in Salvador Dalí: The Late Work, an important exhibition focusing on Dalí’s later career at the High Museum of Art in Atlanta, USA so the conservation team were confident it was in relatively good condition.

“The painting was only created in 1951 and it has been through the mill but the conservation has been pretty thorough so there are no problems developing and the frame has a couple of issues just a question of wear really. I will now be consolidating – there are a few areas of flaking on it which I will be touching out just to blend back into the rest of the frame but that’s all I am going to be doing on that. It had previously been built up within the frame so it wasn’t protruding when it was glazed after being conserved in the ‘70s. It’s had its glazing changed twice since. We are currently using a laminated glass so if it’s involved in an accident it would stay together and would not turn into shards and puncture the painting.”

Kostin says the team is doing everything it can to protect works in transit and the cases they go in are fitted out with plastazote, which is inert, and they are bespoke fitted. They use companies that hire out specialized crates and they fit the inside of it with the exact specifications of the object. 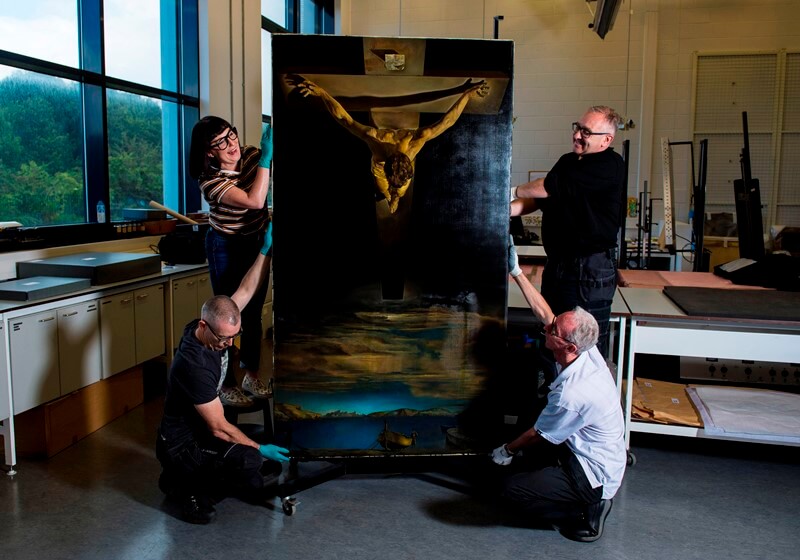 “So I will provide them with the exact size in millimetres and they will fit out the case for it and it should slot in perfectly without any room for movement. The object will first be wrapped with polythene and that will be taped all over to make sure it is sealed. Then it will go into the plastazote-filled crate and transported.”

The painting will then be sent down to London next month with a set of fittings, including heavyweight L-brackets but Glasgow Museums are prepared to discuss different ones with the Royal Academy.

As well as Dali’s painting the Glasgow Museums’ team are also busy with the £66m Burrell Renaissance project, which will see parts of the collection go on tour (the first of which happened last year and was the first in the collection’s history) while the museum is being redeveloped.

They are about to send a group of Matthijs Mari paintings and drawings to the Rijksmuseum in Amsterdam, which will launch an exhibition in October on the Dutch artist. Many of the drawings needed conservation work as they were adhered to old acid mounts, so they were cockling and the conservators had to carefully remove them from their old mounts and gently flatten them out by putting them on a vacuum table.

As well as this Kostin says a substantial amount of frames they discovered in the Burrell Collection had been separated from their works over the years. Some works were in modern frames and she believes that somewhere down the line it was thought to be too much work to conserve the old frames and instead they made new ones.

“When we started to go through the stores to move the collection we found the frames. They were labelled so we could reunite them and it was quite satisfying, as these historic frames look so nice around charcoal drawings,” she says. “As you can imagine some of them were quite tatty and dirty and there were bits falling off so there was a lot of work for me cleaning the frames and reinstalling lost parts. We are sending some Degas to the National Gallery and we discovered a frame for one of those as well, a pastel drawing, and this is quite exciting.”

Salvador Dali’s Christ of St John of The Cross will return to Kelvingrove Museum in summer 2018 before travelling to County Durham for an exhibition at Auckland Castle in autumn 2019, where it will feature in the newly opened Spanish Gallery.