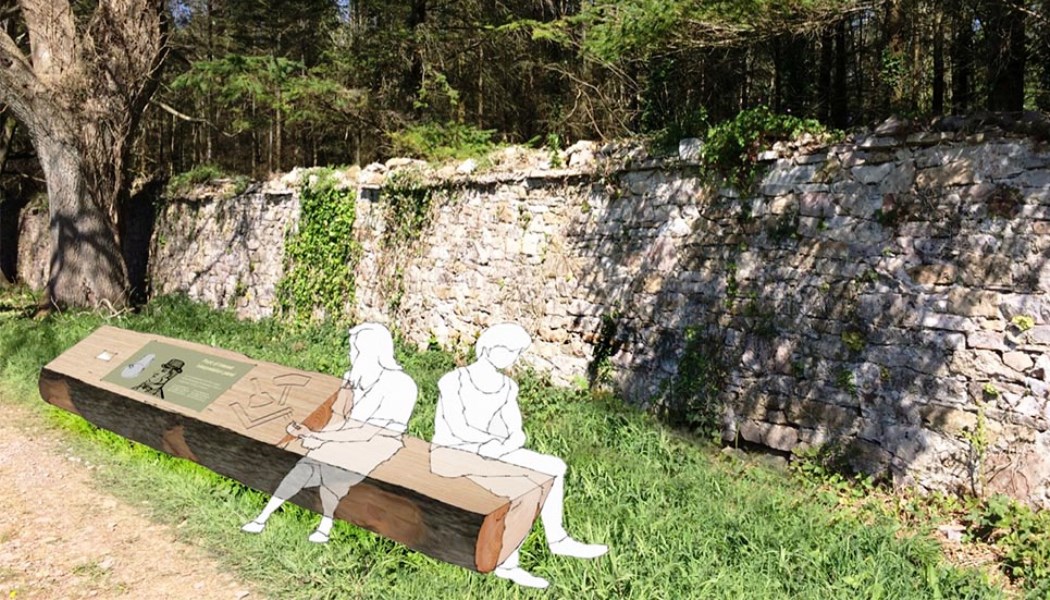 Perhaps better known for its 20th century story, when Dorothy and Leonard Elmhirst bought the estate in 1925 and embarked on what they called the Dartington Experiment to regenerate a rural community, Dartington now welcomes over 800,000 people each year who take part in events, courses and festivals, and who come to explore the gardens and surrounding parkland.

However, only 3,000 of these visitors reach the Deer Park and the Dartington Hall Trust want to change this by improving access to this area, including for people with mobility difficulties and for families with buggies. They want to use the space to tell the story of Dartington’s nationally-important medieval Deer Park and of those who lived and worked on the estate over many centuries.

An important feature of the Dartington Hall estate for around 700 years, the Deer Park will now become a heritage site and a new visitor attraction free to the public, welcoming a potential 25,000 visitors each year to the area..

“We have a fantastic opportunity to tell a new and remarkably little-known story about Dartington’s medieval history and heritage to a whole new audience, including many who have never visited us before,” said Richard Williams, Heritage Revealed Project Leader.

Dartington’s Deer Park is one of four Scheduled Ancient Monuments and 42 listed structures on the 1,200 acre Dartington Hall Estate in South Devon. The Deer Park itself dates from the 14th century. An encircling wall was built in 1738-40 along the line of the original medieval pale, of which a 1.5km standing length still remains. Dartington’s Deer Park is significant because of an extremely rare feature in the form of a Viewing Platform whose circular earthwork is still just visible.

Situated on a largely hidden corner of the Dartington estate, the Deer Park has been given over to farmland since the 19th century and today is parcelled into fields and plantations. The Deer Park wall has suffered numerous collapses owing largely to damage caused by trees and tree fall, and is now in urgent need of conservation and repair. The Deer Park monument appears on Historic England’s ‘Heritage at Risk’ Register, defining the site to be at risk of being lost through neglect or decay.

The £998k Heritage Revealed Project will protect, preserve and secure the long-term future of the ancient monument and listed building of national importance, and ensure its future through an ongoing care and maintenance programme that respects the sensitive nature of the historic landscape in which it is located. 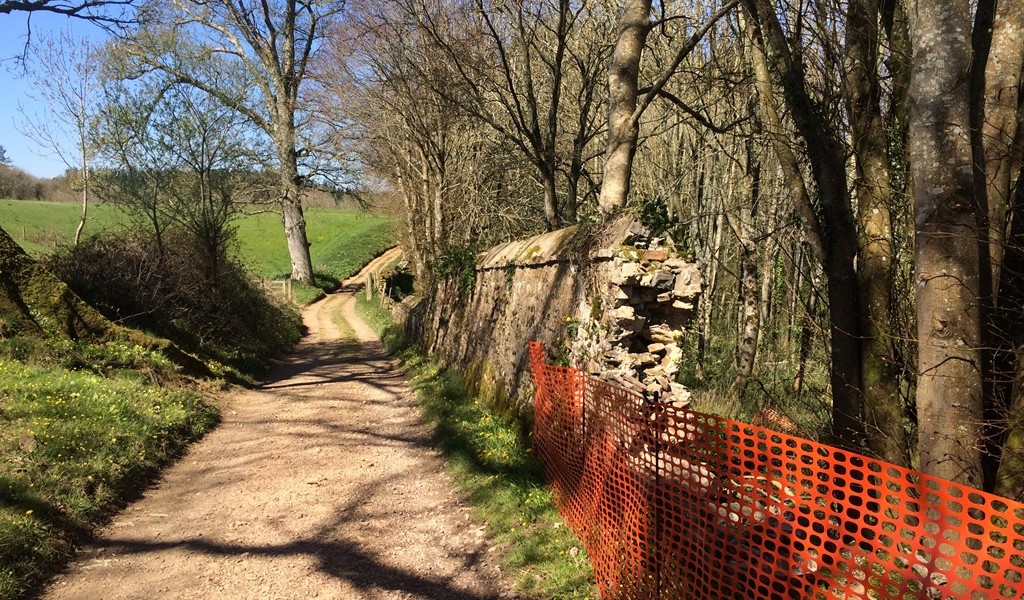 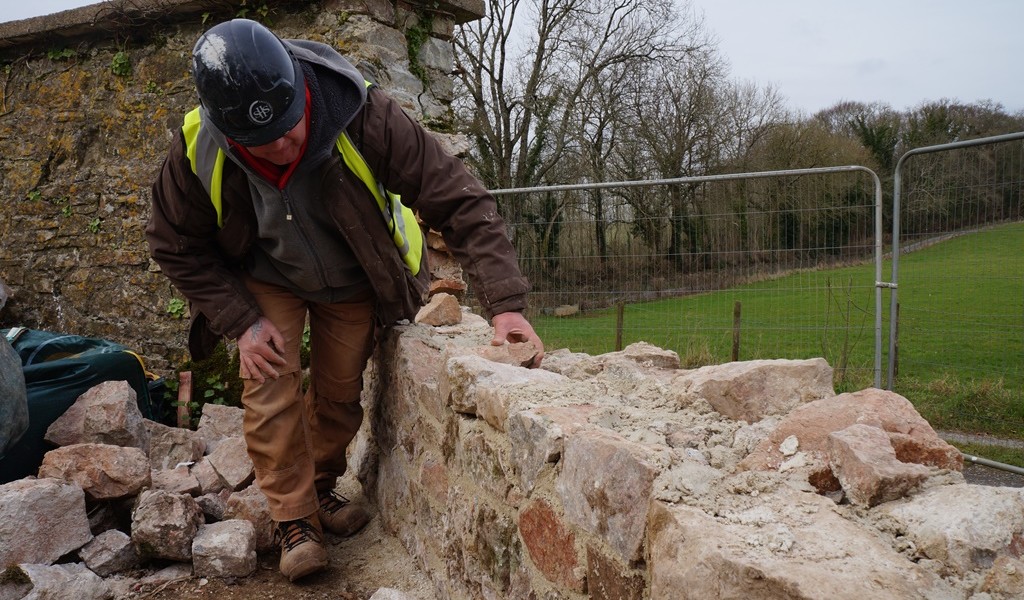 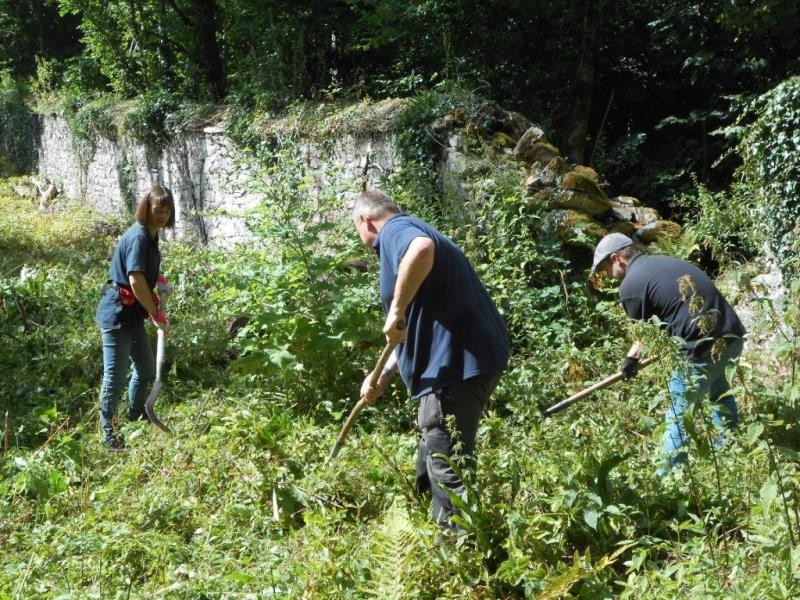 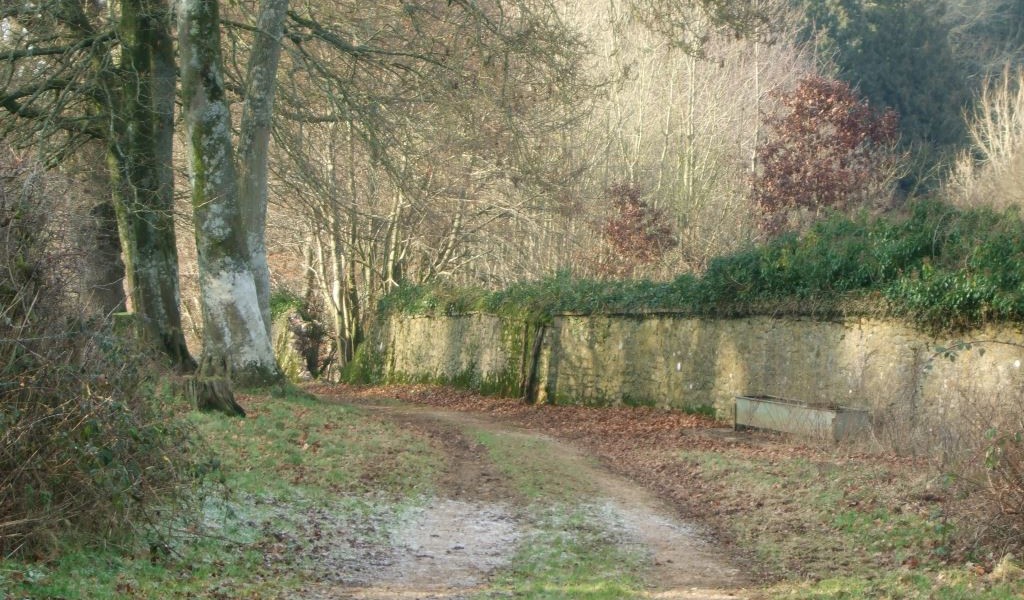 It will create new accessible and interpreted walks through the surrounding parkland, and encourage more people to engage in the landscape through a range of new activities, including a brand new schools’ outdoor education programme, family trails and new volunteering opportunities.

“The project will create an interpretation scheme within the Deer Park which helps to tell the story of changing land use through the centuries, and the wider landscape of the estate from medieval to modern times,” says Williams. “We have consulted extensively with local people, schools, community groups and the general visiting public to inform the detailed plans.”

The interpretation scheme will include a new trail guide and route marking, interactive points of interest and some yet-to-be-developed artistic installations. Natural materials, wherever possible sourced from the estate itself (such as timber) and a subtle colour palette will be used to complement the sensitive historical and natural setting. It will provide a valuable opportunity for visitors to experience and appreciate the richness of the natural surroundings and the importance of biodiversity, and to inspire them to take steps in their everyday lives to safeguard it.

“Central to the project is the provision of an outdoors heritage learning offer for schools for the first time,” he says. “Two primary school projects will take place this year and a primary programme will be launched in 2017. This may include anything from charcoal making in the woods to designing and making medieval-style arrow heads.”

Dartington’s Deer Park and Deer Park Wall has been the subject of several heritage reports and surveys in recent years. Following part of the wall collapsing in 2011, a comprehensive Condition Survey of the Deer Park and Deer Park Wall was undertaken, which for the first time identified a prioritised programme of conservation and repair works. Thanks to a £50,000 grant from the Natural England Higher Level Stewardship fund, and with support from a dedicated team of Dartington volunteers who undertook preparatory vegetation clearance works, we were able to complete the first phase of the most urgent works earlier this year.

Now with major grants from the Heritage Lottery Fund, Viridor Credits Environmental Company, Dartington Hall Trust and from further funding from the Natural England Higher Level Stewardship fund, together with generous support from numerous private donors, The Trust will be able to complete the Deer Park Wall conservation and repair works programme, with the aim of it being no longer at risk.

“We have undertaken extensive consultation to inform our plans to redevelop the Deer Park area, which showed tremendous support for the project overall, with a keen enthusiasm for the area’s fascinating history to be better told and made more accessible through better interpretation and more access routes in and around the area.”

The Trust will be running a new activity programme including heritage-themed family days, new trails to and around the Deer Park, and will offer new volunteering opportunities in the areas of heritage guiding, archaeology, biodiversity and conservation.

A key objective of the Heritage Revealed Project is to provide work experience opportunities for LandWorks, which is a charity based on the Dartington estate. LandWorks provides work-based training and support for current and former prisoners, enabling them to better cope with the transition from prison and probation to life outside the custodial system. LandWorks will help to create some of the new access routes around the Deer Park.

“Communities in and around Dartington are home to numerous talented artists and craftspeople,” says Williams. “We are keen to provide opportunities for local people and businesses to be involved in delivering aspects of the interpretation scheme such as metalwork and woodwork crafting.”

Working with specialist heritage conservators, the project will enable The Trust’s staff and volunteers to gain a better understanding of heritage conservation techniques and of traditional heritage crafts and heritage management, and to learn new skills about how to care for and maintain what is a very precious and important heritage asset as a heritage attraction.

The Trust wants visitors to learn about and appreciate the value of biodiversity and potentially to change their attitude and behaviour in respect of building and landscape conservation and their feelings about the importance of biodiversity. “This will be a strong theme of our interpretation scheme and in the new activities that we will be offering, including our schools programme and volunteer-led guided walks.”

All works will be conducted with due care for the area’s natural ecology, for example undertaking vegetation clearance and tree felling outside of the bird nesting season. Appropriate measures are also being put in place to mitigate any potential impacts on the local wildlife, such as the installation of bat boxes and maintaining badger passages.

The project is already up and running and repair work and conservation of the wall began last month, with all elements of the project scheduled to complete by April 2018.