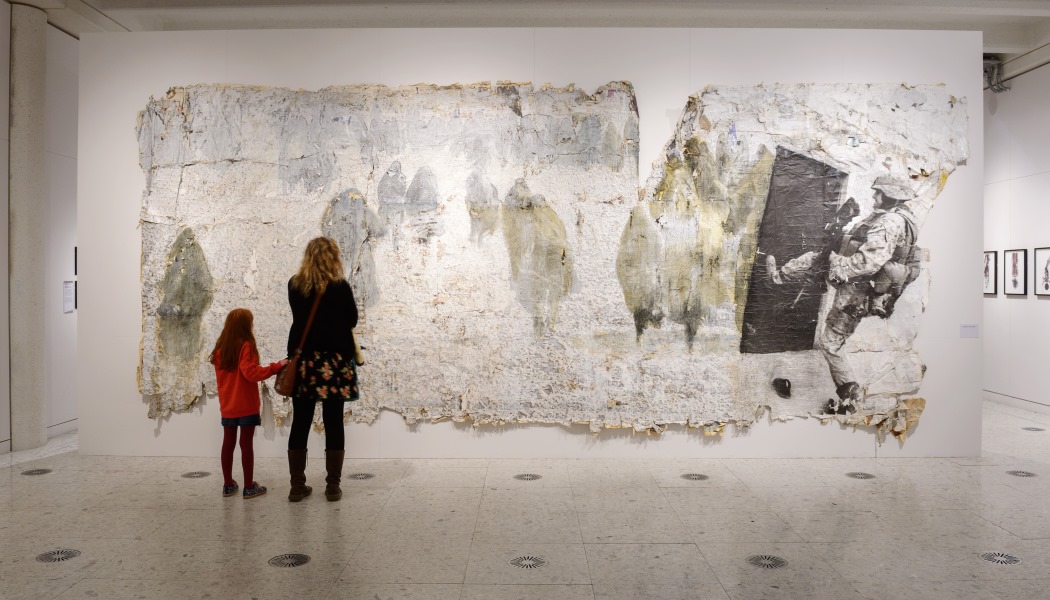 Herbert Touring was established at the end of 2011 in a transition from ACE Renaissance Strategic Support Fund to Museum Resilience Fund. It is an initiative developed by the Herbert Art Gallery & Museum, part of Culture Coventry, to increase revenue and bring high quality exhibitions to venues in the arts, museums and heritage sector

A small but talented team of curatorial, exhibition and learning staff at the Herbert Art Gallery & Museum have over the past four years been integrating touring into their exhibitions programme and in doing so have developed an understanding of what other cultural organisations want from a touring exhibition.

There are five exhibitions that Herbert Touring currently has on its books and each one is tried and tested as a Herbert exhibition before going out on tour. This includes its current show, The Story of Children’s Television: from 1946 to Today, which concludes at the Herbert on 13 September before being offered as a touring exhibition.

The Story of Children’s Television: from 1946 to Today has become the museum’s most successful to date, and is a partnership with Warwick University and is supported by Heritage Lottery Fund, BBC, Ragdoll Productions and Kaleidoscope, and is generating considerable interest from venues keen to take it on tour.

“For this exhibition, which will go on tour immediately after finishing at Coventry in September until spring 2018, we had one venue where the environmental conditions were not up to the standard we require and so they decided to upgrade their environmental controls so they could take the exhibition. It’s a big deal for them to have these kind of touring exhibitions and bring in new audiences” says Chris Kirby, Head of Collections and Programming.

Another example of a successful Herbert Touring exhibition is Secret Egypt: Unravelling Truth from Myth is one of Herbert Touring’s major exhibitions and is currently out on tour at New Walk Museum and Art Gallery in Leicester. The New Walk already has an ancient Egypt collection but chose to host Secret Egypt because of its interesting narrative and presentation that could improve its audience’s knowledge of the subject.

The Secret Egypt exhibition was first shown at the Herbert in February 2011 and has since travelled to nine destinations across England and Scotland and will conclude in Weston Park, Museums Sheffield in April 2016.

When Secret Egypt was proposed as a subject, the Herbert found there was a huge interest, partly because it is a mainstay of Key Stage 2 and venues knew it was a naturally popular subject.

Kirby says that Secret Egypt has smashed audience figures at the venues it has been shown at, with one museum seeing an increase from 4,000 to 10,000 visitors, over the same period the year before, while the exhibition was on. “If you bring in a lot more people there is more potential to increase revenue,” he says. “We have learnt a lot about venues and their capabilities. We have a substantial temporary exhibitions space at the Herbert but this is not always the case so we have to make our offer adaptable to different sized spaces. I know we could help venues more in their audience and income development strategies in future, which would take us to the next level.” 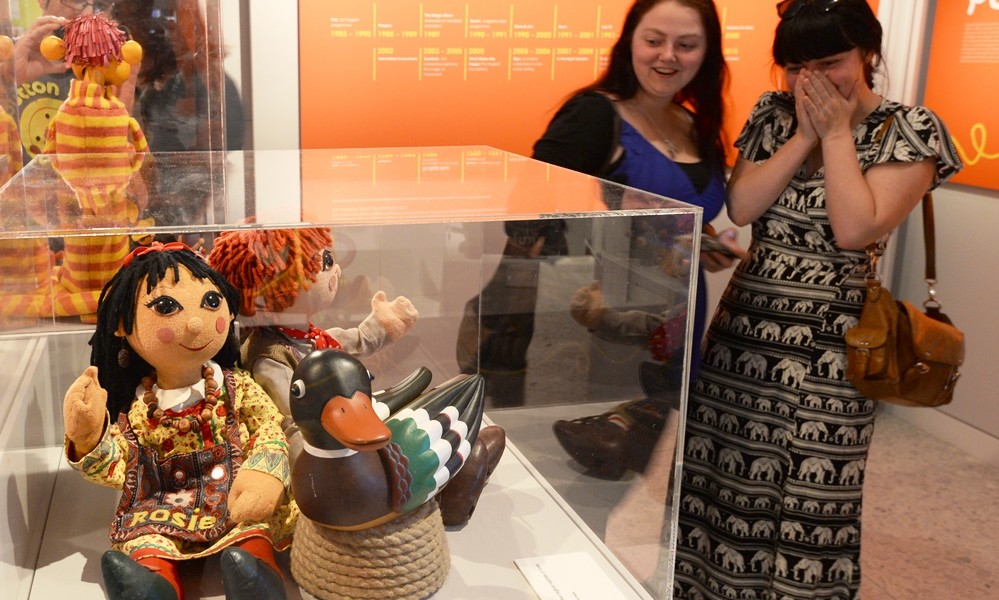 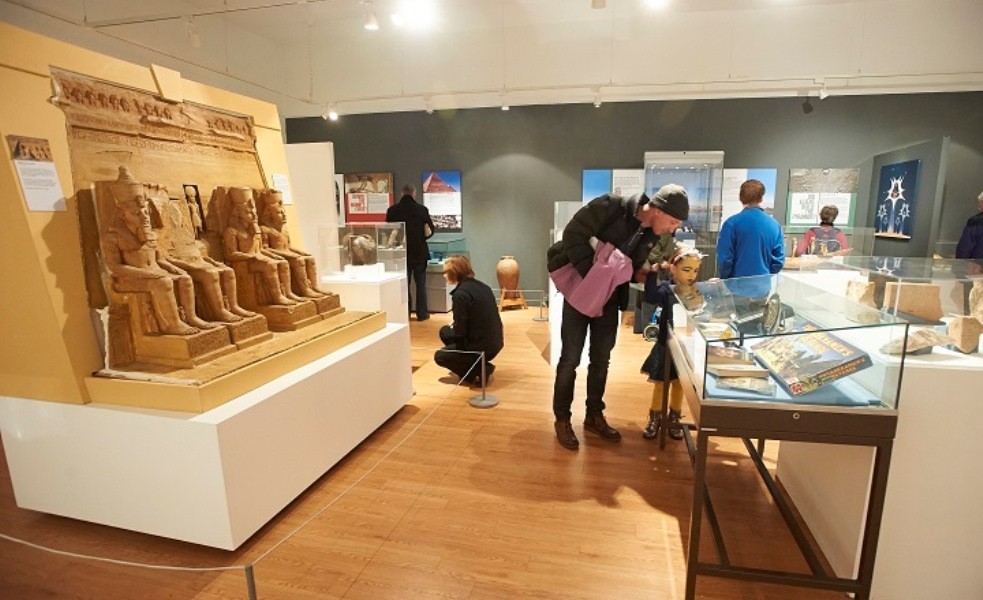 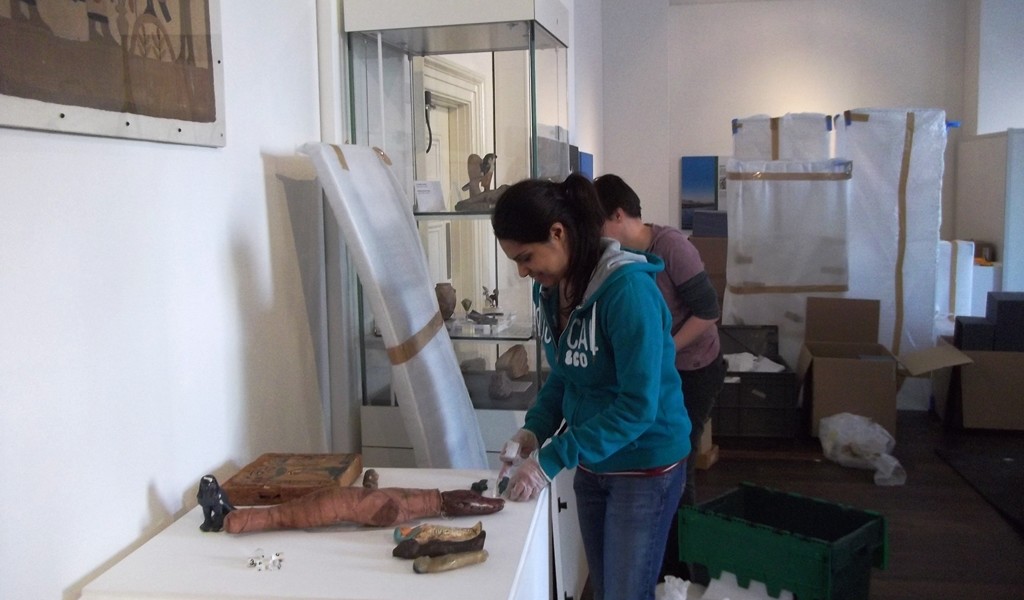 When it comes to creating a new touring exhibition Herbert Touring is now well-established at building all its resources on more robust materials than it would for non-touring exhibitions and ensuring they are modular and flexible so they can be adapted to different sized venues. “It’s more expensive but it’s an investment for tour,” says Kirby.

Caught in the Crossfire was another example of the Herbert using its resources to develop a touring exhibition and was Highly Recommended at the Museum + Heritage Awards for Excellence in the Temporary or Touring Exhibition category 2014. Based around the theme of peace, reconciliation and conflict Caught in the Crossfire was part of Collecting Cultures, a major funding project from HLF, where the Herbert developed specialist collections on the subject and created an exhibition as part of the process, which went on tour to Dresden from July – October 2014 and thereafter in the UK.

“Basically the model we follow with Herbert Touring is to create within our exhibition programme one internally produced exhibition which in some cases may be relevant for wider tour.”

“The idea was that the Resilience Fund would act as seed money to develop new strands of revenue and it’s been a fantastic success. Since then we have had five exhibitions that have toured around the UK and in the case of Caught in the Crossfire, also went internationally to Dresden.”

The Resilience Fund paid for a point five post, which helped develop the infrastructure for touring programmes and so far the revenue from these exhibitions has trebled the investment put in. This has allowed the Herbert to employ a touring exhibitions officer, and put money back into the organisation. “We used the Resilience Fund as a springboard – created a database of all the cultural venues that had temporary exhibition facilities and started to contact and push what we had,” says Kirby. “Initially we worked with small arts and crafts exhibitions. We tested the market by putting on these smaller exhibitions and at that time we didn’t know how we would price our offer.”

Herbert Touring employs an art handling company to transport the objects after they have been packed in a way which is secure but easy to unpack at the other end. As part of the hire agreement the Herbert Touring officer helps with the installation of objects, for up to four days. “We sometimes deal with venues that have not taken a complicated tour on before and so we have to offer this kind of support as well as make prior analysis to make sure they comply with environmental conditions and security,” says Kirby. “Then it’s up to the venue to market the exhibition offer and exploit the opportunities for secondary spend through its café and shop.”

It’s not an easy market, says Kirby, as many organisations are facing cuts so it’s the quality and support the Herbert provides, such as a developing a Herbert Touring Kit for each exhibition, that can be an  attraction to venues. “For us the backbone to Herbert Touring is our talented team. The quality at the Herbert is exceptional and we feel we are enriching the sector by getting these quality exhibitions on tour. We have found a market.”

Next year the Herbert will develop an exhibition focused on nature drawing from its natural science collection, which it hopes will travel around the country, continuing its successful touring programme and benefit the sector as a whole.