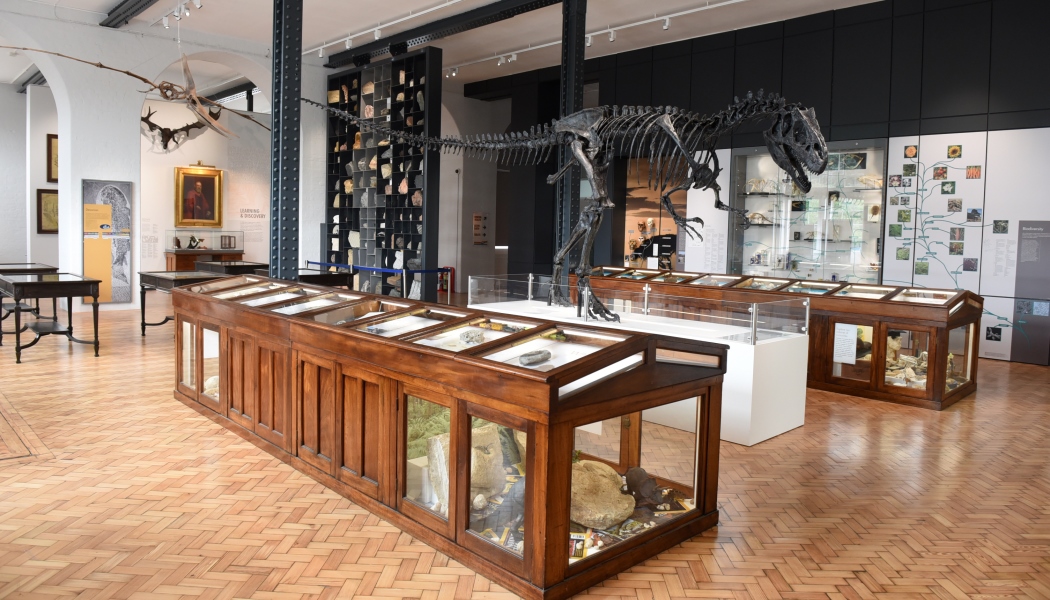 The Lapworth Museum of Geology at the University of Birmingham has reopened following its transformation from a mainly specialist departmental museum, which included some outreach work, into a public museum to cope with a growing demand for its designated collection

The major redevelopment began in December 2014 following a £1.56m HLF grant, £80,000 from ACE and a successful fundraising campaign and has seen a complete re-orientation to create a greatly enhanced visitor experience while still supporting the academic community in terms of teaching and research. One of the reasons for the change was that a growth in educational group visits and lack of a formal education space meant that the museum was often turning school groups away.

“This desire to change was due to the considerable growth of audiences in more recent years, particularly families with children, young people, retired adults and school groups,” says director, Jon Clatworthy. “To cope with these growing audiences and their expectations, the museum needed to develop its user facilities and make its interpretation more engaging and innovative. Equally we wanted to increase dwell time at the museum and make our extensive collections much more accessible.”

The redevelopment has allowed the team to make more of its collection accessible within the public galleries and in doing so they hope to raise the collections’ profile and allow the growing audiences to enjoy them. As part of the plans the museum will also hope to encourage further collection research and usage. In addition, the team have developed new and much more efficient stores which have provided greatly improved collection care, and generally made the collections more accessible for museum staff, researchers, and also the public -as one of the stores has been designed to provide visible storage.

“This has been a transformational refurbishment which will dramatically change the way in which we interact with our visitors,” says Clatworthy. “The new exhibits will provide a far more hands-on approach to learning about the 3.5 billion years of history we showcase here, and the building refurbishment means we are able to feature far more of our extensive collection in an inspiring and innovative way. We are very excited to welcome visitors of all ages back through the museum’s doors.”

The redevelopment saw Birmingham-based Associated Architects work as the design team alongside exhibition designers, Real Studios and together they were tasked with retaining the museum’s original features and display cases, as well as its Edwardian interior, while also juxtaposing this with a modern and exciting museum experience that was both interactive and tactile and included modern technology.

“Whilst maintaining the historic feel of the museum, new interpretation and new technologies have been incorporated, including for example; a 3D globe projector and interactive microscopes. In order to bring some of the fossils to life, high quality animations recreate the environmental conditions, of what is now the Midlands, at different points in geological time.  This demonstrates environments which included tropical reefs, humid swamps, semi-arid environments, deep marine conditions and a glacial landscape.” 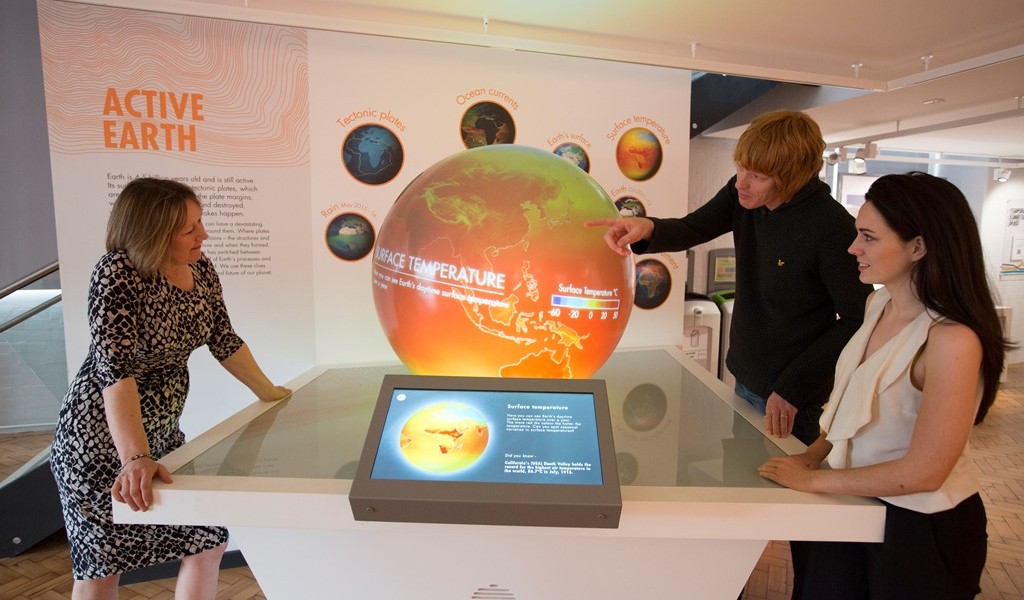 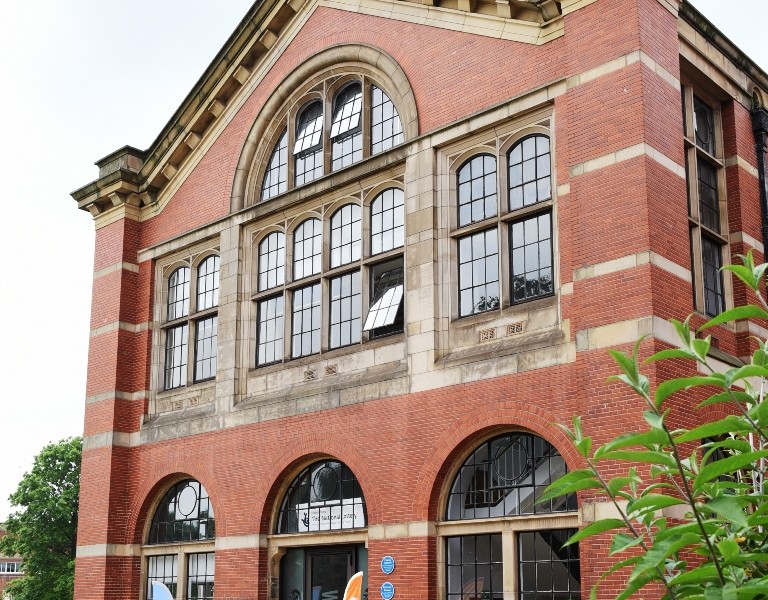 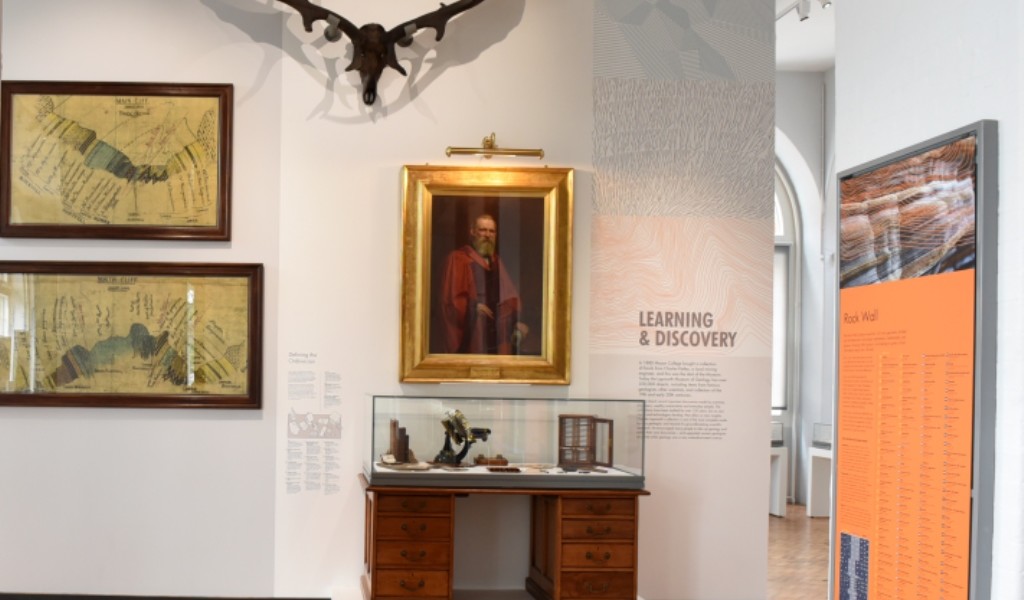 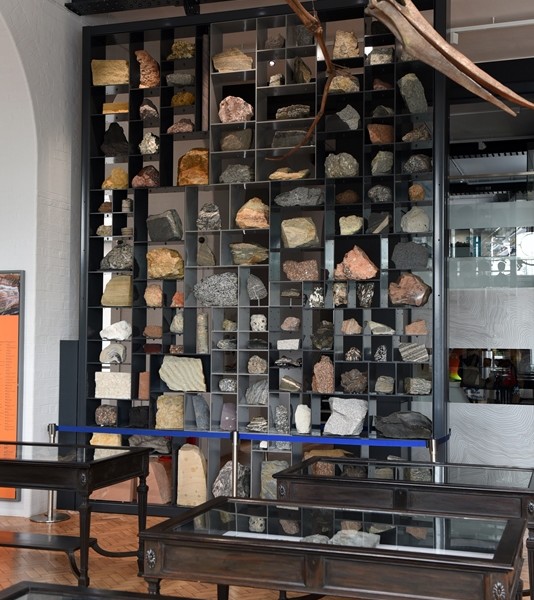 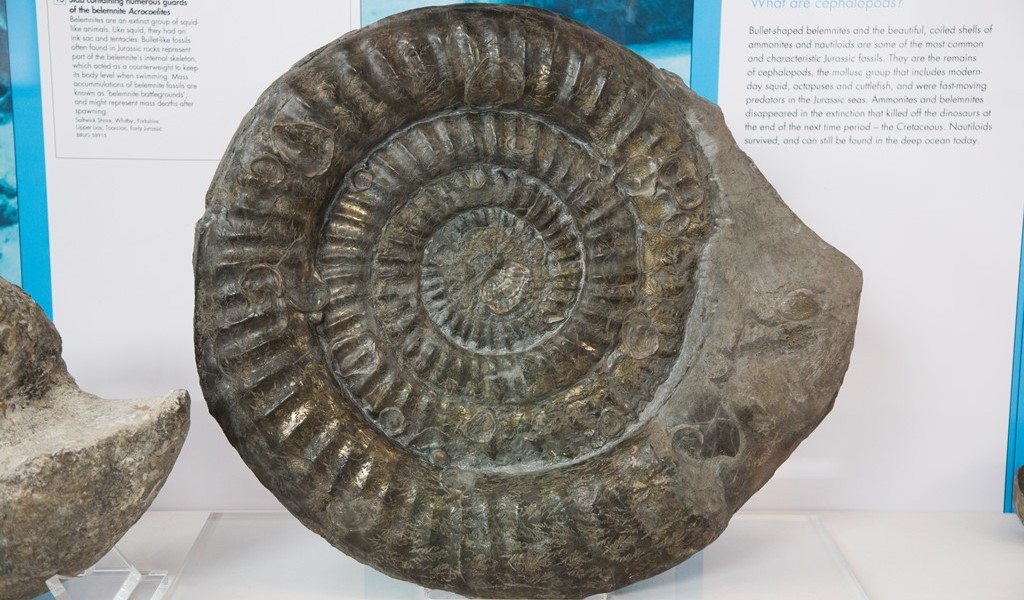 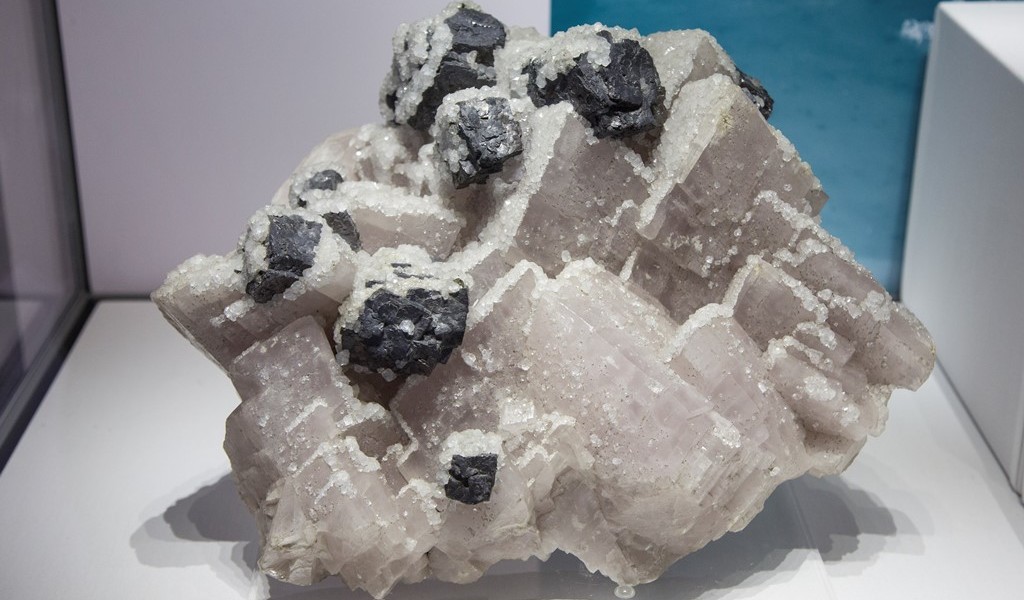 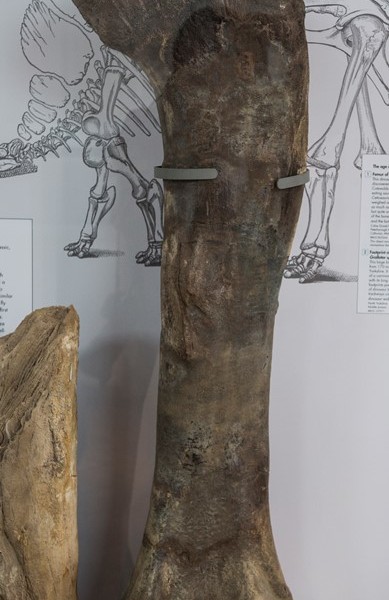 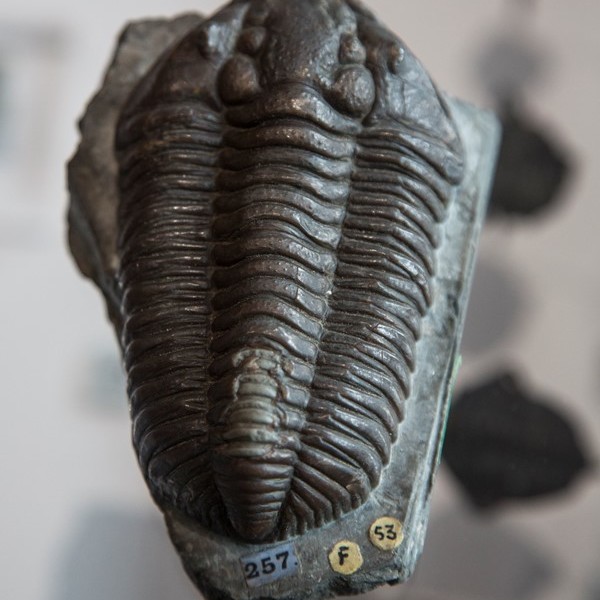 The Lapworth Museum is based in the original grade II listed Aston Webb building at the University of Birmingham and the collection of more than 250,000 objects was Designated as an Outstanding Collection in 2008 and includes significant material from many influential geologists, scientists and collectors of the 19th and early 20th centuries including geological pioneer Charles Lapworth from which the museum takes its name.

The museum contains the largest and finest geological collection in the West Midlands region and dates back to 1880 and the foundation of Mason College (named after industrialist and philanthropist Josiah Mason), the forerunner of the University of Birmingham.

In the 1920s when the Lapworth moved to its current location the museum comprised a large single exhibition hall, but over the years bits of the hall had been taken over for offices and laboratories. The project has restored the museum interior and removed the later interventions returning the main hall to its original splendour. Some of the museum’s original cabinets have been refurbished and been incorporated with the main hall. “In addition, we have developed two new permanent galleries, a temporary exhibition space, a learning and resources room, a volunteer room, reception, retail area and other visitor facilities. Our collection stores have also been refurbished and fitted out with a much more efficient storage solution.”

Its array of fossils from around the West Midlands that can show how the area has changed from a tropical sea to desert to ice sheets over a 450 million-year period.

The new galleries are based on four key themes, Evolution of life, Active Earth, Mineral Wealth, Learning & Discovery, which resulted from a major public consultation exercise and showcase objects that have not previously been shown.

The mineral and gem collections, some of which date back to the 18th century, contain over 15,000 specimens from all over the world with rare, colourful and exquisite crystal forms. Learning resources, including a new dedicated education room, will enable schools and visiting groups to discover and learn more about a wide and diverse range of topical geological and environmental issues.

“It will provide the public with access to outstanding collections relating to popular and exciting themes such as dinosaurs, fossils, volcanoes, earthquakes, evolution and environment change, and provide visitors with greatly improved facilities.”

New staff including a Learning and Community Development Officer will allow the Lapworth to develop outreach and public engagement to inspire new audiences. The project has also seen the museum recruit 70 volunteers with diverse skills and expertise. Many of these individuals have been working on the collections, which is providing considerable improvements in terms preventative and remedial conservation, collections research and documentation.

“This is a formally designated collection, and the largest geological collection in the region and is therefore of considerable importance as the main source of information relating to geological and natural sciences available to the public in the West Midlands and surrounding area,” he says. “Equally many of the collections link closely to the history of the region and particularly its industrial heritage and for example, Birmingham’s famous Jewellery Quarter. There are many collections from important locally and nationally important industrialists, scientists, and everyday people of the region.” The Midlands, says Clatworthy, also has some world famous geological localities, for example Dudley’s limestones with preserved fossils from 428 million years ago when the area was a warm shallow tropical sea with reefs teeming with life. “The Lapworth has some of the finest collections from these sites, which are of huge significance to the region and nationally.”

It is hoped the re-orientation of the Lapworth to a more publicly orientated museum with much more engaging exhibitions and interpretation methods will make the museum relevant to a much more diverse audience.