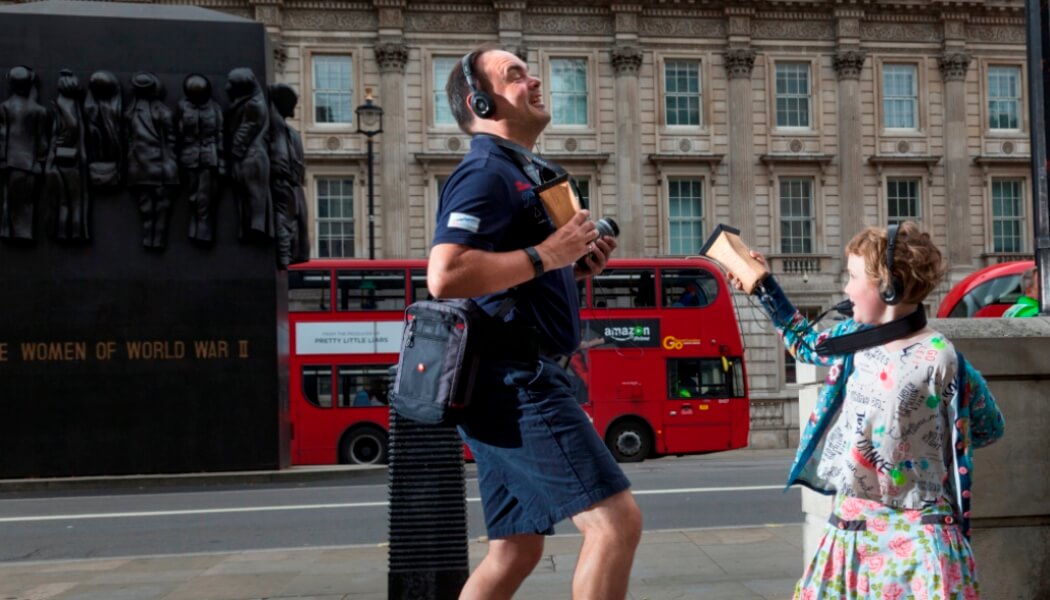 Last summer Historic Royal Palaces launched a new virtual reality visitor attraction that retold the stories behind the Palace of Whitehall, which was destroyed by fire 300 years ago. Now, with improvements and tweaks to the technology and the narratives of regicide, gunpowder plots and royal intrigue, this fully interactive experience is back for summer 2017 and Advisor talked to Digital Producer, Tim Powell about the developments

This year the streets of Whitehall in London will once again see groups of people wondering around with unusual devices in their hands reciting Shakespeare, performing mock sword fights and beating invisible drums. However, they won’t be part of some strange cult (although this will be debatable to passers-by) but will be taking part in the latest iteration of The Lost Palace, which has brought together research, development and technology to create an immersive heritage experience.

The idea behind The Lost Palace, which won the Museums + Heritage Award for Innovation in May, was to create an attraction that recreated the events and stories surrounding the palace, which was the largest in Europe and where Charles I was executed – and also attract more visitors to Banqueting House: the only surviving building belonging to the palace. The result is a virtual trail digitally transforming Whitehall’s modern streets into the rooms, gardens, courtyards and passages of the once great Tudor and Stuart palace built by Henry VIII.

“We completed visitor evaluation surveys and had lots of anecdotal evidence from the operations team that run The Lost Palace on ways it could be improved,” says Tim Powell, Digital Producer, Creative Programming and Interpretation, Historic Royal Palaces.

This has seen a reworking of the introduction, which now makes better use of visuals and projection when the visitor begins the journey from Banqueting House as well as a change to some of the routes and a tightening of the narrative to add a bit of pace and energy to the attraction. 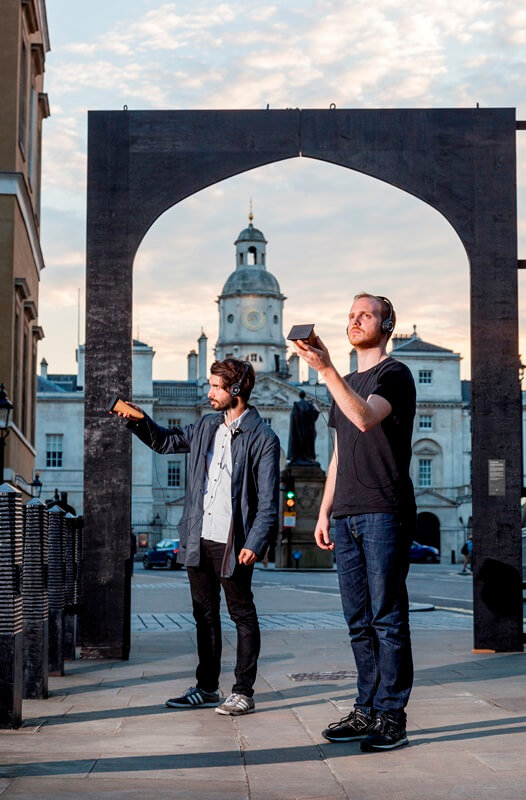 One of the changes sees a ‘serious’ scene from Shakespeare’s King Lear replaced with a more playful and far more interactive scene from the storm in Act 3. Shakespeare performed several of his plays as Royal Premiers at the Palace and visitor feedback said they thought the King Lear references from The Lost Palace in 2016 were too serious. What they were more interested in was the fact that Shakespeare had performed on the site rather than what he performed. Taking that on board, Powell and the team decided get participants to audition for the part of King Lear.

“The device’s microphone is turned on and it treats their voice with an audio effect filter to sound like they are saying the lines in a big theatre, which means you get this booming, echoing version of your own voice to turn you into a Shakespearean actor. There have been lots of other little tweaks such as improved directions and we are now better at encouraging people to take part in the interactive bits.”

What makes The Lost Palace so intriguing and appealing is the fact that the device becomes different things at different places throughout the 80-minute tour: it becomes the object the visitor needs to take part in the story. At some point it becomes a drum they have to beat to start a joust and at another it becomes a cockerel that they have to shake before throwing into a cock fight and then a sword, which they have to swing to smash a sundial just as the 2nd Earl of Rochester did when destroying Charles II’s cherished sundial in a drunken rage – the motion being tracked by recognition sensors in the device. 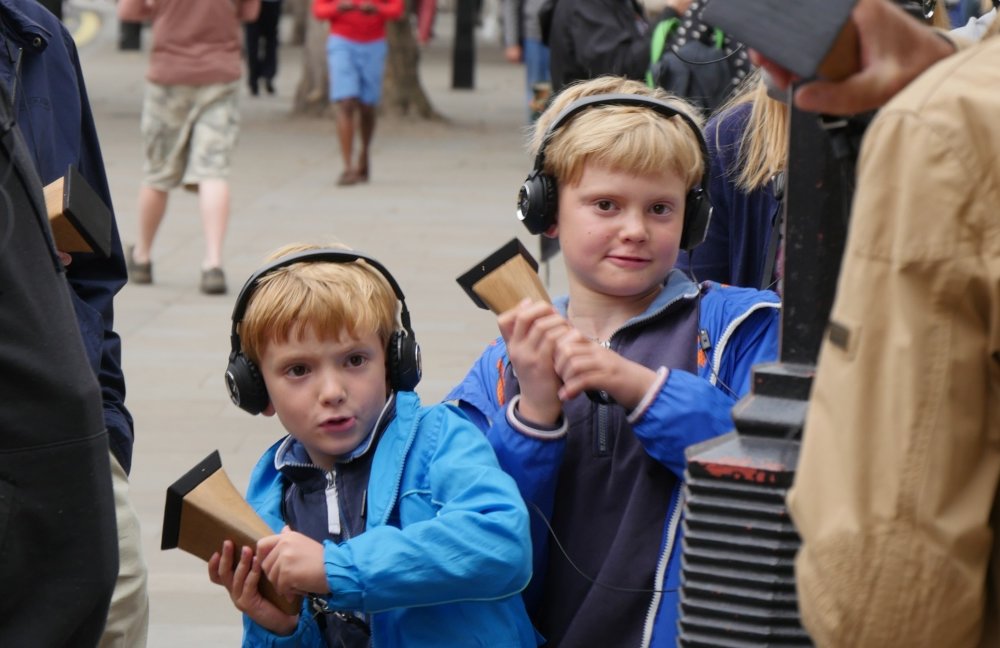 “We are very much planning to grow The Lost Palace. I think we have learned a lot about how we needed to communicate it because of the different type of offer it is – it’s a combination of things, so it took us a while to find the words that really enabled people to understand it and by the end of last year’s run the tickets were selling really well and it was a shame to have to close it.”

HRP is hoping to build on the word of mouth and buzz that made 2016 a success and already tickets sales this year are considerably higher than what they were at this point last year. “We really are proud that the most popular way people found out about it was word of mouth. So it was people telling their friends and families about it, which is a really nice endorsement.”

The Lost Palace is a collaboration between Historic Royal Palaces, theatre makers Uninvited Guests, interaction designers Chomko & Rosier and creative technologists and app developers, Calvium. Using a combination of bespoke handheld devices, binaural 3D sound and haptic technology, visitors are led on an immersive adventure that allows them to hear, touch and feel the past.

The relationships HRP has formed through this collaboration have been beneficial in three ways: one of which is applying certain technologies such as binaural sounds in future HRP audio guides; the second is the approach to working in this R&D way, which meant having a dedicated period at the start of the project for experimentation where quick prototypes were made and tested on location in order to guide and define the project. And thirdly, all of the collaborators brought different skills to the project and through the process they were challenging and inspiring each other. 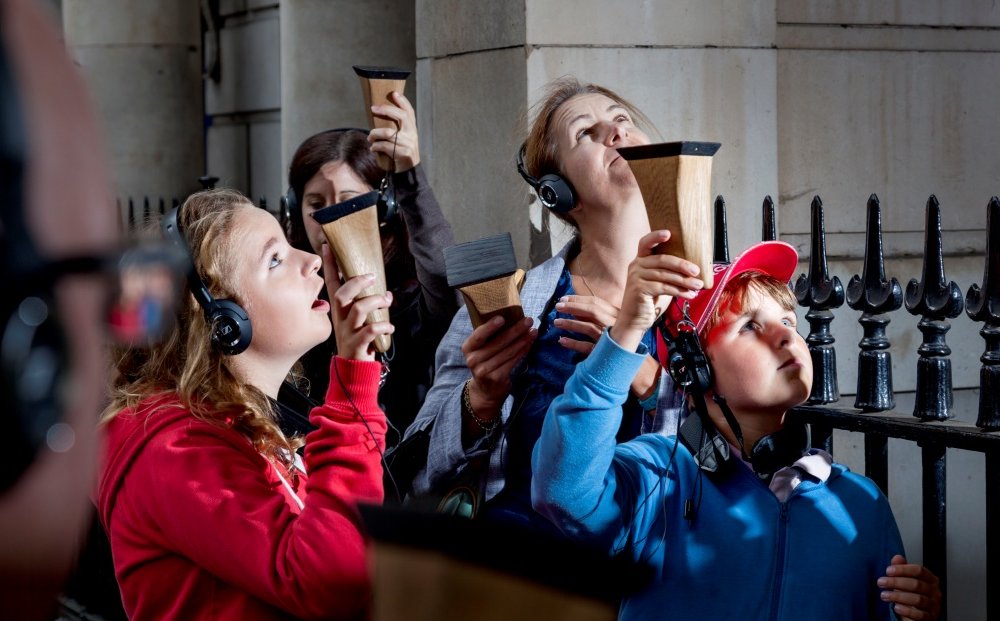 Powell says the devices have changed but not in a visible way as the code will have changed in the background. “It’s really key to have in mind that what we are trying to achieve is that human connection to the stories without it being a gimmicky experience.”

The front of house team show 20 visitors at a time the basics of how the devices work and the design team has worked hard on developing the instructions through the app – how to get the most out of the experience – and one of the messages deployed to participants before they leave is that The Lost Palace isn’t a passive experience. 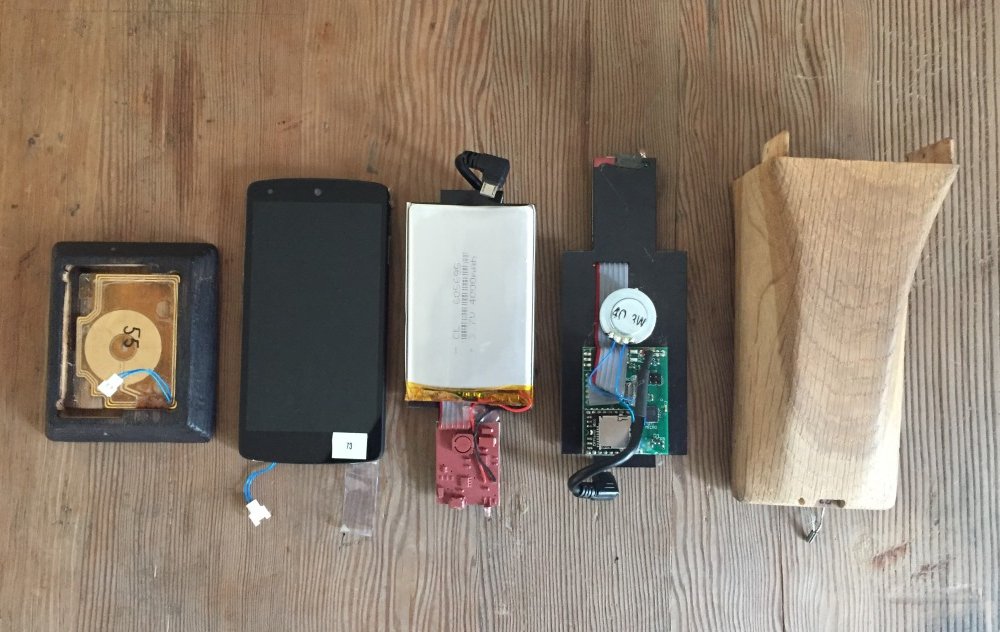 “The more you put into this the more you will get out of this. And you have to take part to get the benefit of all the stories. The technology must help visitors connect to the place and to the stories and characters in an emotional and visceral way and the technology enables us to do that in ways we have not been able to do before. If you are able to provoke an emotional response and a sensory experience then that’s something that’s far more memorable than a just passing information on. What we have done with the device is hide all the technology away behind wood as we don’t want people to focus on the gadget – we want people to focus on the story.”

The Lost Palace is part of a medium term plan for Banqueting House to develop it as visitor attraction and has transformed HRP’s knowledge about the potential of technology, creative partnerships and visitor insight. “We have learnt vast amounts from The Lost Palace that we will be able to form how Banqueting House is developed as a visitor attraction and how we can tell the story of this palace that’s no longer there.”

The Lost Palace is now open and runs until September 5.