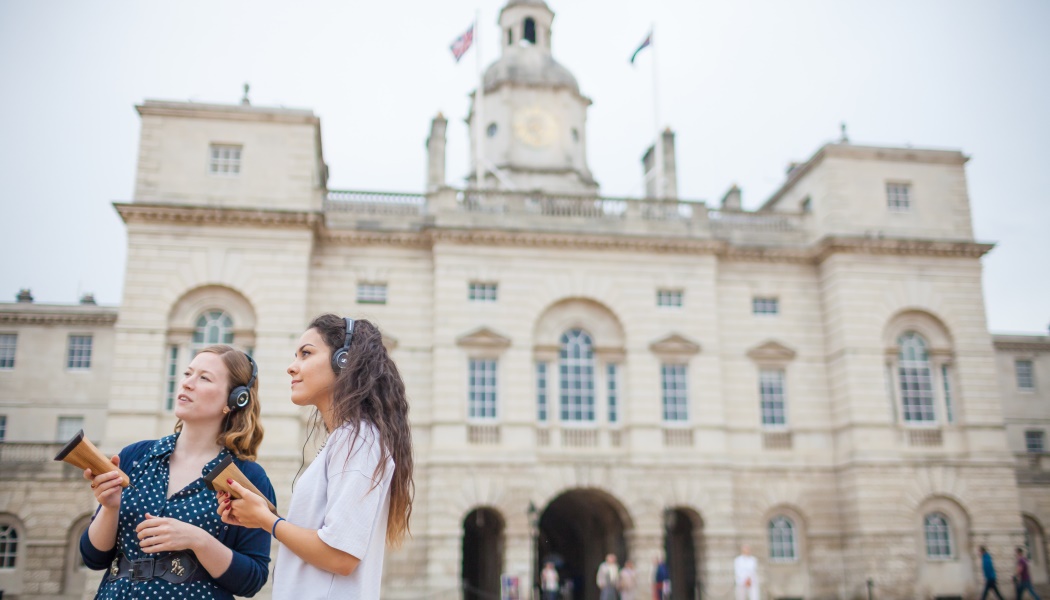 The Lost Palace is a pioneering project commissioned by Historic Royal Palaces, the independent charity that cares for Banqueting House and five other royal palaces that brings the latest technology and interpretation together

Collaborating with Historic Royal Palaces, award-winning designers Chomko & Rosier and theatre makers Uninvited Guests have developed an intriguing and stimulating visitor experience called The Lost Palace, which will recreate the stories connected to Palace of Whitehall lost to fire in 1622.

Beginning at Banqueting House, the only surviving building of what was once the largest palace in Europe, visitors will take to the streets of modern day Whitehall with bespoke handheld devices, binaural 3D sound and haptic technology on a digital adventure to discover a hidden history.

For more than two centuries, the palace sprawled over the area now known as Whitehall, encompassing 1,500 rooms spread over 23 acres and Banqueting House was the jewel in its crown. The Palace of Whitehall was the largest royal residence for the Tudor and Stuart courts. Some of the most significant, history-defining moments in British history took place here. Through the magic of binaural sound, The Lost Palace will immerse families and adults in the world of the Tudor and Stuart courts. Visitors will experience some of the most exciting and intriguing moments from Whitehall Palace’s past.

At Horse Guards Parade, visitors can enjoy the jousts that so delighted Elizabeth I. Feel Charles I’s ragged heartbeat as he walks through St James’s Park on his final journey to Banqueting House for his execution. Encounter Guy Fawkes after his arrest for the Gunpowder plot and before his transfer to the Tower of London for torture and interrogation. Visitors can feel like a player in the first performance of King Lear or eavesdrop on the first fateful encounter between Henry VIII and Anne Boleyn before their doomed love affair began, all while exploring the historic streets.

“The history that happened in Whitehall Palace is extraordinary, but very few people know that these nation-changing events happened here,” said Tim Powell, Digital Producer for Historic Royal Palaces. “With The Lost Palace we want to take our visitors to the places where this history happened- and then, using new immersive technologies and brilliant storytelling, make them an active participant in it.”

For example: while stood outside the Ministry of Defense building, Shakespeare’s King Lear is being premiered – and you are an actor on stage who needs to play their part in the performance. Or on Whitehall, while in the crowd at Charles I’s execution, you feel the king’s heartbeat in your hand during his final moments.”

“The Lost Palace is innovative in its approach to collaborating with creative partners and shows a huge leap in the use of digital technologies within a heritage environment,” said Powell.

The Lost Palace runs from 21 July – 4 September during the day for families and with adult ‘lates’ Wednesday – Friday.

Find out more about the project: