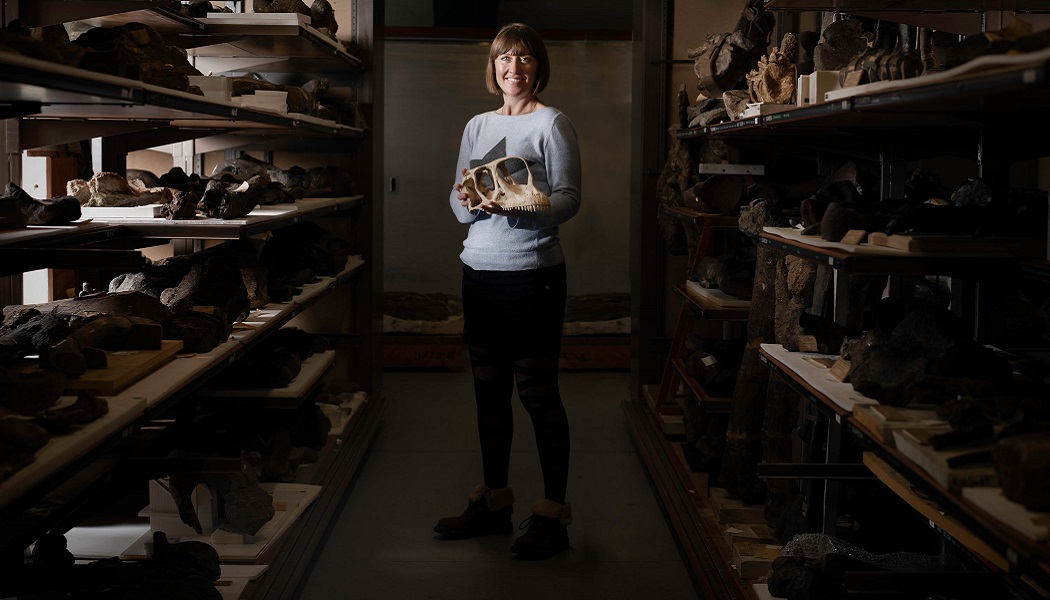 Lockdown restrictions have been catastrophic for museums. Without visitors and with many members of staff furloughed, the past year has robbed institutions of the characters integral to their purpose.

While making collections and exhibitions available digitally has been a sizeable focus for many, piquing public interest by appearing on the nation’s TV screens has proven a highly successful alternative for several organisations.

During the UK’s first nationwide lockdown last spring, TV and film viewing spiked at the expense of outlawed activities such as trips to museums and visitor attractions.

Highlighting just how important films and series became to everyday life, Ofcom data spanning the harshest restrictions in March and April of 2020 shows adults spent 40% of their waking day in front of a screen.

While most cultural institutions understandably scrambled to launch digital content as a way of reaching exiled audiences, others were forging ahead with projects to reach entirely new audiences via their TV screens.

As seen on screen

In the same way that dogs are often overcome with glee at the sight of a fellow canine on TV, a fleeting glimpse of a museum enthusiast’s favourite attraction on screen is about as thrilling as it gets during lockdown.

One site that will have popped up more than most in the nation’s binge-watching over the past 11 months is Somerset House. The historic London venue is a silver screen stalwart, having provided the backdrops for countless blockbusters in recent decades.

Whether you’ve been indulging in current Netflix sensation The Dig, Hollywood’s noughties version of Sherlock Holmes, or one of Pierce Brosnan’s Bond appearances in Goldeneye, you will have spied the riverside arts centre in the process.

While quantifying the impact of on-screen appearances and monetising the ensuing interest can be very difficult, the Somerset House team has recently launched a Film Locations Tour to do precisely that. Open to the public and corporate clients alike, these explorations of enclaves immortalised on film are seen as an ideal way to attract new audiences.

What are the biggest challenges?

Despite the difficulties of large film crews descending on an historic site, the importance of incomes derived from these collaborations has never been more pronounced.

“Unlike many other cultural attractions, Somerset House is an independent charity that does not receive any regular public funding to support its events, exhibitions, education and outreach work,” explains Freestone.

“Filming income directly contributes to this, along with helping us to achieve the upkeep of the Grade I listed public building. Furthermore, it has the benefit of engaging new audiences. When a recognisable scene is filmed at Somerset House, it can attract audiences who may not otherwise have visited.”

It is of paramount importance, given the harsh financial realities imposed by the pandemic, that the venue continues to find new ways of leveraging its “elegant rooms, sweeping staircases, atmospheric lightwells, picturesque terraces and spectacular Courtyard” to support its wide-ranging public engagement work, she concludes.

Anyone partial to a screen portrayal of Henry VIII, or any other Tudor-themed tale for that matter, will almost certainly have encountered scenes filmed on Historic Royal Palaces (HRP) property.

Serving as stewards of sites including the Tower of London, Hampton Court and Kensington Palace, the organisation is perhaps predictably a popular backdrop for many TV and film productions.

HRP’s sites are heavily oversubscribed by companies wanting to film on site, leading to many requests being rebuffed – primarily due to logisitical or time constraints.

There are, however, various other sites across the British Isles with easier access and similar architectural features more than willing to step in as a substitute. 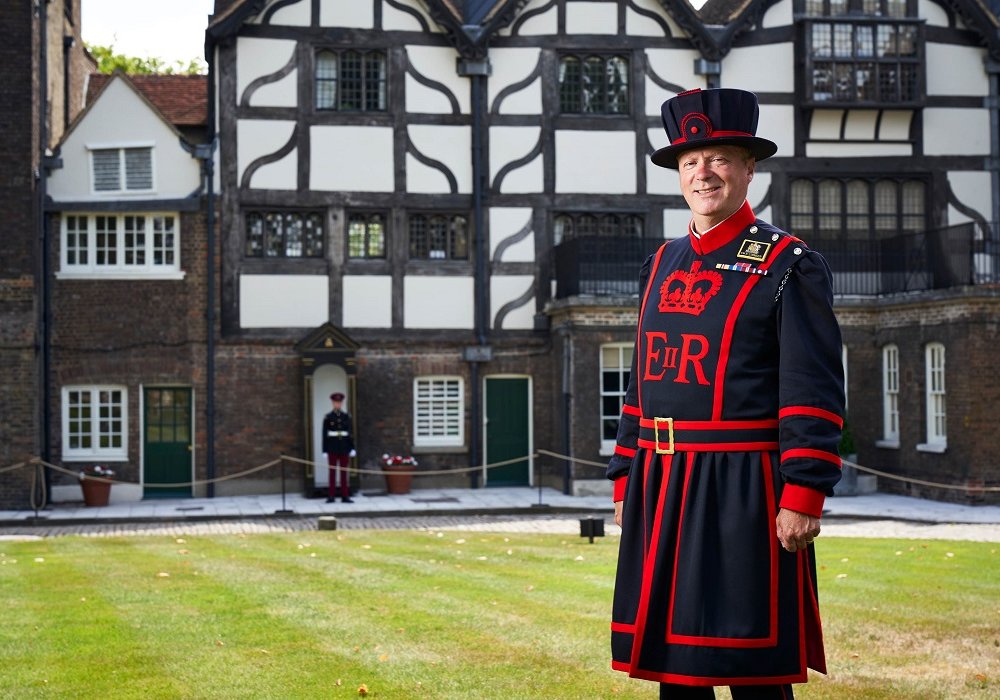 The regular receipt of access fees for filming are a highly useful revenue stream for Historic Royal Palaces, but the practicalities – requiring a full-time member of staff being dedicated to managing shoots – mean public engagement remains the primary benefit.

Certain areas are cordoned off during filming at the historic sites but visitors are never shut out entirely. While acknowledging that this strategy is “logistically really difficult to pull off”, Laura Hutchinson, HRP’s head of media and PR, notes that “visitors do really enjoy it”.

Recalling occasions when unsuspecting visitors have stumbled across “Olivia Colman hanging out the window shouting at a string quartet” during the filming of Oscar winner The Favourite and “Kermit sprawled across a table” as a Muppets movie was shot, she believes these sightings serve to make visitor experiences even more unique.

Another benefit of such projects can also be found in future collaborations. Having forged a good relationship with the film studio behind The Favourite, for instance, Historic Royal Palaces was offered a loan of the costumes to hold a mini exhibition at Kensington Palace – another great way to use a popular film to boost visitor numbers. 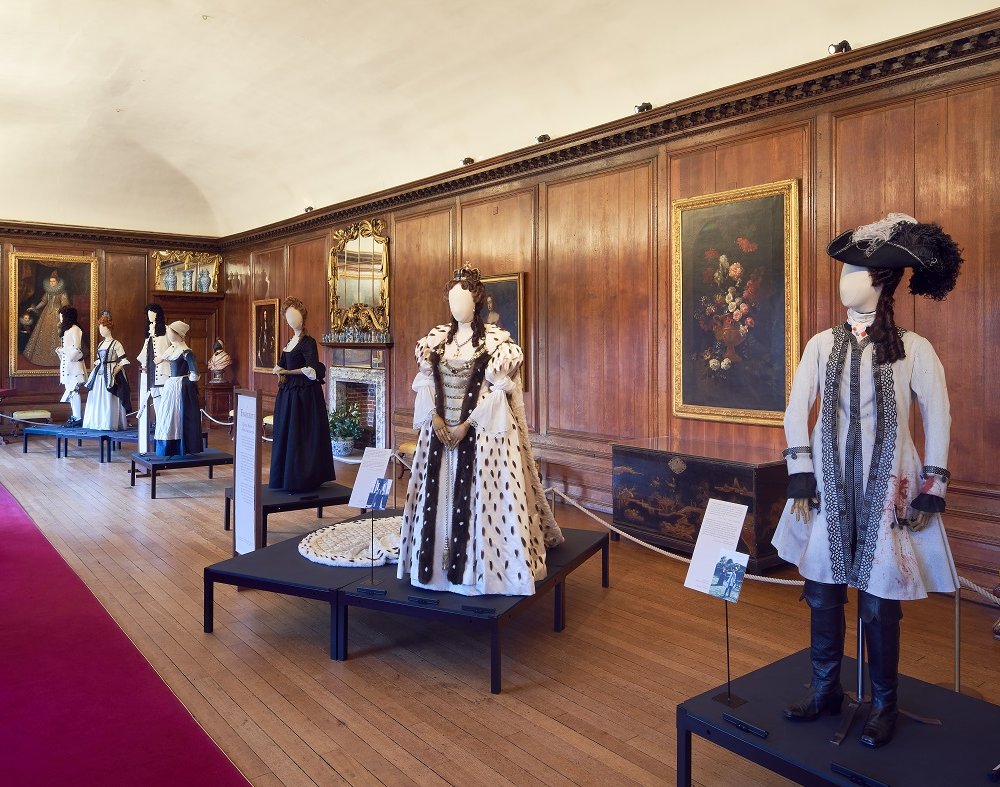 Aside from the successes of movie projects, it’s another area of broadcasting that Historic Royal Palaces has made its own: observational documentaries.

“When you consider that we get around three million visitors per year to the Tower of London and can reach a third of that number in a single hour-long documentary, it is incredible for engagement,” Hutchinson asserts, discussing the huge impact of Channel 5’s Inside the Tower of London.

The series, which has now aired three series and been sold internationally, has delivered both anecdotal and data-driven evidence of how a TV series can boost public awareness.

“Our media work has proven particularly important this year. Having lost 87% of our usual income, we can’t rely on the international market as we once did,” she explains. “While digital is important, this is a great avenue to reach new people and tell your stories to audiences who are never going to make it to your site.”

The flurry of Tweets that emerge when an episode airs enables the Historic Royal Palaces team to gauge each instalment’s success, while also proving an excellent tool for attracting new followers.

Another measure of the series’ popularity is only evident when the Tower is open to visitors. “It’s funny and very gratifying when, after three years of programmes going out, you hear visitors approaching staff like they’re celebrities and saying ‘oh my god, I’ve seen you on the telly’”, the head of media and PR says.

This successful formula, finetuned over the time Historic Royal Palaces has worked with production company Lion TV on Inside the Tower of London, has now served as a template for others to follow.

Having filmed the inaugural run of a new observational documentary series during the most turbulent months of 2020, the Natural History Museum has been brave in its pursuit of new audiences.

Early signs are that this bold approach has been richly rewarded.

Consolidated viewing figures for the first two episodes of Natural History Museum: World of Wonder, broadcast weekly in a Channel 5 primetime slot, reached 1.4 million. Now that the entire series has aired, consolidated figures for the whole run have topped five million across all four instalments. 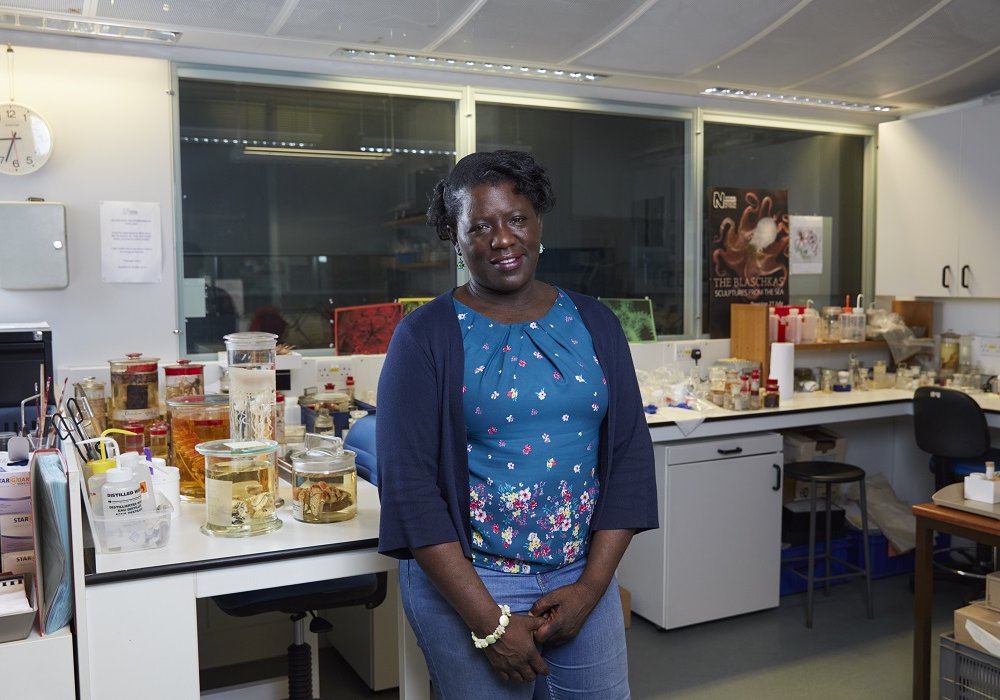 Miranda Lowe, Curator and Marine Biologist, behind the scenes in the Marine Science Laboratory © Channel 5 All Rights Reserved

The organisation’s latest foray into the TV listings was overseen by its head of media & PR, Marion Bentley. Having spent over a decade working for Channel 4, and after consulting Laura Hutchinson, her counterpart at Historic Royal Palaces, Bentley struck a deal for the museum to star in the Channel 5 series that will be distributed internationally and is now available to watch on-demand until 2025 via the My5 Player.

Having been approached by scores of interested production companies, it was The Garden Productions – veterans of hit shows such as 24 Hours in A&E and 24 Hours In Police Custody – that won the team’s trust to manage and deliver a documentary series filmed throughout a year ravaged by the outbreak of Covid-19.

While the options were extensive for channels to host the docuseries, it was the opportunity to reach viewers from diverse backgrounds and regions that especially attracted the Natural History Museum to this project. 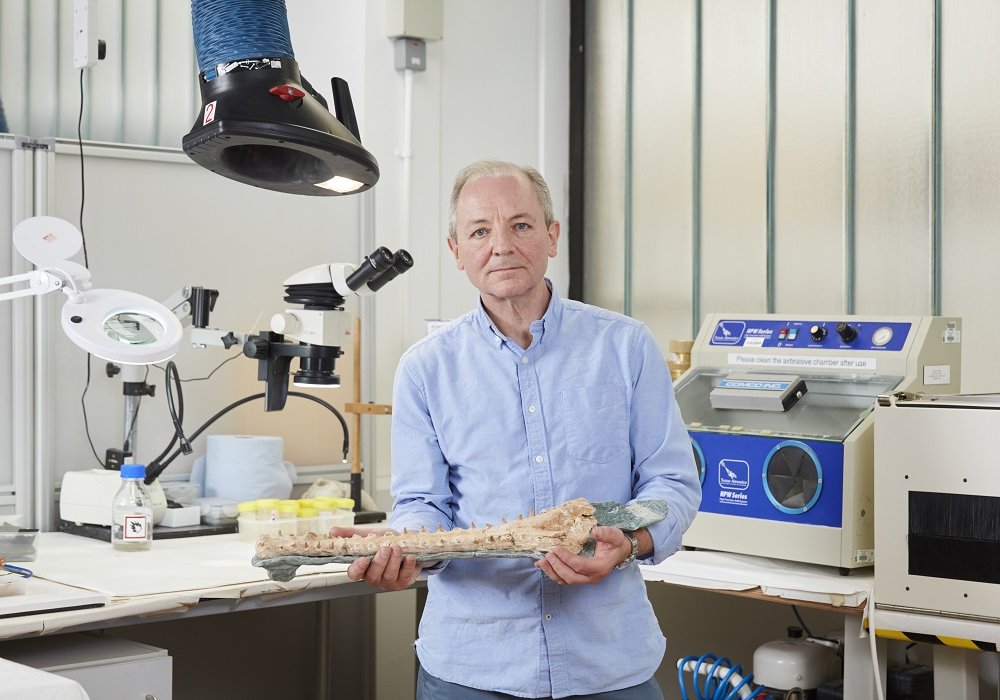 Mark Graham, Senior Fossil Preparator, behind the scenes in the Fossil Preparation Lab in the Museum's Conservation Centre; holding the lower jaw of an extinct species of crocodile called Dyrosaurus © Channel 5 All Rights Reserved

“So many great documentaries are produced for the BBC as the public service broadcaster, with audiences on BBC Two and BBC Four that are really engaged with the museums sector. What really appealed to me was that Channel 5 offered the chance for us to reach a much broader, different demographic,” Bentley explains.

In addition to the new series, the South Kensington institution has featured on screen increasingly frequently in recent months. This evidences the organisation’s growing belief that “TV is another essential platform to reach key target audiences” amid the sector’s “huge pivot in terms of digital content” over the past year, she notes.

Live-streamed gigs by artists such as Dermot Kennedy, a prime time Gary Barlow concert shown on ITV and a wedding weaved into the plot of E4’s Made in Chelsea have all served to connect absent audiences with events hosted in the iconic Hintze Hall during lockdown. 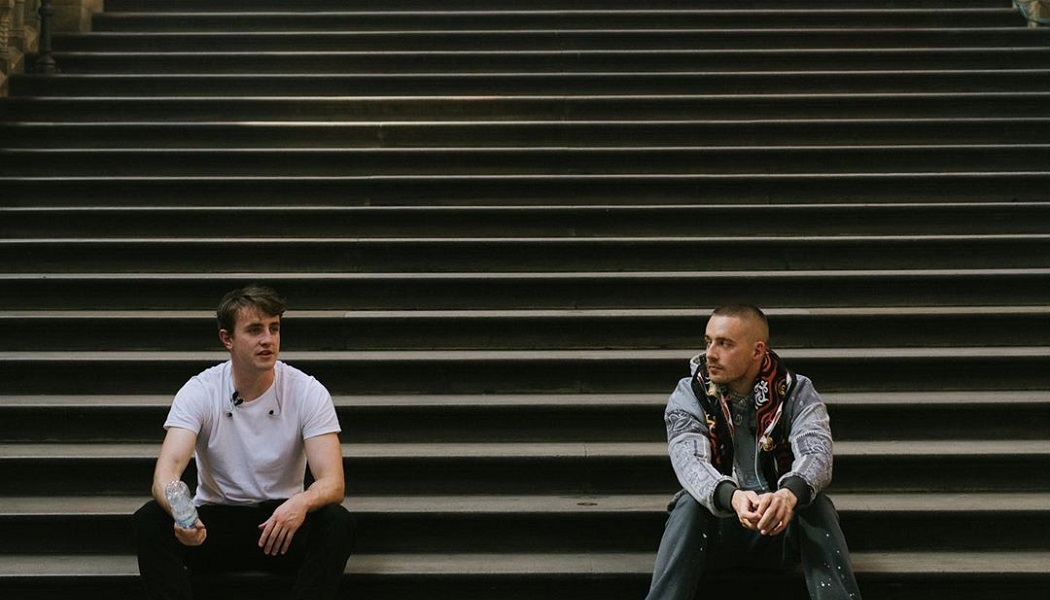 This represents a much broader intensification of creative solutions to the impact on commercial revenue brought about by pandemic restrictions. These TV and streaming events were managed and overseen by the Museum’s Venue Hire team, in close collaboration with their Media & PR colleagues.

For the Channel 5 series, however, “it’s always been much more about audience engagement than as a money spinner for the museum,” Bentley concludes.

While she remains “hopeful the new series will still drive visitor numbers post-lockdown”, it is the prospect of continuing to reach entirely new audiences that drives both this project and the institution’s ongoing mission to create advocates for the planet.