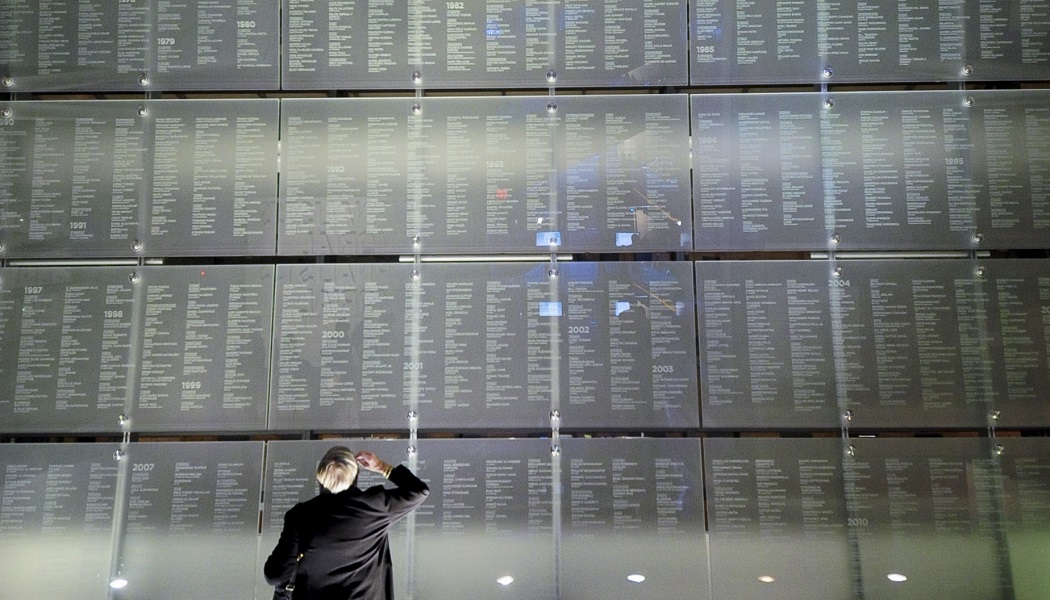 Read all about it! Newseum nears final deadline as financial strain bites

The shared struggles of museums and print journalism are laid bare in the demise of Washington D.C.’s Newseum.

This is sadly not fake news.

The ethics of accepting certain advertising or private investments, the question of whether to ask readers or visitors to pay for content, and attempting to juggle a viable wage structure with enough skilled staff to succeed are challenges that never go away – for museums and print journalism alike.

Both are beset with challenges to stay relevant and – perhaps most crucially – profitable in an ever-changing landscape. A journalism museum was never going to find the early 21st century easy terrain.

The museum is dedicated to the history of journalism, present day news dissemination and the application of the U.S. Constitution’s First Amendment – enshrined in law to guarantee free speech and a free press.

Having welcomed almost ten million visitors to its sprawling site since 2008, the museum in the USA’s capital has circled the fiscal plughole for some time. The Newseum will permanently close its doors on 31st December.

The Freedom Forum, which originally established the museum back in 1997, will nevertheless continue its “mission to champion the five freedoms of the First Amendment” and stimulate public debate regarding the importance of a free and fair press. The Forum itself was established in 1991 by Al Neuharth and has served as the principal funder of both the Newseum and Freedom Forum Institute.

In a statement released to confirm its imminent closure, the museum explained it has “struggled financially for a number of years and continuing to operate in our current location has proven unsustainable”. The Newseum’s home will be taken on by Johns Hopkins University as a venue from which to run graduate programmes. A deal for the prime location on Pennsylvania Avenue was done in January for $372.5 million.

When the sale was announced, Jan Neuharth, Freedom Forum’s chair and chief executive, said it had been a “difficult decision, but it was the responsible one”. Her statement continued, “we remain committed to continuing our programmes – in a financially sustainable way – to champion the five freedoms of the first amendment and to increase public awareness about the importance of a free and fair press.”

While bringing in more than $370 million may seem a good way to balance the books, that still won’t recoup the organisation’s cumulative outlay. Having been encouraged by solid visitor figures at the turn of the century, Freedom Forum doubled down by moving the museum from its home of 11 years in Virginia to a shiny new site opposite the National Gallery of Art in D.C.. The gamble hasn’t paid off.

While the organisation’s mission will remain undimmed, many of its iconic spaces will soon be consigned to the past. 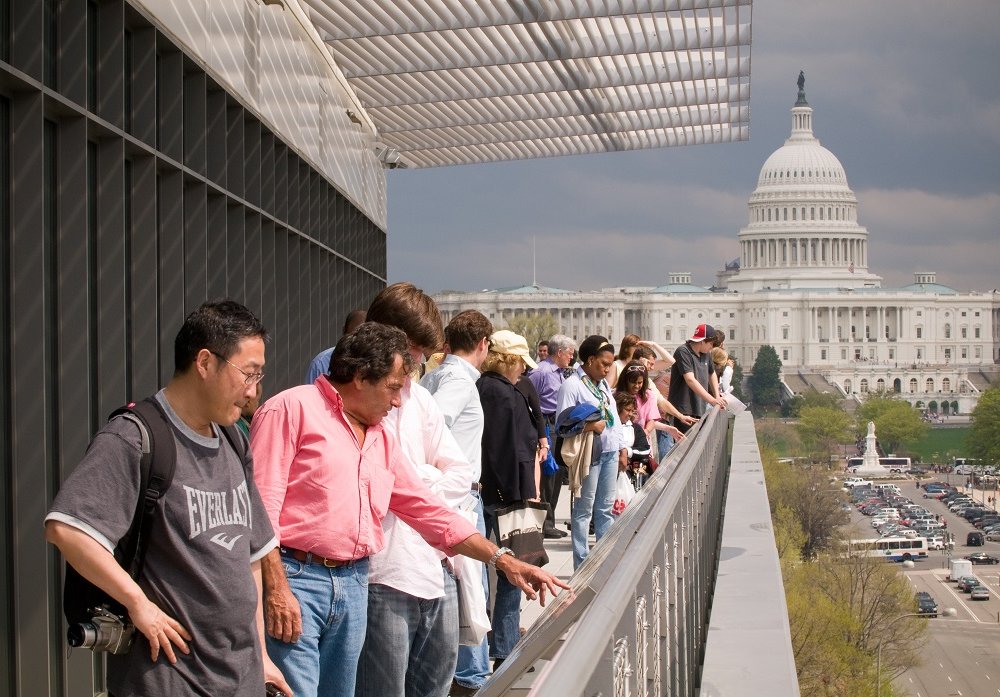 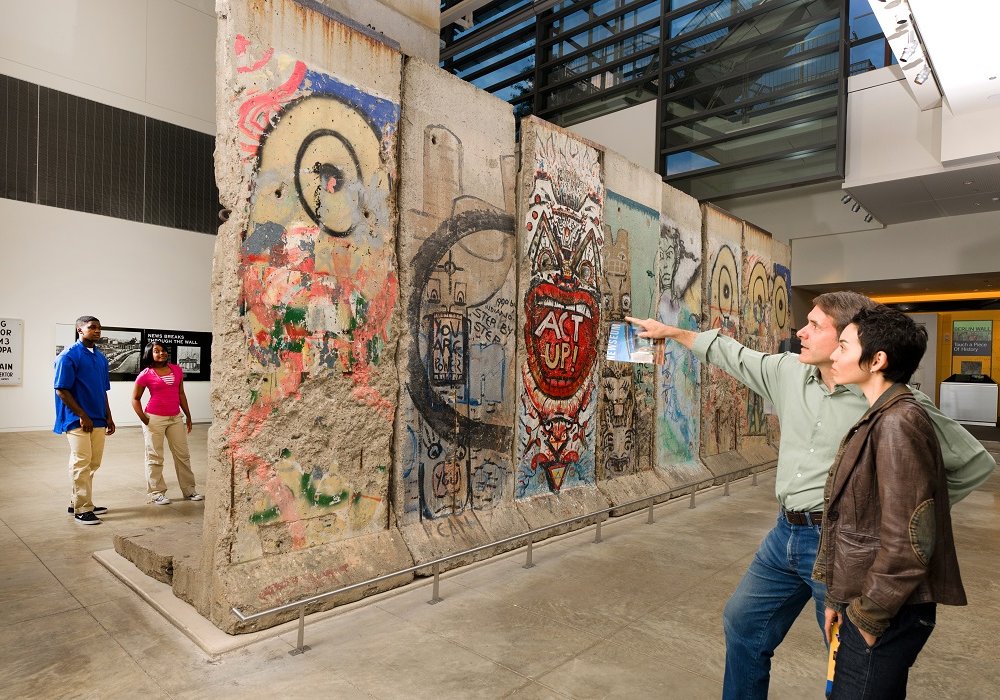 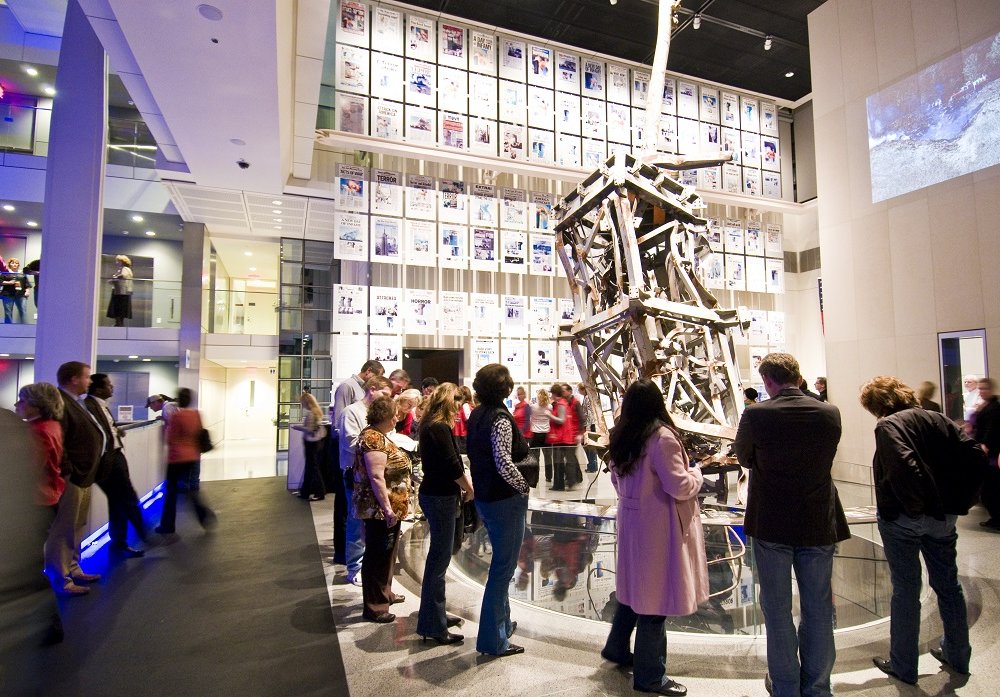 The 9/11 Gallery at Newseum © Maria Bryk/Newseum 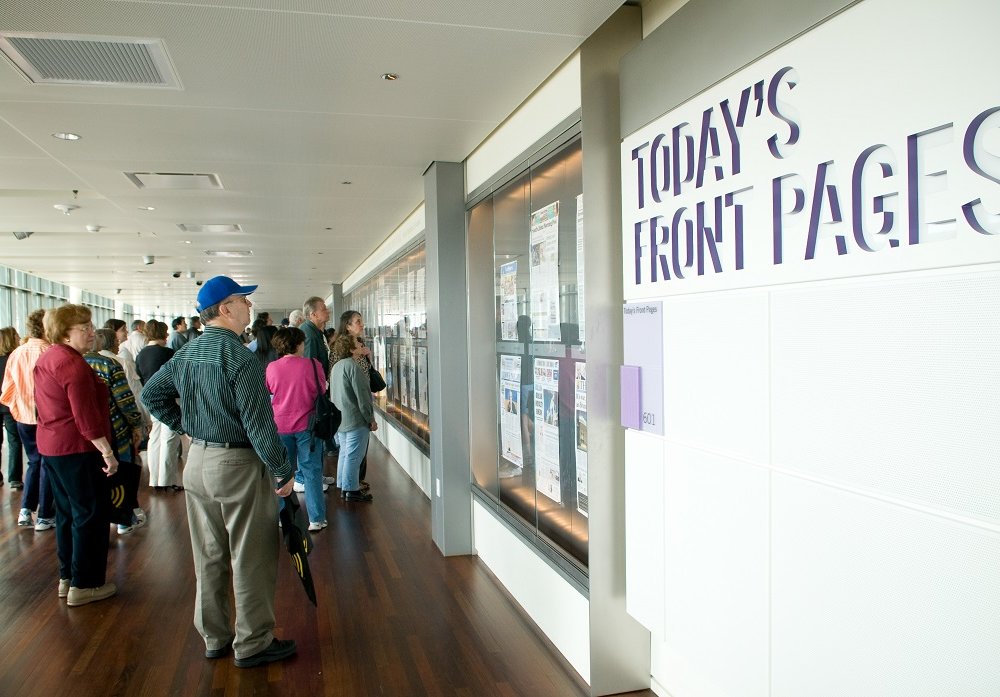 The miserable-sounding process of ‘deinstallation’ will begin in earnest from January, with all of Newseum’s artefacts being transported to a state-of-the-art support centre for storage and maintenance. The collection will remain available for outgoing loans, educational programmes, public events and digital initiatives, all of which will serve as a method to continue the institution’s mission.

Founded on the First Amendment

The First Amendment to the Constitution of the United States of America reads:
Congress shall make no law respecting an establishment of religion, or prohibiting the free exercise thereof; or abridging the freedom of speech, or of the press; or the right of the people peaceably to assemble, and to petition the government for a redress of grievances.

Ensuring the collection remains accessible is regarded as key to perpetuating ongoing educational efforts. Such endeavours are, according to the organisation, “needed now more than ever”; no doubt in reference to the increasingly hostile environment for journalists under the current White House’s agenda.

An unrivaled arsenal of journalistic memorabilia, the Newseum collection includes every Pulitzer Prize winning entry since 1942 will close its doors for the final time on the last day of 2019.

Financial troubles in the museums sector barely constitute news nowadays, but the Newseum’s demise serves as a timely reminder that institution’s – no matter how worthy or imposing – will not necessarily always be there if the public do not support them. If today’s newspapers are tomorrow’s fish and chip paper, what will become of tomorrow’s museums – if not an expensive university building?