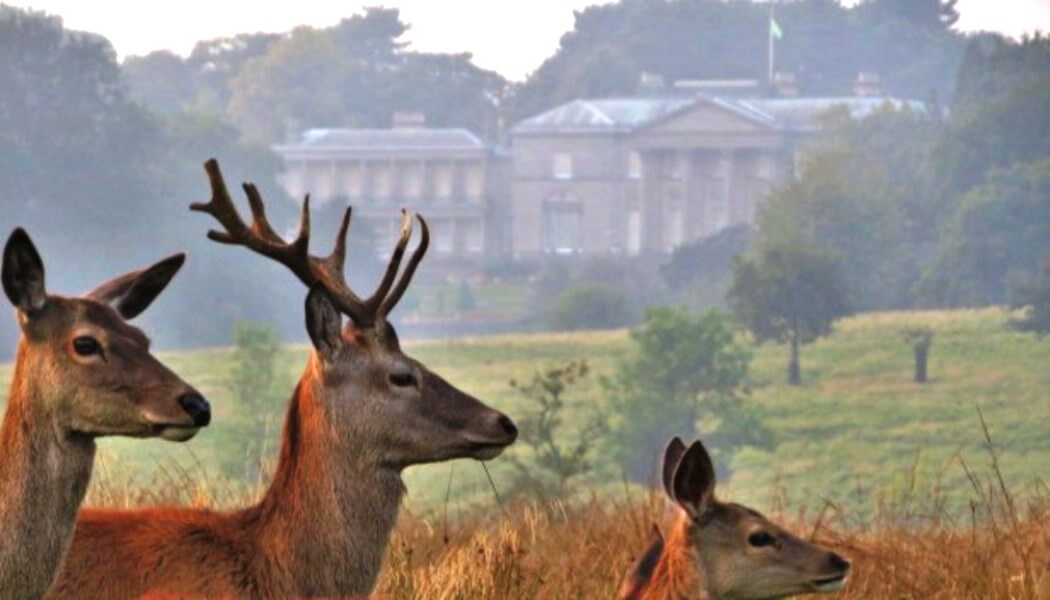 Main Image: The neo classical mansion at Tatton Park and some of the deer on the 1,000 acre deer park
Share

Tatton Park in Cheshire is an historical estate that has been a residence since 16th century and today is a popular visitor attraction that includes a neo-classical mansion, 50 acres of landscaped Gardens, 1,000 acres of deer Park, a rare breed working farm and medieval Old Hall

Last year it completed the redevelopment of its EPOS system with TOR Systems and created an infratructure that includes wifi across the estate, online ticketing and contactless payment. Now it is moving onto the second phase of the project, which will include a new membership scheme

The Tatton Park estate is owned by the National Trust and run by Cheshire East Council and plays host to more than 100 events each year, attracting around 800,000 visitors across the North West, nationally and internationally. Until last year Tatton Park operated EPOS systems dating back to 2001 that supported its visitor admissions at park gates, individual attraction admissions, transactions at retail and catering outlets, events, education and group visitor bookings.

This EPOS systems and hardware were of varying ages and it was therefore proposed that these systems were replaced with a new EPOS system, which would provide the existing core processes plus additional requirements relating to improved management information, online ticketing and CRM (customer relationship marketing).

Tatton Park conducted a comprehensive procurement process to produce detailed requirements and invited suppliers to visit the park to get a better understanding of the business. The critical specification was that the chosen supplier could deliver an integrated system across all the different areas; gates admissions, attraction admissions, retail, catering, back office functions and online.

“We chose TOR Systems because they were a good fit in terms of size for our organisation and for working with us,” says Carole Mullineux, business development manager at Tatton Park. “They were very good at communication, they were very professional, and we knew we would be able to talk to the right people if there were any issues.” Another appealing aspect, she says, was that TOR Systems also holds an annual user group forum, which allows its clients to network with other visitor attractions such as the Imperial War Museum and share experiences as well as help drive development so it can update software accordingly. 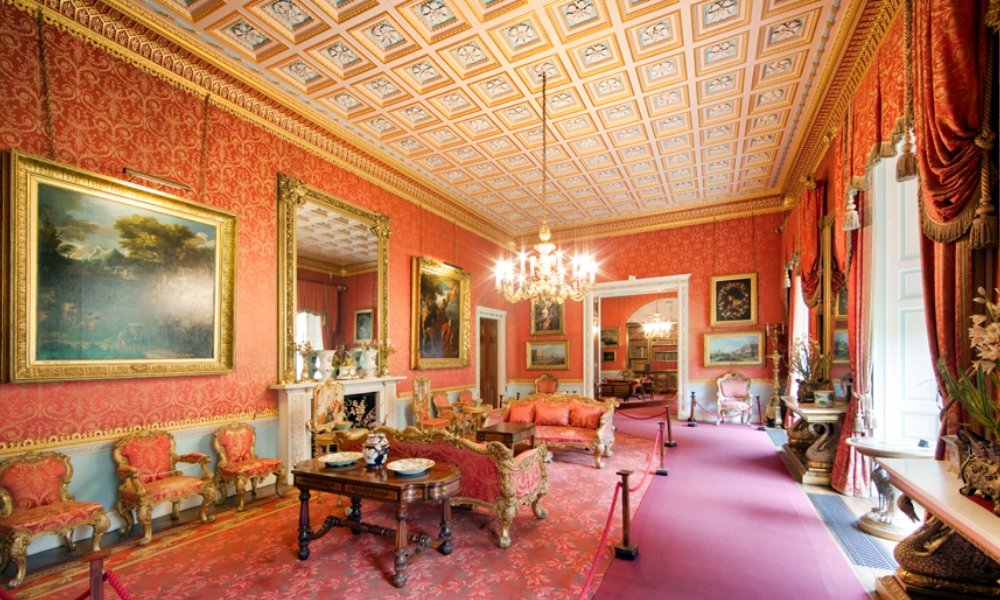 Mullineux says that the old system was providing basic transactional functionality to enable the park to operate its admissions, retail and catering facilities. But it was outdated in terms of software and they needed to upgrade it. “It’s a critical business system in terms of supporting how we operate on a day-to-day basis. It was very important from that point of view and we also wanted access to better management information as well.”

The new system has seen improvements to stock control, purchasing of merchandise, sales management and budget management. Staff can now go onto the system at any time and see what’s happening at that point in the estate, such as how many people are visiting the different attractions and the type of visitors. They can see up to date spend in the shops, what’s selling, what’s not selling, which are big improvement to previous capabilities.

The new system has also benefitted the retail and catering staff as they have the most efficient equipment to work with and Mullineux says they really appreciate the contactless facility, for example, and the fact they can scan items quickly, reducing queues at tills as well as reducing the need to handle change as much. It has also benefited the staff on the gate, she says, especially during big events and bank holidays, with the new system preventing long waits for entry as the admissions can be processed faster.

“It very much helps with our staff teams confidence if they know they have a robust, efficient system” she says. “It means that we are more efficient and better informed about what we are doing. There are simple things as well, such as being able to send daily messages and updates on the system. So for example, the people who are front of house at the gates can send a message to say there is a group arriving at 11am, which has special requirements, enabling them to be prepared to meet and greet that group to offer the required support. So communication has improved.”

The project was also about providing the best hardware for visitors at point of sale to show that the park was digitally up to the minute. The Tatton Park estate now has contactless machines, which has been a major benefit to staff and customers in terms of speed through admissions and also in retail and catering. One of the other major improvements was creating online ticketing facilities.

“People expect to be able to buy tickets online and we know from industry sources that if people pay upfront and get that over with, because they want to be reassured of guaranteed entry, once they are at an attraction the secondary spend is potentially higher by about 20 per cent,” says Mullineux. “We have also moved from pre-printed tickets to tickets printed at point-of-sale at the tills. Actually from a visitor point of view we have attractive, newly designed tickets almost like a souvenir that they can keep. We are reducing waste as we can print it as they come through. Visitors can also print their tickets at home or bring it on their phones to be scanned.”

Core objectives of the new EPOS project at Tatton Park

Donna Dewar, implementations manager at TOR Systems, which supplies ticketing and admission systems, says the old system at Tatton Park supported selling goods rather than being an admission system. “We proposed a solution, in partnership with Fidelity who supply stock control and an EPOS system. This joint offering would not only satisfy their retail and catering requirements but also their admissions requirements, which include the online ticketing and CRM and improved management information.”

Previously tickets were not able to be purchased on the park’s website and the proposal was that TOR Systems would provide a fully integrated system. Tatton Park’s incumbent system was purely EPOS so they wanted to broaden the scope to include admissions, online tickets and CRM. “It’s been successful at Tatton Park – it’s been a popular method of buying admission and they are now looking to add more paid for events to the system.”

With the new online ticketing system the team at Tatton Park can add events themselves and can decide how long the tickets are available for and also be assured that this is integrated into the main system. All the estate’s hardware has been updated, which now includes touch screen tills, new chip and pin units, which are contactless, and the ability to offer Apple Pay.

Part of the project has also involved upgrading infrastructure around the estate to include wifi across parts of the park, especially where customers will sit to eat and drink. The new connectivity has made it possible to launch new projects such as a new digital app for Tatton’s industrial farm, which dates back to the 1750s. The app will go live at Easter and visitors will be able to download it to their phones or borrow an iPad with features such as a kids’ trail, 360° virtual reality views of farm buildings from the past, the machinery and processes involved as well as farm workers from previous centuries. 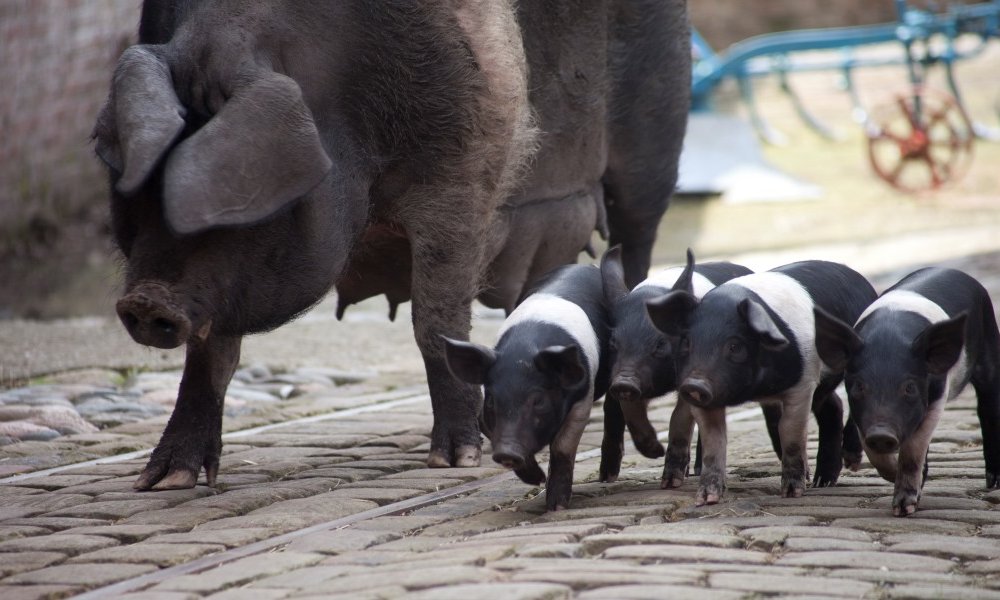 “Everything had to be done sympathetically to the estate, for example cables had to be underground and any alterations had to be completed mindful of heritage and conservation issues.” The project began in July 2016 and the most important aspects were completed in July 2016. However, Dewar says there are still some remaining phases to be finished.

“The relationship doesn’t end at delivery, we carry on far beyond that. We are building new products at the moment to enhance their existing online ticketing offer. More events are also set to be included with our assistance and advice. Self Service portals for trade, groups or members will allow third parties to book directly with the attraction without the need for calling the necessary department, so it’s putting the ownership of the purchasing on the booker.”

Dewar says that it was a complex project because it involved the council, plus other suppliers as well as the team at Tatton Park, which required robust management to keep the project moving. “But the first time we met with the Tatton Park team we recognised the benefits they would get from the system and also the experience we would get from managing this project”.

As well as visitor attractions wanting to offer online and mobile ticketing to their visitors, Dewar says that TOR Systems is increasingly being asked to implement ticket scanning capabilities for its clients, which is another asset that they have been able to provide at Tatton Park. 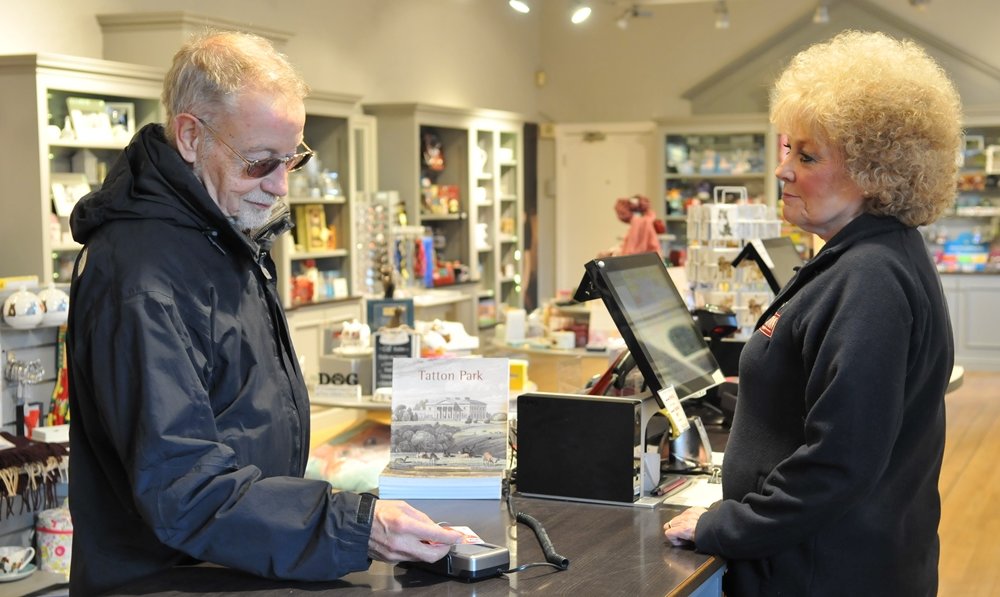 “We have implemented some high-tech solutions for Tatton Park all of which are equally usable whether you are a large rural attraction like Tatton or any type of attraction” she says. “Visitor attractions want to be able to sell complex packages to customers as well as a simple walk up admission. So what we are providing is a one-stop shop for the delivery of everything they offer.”

TOR Systems has a number of longstanding relationships with large and complex attractions, which allows it to understand what visitors need through customer research and feedback. “We use that to feed into suggestions for all our new customers. We also have an annual user forum where we bring all customers together. This involves spending a day together talking about all the systems they are using, our software and the sector in general. This networking often provides room for change and a new way of working once they return to their organisations.”

Mullineux, who took on the role of programme manager for the project, says that one of the biggest challenges was the sheer size of the site. “We probably did underestimate the project in terms of the level of complexity. It took longer to deliver because of this, but we delivered on budget and quality, which was most important.”

To overcome the challenge of the sprawling site the project went live in stages; first with the back office, then admissions, then retail, then catering and finally online. “I would certainly recommend that approach to anyone implementing a system like this,” she says.

Another challenge was the diverse approach to technology from the Tatton staff team with a mixture of those who embrace new technology and those who were less confident. To help make the project successful and create a level playing field for staff the project team created a mock up EPOS station in one of the hot desk areas in the mansion. This included a till, a scanner and a ticket printer and all the training was conducted there. It was an unimposing environment where staff could practice with the equipment in a safe way as it was developed. This was well-received as staff could make mistakes and learn from them and also ask questions before it all went live.

With the first and most significant phase of the project completed, Mullineux says it is now about maximising its use while also creating the designs for the new membership scheme and offering the most satisfying visitor experience possible.