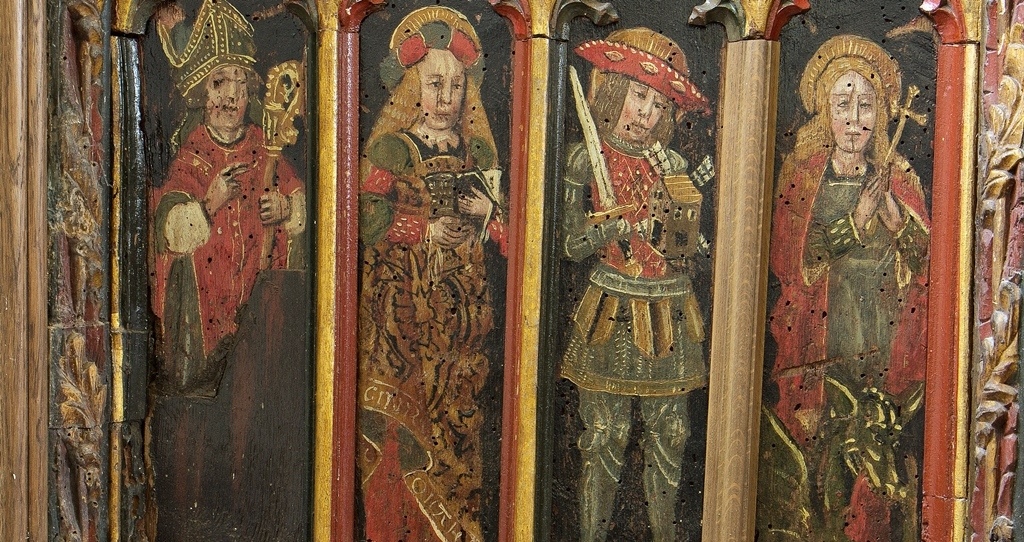 The decorative oak panels, bearing paintings of St Victor of Marseilles and St Margaret of Antioch, are considered of national importance, and were stolen from Holy Trinity Church at Torbryan in Devon between 2 and 9 August 2013. The panels remained missing until they were recovered by the Metropolitan Police Art & Antiques Unit after being spotted by a private collector in an online sale. This led to a raid by specialist detectives in south London in January.

The rood screen and its panels are one of only a handful of such artworks in England which survived the Reformation. The theft prompted a national media campaign to try to trace the whereabouts of the missing panels, receiving the backing of high profile figures such as Loyd Grossman, Dan Cruickshank and the late Candida Lycett Green. The collector who alerted the police recognised the panels from media coverage of the theft.

Crispin Truman, Chief Executive of The Churches Conservation Trust, said: “The Churches Conservation Trust cares for 347 churches around the country, and the Torbryan rood screen is one of the highlights of this internationally-significant collection. The theft of these unique artworks from Holy Trinity was a real blow, so we’re delighted that they are now back in our hands. 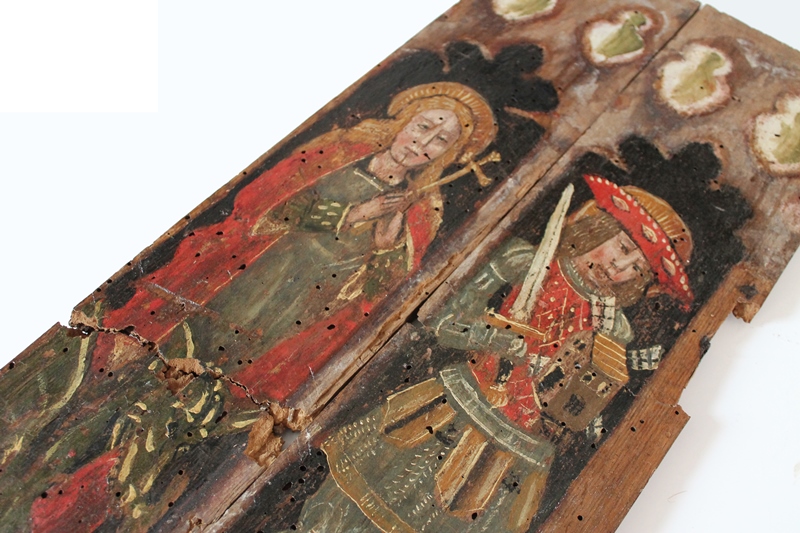 The damage to the rood screen will cost £7,000 to repair

“Unfortunately the damage caused as the thieves hacked them out of the church will cost a lot to put right, so today we have launched a campaign to raise the £7,000 needed to conserve them and repair the damage.”

Truman said that despite the theft the CCT was committed to displaying unique artefacts such as the rood screen panels in their original setting and open to the public for everyone to see and enjoy. “We now need to raise the funds to return these panels to their beautiful medieval church, in a tranquil wooded Devon valley that has remained unchanged for centuries.”

In response to the original theft, The Churches Conservation Trust conducted a thorough audit of security at Holy Trinity, Torbryan and a new alarm system is now in place at the church to protect its contents in future. A new scheme of interpretation is also being developed to explain the artworks and the history of this unique Grade I listed church to visitors.

An appeal has now been set up by The Churches Conservation Trust, in order to help restore them. Donations can be given over the telephone on 0800 206 1463 or online.