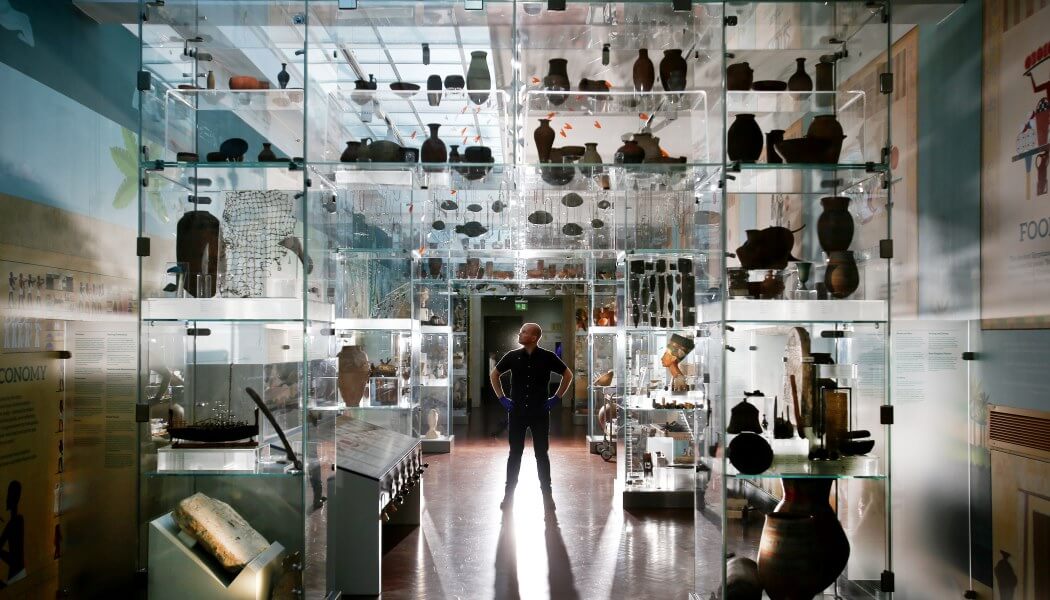 Main Image: Bolton’s Egypt has been designed to be bright, vibrant and welcoming
Share

The transformation of the galleries into into Bolton’s Egypt began in 2016, when the museum was temporarily closed, and the remodelling of the galleries began.  Now five specially-designed rooms, which are part of a £3.8m redevelopment of the town’s museum (which also includes a new gallery space, nature displays and a local history section) contain more than 2,000 different objects drawn from Bolton’s extensive archive of over 12,000 items. The project has been funded by one-off capital funding from the council, income from the museum’s touring exhibitions and a contribution from sponsor Eddie Davies.

At the heart of Bolton’s Egypt, the museum says is a breathtaking, full-scale recreation of the tomb of Thutmose III – the first of its kind outside Egypt. Also on display are highly-decorated funeral masks, intricately-carved stone columns, brightly coloured fragments of ceramics, ornate statues and illustrated reliefs.  In addition, there are displays of jewellery, clothing, jars, ornaments, figurines, tools, coffins and weapons. 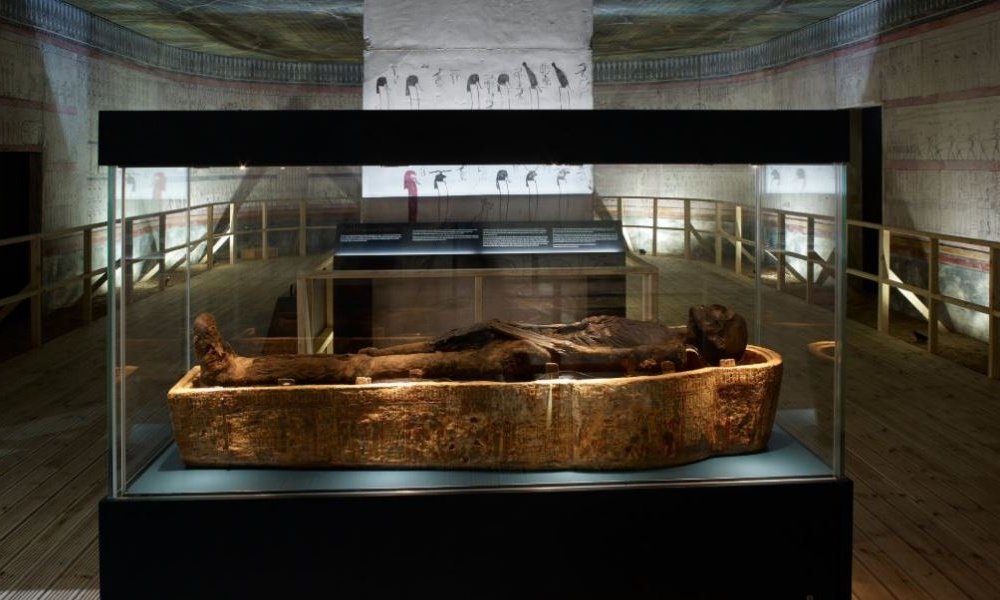 The museum team say that Bolton’s Egypt has been designed to be bright, vibrant and welcoming in contrast to the more traditional dark, low-lit approach to presenting Ancient Egyptian objects.

With an emphasis on natural light, the first two galleries are adorned with large coloured murals and other graphics which capture the Ancient Egyptian people’s celebration of life. Themes include fashion, beauty and lifestyle, together with sections on travel, trade and the natural world.

“Bolton has one of the country’s most significant collections of verified Ancient Egyptian artefacts and is home to the world’s oldest sample of mummification bandage,” said Bolton Museum’s Head of Collections, Samantha Elliott. “However, the background to the collection, and the incredibly close connection which was forged between the Bolton and Egypt during the late 19th and early 20th centuries, is less well known. Through these new galleries we have therefore explored not only the rich, vibrant lives of the Egyptians – and our enduring obsession with all things Ancient Egypt – but also how the philanthropy of several local families, and the booming cotton trade, combined to create a unique legacy for the town.”

There is also an emphasis on pleasure and playfulness running throughout many of the displays including ‘Egypt for the Many’, a video-wall which displays examples of film and TV content that reflects the public’s enduring obsession with mummies, pharaohs and the Pyramids.

“These elements, together with the bright, playful exhibits and the eerie atmosphere of the pharaoh’s re-created tomb, make Bolton’s Egypt one of the most engaging museum experiences in the UK.” 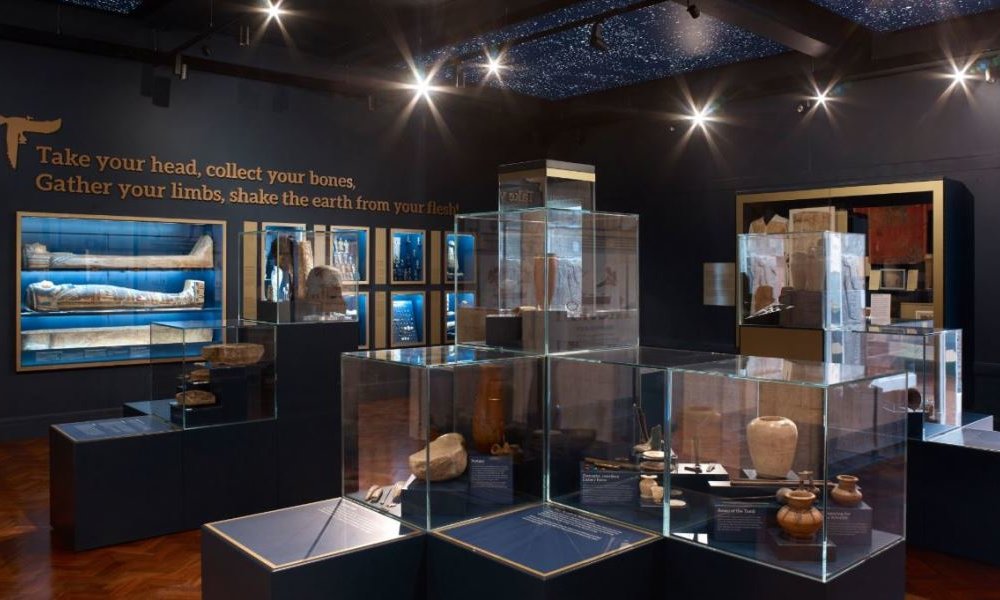 The recreated tomb of Thutmose III, first discovered in the Valley of the Kings in 1898, has created a stunning home for Bolton’s famous mummy. The figure is laid on an ornate coffin-base within the highly atmospheric chamber, the walls of which feature vivid illustrations depicting the 12-hour journey that the Ancient Egyptians believed was taken by the human soul from this life to the next. There is also an animated film projected on the wall of the tomb which captures every stage of the dramatic and perilous passage into the afterlife, based on the tomb’s illustrations.