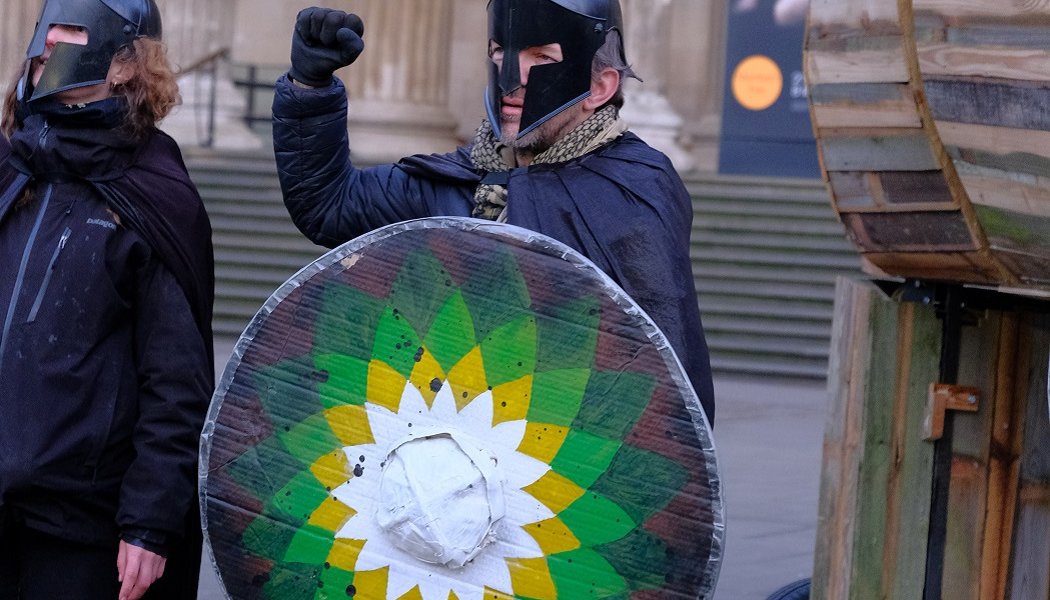 The discussions about further sponsorship, revealed in documents published by Culture Unstained, are said to have taken place between the British Museum and BP.

The Director of the British Museum is seeking to renew the museum’s sponsorship deal with BP – and the museum’s leaders have an ‘informal’ meeting group of which BP is a part – according to documents acquired and made public by campaigning organisation Culture Unstained.

Director Hartwig Fischer reportedly spoke to BP in June 2021, having invited staff from BP to the museum to discuss the future of the partnership. Agendas acquired by the group are said to show that Fischer and BP discussed ‘the different options for bp’s support post-Spring 2023’ after undertaking a tour of the museum.

The documents, released under Freedom of Information (FOI) rules and published by Culture Unstained, reportedly show Fischer had met with BP to discuss a continued sponsorship relationship, after the museum had claimed no decision was ‘likely to be relevant for some time’.

The continued relationship would be at odds with a long running series of campaigns for it to end, including protests and open letters.

Channel 4 News reported last night on Culture Unstained’s investigation into the ‘Chairman’s Advisory Group’ (CAG) – a group of approximately 30 business leaders including BP, which had met to discuss issues faced by the British Museum, including artefact repatriation.

The group, which Culture Unstained claims to be led by Museum Chair and Former Chancellor George Osborne, also includes representatives of banks Citi and Bank of America, Glencore and an unnamed multinational arms company, who are given a “direct line to the museum’s leaders behind closed doors”, it said.

When asked by Channel 4 about the CAG, a museum spokesperson said the group “is run very informally. The members attend meetings at their own discretion and in their personal capacity, (not as representatives of their organisations.).”

The spokesmen said the museum’s view is that “it would not be within their reasonable expectation that their attendance at these meetings would be publicised.”

In a statement, the British Museum denied claims that it was inappropriately influenced by any donations or sponsorship. It said “decisions are taken in line with the stringent and robust requirements of our Acceptance of Donations and Sponsorship Policy.”

Culture Unstained claims that in 2020, members of the CAG were invited to ‘brainstorm new ideas’ for “How the British Museum should engage with the new government?”. Some details were reportedly redacted by the museum.

On Monday more than 300 academics signed a letter to the British Museum demanding it sever ties with BP, the latest in years-long backlash against the partnership which was first made in 1996.

In 2016 a celebrity-studded call on the then new director of the British Museum asked it to drop BP as a commercial sponsor. Actors Emma Thompson, Mark Ruffalo and Mark Rylance were among those involved.

In 2020 the museum was occupied for three days during its BP-sponsored Troy exhibition, and later in the same year a group of activists from campaign group BP or not BP? held a socially-distanced demonstration at the British Museum in protest against the institution’s ties to firms with involvement in the oil industry.

Among signatories of the latest letter, sent to the museum’s Board and Director, are over 300 archaeologists and heritage professionals.

The letter calls for an end to its ties with BP which it said would “enhance the Museum’s public image, and in particular strengthen the Museum’s ability to inspire children and young people, who are highly conscious of the threats posed by the climate crisis”.

Rodney Harrison, a signatory to the letter and Professor of Heritage Studies at UCL Institute of Archaeology as well as project co-lead of ‘Reimagining Museums for Climate Action’ said: “It is becoming increasingly embarrassing and distressing for members of the archaeological and museum community to see their discipline tarnished by association with fossil fuel companies through such sponsorship arrangements.”