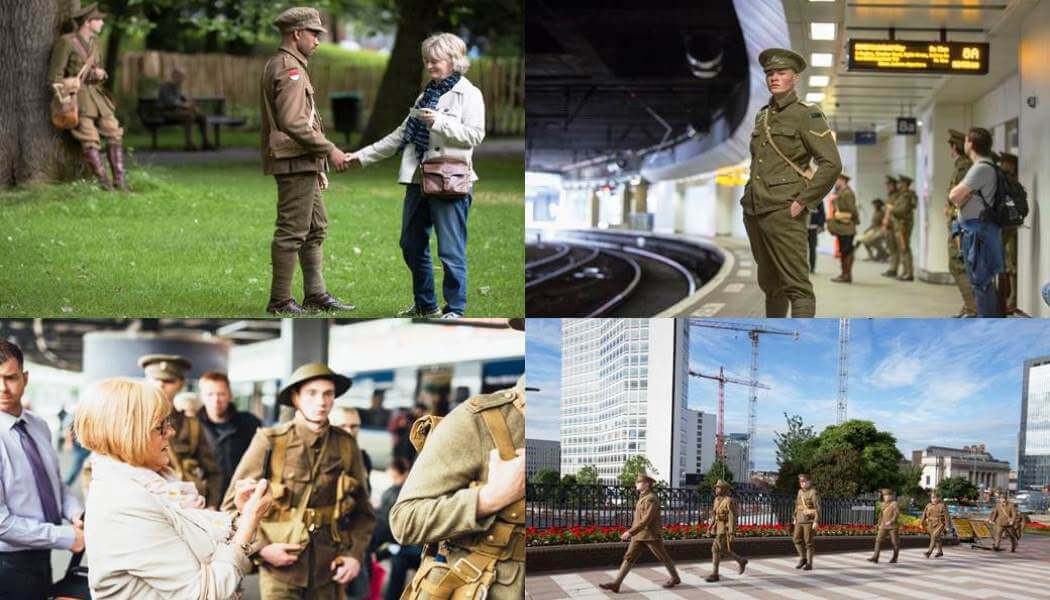 Main Image: 14-18 NOW's We're Here Because We're Here project, which will be showcased as part of teh HLF's One Centenary 100 Stories
Share

HLF will be live on  its Facebook page from midday today from the Imperial War Museum London’s First World War Galleries, one of more than 2,000 Centenary projects funded by the National Lottery

Today also marks the 100th anniversary of the Battle of Amiens, France that led to the end of the First World War

HLF will share people’s experiences, discoveries and personal responses to exploring the diverse of the Great War, which range from visitors to large projects such as the newly restored HMS Caroline in Belfast to thousands of community projects exploring the impact of the conflict locally and globally.

Almost £100m of National Lottery money has been invested in Centenary projects so far and the fund says the impact has been felt throughout the UK with 9.4m people taking part.

The HLF has funded the prominent projects at Imperial War Museum, HMS Caroline and the diverse range of events organised by 14-18NOW, the Centenary’s cultural programme and has allowed cultural organisations and the public to reimagine how the conflict is commemorated.