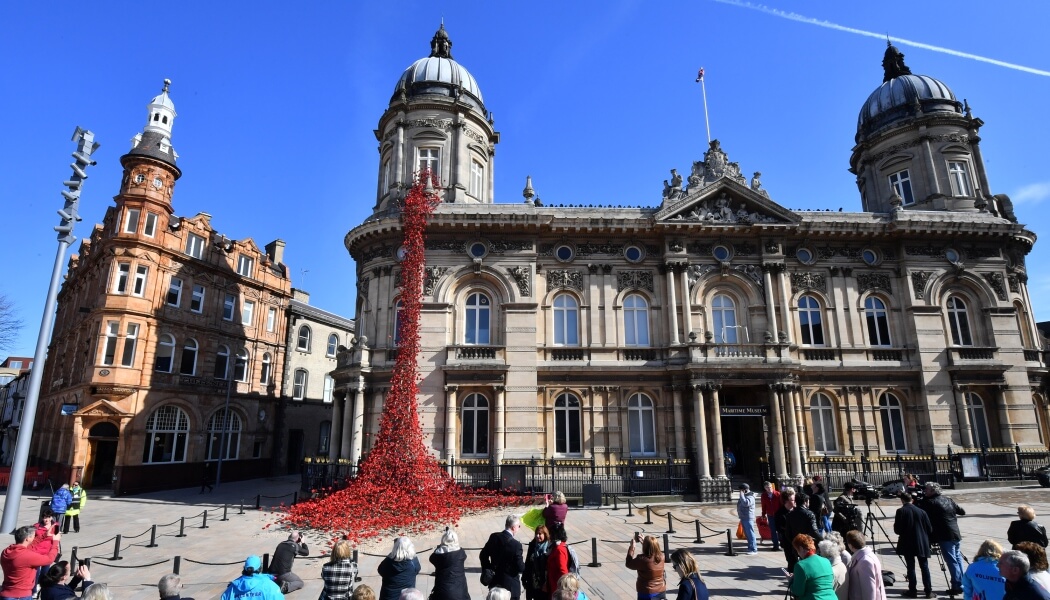 Main Image: Poppies - Weeping Window installation at Hull Maritime Museum, from March to May this year, was a big boost for the UK City of Culture 2017. Photograph by Anthony Devlin
Share

The Poppies Tour will come to a close in 2018 with six new venues chosen to host the iconic poppy sculptures Wave and Weeping Window, by artist Paul Cummins and designer Tom Piper, before they go on permanent display

More than 3.3 million people have visited the Poppies since the start of the tour in 2015 and dates and venues have been announced for 2018, which will be the final year of one of the UK’s most successful and extraordinary cultural tours.

After the tour concludes in November 2018, the two sculptures will move into the long-term ownership of the Imperial War Museum, becoming part of its permanent collection.

Wave and Weeping Window are from the installation ‘Blood Swept Lands and Seas of Red’ – poppies and original concept created by artist Paul Cummins and installation designed by Tom Piper – by Paul Cummins Ceramics Limited in conjunction with Historic Royal Palaces, originally at HM Tower of London 2014, which had five million visitors and won the Touring Exhibition Award at the Museums + Heritage Awards 2015.

Since then 14-18 NOW, a five-year programme offering ‘extraordinary arts experiences connecting people with the First World War’ has organised tours of the Poppies at 13 locations (not including the six announced for 2018) across the UK with exceptional results. The first venue to host Weeping Window was Woodhorn Museum in Northumberland in September 2015, which installed thousands of ceramic poppies from one of its colliery heapsteads. In just three weeks, 40,000 visited the iconic poppies sculpture, which was equivalent to a visitor figure increase of 1,340 per cent on the previous September.

Part of the condition of the poppies tour is that they are always free to view but off the back of hosting them the venues have experienced considerable upturns in revenue.

“Right from the start we were astonished and delighted by the positive impact that the displays of the poppies have been having at the various locations,” said Nigel Hinds, executive producer 14-18 NOW. “Some of the anecdotes, reports and studies are extraordinarily positive. The most recent report we have heard was from the Ulster Museum in Belfast where the Weeping Window display opened on Friday and by Saturday and Sunday had visitor numbers 70 per cent higher than for the same weekend last year. And the longer tale of the benefits are that in places like Woodhorn Museum, which has had a substantial, sustained increase in visitor numbers they became, for the first time over the summer, part of the Arts Council’s National Portfolio, with the poppies playing a part in the growing confidence of that organisation.” 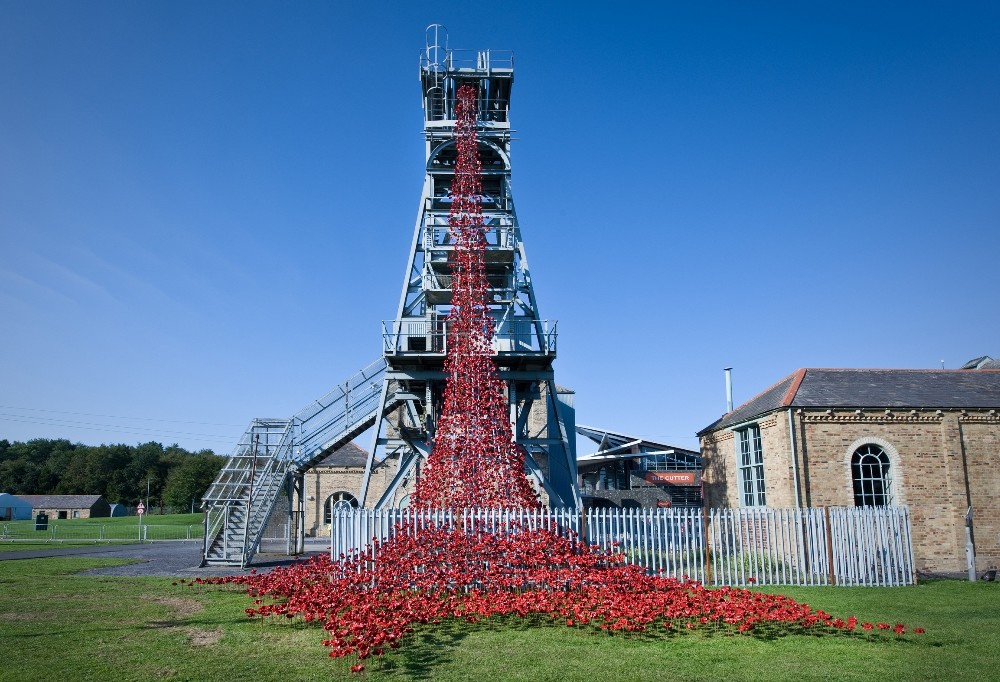 Woodhorn Museum in Northumberland installed Wave, which was made up of thousands of ceramic poppies cascading from one of its colliery heapsteads

Hinds says a similar story from the Black Watch Castle and Museum in Perth shows that its visitor numbers have increased to the extent that the museum is now embarking on a capital programme to extend its facilities because it now has both the funds and also the need to extend its ability to cater for an expanded number of visitors following the 2016 display of the poppies. Caernarfon Castle, which waivered its entrance charge while hosting Weeping Window from October to November last year, reported to 14-18 NOW this week that 2016 was the best year ever for visitor numbers and 2017 has already topped that.

In 2018, Wave will be installed at the Royal Armouries at Fort Nelson, Fareham from April 13 – June 24 and IWM North, Manchester from September 8 – November 25.

Weeping Window will be going to Hereford Cathedral from March 14 to April 29, Carlisle Castle from May 23 to July 8, Middleport Pottery in Stoke-on-Trent – where the majority of materials and much of the piece itself were manufactured – from August 2 to September 16 and IWM London from October 6 to November 18.

14-18 NOW was also behind the extremely successful We’re Here Because We’re Here project, which took place on July 1, 2016 and saw more than 1,400 voluntary participants in First World War uniform appearing unexpectedly in locations across the UK. The participants were a reminder of the 19,240 men who were killed on July, 1 1916, the first day of the Battle of the Somme. We’re Here Because We’re Here reached an audience of 30m globally, through various channels, and won best marketing campaign at this year’s Museums + Heritage Awards and an exhibition is currently touring the country.

“Like everybody else, including the government, BBC, Royal British Legion, Commonwealth War Graves Commission, we have been astounded by the sustained level of interest of the British public to learn about the First World War over the occasion of the centenary,” said Hinds.

14-18 NOW set a target at the beginning of its programme to reach ten million people through the period of the centenary and have already reached well over 33m. In January the organisation will be announcing plans for the 2018 season and is hoping to re-engage with past audiences as well as reach new ones.

Hereford Cathedral from March 14 to April 29

Carlisle Castle from May 23 to July 8