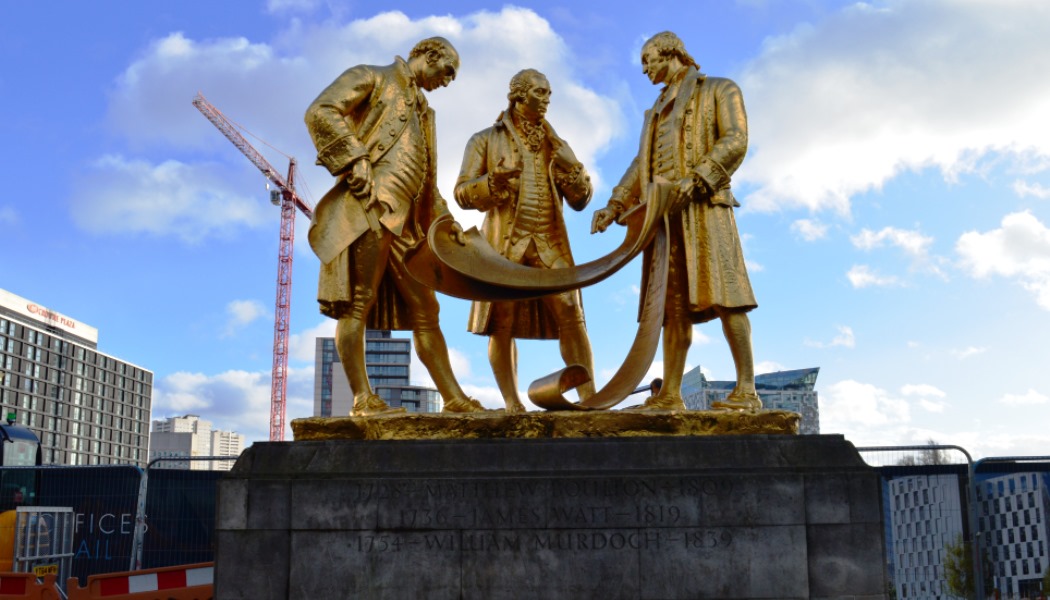 Moving statues: Q&A on how museums look after city assets during redevelopment

Main image: The Boulton, Watt and Murdoch statue, which stands on Broad Street in Birmingham is to be removed and cared for by Birmingham Museums Trust during redevelopments to the city. Photograph and interview by Adrian Murphy
Share

As a new tram line and regeneration to public squares take place in Birmingham, two of the city’s most iconic statues – Boulton, Watt and Murdoch and Iron: Man – will be temporarily removed from their familiar sites

But where will they go and who will look after them? The local museum of course. And Advisor had a quick chat to Rob Lewis, Collections Care Manager at Birmingham Museums Trust to find out more

Preparations are being made to remove the Boulton, Watt and Murdoch statue on Broad Street, expected to begin in late August, and Iron: Man, which is expected to move in early September, as the next phase of regeneration works around Centenary Square and Paradise begins. Both will return to public view in late 2018.

What happens to the statues once they have been moved?

The statues will be stored in secure third party storage, until the re-development works are complete and they can be re-instated.

What are the main ways the statues will be looked after while in the museum’s care? 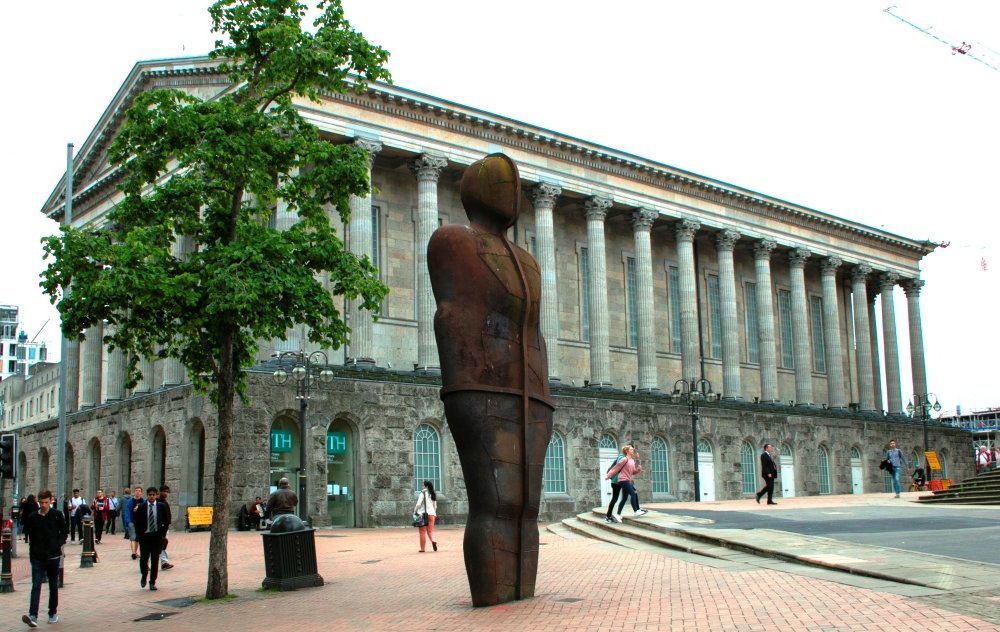 The Iron: Man statue in Victoria Square was created by sculptor Antony Gormley and will be returned to a similar location in late 2018 following the installation of tram lines. Photograph by Anne-Marie Hayes

How many city statues are in the museum’s care and are there future plans to return some of them to the city’s streets?

There are nearly 40 public statues and artworks in the museum’s care. Almost all of these are in the public realm. There are only a very small number of public artworks in storage – most of these, like Iron: Man and Boulton, Murdoch and Watt have been temporarily moved to facilitate redevelopment works, and will, like the reclining Thomas Attwood [19th century political reformer whose statue was situated in Chamberlain Square where redevelopments are underway], be returned within these schemes when the work is complete. Birmingham City Council and their contractors would be able to advise on the specific locations within the relevant schemes.

Can people see them while they are in the museum’s care?

As the two statues about to be moved will be stored by third party contractors in secure storage, the location for this cannot be disclosed, and they would not be accessible to the general public. The Museum Collection Centre is accessible on monthly Open Afternoons and by groups who may book a private tour. However, most of the Public Art, as it is only temporarily housed with us, are stored crated and so the sculptures themselves are not visible.

Why is this process of care important?

Birmingham Museums Trust undertakes to care for all works under its remit. It is important that these two statues, like others, can be enjoyed by the public and suitably cared for while they are temporarily removed. We look forward to seeing them back on display in the city again next year.

Boulton, Watt and Murdoch is the work of William Bloye, formerly head of sculpture at Birmingham School of Art, and sculptor Raymond Forbes-Kings. Standing on Broad Street it depicts the three pioneering figures of the industrial revolution discussing engine plans. Made of bronze with a gold finish, the larger-than-life size figures stand on a pedestal of Portland stone.

William Murdoch and James Watt were both Scots who came to live and work in Birmingham in the 18th century, pioneering the use of steam engines and gas lighting, and together with Birmingham-born Matthew Boulton, who was the entrepreneur at whose Soho Manufactory the products that they devised were built, they became a formidable team.

Iron: Man was created by sculptor Antony Gormley and stands prominently in Victoria Square. Cast at Firth Rixon Castings in Willenhall, the statue also has links to the city’s industrial heritage as it represents the traditional skills of the people of Birmingham and the Black Country.

Erected in March 1993, the sculpture, which weighs six tonnes, was a gift to the city from the Trustee Savings Bank. It was originally named Untitled, but became known as Iron Man by residents, and so Gormley requested for its name to be formally changed to its current title.