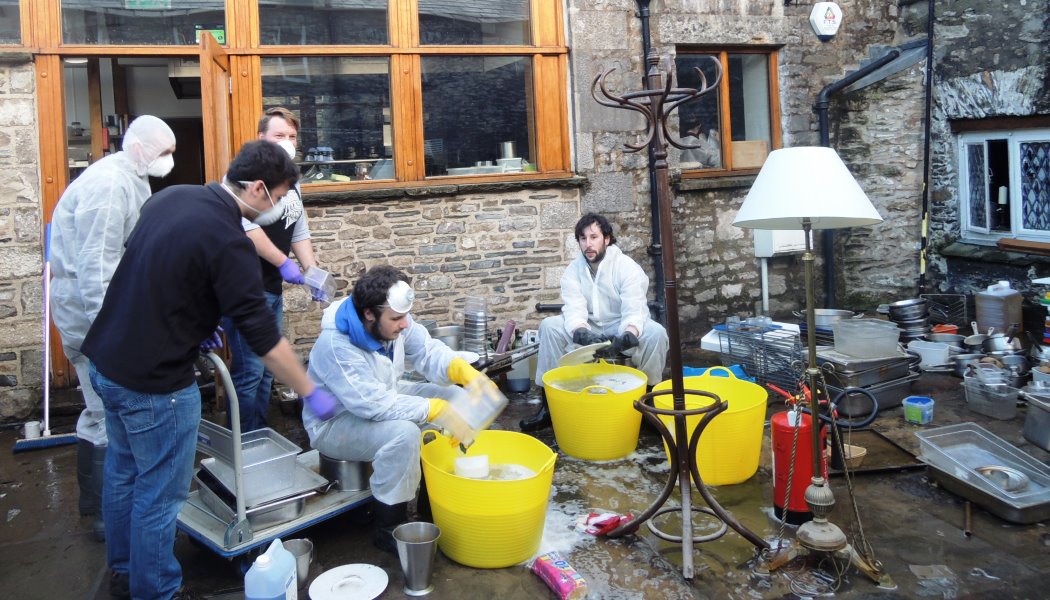 The ten students on the Museum and Gallery Skills Diploma at Kendal Museum, a teaching museum for Kendal College, were on hand to rescue objects from both the museum and the 14th century Castle Dairy.

Following storm Desmond on 5 December the museum was partly flooded and the Castle Dairy Restaurant and Art Gallery was affected with flood waters up to waste height. As the flood waters receded the students helped with the salvage of flooded archaeology boxes in the museum containing pottery and assisted with the rescue of heritage items at the Grade I listed Castle Dairy, the oldest building in the Cumbrian town.

A real blow for the museum came when it was discovered that the servers located in the adjacent Kendall College building, facilitating its Kendalmuseum.digital site – launched the day before and reported in M+H Advisor – had been affected by the floods and rendered the site off line until now. It is hoped that by today the site will be back online.

“It was a major exercise to rescue what we could,” said course tutor and curator manager at Kendal Museum, Carol Davies. “This was very opportune as out of this disaster came a real life practical application for the students to put into practise what they had learned – particularly as they had just completed a module: ‘Assist with incidents and Emergencies in a Cultural Venue Premise’.” 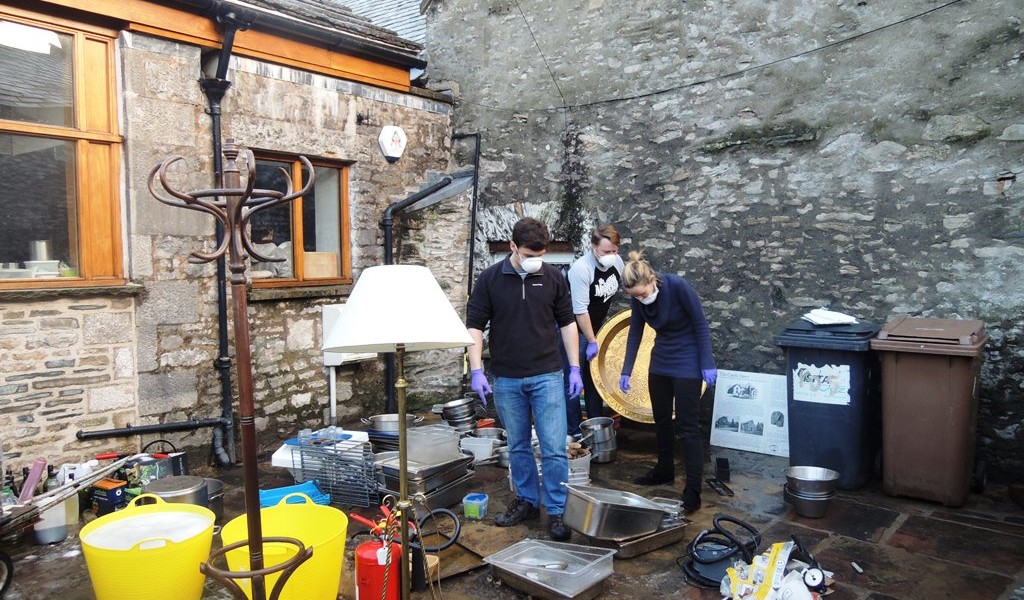 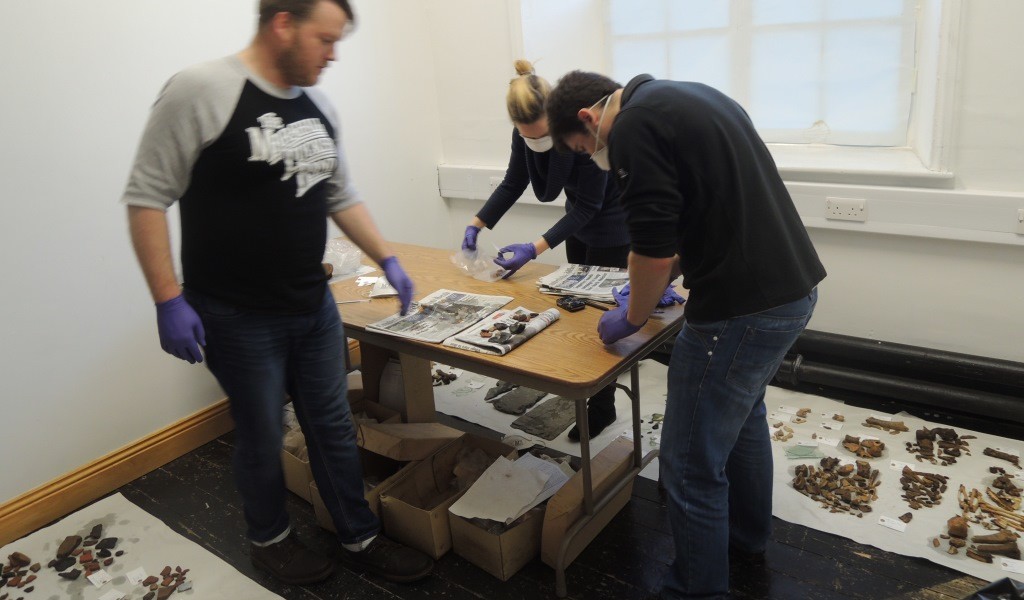 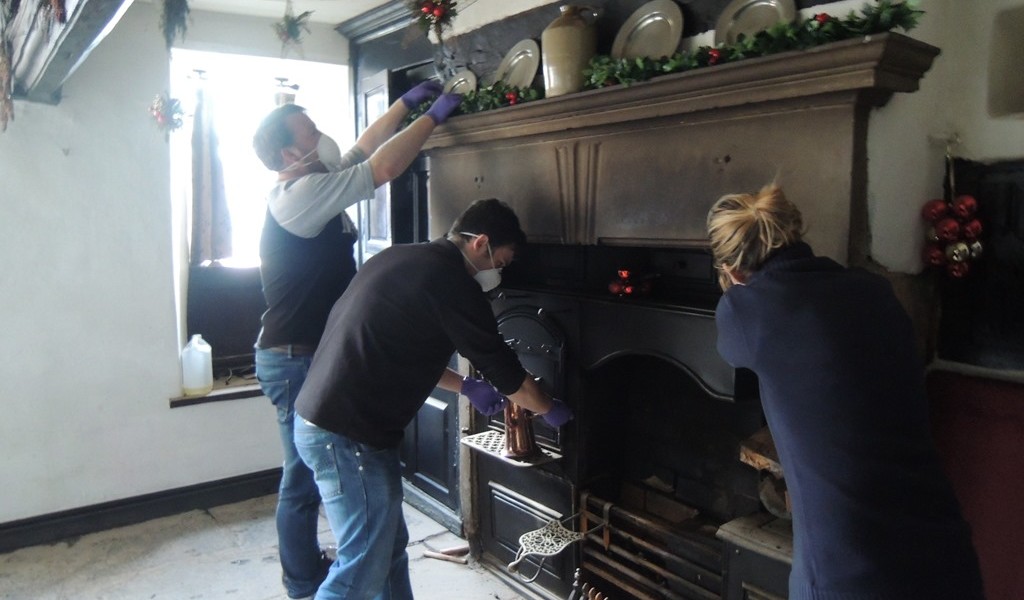 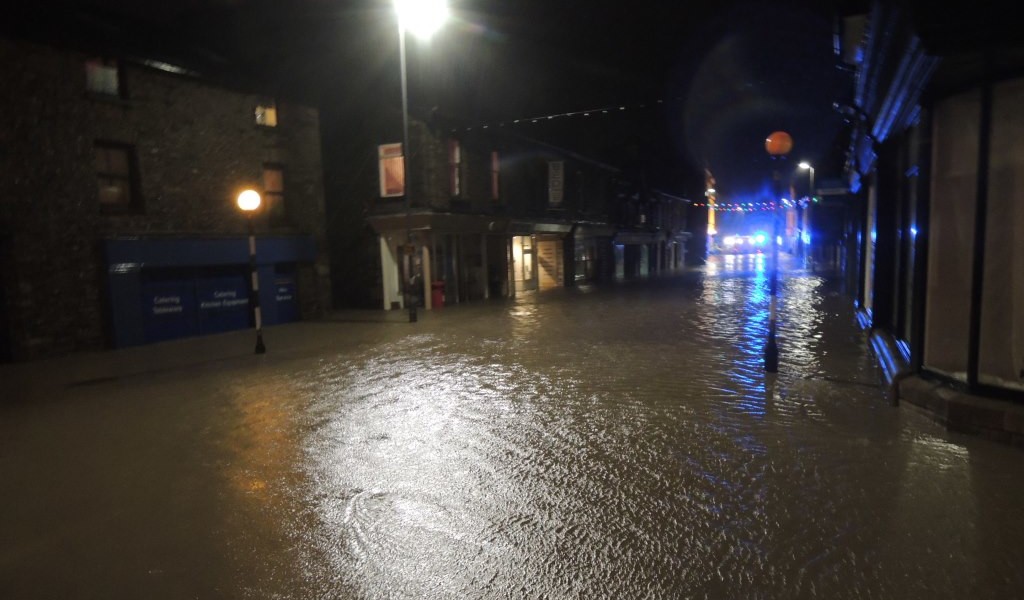 Objects rescued included pewter plates and copper jugs, which were dried and cleaned and some furniture, which has now been sent to be french polished. “I was proud the students could make such an effective contribution to help with this major disaster,” said Davies.

Cockermouth’s Wordsworth House & Garden is now in need of repairs following flood damage and in Scotland work has begun to stabilise Abergeldie Castle, a 16th-century tower house close to Balmoral.

Over in York the Jorvic Viking Centre, which is located beneath a shopping centre was severely flooded and are now looking at a potential refit of the museum. In nearby Leeds the Leeds Industrial Museum at Armley Mills and Thwaite Mills were flooded.

Museum and Gallery Skills students from Kendal Museum, Cumbria use their knowledge to salvage and clean objects from the Castle Dairy, the oldest building in the town