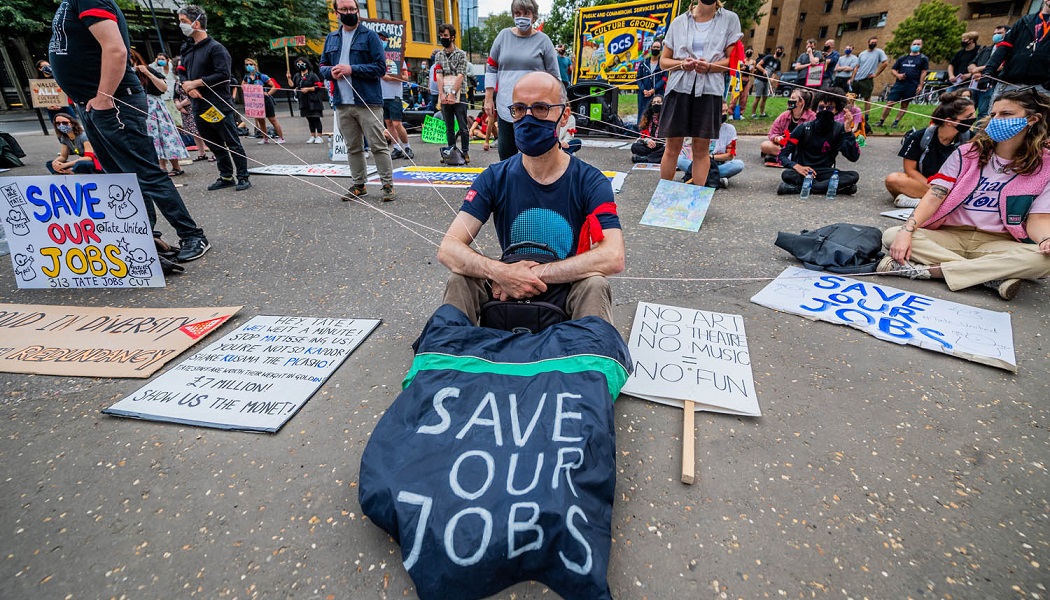 Employees of Tate Enterprises are protesting against proposals to axe 313 jobs despite Tate gallery group having been awarded emergency government funding.

The workers’ plan, backed by their union, PCS, is for an initial four-day strike which will conclude tomorrow. This will be followed by indefinite industrial action from the 24th August if satisfactory discussions do not materialise.

Demands include that 10% of the anticipated £7 million received as emergency Covid-19 funding be used to save jobs and that no redundancies are made while some senior staff continue to receive salaries of over £100,000. 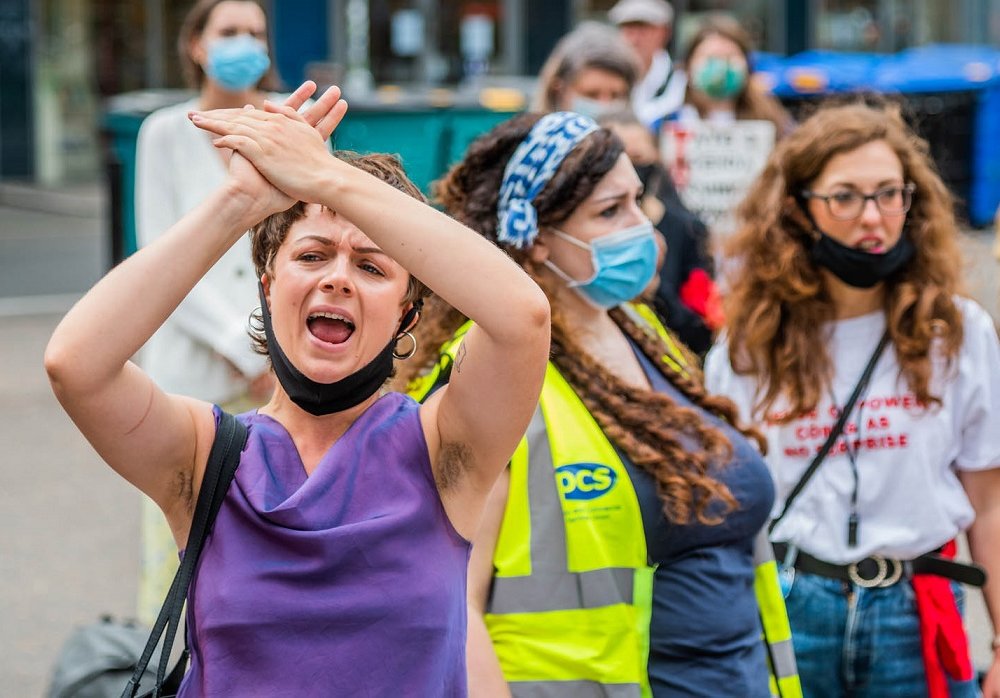 “It cannot be right that the Tate receives millions of pounds in support, only to try to cut more than 300 jobs,” states PCS general secretary Mark Serwotka. “This vital cultural institution must be protected along with our members who contribute so much to its success. Tate management need to recognise the strength of feeling amongst staff who face the prospect of unemployment.”

The union, he concludes, will support Tate staff “all the way to get a just settlement, no matter how long it takes”.

Workers, affiliated union members and public supporters have been protesting around the country, both at Tate gallery sites but also at a range of other locations such as Cambridge Regional College.

The action hasn’t gone unnoticed in Westminster. Former shadow chancellor John McDonnell MP says he stands in solidarity will all those taking action and calls on Tate to “protect jobs not destroy them”. The government, McDonnell adds, needs to “step up and provide the full support the cultural sector needs to see arts bodies through this crisis”.

The ten recipients of this year’s unprecedented Turner Bursaries, awarded by Tate, have also spoken out in an open letter to the organisation’s management. In it, the artists say they are “angered and disappointed” that workers have not been afforded the same “spirit of support” demonstrated in creating the bursaries when the Turner Prize was cancelled.

the 10 awardees of Tate's 2020 Turner Bursaries support Tate Enterprises workers and oppose the 313 redundancies at Tate.

Thank you for standing with us @00arika00 @jamiecrewe @seanjedwards and others! ✊

PCS does not dispute the difficulties facing Tate and the entire culture sector following lockdown, and encourages the gallery group to join them in lobbying the government for greater financial support if that is necessary to protect jobs.