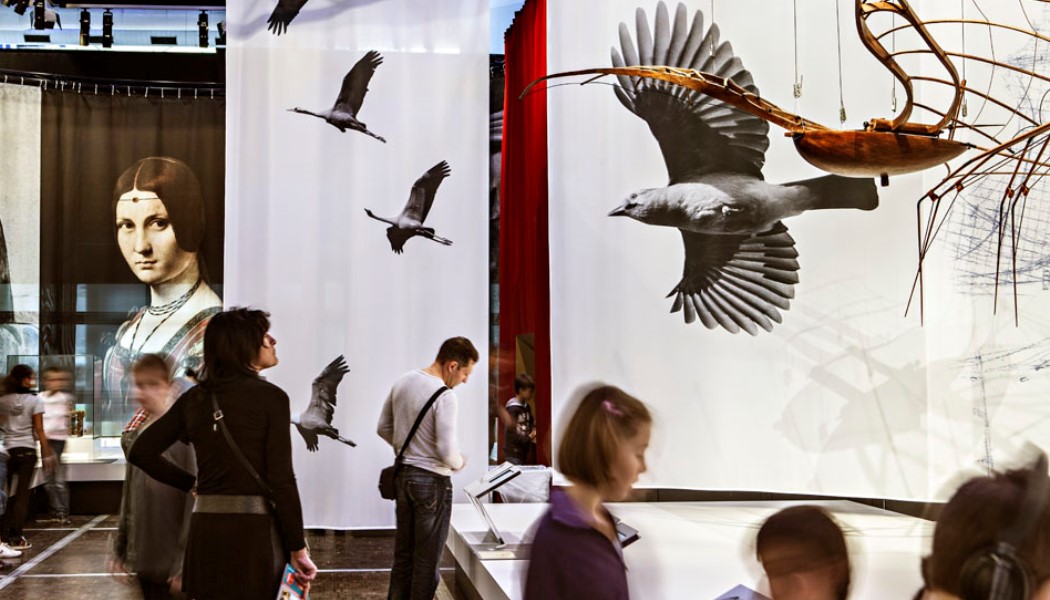 Leonardo da Vinci: The Mechanics of Genius, will be the UK premiere of this visually stunning touring exhibition when it opens at the Science Museum in February 2016

The Mechanics of Genius at the Science Museum highlights the immense talent that sparked the polymath’s reputation as an exceptional engineer and artist, and brings the intricate mechanical concepts of this restless and curious mind to life in a major interactive exhibition

Using close observation and taking inspiration from the natural phenomena around him, da Vinci created a remarkable body of mechanical drawings that showed a radical approach to the challenges of flight, manufacturing and war.

The Mechanics of Genius takes these machines and reinterprets them in three-dimensional form, alongside games and multimedia installations. A total of 39 historical historical models in the exhibition – including flying machines, diving apparatus and weapons – were made in Milan in 1952 in celebration of the 500th anniversary of Leonardo’s birth. They are displayed across the five sections of the exhibition, each of which focuses on a different area of knowledge and expertise within his practice.

In discovering how Leonardo was inspired by the natural world’s responses to problems such as flight, based on billions of years of evolution, the exhibition also considers the influence today of biomimicry by exploring the iterations of his research in modern robotics and aeronautics. 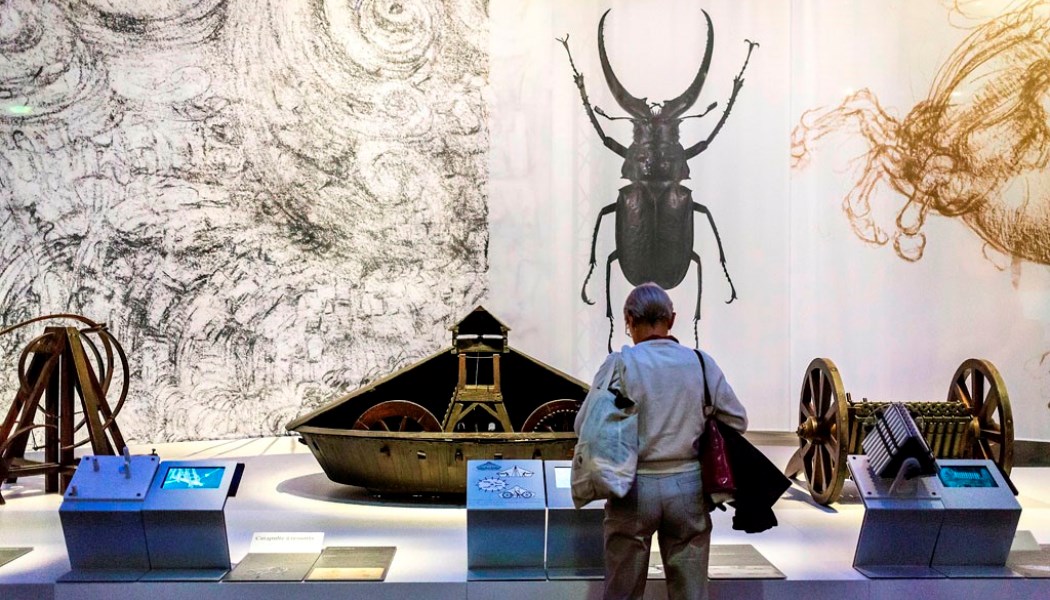 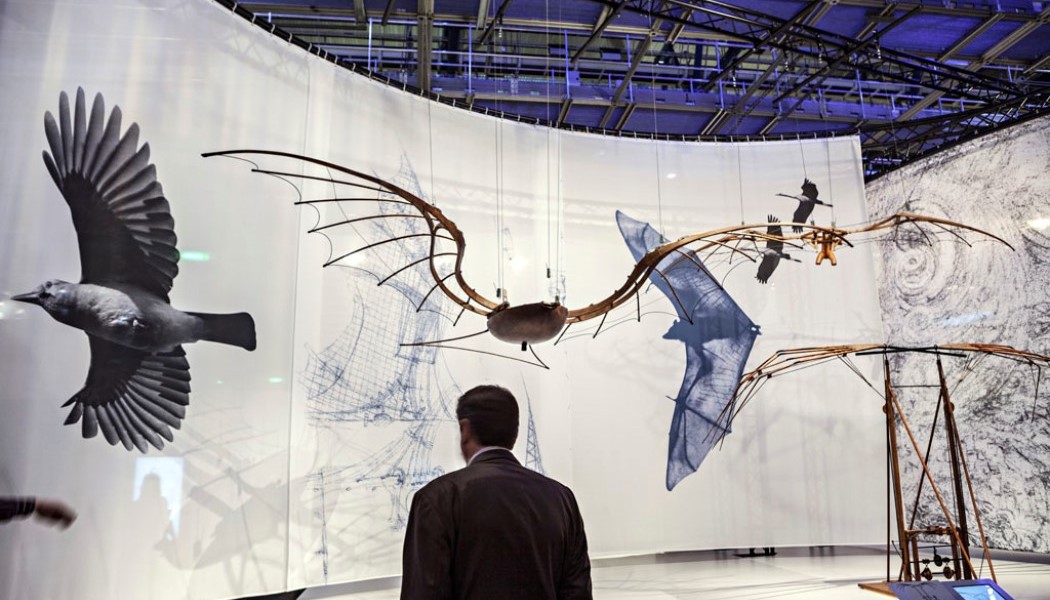 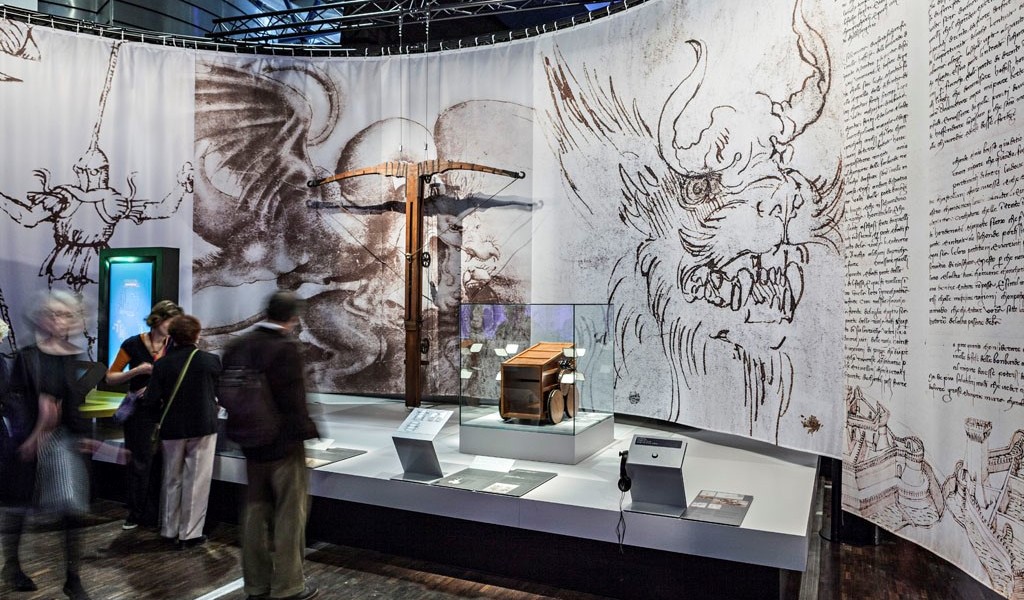 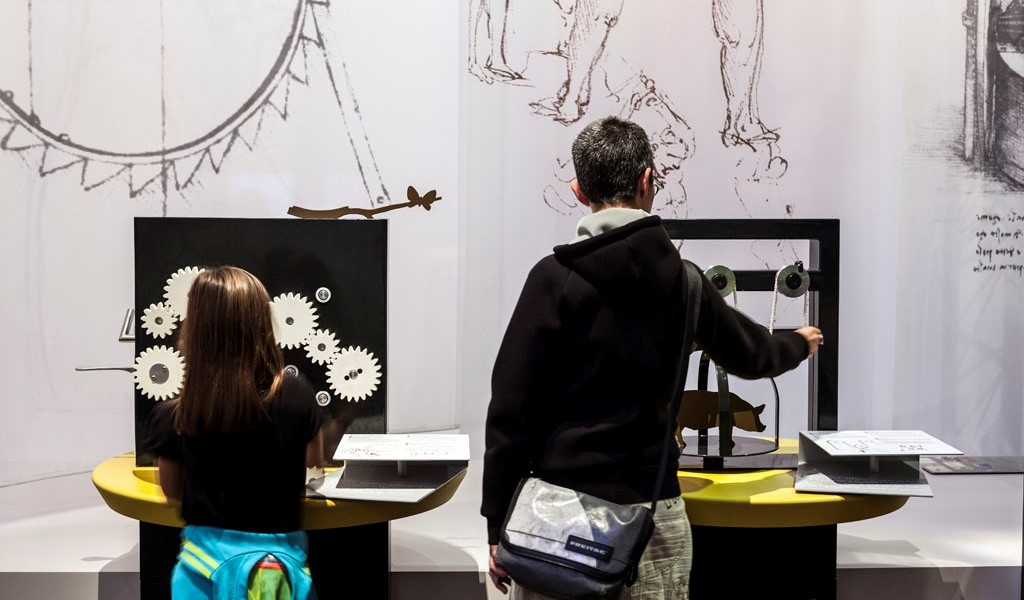 “Leonardo da Vinci is one of history’s greatest independent thinkers, whose determination to imagine the world anew inspired humankind for generations and will continue to do so for generations to come,” said Ian Blatchford, Director of the Science Museum. “We hope this unique exhibition helps our visitors to understand more about his skilled and innovative approach to engineering and to be inspired to look afresh at the world around them.”

The Science Museum’s collection also contains a number of objects relating to a celebration of Leonardo’s 500th birthday which took place at the Royal Academy in 1952. A curated selection of these objects, relating to da Vinci’s ideas in the areas of mechanics, manufacturing and flight, will go on display at the entrance to the exhibition.

The Mechanics of Genius was conceived by Universcience in cooperation with the Museo Nazionale della Scienza e della Tecnologia Leonardo da Vinci (MUST) and with the support of its industrial partner Airbus Group.

The exhibition is supported by players of People’s Postcode Lottery and opens on 10 February 2016 and will run until 4 September 2016.

The Mechanics of Genius, photographed at Universcience in Paris will make its way to teh Science Museum in February. Credit  EPPDCSI-Ph Levy