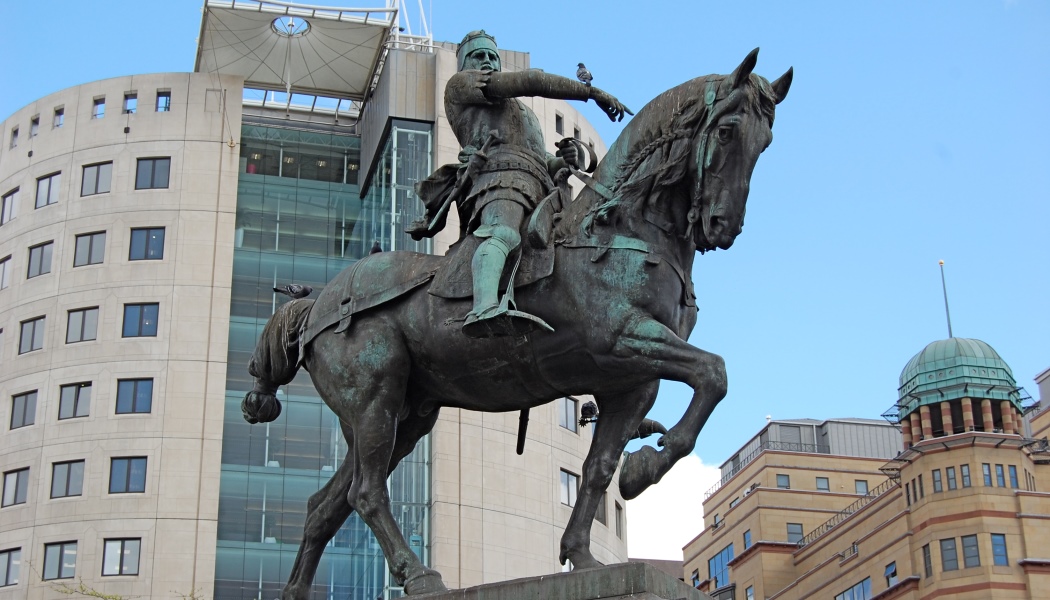 The statue monologues have been created in partnership with West Yorkshire Playhouse and include contributions from some of Yorkshire’s most celebrated writers, actors and comedians. Some approaches are dramatic, others comic and others, flights of pure fantasy. All aim to persuade the public look at the city’s statues with new eyes.

From June 16 the statues will be speaking their minds and citizens and visitors can hear their tales by swiping their smartphone on a nearby plaque to get a call back from statues such as The Black Prince, voiced by comedian Vic Reeves or from a Drury Dame, voiced by actor Gemma Whelan and Brian Blessed who tells the story of a large stone lion outside the town hall.

Leeds-born Reeves adds a comical air to The Black Prince statue (main image) and his call back starts by saying: “Ey up: it’s the Black Prince on the line.  Mind, that’s not a term they used in my day. Then I was Edward of Woodstock, Prince of Wales, Flower of England – and the French called me things I won’t repeat in public!” 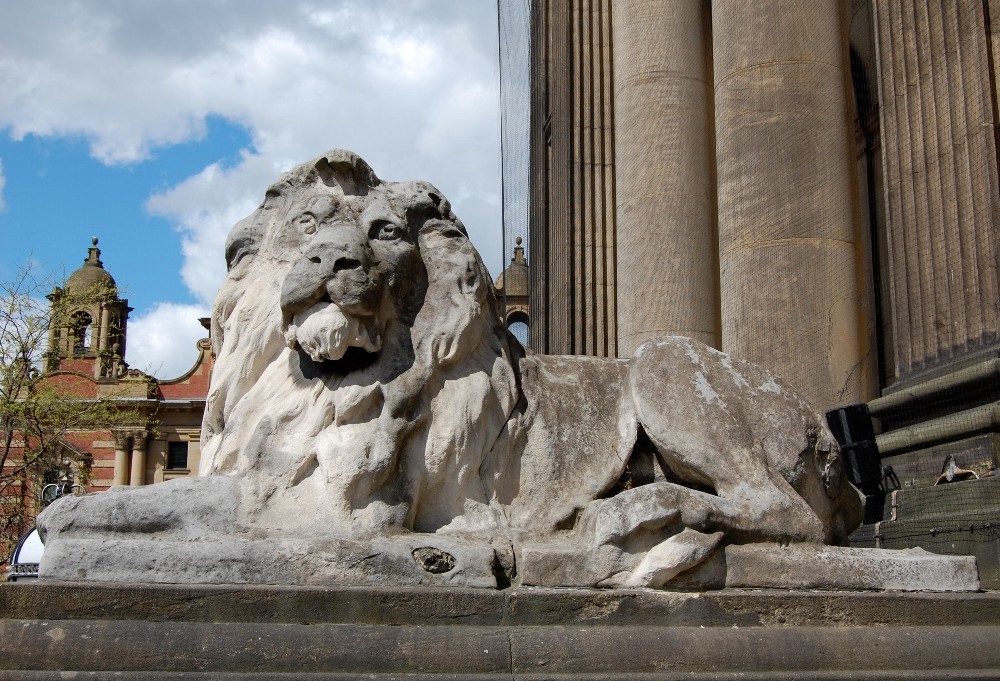 The town hall lion is voiced by actor Brian Blessed

Sing London is a non-profit arts organisation whose work aims to lift the public’s spirit with past projects including London’s Street Piano Project, Ping!, which saw thousands of public ping pong tables installed across the UK.

The Talking Statues project was originally funded by Nesta’s Digital R&D fund and the project has been produced in London, Manchester and Chicago to date. More recently the Sing London produced the Wonderpass, which transformed a grotty pedestrian underpass in London into a bright, cultural walkway.

“Most of us hardly notice the statues around us and Talking Statues Leeds aims to change this,” said Sing London director Colette Hiller. “We have gathered a stellar line-up of writers and actors ready to put themselves in the shoes – or in some cases the paws! – of Leeds’s statues.”

But sad to say, our excitement soon turned to bitter disappointment. My sisters and I were snubbed and scorned and made to feel most unwelcome. In fact, the people of Leeds seemed to object to our very existence! There was a public outcry, and people wrote rude letters to the Yorkshire Post! Apparently, we Drury Dames were a danger to public morality! I mean, really! Indecency is in the eye of the beholder.

A Drury Dame as voiced by actor Gemma Whelan 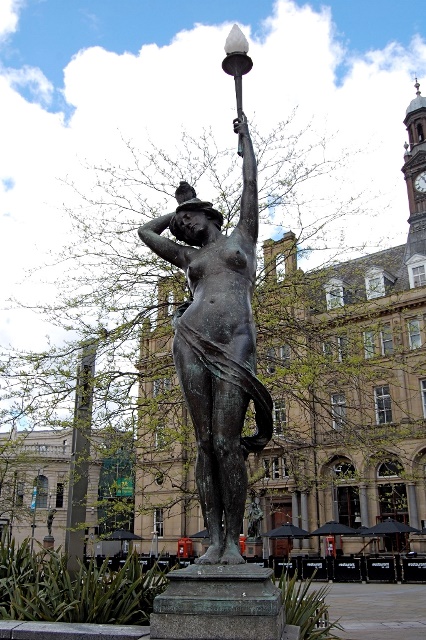 The project is made possible by The Yorkshire Festival, which takes place from June 16 – July 3 and is supported by Audible.co.uk and Leeds Art Fund. Three of the statues are yet to have their stories narrated and a public writing competition has been launched with the winning pieces to be recorded by well-known actors in the autumn.

The official launch will take place on Tuesday 28 June at 5.30pm in City Square.

The Petanque Player, Bond Court – Written and performed by Ian McMillan who asks what a Frenchman is doing playing petanque in Bond Court. Leeds City Council installed the Petanque court in the late 1990s in honour of the fact that the city is twinned with the French city of Lille.

James Watt, City Square – Writer Ben Tagoe and Coronation Street’s Drew Cain reveal what inventor James Watt is thinking. Watt is celebrated in this statue for his work on the steam engine, which helped transform Leeds into an industrial city by transporting its wares through the railways.

Golden Owl, Leeds Civic Hall, Millennium Square – Poet Khadijah Ibrahiim and Poppy Shakespeare’s Claire Benedict imagine what the Golden Owl at Leeds Civic Hall sees as she surveys the city. It is one of four golden owl sculptures by John Thorp, 2000, which are each 9 foot high.

Give a Statue a Voice – Creative Writing Competition – three statues await the gift of speech. The winning pieces will be decided by public writing competition and recorded by known actors in the autumn.