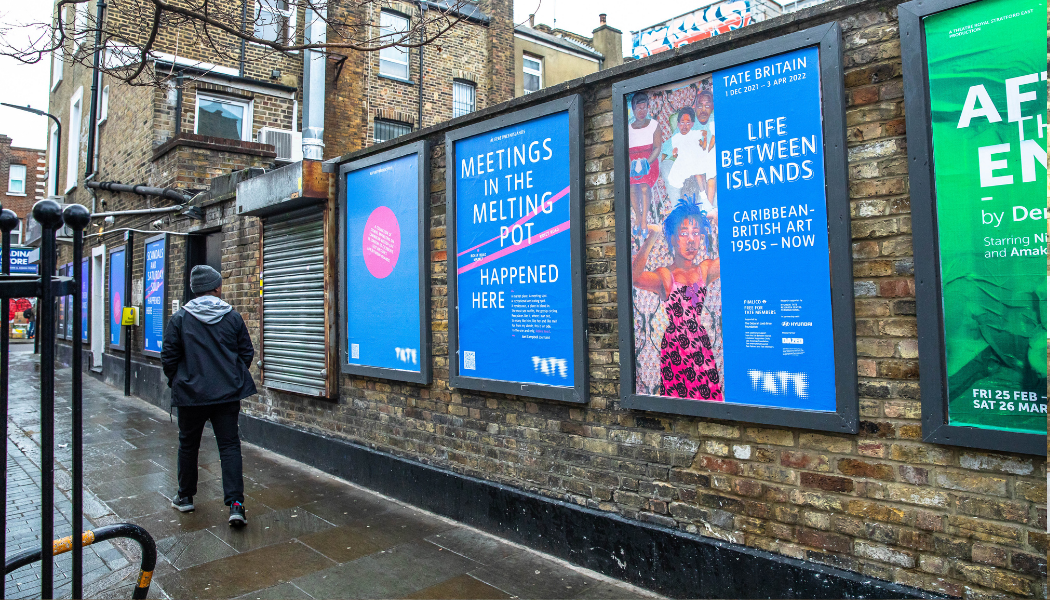 Billboards, posters and floor vinyls will be used not only to promote the exhibition but bring streets and locations to life with memories from contributors.

Tate is to use billboards and buildings across London to celebrate the places connected to London’s Caribbean heritage from this week.

Taking inspiration from English Heritage’s Blue Plaque scheme, a billboard, poster, or floor vinyl sticker will feature exclusive anecdotes from contributors at highlighted locations. The campaign has been created as a community-led extension of Tate Britain’s ‘Life Between Islands: Caribbean British Art 1950s – Now exhibition’ and will run until 6 March.

Around 40 markets, cinemas, clubs, restaurants, libraries, and community centres across the capital will see work displayed, and visitors are invited to hear memories of the locations, and how they have shaped London’s Caribbean communities.

Among the locations are the Stuart Hall Library in Pimlico, Dalston’s Ridley Road Market and Notting Hill’s Leamington Road Villas. 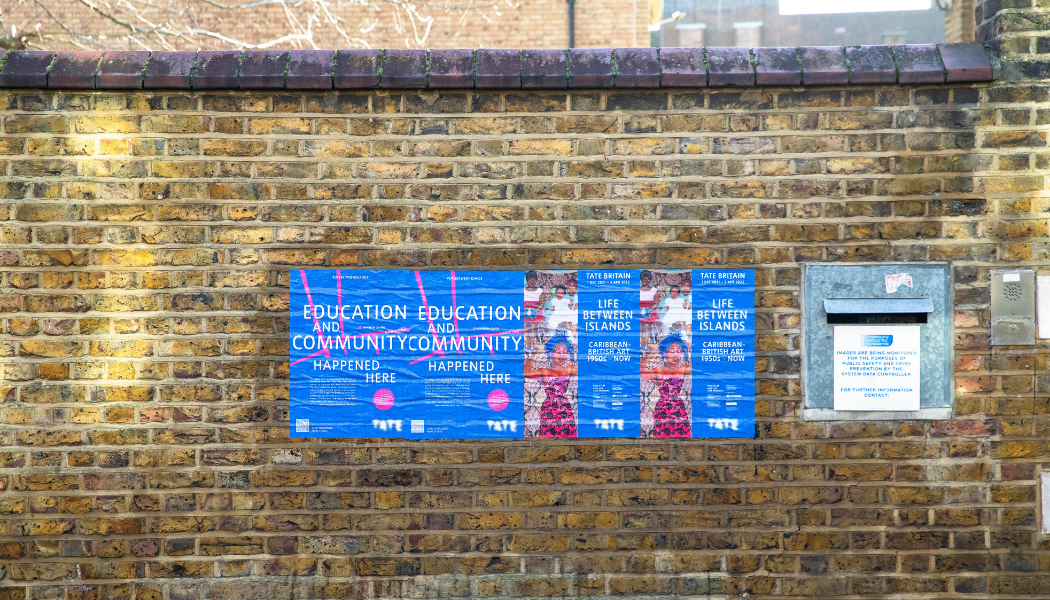 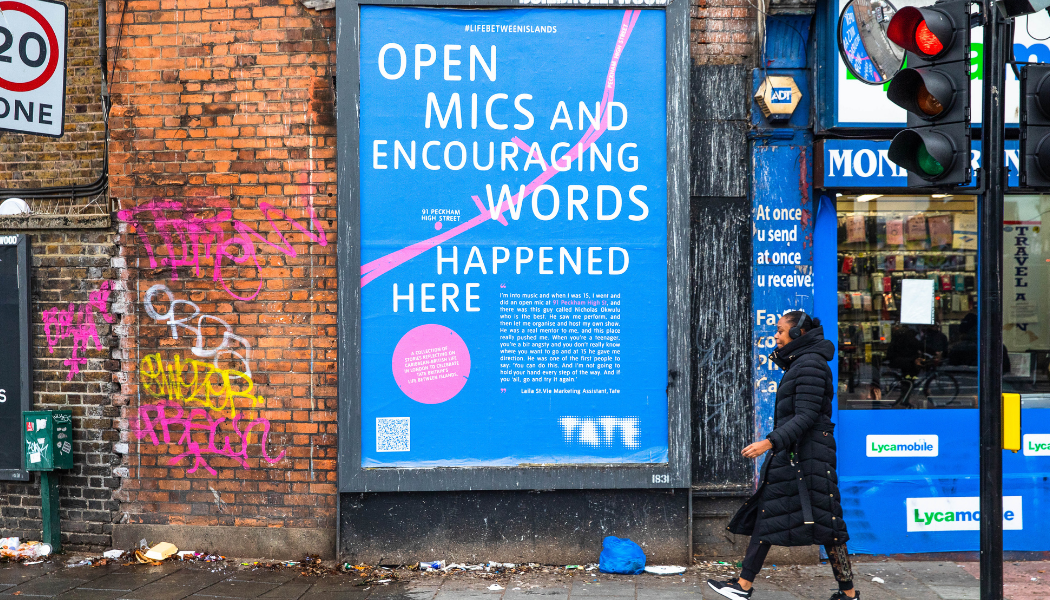 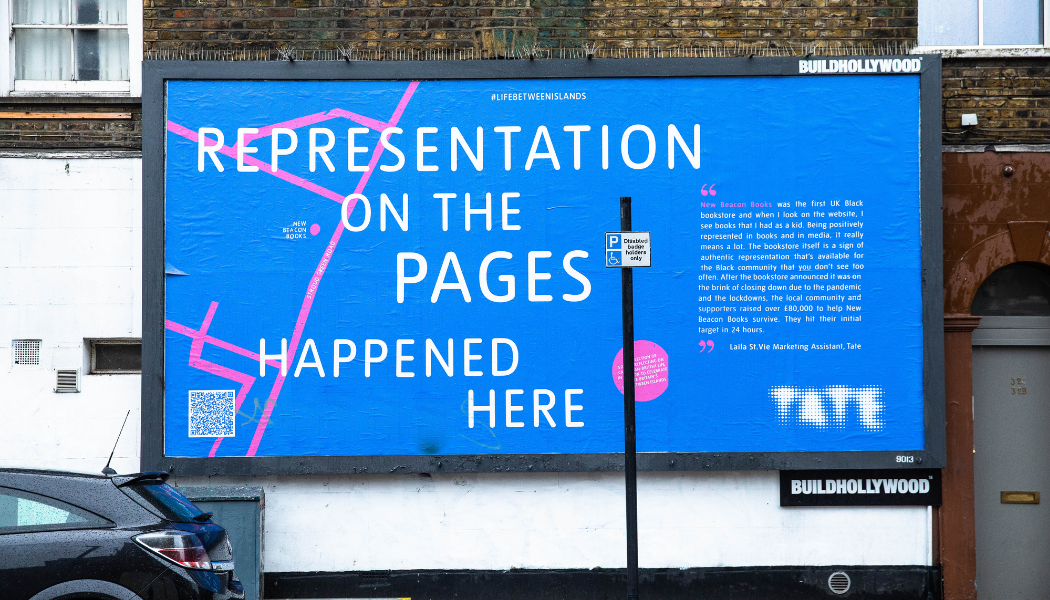 Neil Kenlock, who was recently awarded an MBE, underscores the importance of the Black Cultural Archives and Brixton Market and Wyn Baptiste, Director and Producer, and the son of one of Notting Hill Carnival’s early organisers, shares why ‘Trini Hill’, a corner of the Brunel Estate near Westbourne Park is his favourite festival spot.

The advertising space has been provided Jack Arts, the project’s media partner. The campaign will be live for two weeks, with a map outlining the locations and stories available to download on Tate’s website.
Sir Steve McQueen CBE said of the Macbeth Centre in Hammersmith: “As a black child growing up in the UK you are politicised from the start. You find yourself asking the questions who, why, how and what? This spot marked the place I attended Saturday school at five years old. For me, it was a space in which I felt a sense of pride and community within what was otherwise a hostile environment. It was, in many ways, the making of me and many others I am sure of it.”

Fashion designer Grace Wales Bonner’s carefully researched collections encompass critical theory, musical composition, literature, and history, embracing a multiplicity of perspectives, via a hybrid of European and African-Atlantic approaches. For this trail, Wales Bonner unpacks why the Stuart Hall Library in Pimlico – home to the Inviva archive – has been so foundational to her work.

Senior Art Handling Technician at Tate, Mikei Hall delves into his childhood visits to the People’s Sound Record Store in West London, and why you can’t imagine Caribbean culture without its music, whilst Marketing Assistant Laila St. Vie shares why Burgess Park holds a special place in her family’s heart.