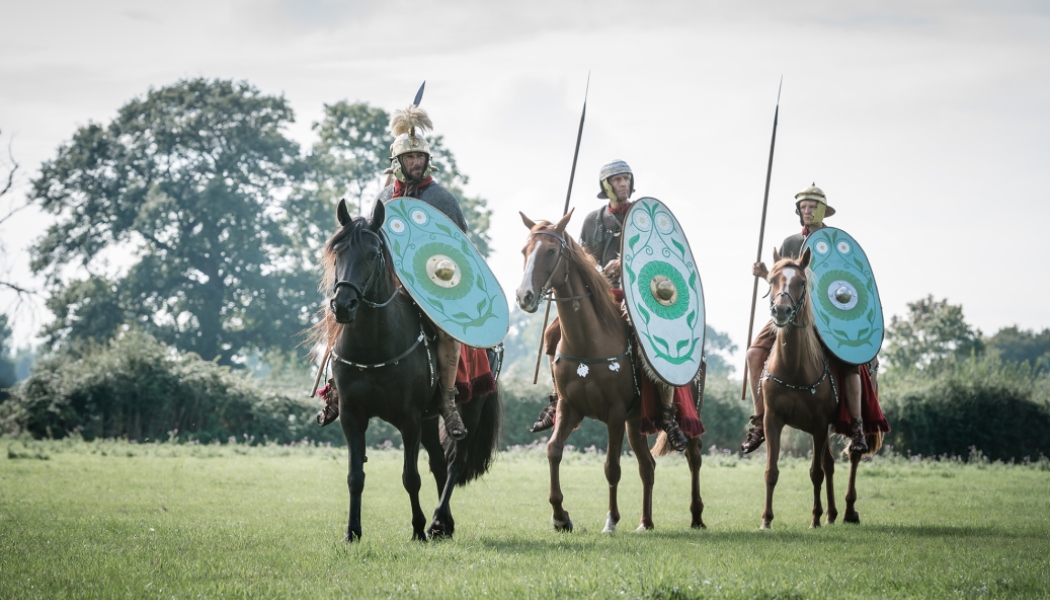 The Hadrian’s Wall World Heritage Site is to host a major new exhibition in 2017 celebrating the cavalry regiments that once guarded the North West frontier of the Roman Empire. The wall was begun in 122AD during the reign of Emperor Hadrian and designated a UNESCO World Heritage site in 1987.

Hadrian’s Cavalry will reveal the story of the Roman riders through a unique exhibition spread across ten museums and heritage attractions, each with its own special exhibition and objects. This will be the first time visitors will be able to see this collection of Roman cavalry objects in the actual locations they would have been used.

The event will explore the role and daily life of the Roman army’s cavalry forces in a unique wall-wide exhibition that stretches the full 150 miles of the Hadrian’s Wall World Heritage Site area – from Maryport in the west to South Shields in the east. 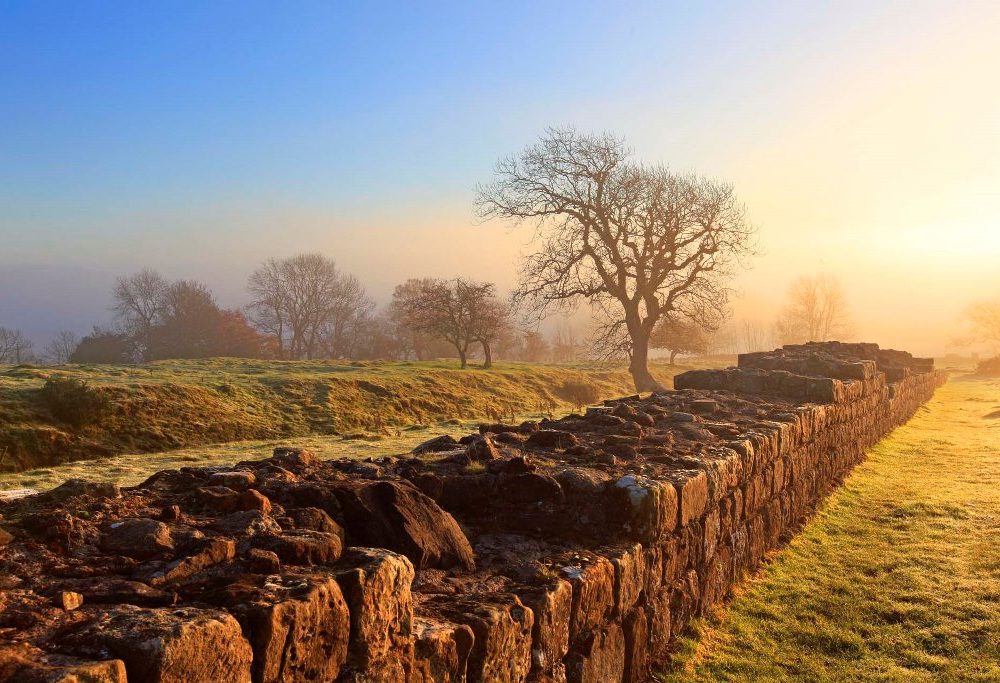 The exhibition will bring together a unique group of Roman cavalry objects including ornate helmets, armour and weapons on loan from national and international museums, which will be shown alongside objects from museums across the Wall. The national and international museums include the British Museum, National Museums Scotland, the Musee d’Art Classique de Mougins (France), Archäologisches Landesmuseum Baden-Württemberg / Limes Museum, Aalen, the Archaeological State Collection, Munich and the Landesmuseum Württemberg, Stuttgart (Germany).

Bill Griffiths, head of programmes for Tyne & Wear Archives & Museums and chair of the Hadrian’s Cavalry steering group, said: “This is a once in a lifetime experience, bringing together for the first time these very special Roman cavalry objects. To be able to do it across the museums and heritage attractions of Hadrian’s Wall, where cavalry regiments played a key role in protecting the Empire and projecting Imperial power, makes it even more exciting.”

In addition to the wall-wide exhibition, Bitts Park in Carlisle will host two days of Roman cavalry re-enactments on July 1 and 2 where 30 Roman cavalrymen – a turma or troop – will come together for the first time in almost 2,000 years.

“To help bring the exhibition to life, we are organising one of the largest Roman cavalry re-enactments ever seen in the UK,” said Griffiths. ” This will see the turma showcase some of the exercises the cavalry would have performed on training grounds at sites across the Wall and described by Hadrian at the time. “It will be an amazing spectacle and unique to this exhibition. We are grateful to Carlisle City Council who are helping to fund this special event, to Christian Levett for helping sponsor the exhibition, and to our main funder, Arts Council England.” 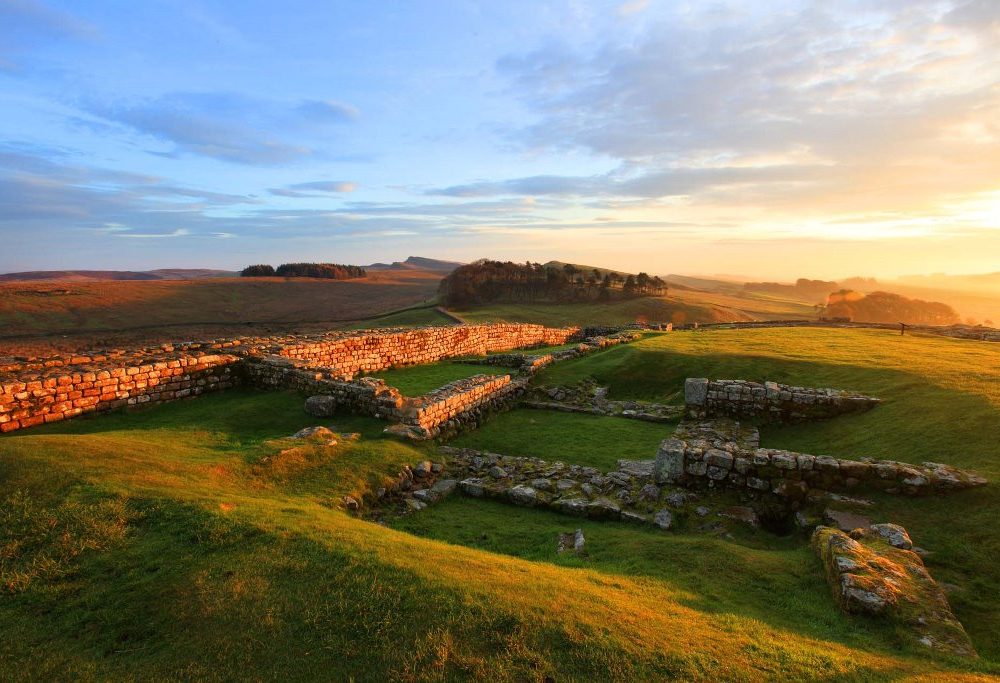 Highlights of Hadrian’s Cavalry include the exhibition at Segedunum Roman Fort, Baths and Museum in North Tyneside, where the recruitment, training and tactics of the cavalry will be explored. An interactive zone, including the chance to dress a Roman cavalry horse, will uncover more of the day-to-day life of the regiment.

Great North Museum: Hancock in Newcastle celebrates the prestige and power of the Roman cavalry helmet with an exhibition including two bronze ‘Ribchester-style’ Helmets, which are being displayed together at the museum for the very first time.

Tullie House Museum and Art Gallery in Carlisle is home to one of the largest Hadrian’s Cavalry exhibitions; looking at the role of the cavalry regiments in Carlisle, across Hadrian’s Wall and across the entire Roman Empire. An immersive audio/visual experience will take visitors back in time to experience what life was really like for cavalrymen along Hadrian’s Wall.

Some of the Roman forts along the Wall will highlight the role of cavalry horses in Roman society. The exhibition at English Heritage’s Corbridge Roman Town and Museum will explore what the depiction of horses in Roman artefacts – including brooches, sculpture and pottery – tells us about their status and role in Roman life. Chesters Roman Fort and Museum will tell the story of the strong bond between cavalrymen and their horses, including how the animals were looked after and maintained.

The display at Roman Vindolanda will focus on the personal stories of cavalry soldiers stationed on the Wall itself, revealed through the Vindolanda writing tablets and other objects found in on-going excavations at the site.

Completing the Hadrian’s Cavalry exhibition will be a specially commissioned contemporary art installation at Chesters Roman Fort. The piece, at the Roman site from July 2017 until September 2017, will use the natural environment and sound to evoke the presence of the 500 hundred horses once stabled within these iconic Roman ruins.

The 10 museums and heritage attractions taking part in Hadrian’s Cavalry are: