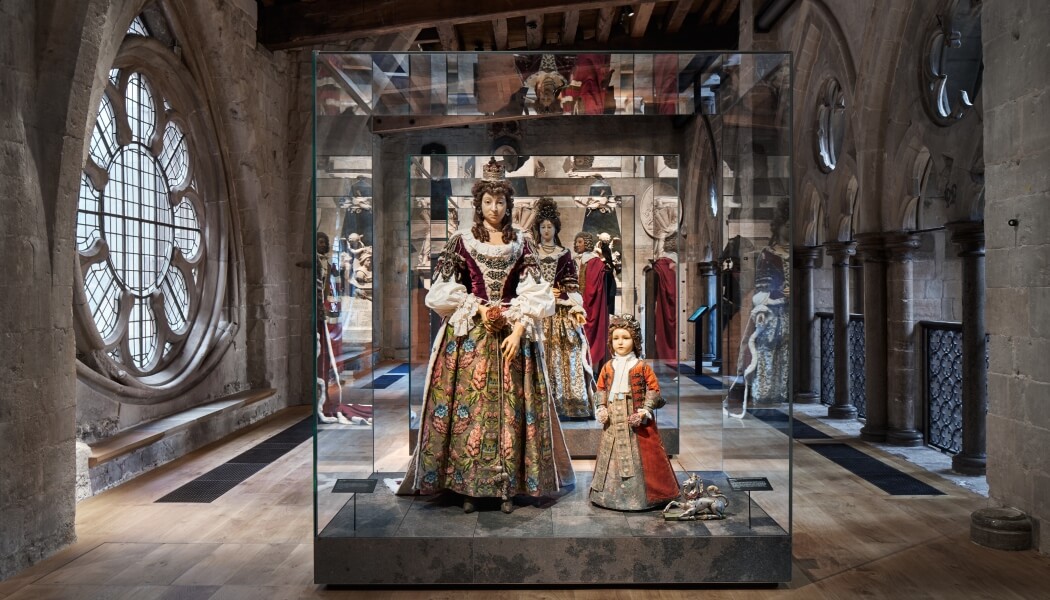 The Queen’s Diamond Jubilee Galleries opened to the public this week, displaying 300 treasures from the Abbey’s collection charting its thousand-year history

The new galleries are set more than 16 metres (52 feet) above the Abbey’s floor in the medieval Triforium, which has until now been off limits to the public. Unused for centuries, The Triforium has been transformed by London-based architecture practice, MUMA (McInnes Usher McKnight Architects), the firm behind the redevelopment of the Whitworth Art Gallery in Manchester. 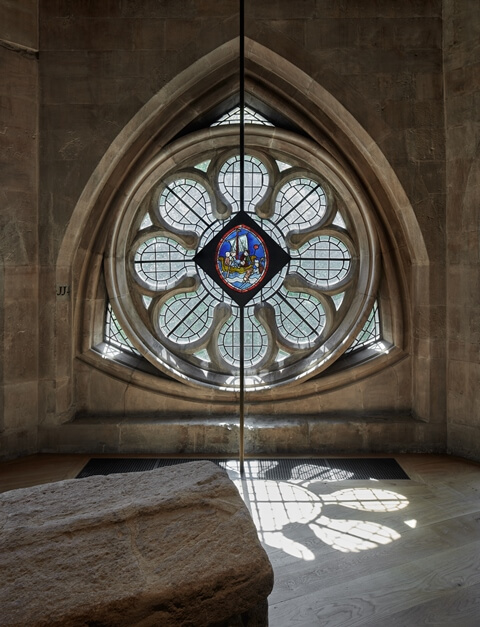 The views are breathtaking; the space astonishing; the displays fascinating

As part of the gallery experience visitors will reach the displays through a new tower, which is the first major addition to the Abbey church since 1745. The Weston Tower was designed by Ptolemy Dean, the Abbey’s Surveyor of the Fabric (Consultant Architect) and is situated outside Poets’ Corner, between the Abbey’s 13th century Chapter House and 16th century Lady Chapel. 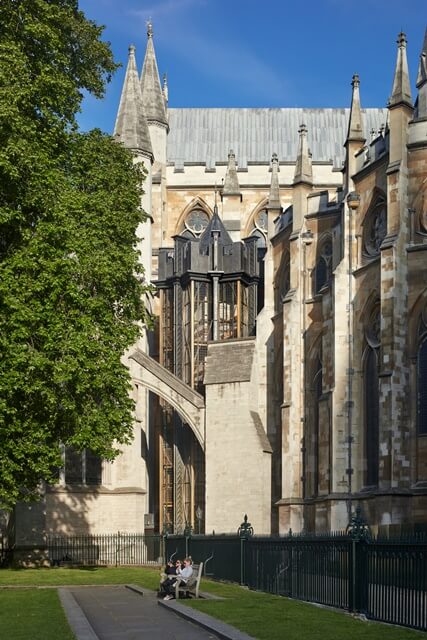 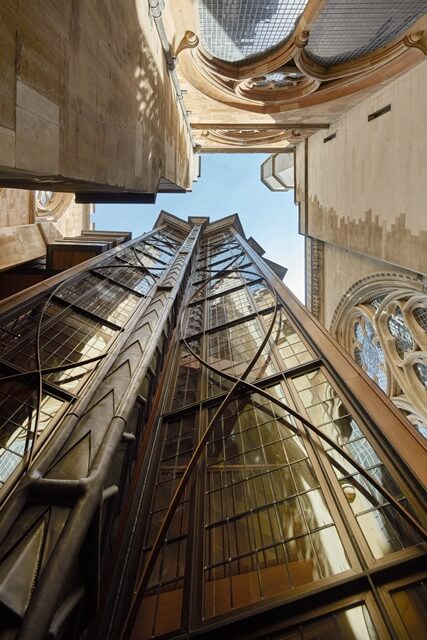 The new tower is the first major addition to the Abbey church since 1745. Photographer: Alan Williams. 2018. Image courtesy of Westminster Abbey.

The new exhibitions will be the first opportunity for visitors to explore the Abbey’s illustrious history through its objects. The Abbey is the resting place of the Anglo-Saxon king and saint, Edward the Confessor and from the time of his death in 1066 has been the church where successor monarchs have come to be coronated (17 of them are buried within its walls) marking it in the public’s conscience. 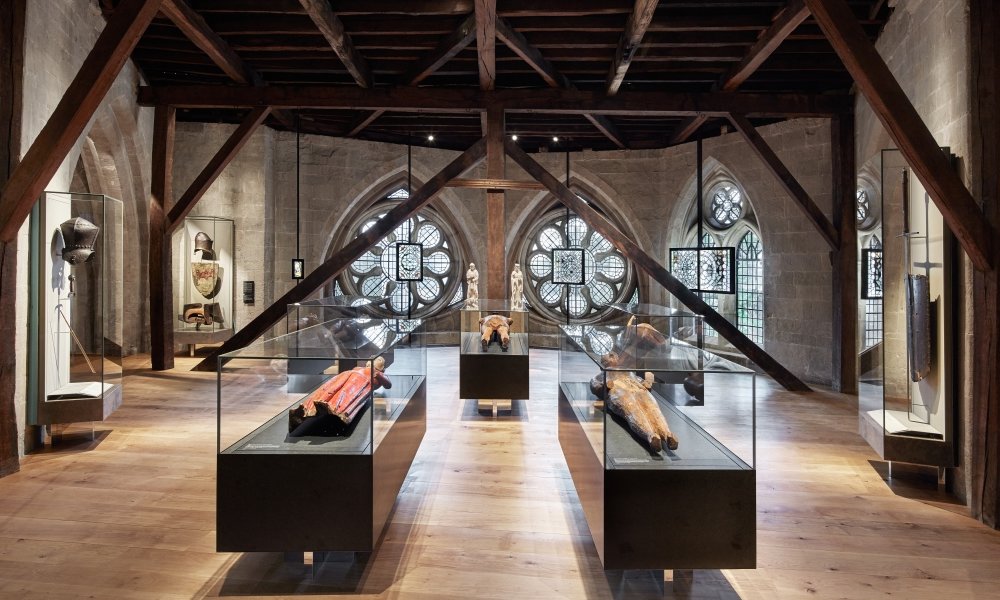 Since 1066 the Abbey has been the church where monarchs have come to be coronated (17 of them are buried within its walls). Photograph by Alan Williams. Image courtesy of Westminster Abbey

Attracting two million visitors a year, both worshippers and sightseers, the galleries set out to offer ‘a more comprehensive and generous welcome’. The project has been funded by private donors and trusts.

“We look forward to welcoming visitors to the Galleries: The views are breathtaking; the space astonishing; the displays fascinating,” said The Very Reverend Dr John Hall, Dean of Westminster. “The visitor will gain far greater insight into the life and history of the Abbey than ever before. The fulfilment of this vision is a shared achievement with so many people involved. We are profoundly grateful.” 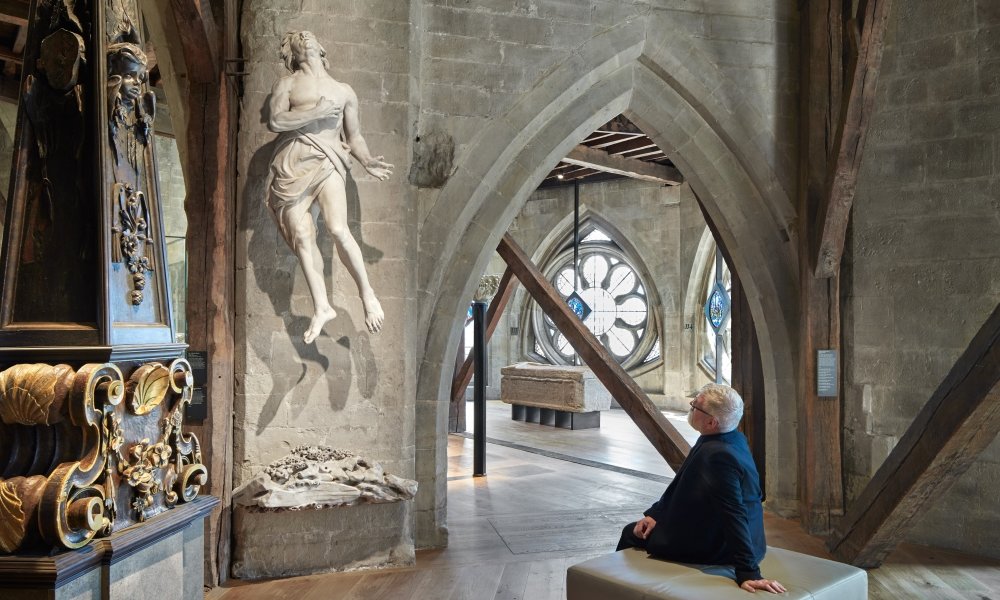 Building Westminster Abbey charts the foundations of the first Benedictine monastery in AD 960, through its life as Edward the Confessor’s Church, and the extensive repair programme during Sir Christopher Wren’s role as Surveyor of the Fabric (1698 – 1723).

Visitors are able to see for the first time a column capital from the cloister of St Edward the Confessor’s Church (around 1100), along with an intricate scale model of Westminster Abbey (1714-16) commissioned by Sir Christopher Wren with a massive central spire which was planned, but never built.

The Abbey and National Memory shows how Westminster Abbey has developed into a place of commemoration and remembrance. As well as kings and queens, many notable Britons such as Geoffrey Chaucer and Sir Isaac Newton are buried and memorialised at the church. 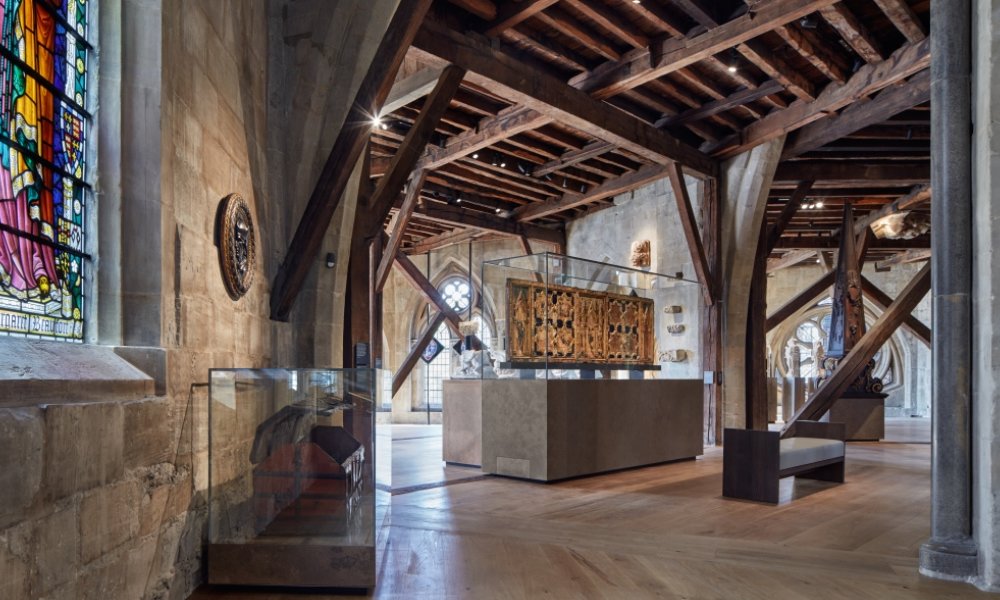 Artefacts demonstrating the long history of worship in the building include The Westminster Retable, (1259 – 69) the oldest surviving altarpiece in England from Henry III’s Abbey, and the Litlyngton Missal, an illuminated 14th -century service book made for the Abbey’s high altar. Westminster Abbey and the Monarchy looks at its special relationship with the Crown. The Abbey, a Royal Peculiar under the direct authority of the Monarch, has been the Coronation church since 1066. Mary II’s Coronation Chair (1689), created for William III and Mary II’s joint coronation (the only joint coronation in English history) is on display as is the marriage licence of The Duke and Duchess of Cambridge (2011).