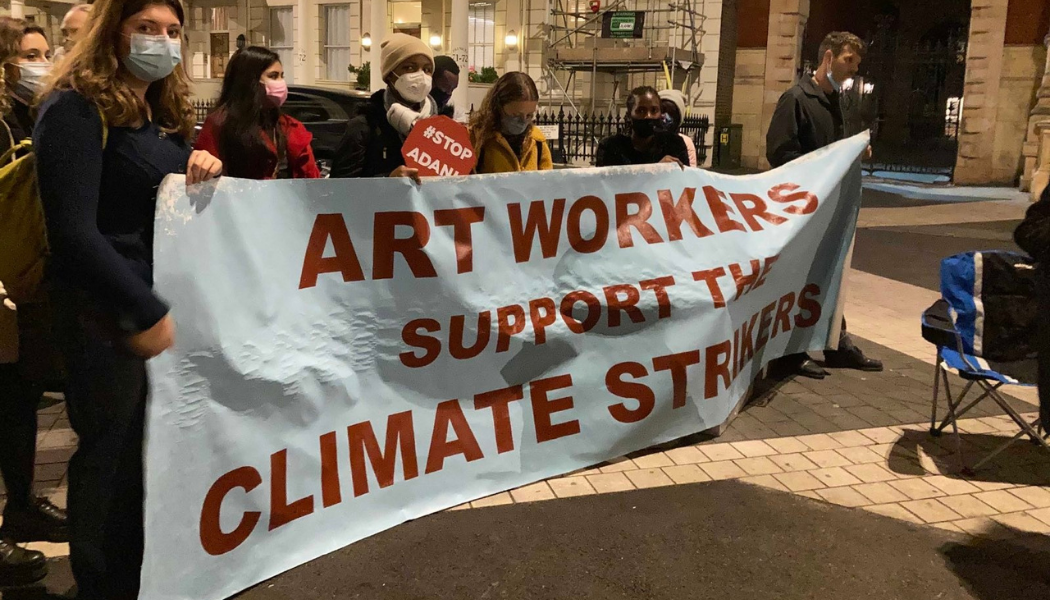 Overnight the group used social media to share photos and videos of the protest.
It is the second protest by the group, following its first in June which came as a reaction to Shell’s sponsorship of a Science Museum exhibition.

The group refused to leave as the museum closed on Tuesday, and negotiated to remain overnight where they unfurled banners and hosted livestreams on social media. The group ended their protest this morning.

A Science Museum spokesperson told Advisor that the protesters were asked repeatedly to leave and museum colleagues “managed the situation in a professional manner”.

still here at the @sciencemuseum, unfortunately the oil and coal companies are still here too 🙁 pic.twitter.com/ts24rc1QHu

Among the group of UKSCN London protestors was Izzy, 17 who explained: “We chose to take this action today because the Science Museum has consistently refused to engage with any other tactics. We’ve tried petitions, letters, boycotts and protests, all of which have been met with silence.”

A spokesperson for the Science Museum said in a statement:‘While dealing professionally and calmly with a small group of protesters, our team’s focus remains on the tens of thousands of people heading for an inspiring half term day out at the Science Museum, where visitors can explore two exhibitions addressing aspects of climate change, the most urgent challenge facing humanity.’