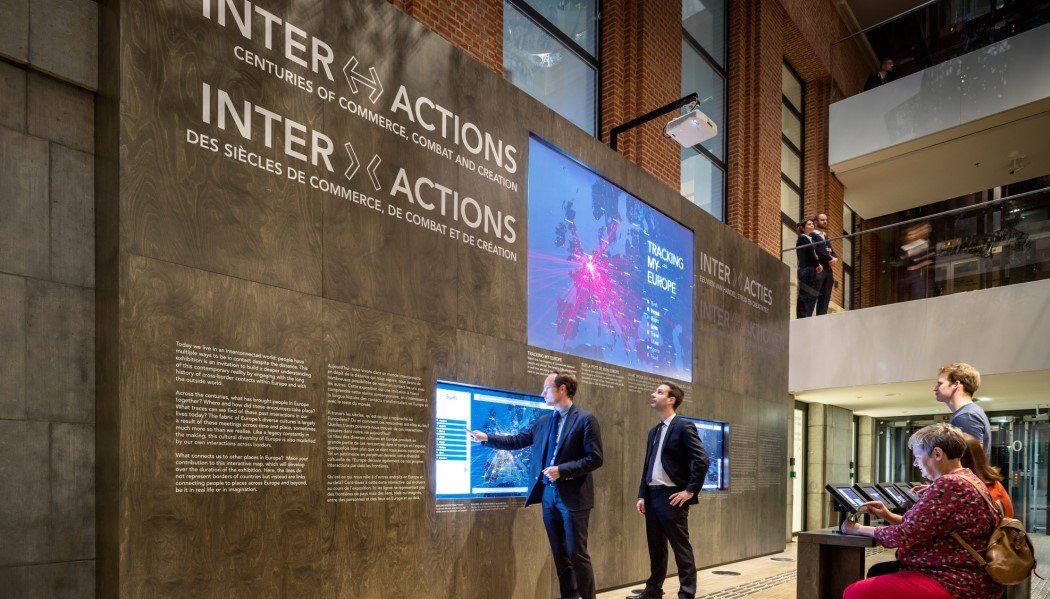 The House of European History in Brussels hosts its first temporary exhibition entitled: Interactions: centuries of commerce, combat and creation

The House of European History is a new museum focusing on the history of Europe from 1789 and is an initiative of the European Parliament. The museum is situated in the Belgian capital’s Art Deco Eastman Building in Parc Léopold that was built in 1935 and renovated and extended by Chaix & Morel et Associés and JSWD Architekten.

Opening in May, the museum has a permanent exhibition consisting of hundreds of objects donated from 300 museums and collections from across Europe and internationally, including the UK’s International Slavery Museum, Imperial War Museum and National Library of Scotland. The permanent exhibition guides visitors through the convictions and beliefs that defined the 19th century, Europe’s ‘entry into modernity’, its descent into war and destruction and the possibilities for its future.

To complement the permanent exhibition Dutch exhibition design studio Kossmann.dejong and construction company Bruns were appointed to design and create the new temporary exhibition Interactions: centuries of commerce, combat and creation together with Kiss the Frog (interaction design) and Shosho (audiovisual design). In a multimedia journey through narrative, themed spaces visitors are invited to learn more about the history of European connections and, at the same time, new interactions between visitors are stimulated. 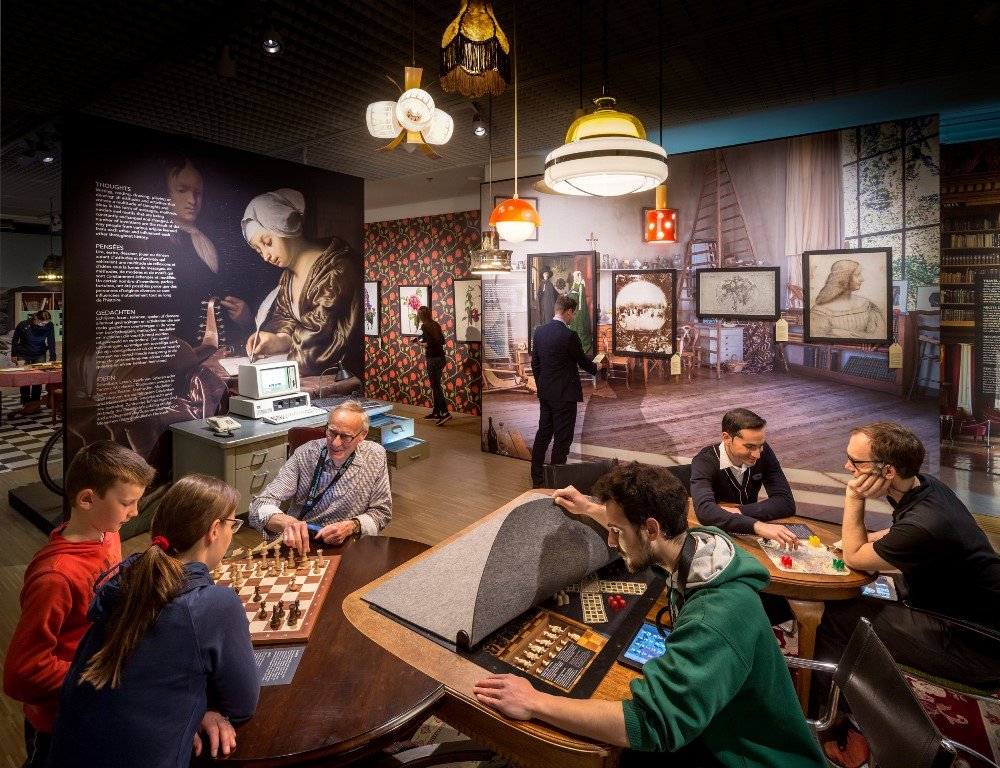 The 500m² temporary exhibition occupies the first two floors, and is connected by a monumental staircase and void. The exhibition design is based on two different but interwoven museum concepts. On the first floor, the objects are the focus while on the second floor the stories form the starting point of the design.

For visual coherence both exhibition floors feature graphic walls with large photographic images and reproductions of paintings, which also set the context for the varying subthemes. The other connecting element is the void that features a large interactive map of Europe. Both during the visit and online, the public can answer questions about their personal experiences with cross-border interaction such as: ‘Where would you like to travel to’, or ‘Where does your favourite food originate?’ By visualising this input in the interactive map, this creates a collective web of European interactions. In this way, the focus lies on the connections instead of the boundaries and the visitors themselves become part of the exhibition. 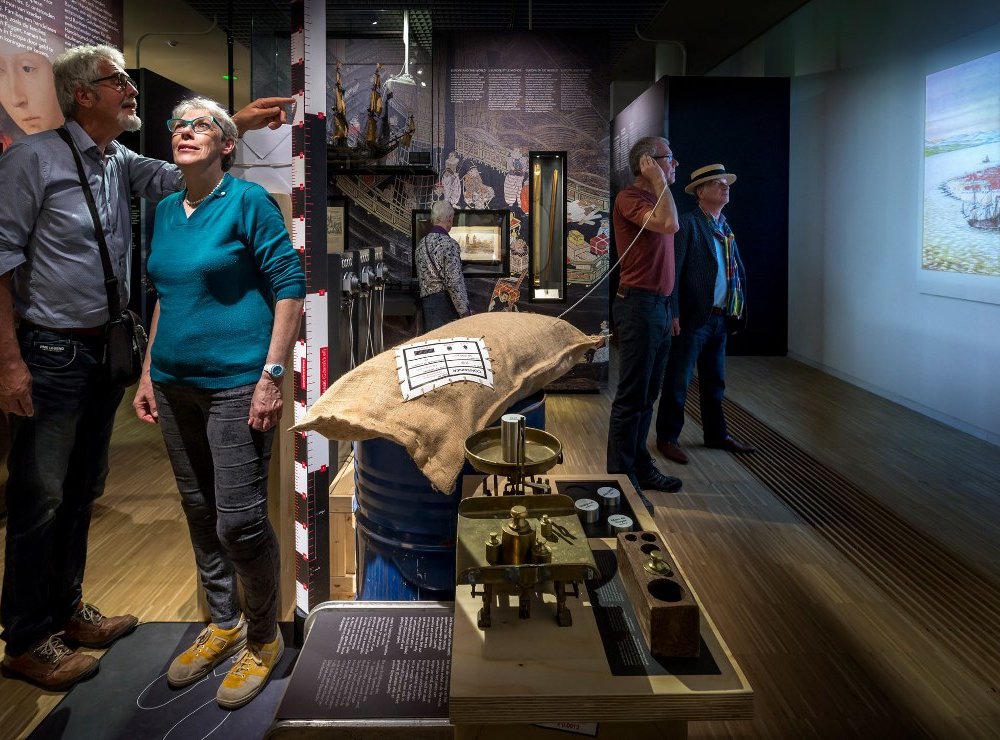 “Interactions not only shows the long history of cross-border cultural exchange and interactions, it also stimulates new encounters between visitors during their visit. We placed visitor interaction at the heart of the exhibition’s museological concept,” said Mark de Jong, creative director at Kossmann.dejong. “We designed Interactions as an engaging experience that can be discovered with all the senses: nearly everything can be touched, visitors can activate a record player and listen to music, smell ancient perfume, ride a bicycle, play a game at the gaming table or lie on a four-poster-bed to watch and listen to fairytales.”

While the first and second floors are visually connected, they also differ both in their design as well as narrative approach. On the first floor, different theatrical settings are created for each of the four subthemes (trade, fight, negotiate and learn). Integrated into graphic walls or placed in separate vitrines, the artefacts are complemented by personal stories and playful hands-on elements that encourage visitors to actively engage with other visitors. For example, in the maze game of the ‘negotiation’ themed space, visitors can only overcome the obstacles and finish the game through collaborating with other players. 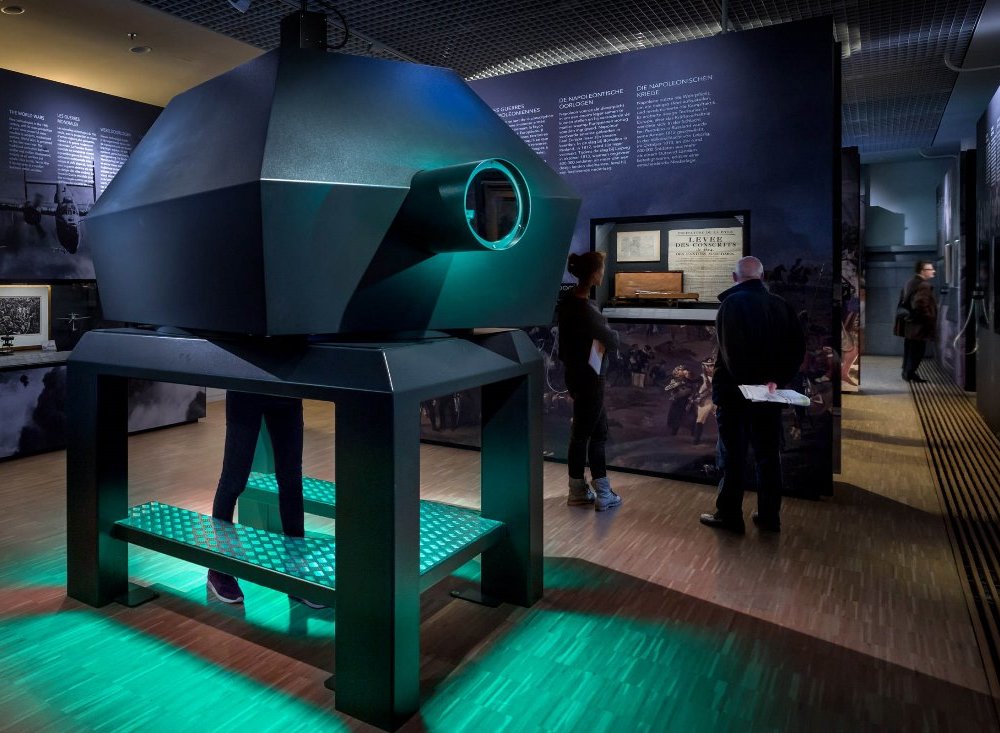 The second floor is designed as an eclectic ‘European house’. In the intimate surrounds of a kitchen, office, living room, library, games room and bedroom visitors are challenged to find ‘The European story’ behind everyday objects. For example, after touching one of the dishes on the dining table visitors are ‘served’ an animation about the origin of that particular dish. And looking up from the four-poster-bed in the bedroom, they discover that fairy tales from different European countries share many similarities.

Through its multi-layered quality, diversity of information on offer and mix of media and communication tools, the exhibition becomes an exciting and educational journey of discovery about European interconnectivity for all visitors.

“By inviting visitors to interact with the exhibition and with each other, both in the museum and virtually, the House of European History becomes a theatre of physical and virtual encounters.”

Interactions. Centuries of Commerce, Combat and Creation runs until May 31, 2018.

Kossmann.dejong creates the design for temporary exhibition Living in the Amsterdam School at Stedelijk Museum

Design of ‘ZieZo Marokko’ – an interactive exploration of a Moroccan medina