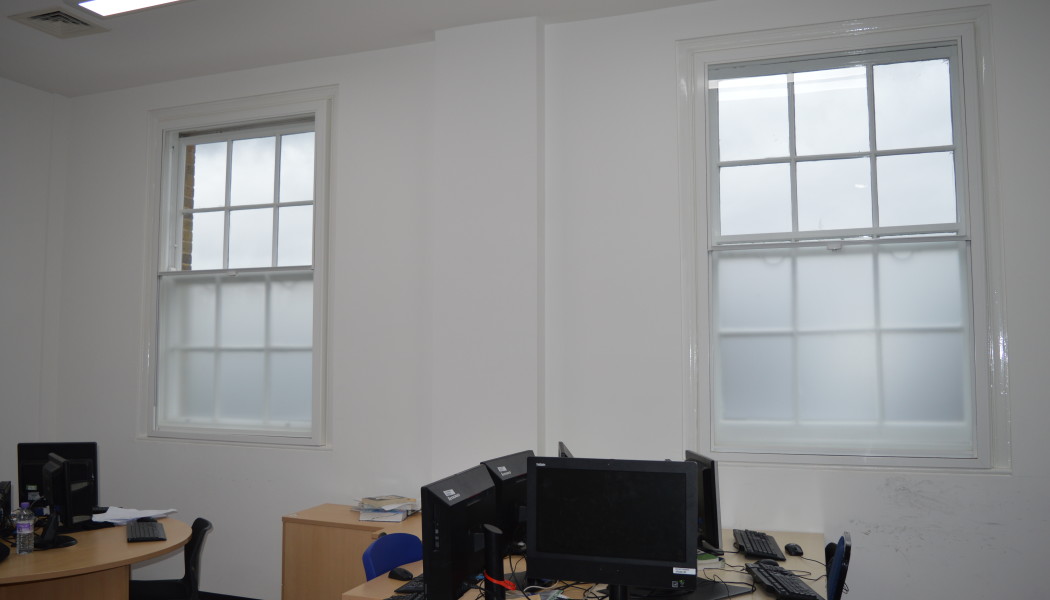 During the Second World War the airfield was used as the front line of national defence and at one time housed three squadrons, often made up of the survivors of other squadrons that had been reduced by losses in action.

The airfield was closed in 1978 and in the time that has elapsed the building had become run down and was something of an eyesore. Plans were successfully put forward to not only repair and preserve a significant part of history, but to renovate the former NAAFI building for its new life as an independent secondary school.

As the building is Listed and of great historical importance, serious consideration had to go into how to create a comfortable and peaceful learning environment for students and teachers.  The current primary windows could not be changed, despite being draughty and allowing in noise. Therefore, Unispace Global approached Selectaglaze, the specialist in secondary glazing, to provide a subtle solution suitable for the Listed building. 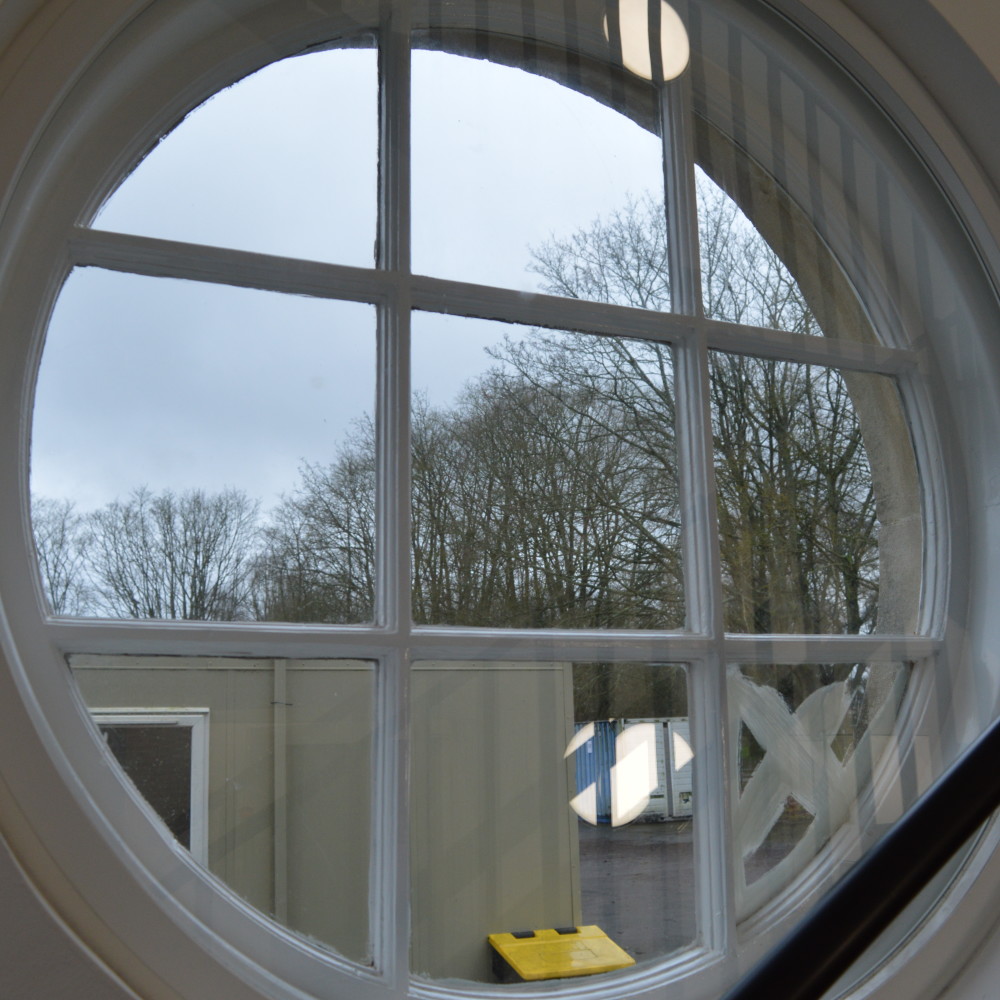 Selectaglaze installed 70 units, using 4 different product types to match the existing primary window styles and sight lines. On the circular windows, Selectaglaze used the Series 46 fixed unit with its discreet slim line frame with neat cover channels that conceal the fixing. All the secondary units were finished in white powder coated paint to match the existing frames, making them an unobtrusive adaptation.

All of Selectaglaze’s units are tailor made to ensure the tightest fit and use twin seals to virtually eliminate draughts and reduce heat loss by up to 50%. Secondary glazing can also reduce noise ingress creating a quieter environment; a reduction of 45dB is achievable.

The secondary glazed units are a subtle solution and from the building’s exterior are difficult to notice. Secondary glazing is an independent window fitted to the room side of a building and as a fully reversible adaptation is accepted by most heritage bodies.

With 50 years’ experience and Royal Warrant holders since 2004, Selectaglaze has extensive experience with working on all building types from Listed hotels to new build offices. Their units are bespoke to the individual needs of the clients and as they are prepared off site it allows for rapid installation with minimal disruption.