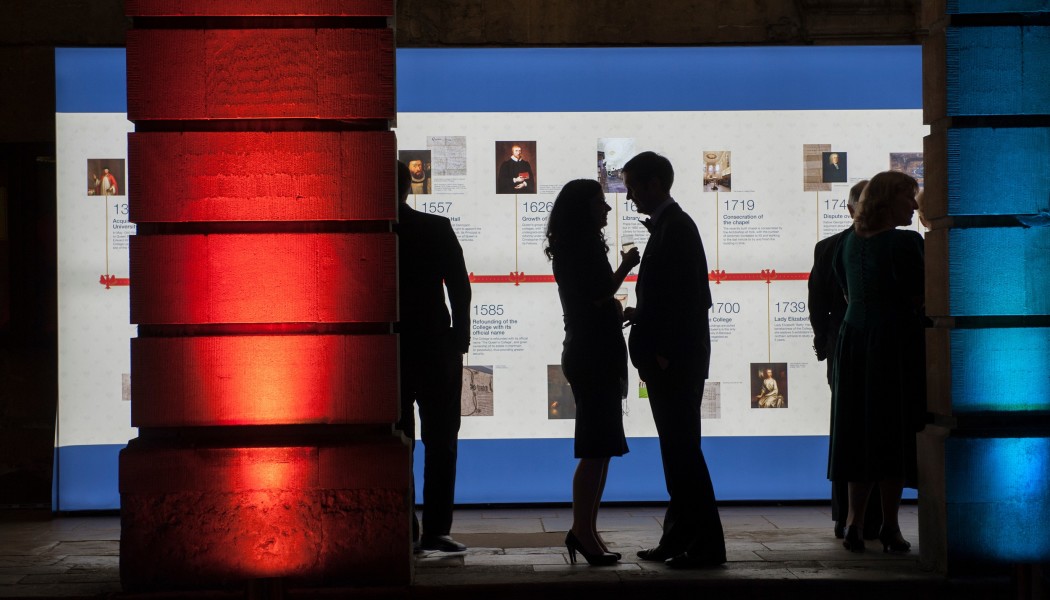 Yorkshire-based creative display specialist Leach has been commissioned to produce a bespoke timeline to commemorate the 675th anniversary of Queen’s College, Oxford

Leach’s UK heritage experts provided interpretation and graphic design to present the story of Queen’s College, which began with the acquisition of land in 1341 and highlighting momentous milestones along the way before summarising the most recent extension of the College library beneath Provost’s Garden, this year.

LED Leach has also taken care of the design, manufacture and installation of the resulting 11 x 2.5 metre illuminated lightbox – a flexible and eye-catching structure that was installed in only 90 minutes.

The team turned the project around from start to finish in just one week, in readiness for 800 former members and their families attending the College’s anniversary gala. Guests from throughout the UK and Europe joined the celebration, with some travelling from as far afield as South Africa and the USA.

“As the idea took shape, I became increasingly excited about what we were creating. However, when in place, the end product surpassed all my expectations,” said the College’s Director of Development Anna Thorne. “It was bound to capture attention on the day, due to the nature of the story it told. But the sheer scale of the installation and fact that it was carefully illuminated made it a real showstopper.”

Earlier in the summer, it was Leach’s own 125-year-celebrations that caught Thorne’s eye and went on to secure them the project. “It was a happy coincidence that Leach was also marking a milestone year,” she said.  “It therefore seemed fitting that they should be the partner to help bring our story to life.

Established in 1891 as a one-man photographic studio, Leach has grown to become a 92-strong organisation with a 30,000 sq ft headquarters which still remains in the heart of Huddersfield. And, with managing director Richard Leach being a former member of Queen’s College, the job was the perfect fit.

“As conversations unfolded, they were clearly the right people for the job. Leach has amassed a notable reputation for creating exhibitions that inspire visitors at heritage sites and attractions throughout the country, but they’re also known for producing high quality graphics to create ‘wow factor’ environments. This project brought these skill sets and creativity together, and the result is stunning.” 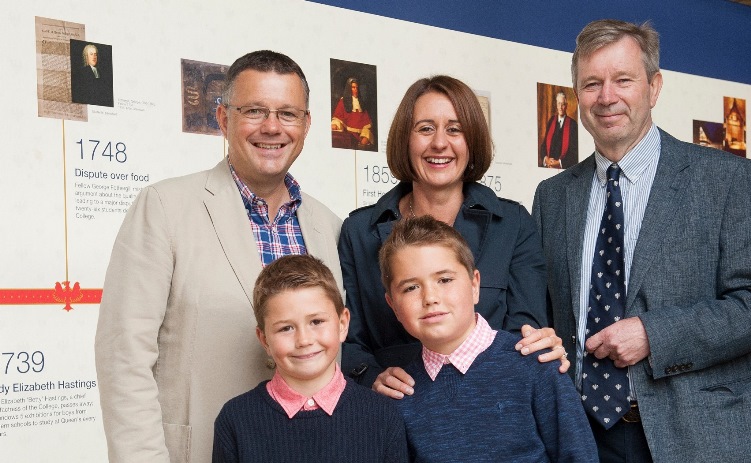