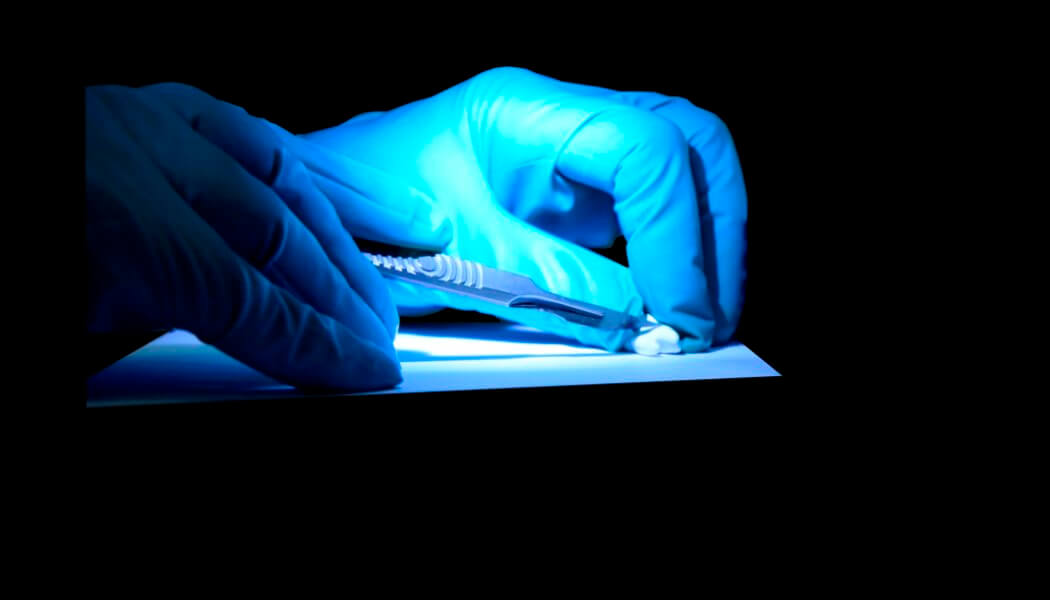 When Worcester City Art Gallery and Museum’s curatorial assistant was approached by the University of Worcester to work on a collaborative exhibition, little did she know it would lead to an encounter with King John’s Teeth and various museums objects spinning on a turntable

This project began in October 2016 when Jess Matthews, lecturer in Fine Art Practice at the University of Worcester, proposed a collaborative project that would be feasible and valuable for both the university and the museum, taking the form of two artists each working for a brief residency period at the museum then producing work for an exhibition at the Fine Art department’s temporary exhibition space, The Lantern.

Working with the rapidly expanding university offered an exciting opportunity for Museums Worcestershire in achieving its continuing aim to be increasingly visible, viable and valued, while a collections-based residency would also contribute towards aims to make objects in storage more accessible.

As part of the Meadow Arts Garage Open Lecture Series, in partnership with the Fabrication Research Group at University of Worcester Jess secured £1,000 funding to cover fees and research visits for two artists: AJ Stockwell and Ben Owen, both of whom explore history and cultural memory in their work.

The title of the exhibition was chosen by the artists in discussion with Jess. Each of the four words denotes time or the occupation of time. To highlight how as museums professionals we attempt to shift across time, the exhibition title ‘When Then is Now’ could just as easily have moved the verb ‘is’ and added a question mark to become ‘When is Then Now?’ This shifts the temporal anchor of the sentence and poses a pertinent musicological and historiographical question. However, ‘When Then is Now’ is a declarative, rather than explorative statement. This positions the exhibition in a curatorial future of confident museum professionals who conserve, interpret and present objects with an unquestioning certainty of their communion with the past and the appropriateness of their methodologies, resulting in raucous displays and concerning conservation. 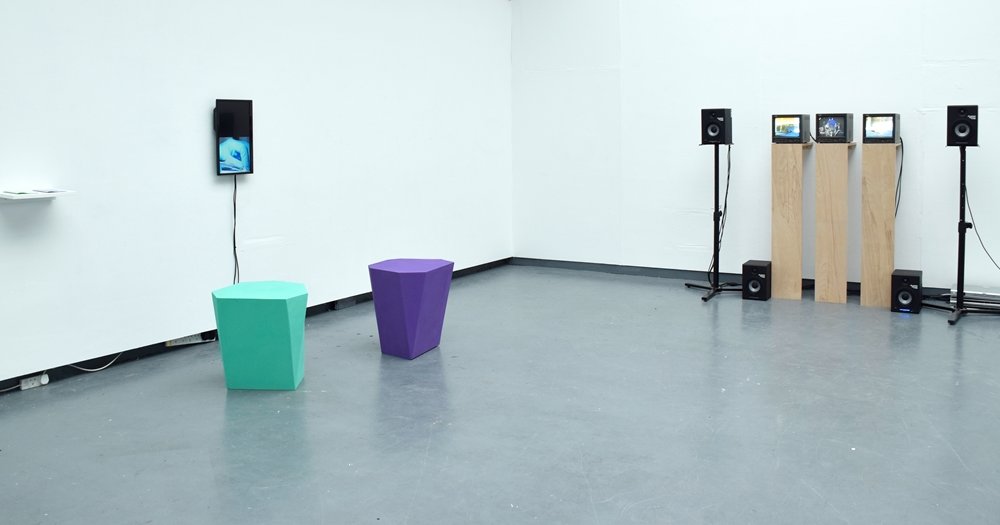 When Then is Now exhibition was held at the The Lantern Gallery at the University of Worcester. Photograph by Jess Matthews

For both the museum and university, this project was an opportunity to explore the interpretive potential of collections-based research in artistic practice. It also functioned as a teaching opportunity illustrating how an artist may function within the museum institution and how they can use collections and institutions as sources for their work.

By December AJ and Ben made their first trips to the Museum to explore the collection. The artist’s each made three trips to Worcester to explore the museum, the collection, the city and to meet staff and volunteers. They then worked from their respective bases in London continuing research and developing the work before the exhibition, which ran at The Lantern – with talks by AJ and Ben as part of the Meadow Arts lecture series – from March 22-29.

Ben visited the museum with a specific interest in the methods and politics of capturing and displaying cultural memory. On his first visit to the museum, we explored the collections in storage, honing in on a number of objects, but it was an interest in the sheer volume and variety of objects that shaped his approach to the project. His piece, Constructive Neutrons, consists of three small screens and four speakers. A central screen shows a drummer playing hypnotic unwavering, synth straight 16 beat whilst lit up with a disco laser show.

This is flanked by screens showing unnamed museum objects spinning slowly on a plastazote covered turntable against a disco ball mirrored backdrop and lit, like the drummer, as if at a low budget rave.

Over the speakers, you can hear our drummers beat accompanied by meandering expressionist Jazz clarinet (played by Museums Worcestershire’s Marketing Officer, Charlie Fothergill) interspersed with intense, pulsing electronica.  Over the top of this, you hear the layered voices of Charlie, Kerry Whitehouse our Registrar, Garston Phillips, Collections Ambassador, and myself talking to Ben about the personal, theoretical, practical and ideological nature of our experiences working with museum objects and negotiating methods of display.

In researching the piece, Ben looked to Richard Brautigan’s absurd poem ‘Homage to the San Francisco YMCA’, in which the plumbing in a poetry lover’s house is replaced with the work of the great poets and, discovering this is impractical, he tries to revert to the more traditional piping, he finds that the poems like their new role and were occupying his home. Brautigan’s text poses a humorous account of the impracticality of dealing with illusory and intangible nature of historic and poetic understanding. Owens piece proposes a similarly irreverent alternative method of living with and presenting history in the kaleidoscopic music video installation that replaces the traditional museum vitrine.

AJ’s artwork, John’s Teeth took specific objects and practices at Worcester City Museum and Art Gallery as its source material. After touring the basement stores at the City Museum and Art Gallery and exploring the wonderful, significant and sometimes odd objects in safekeeping there, the final pieces I showed AJ were some of the most valued artefacts in the collection: King John’s Teeth.

They came to the collection in 1849 accompanied by a note from stationer’s apprentice, William Wood explaining that they had been taken from the body in 1797 when King John’s tomb was opened by the antiquarian Valentine Green to verify it held the king. The teeth caught AJ’s eye as teeth have been a recurring theme in her work which has explored the material similarities between porcelain and tooth enamel. She was also interested in the work of Museums Worcestershire’s devoted archaeology volunteers who have been using microscopes, acetone and scalpels to clean the prized Breedon Hill Hoard of 4,000 Roman coins, as AJ saw the this clinical and delicate work as similar to that of the dentist.

Four volunteers, Christine Sylvester, Rob Lythe, Ann Silk and Helen Kirkup contributed their conservation skills and thoughts and feelings about teeth to develop the work and we were delighted when some of them joined us at the University for the exhibition opening. In developing her concept, AJ and I had lengthy discussions about the ethical treatment of human remains and, according to the museum’s policy, discarded ideas of 3D scanning and printing the teeth or even using imagery. AJ’s interest in and respect for the Human Remains Policy extended to choosing not to explicitly name King John – instead, taking his teeth as a point of departure for our fictional John. The John whose teeth are cared for in AJ’s imagined museum of the future was, like King John, a celebrity and his cosmetically altered teeth survive collected as relics of that fame.

Sitting on slightly off balanced geometric stools designed in a shape that mimics the roots of a molar and painted in the turquoise and purple of nitrile gloves familiar to any museum professional, visitors watched a dramatically lit, closely shot film of gloved hands working under a microscope to clean already gleaming synthetic teeth – scraping scalpels across already perfectly varnished surfaces to remove any possible trace of imperfection. The monitor is hung in a portrait orientation, – an artwork rather than a documentary – and viewers may pick up an interpretation leaflet from a pile on a small shelf mounted to the left of the screen and read a semi-fictionalised account of a conversation constructed from fragments of chatter about our own teeth, celebrity teeth and dental anthropology that are morphed into the words of characters ‘R’ and ‘D’.

As this project was exploratory, developing ways the fine art department and the museum might work together to interpret, produce and teach, it did not have specific target aims beyond this remit. For Museum’s Worcestershire, the project also offered a different form of collections accessibility, bringing these objects to new audiences in new ways. Looking to the future, we hope to repeat this project with a similar methodology, but in order to fully utilise the time and resources, we will look to work in a more targeted way that complements our programming or explores specific collections that are difficult do display. Working in this way has not only offered opportunities for partnership and provided a different method of collections accessibility, but through the artworks themselves have inspired new thinking about methods of display.