Tall, twinkly-eyed and with a mischievous sense of humour, Alexander Kellner cuts a charismatic figure. But beneath the charisma lies the desperation of a man still clearly haunted by the fire that ravaged Brazil’s national museum last year while the institution was under his directorship – and who now faces the formidable task of trying to rebuild it.

“What now? What would you do in my footsteps?” he asked attendees of a talk he gave at the annual Culture Summit in Abu Dhabi last month, singling individuals out with a pointed finger. Some attendees, who included senior staff members of other museums and galleries around the world, merely stuttered in response.

Kellner’s appearance at the summit was all part of a lobbying mission to secure funding and support for his efforts to rehabilitate the National Museum. But he faces an uphill battle. Not only does the museum director say his team has been unable to make any high-level contact with the nearly five-month-old government of Brazil’s far-right president, Jair Bolsonaro, but he has access to only a fraction of the funds pledged to rebuild Notre Dame in Paris.

I don’t want to downplay Notre Dame, I want to see it rebuilt myself… [But] for humanity, all our collections that we have lost are more significant 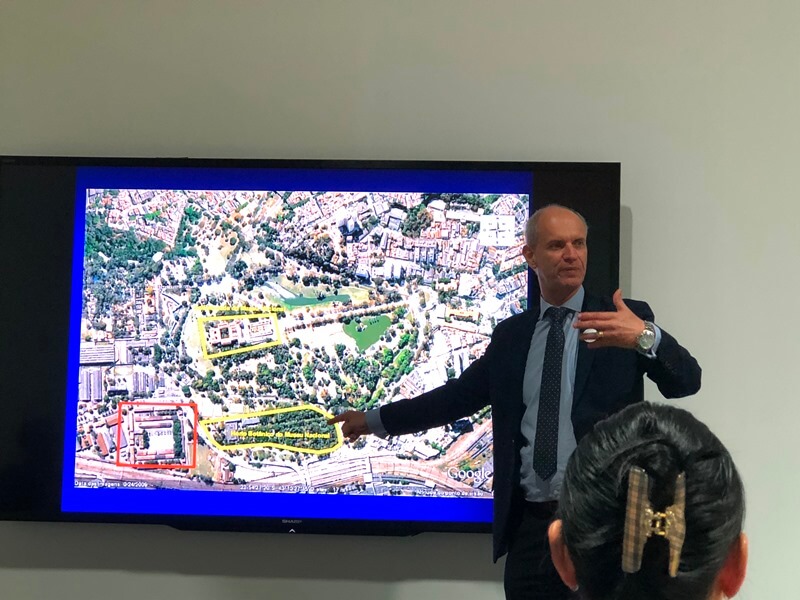 Desperate for funds, eight months on from tragic fire

While nearly a billion dollars was pledged in the 48 hours that followed last month’s blaze at the French cathedral, the Brazilian museum has so far only received around $265,000 in donations, Kellner said earlier this month. In fact, nearly nine months on from the fire that gutted the main building of the National Museum on 2 September, Kellner doesn’t even have enough funding to safely store the artefacts and specimens that have been salvaged.

“What humanity has lost to the fire of the National Museum of Brazil is much more significant than Notre Dame,” Kellner told Museums + Heritage Advisor. “I don’t want to downplay Notre Dame, I want to see it rebuilt myself… [But] for humanity, all our collections that we have lost are more significant”.

The 200-year-old National Museum boasted more than 20 million anthropological and natural history items from both Brazil and abroad before the fire. It is not yet clear exactly how much of this collection was lost – museum staff are continuing to comb the rubble for objects – but the vast majority is thought to have been destroyed. Among the items believed to have gone are mummies from Egypt and information about indigenous Brazilian tribes that no longer exist.

The museum building itself was also of great historic importance. Not only was it home to emperors Pedro I and Pedro II, but part of the Brazilian constitution was written there.

Is corruption the biggest threat to the future of the National Museum of Brazil?

Kellner estimates that 300 million Brazilian reals (£58.7m) will ultimately be needed to rebuild the museum.

Aside from the fact that Notre Dame is located in Europe, the director believes there are three main reasons why so much more money was pledged to help the French cathedral.

“It’s not from the Brazilian culture, particularly amongst companies, to make donations to scientific and cultural institutions. They just don’t have the habit of doing that… Number two, there’s also no incentive from the government to get those donations,” such as tax deductions, he says.

“And number three, I can imagine that a lot of people are afraid of corruption. Brazil used to be known for its good soccer team, for its nice beaches, and now it’s known for corruption. And that’s a fact, whether you like it or not.”

Kellner says donations to his museum are protected from corruption, however, with the Friends of the National Museum Association collecting funds and posting details of them online.

This money is in addition to federal funding for the museum’s rehabilitation. Under the last government, Brazil’s education ministry contributed 16m reals for specific restoration projects, while the Brazilian Development Bank has so far delivered 3.3m reals out of a promised total of 21.7m reals, Kellner says. The Rio de Janeiro state legislature, meanwhile, has promised another 55m reals.

“I need urgently one million reals because I’m rescuing a lot of material that is in the palace and I have no place to put them,” he says, adding that at least 10 storage containers are needed “desperately” while around 40 are needed altogether.

This money would also allow him to buy “day-to-day basics” such as computers, gloves, masks and certain glues.

“I really need this 1m reals, it would allow me to breathe,” he says.

Speaking to Kellner, one gets the feeling that it’s been a long time since he’s had a chance to breathe.

A world-renowned paleontologist with many prizes to his name, the 57-year-old was only six months into the job of director when the fire broke out. He says that with the museum’s collection went his reputation and that he “lost everything”.

Kellner, who on the night of the fire worked with other members of museum staff to remove items from the burning building, now fears he could be sued for negligence amid an ongoing federal investigation.

“So far nobody has been sued, but of course sooner or later it will happen. I’m absolutely sure that I might be one of them,” he says.

“But if you ask me if that’s really my basic worry, no. My basic worry is to rebuild the museum. And my biggest sadness is that I am in this position right now that it happened on my watch – that’s really hurting me a lot. But what can I do? I can’t run away from it, can I?”

The federal investigation has so far found the primary cause of the blaze to be an air conditioning unit, though federal police experts have also highlighted a lack of most recommended fire protection devices at the museum – apart from fire extinguishers. Exacerbating the situation was the fact that hydrants closest to the museum were dry at the time of the blaze, according to Rio’s fire chief.

Kellner points to decades of underfunding for science and culture in Brazil, which the International Monetary Fund last year named the ninth largest economy in the world. Before the fire the National Museum had an annual budget of around $1.8m to cover security, maintenance and operation costs, with the director having control of just $100,000-150,000. That money had to cover repairs and new equipment – among other things – for buildings measuring a total of 15,000 square metres, Kellner says.

However, with other Brazilian museums in a bad situation, the director believes some good can emerge from his experience.

“I’m a prominent scientist. Now I’m the director of the museum that caught on fire. But that’s liberating because now I will reconstruct it. And I [hope to] push my government as far as I can so disasters like that won’t happen again.”

To this end, Kellner is looking for letters of support from the international community – something he believes could spur his government to begin treating the rehabilitation of the museum as a priority. He doesn’t want to dictate what these letters should say but would particularly like offers of artefacts and specimens for when the time comes to reopen at least a part of the museum.

As he told attendees of last month’s Culture Summit, “Just a letter. It doesn’t cost much. But it may change a lot.”

The Brazilian government is yet to respond to a request for comment.

CASE STUDY: FireVu on the challenge of fire detection for heritage buildings