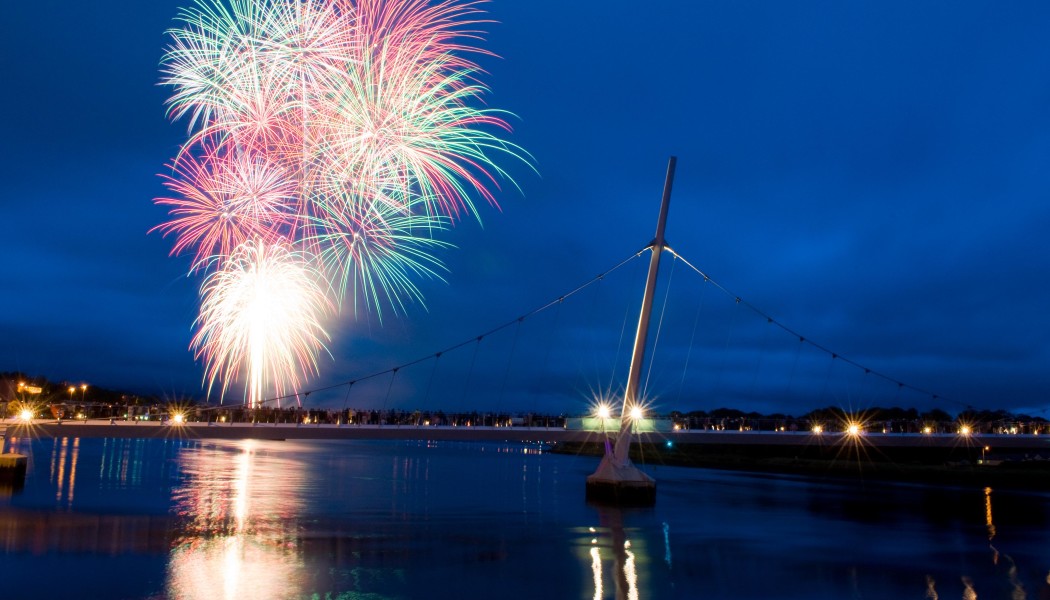 Derry-Londonderry a crucible of culture in 2013

Derry-Londonderry is the city to visit in 2013. The first ever UK City of Culture is playing host to a world-class programme of events which includes the Turner Prize presented outside England for the first time; a new commission by the London Symphony Orchestra; award-winning choreographer Hofesh Shecher; the return of Field Day; a new play by American playwright Sam Shepard; and the return of the Royal Ballet.

Other highlights include The Return of Colmcille, a citywide spectacle taking place over an entire weekend written by Frank Cottrell Boyce, writer of the London 2013 Opening Ceremony; Teenage Kicks a Punk Musical by award-winning novelist Colin Bateman; Fleadh Cheoil na hÉireann, the biggest festival of Irish Culture anywhere in the world coming to the city for the first time and award-winning dance company Boy Blue who will premiere a new production inspired by the world of Manga.

Culture Minister Carál Ní Chuilín said: “2013 promised to be a momentous year for Derry and for this part of Ireland.

“With such an exciting programme of events to suit everyone’s tastes, the endorsement from the Lonely Planet that Derry is one of the top five cities in the world to visit in 2013, and the sheer dedication to make this happen, Derry City of Culture is not to be missed.

“Derry is ready to embrace this opportunity and to showcase Ireland’s rich culture and heritage on the local and international stage.”

Mayor Kevin Campbell adds: “The City of Culture year will transform our city and region. The range of contemporary music, dance, theatre, arts and performance events will link our diverse communities in programmes of celebration.

“The exciting programme of events scheduled for 2013 will encourage, develop and showcase our amazing cultural talent to the world and lay the foundations for economic prosperity for years to come.”

Many of the elements of the City of Culture programme will run throughout the entire year such as the Music Promise. More than 7,000 children will take part to make sure that young people are at the heart of the music offering of the city.

BT Portrait of a City will create an unparalleled digital resource of photographs, film and oral history documenting the historical, cultural and personal stories of Derry-Londonderry. Working with community groups, schools, libraries, archives and with a drop-in office open to all, these stories will be collected over the course of 2013, and made available.

2013 will be the biggest cultural celebration ever staged in Ireland where the entire city is the canvas. With hundreds of free events and endless ways to participate, it’s a party where everyone is invited.