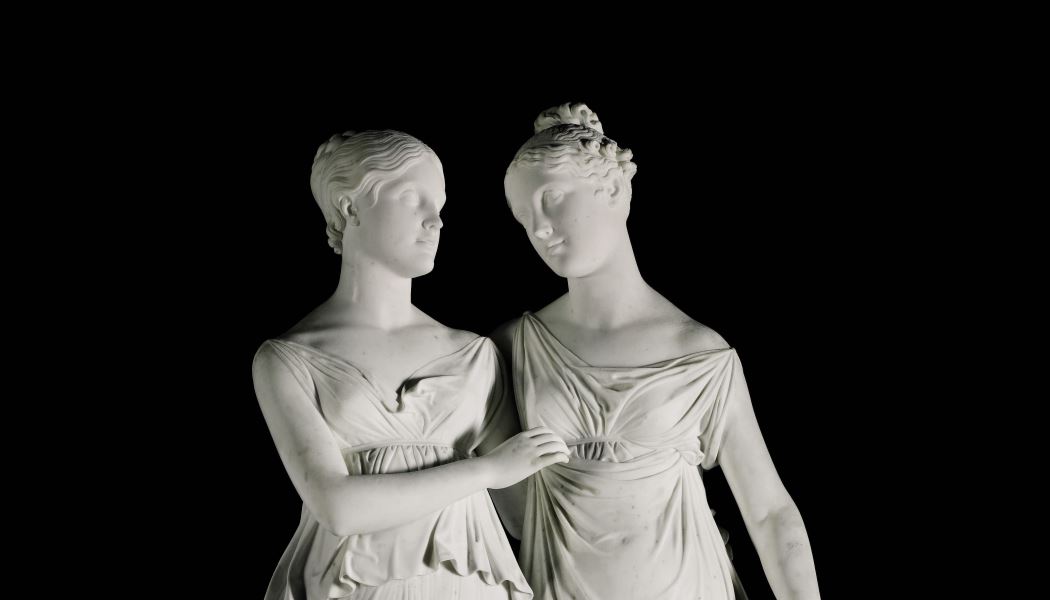 The Campbell sisters dancing a waltz sculpture, thought to have been displayed at Inveraray Castle, Argyll in Scotland since it was first commissioned in the early 19th century, and more recently placed on loan to the Scottish National Gallery, portrays two young women – the youngest daughters of Lady Charlotte Campbell – stepping forward in a dance.

Lorenzo’s sculpture will be exported overseas unless money can be found to match the asking price of £523,800.

The rare piece, inscribed with an intriguing dedication to the renowned British artist John Flaxman, is the only example of a major British commission of a figure group given to Bartolini, who was to become one of the leading European sculptors of his day. 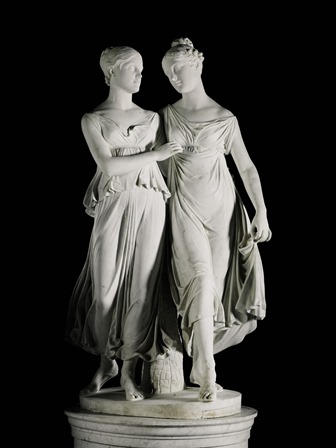 Specialising in portraiture, but also producing mythological and genre subjects in marble, Bartolini combined a pure classicist style with a naturalism which came from his training and working in France. With this dynamic group’s sense of movement, the artist has successfully suggested the youth and vibrancy of the two sisters.

The Minister has deferred granting an export licence for the piece following a recommendation by the Reviewing Committee on the Export of Works of Art and Objects of Cultural Interest, (RCEWA) administered by Arts Council England.

The Committee made their recommendation on the grounds that it is of outstanding aesthetic importance, and of outstanding significance for the study of Bartolini, the development of British neoclassical sculpture and the British cultural connections with Florence in the nineteenth century.

Culture Minister Ed Vaizey said: “This vibrant work, depicting two sisters dancing, demonstrates the exceptional skill of an outstanding sculptor. It is a rare example of a British commission for Bartolini, and provides a fascinating insight into the cultural history of the British presence in Florence during the period. I sincerely hope that funds can be raised for a matching offer to keep the sculpture in the UK.”