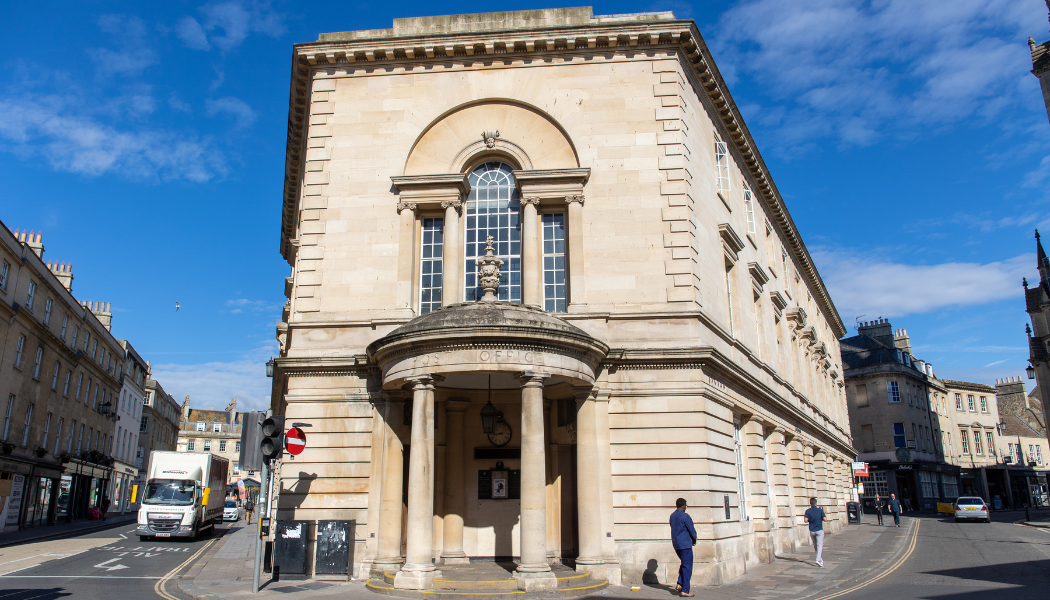 The local council says it will now look at alternative funding routes for the relocation of the museum, part of a wider plan to make Bath a fashion destination in the South West

The Fashion Museum in Bath has said its planned relocation will continue despite recently missing out on a bid for some of the £2bn recently announced as part of the Government’s Levelling Up Fund.

The Bath and North East Somerset Council run museum plans to move to the Old Post Office in the centre of Bath, following departure from its home of more than 60 years in Bath’s Assembly Rooms. The aim is for the new museum to open in 2027/28.

The relocation of the museum is part of the council’s Milsom Quarter Masterplan, a 20-year project to make the area in Bath a “fashion destination for the South West”.

The relocation project was first announced last September, alongside plans for a Fashion Collection Archive in Locksbrook, creating a publicly accessible home for the Fashion Museum’s collection.

As part of the project, the museum is in the process of setting up a charity, which will be an independent organisation with a board of trustees.

On the museum’s website, a statement said the council will now look at different ways of funding the project to reopen the museum.

Kevin Guy, Leader of Bath & North East Somerset Council, said: “Whilst this is disappointing news from the government, the process of working up the Levelling Up Fund bid has demonstrated the benefits of this project to our local economy and to our communities.

“I’m wholly confident that we will be able to use our expertise to deliver the new Fashion Museum, which will be one of the most significant pieces of cultural infrastructure in the country over the next few years”.

Local MP Wera Hobhouse wrote in a statement: “I was very disappointed to learn that Bath & North East Somerset Council’s bid to secure levelling up funding for our city was unsuccessful. This was the second time Bath missed out. I know many MPs up and down the country are aggrieved with this Government’s uneven distribution of funding.

“B&NES Council’s visionary project to revitalise the internationally significant Bath Fashion Museum and develop a new location for its fashion collection at Locksbrook in collaboration with Bath Spa University will attract more visitors and create new jobs. I know a lot of hard work went into this bid and I share my colleagues’ and constituents’ disappointment.

“It seems curious that the South East received a disproportionate amount of money while the South West missed out. So far I have not seen any feedback as to why our bid failed. The Council is awaiting detailed feedback from the Government so that it can work out next steps.”