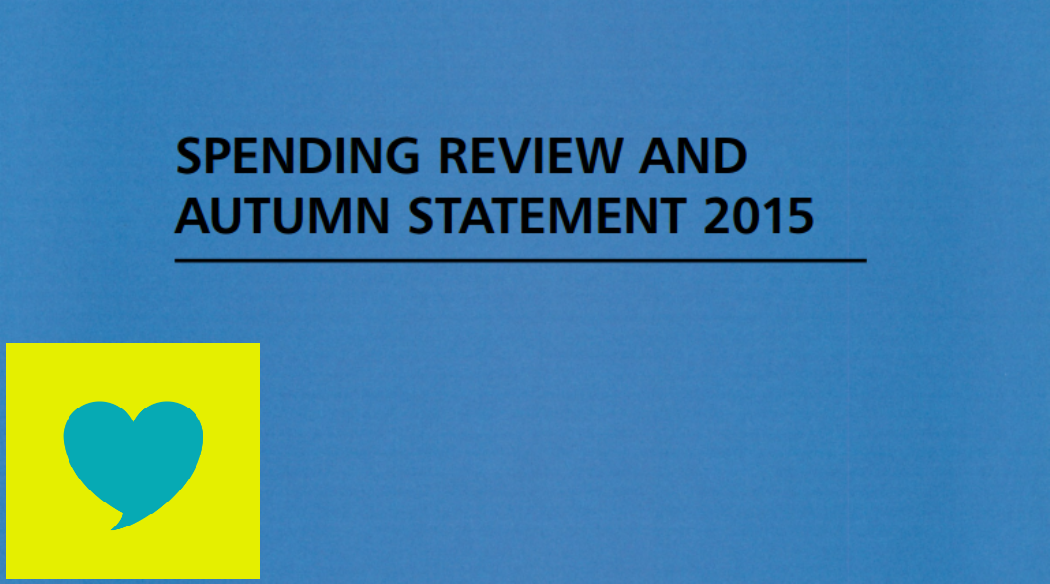 The chancellor George Osborne announced today that there would be further cuts to the Department for Communities and Local Government (DCLG) and the Department for Culture, Media and Sport (DCMS) in his autumn statement but the government would maintain free entry to national museums

The DCMS received an overall cut of five per cent, to include a 20 per cent cut to its administration budget, while the Arts Council (ACE) and England’s national museums will receive standstill budgets until 2019-20.

“As a starting point you have to say it’s a much better spending settlement than we expected,” said John Orna-Ornstein, ACE’s director of museums. “National Museums and ACE have been told we will have a small increase year-on-year, which is a reduction in real terms of 1 per cent and significantly better than we imagined.”

He said this meant that ACE would not have to make any reduction in funds to Major Partner Museums from now to 2018.  “This is good news for the sector, the MPMs and other museums and organisations we work with. It’s a great credit to those who advocated, both at a local and national level, the value of museums. For the chancellor to specifically talk about arts and culture having a positive effect on society was significant.”

“My first impression is it’s great that George Osborne is recognising the value of culture by ring fencing Arts Council England funding. Hats off to bodies like ACE and National Museums Directors’ Council for constructive and effective lobbying,” said Tony Butler Executive Director of Derby Museums. “For Civic Museums like mine in the major cities outside London the challenges are still very significant. Big Cuts to local authorities could signal the end of annual revenue funding for non-statutory services and if this happens quickly a large number of museums will become unsustainable.”

The Spending Review and Autumn Statement also made permanent the operational and financial freedoms for national museums announced at Spending Review 2013, which will be extended to include the British Film Institute, the National Army Museum, the National Museum of the Royal Navy, the Royal Air Force Museum, Historic England and the Churches Conservation Trust. This will support these bodies to move towards greater financial self‑reliance and sustainability.

Although many councils are well aware of the vital benefits that museums provide to their local communities and economy, further cuts to local authority budgets will put critical pressure on funding for museums around the country

Diane Lees, Chair of the NMDC and Director-General of Imperial War Museums

The government said it will invest £78m capital funding in the Factory Manchester, plus £9m per year in revenue funding from 2018-19. It will also invest £2.5m in the Museum of Science and Industry in Manchester, £5m for a new South Asia Gallery at Manchester Museum, £4m in Birmingham for a new Dance Hub and £500,000 towards plans to celebrate the 400th anniversary of the Mayflower in Plymouth in 2020.

“The relative modesty in the cuts to DCMS and ACE funding is a good signal in confidence the Treasury has in the sector to bring social and economic benefits,” said Nick Merriman, Director of Manchester Museum.

“It is pleasing they have specifically committed to The Factory and the South Asia Galleries and it seems to be saying there is a recognition in the Treasury, which hasn’t always been the case, that the arts and culture make a difference to society. What was glossed over in the autumn statement was the cuts to local councils. There is a long-term hollowing out of the capabilities of museums and cultural organisations as a result of swingeing cuts to local authorities.”

As one of 34 university museums the majority of Manchester Museum’s funding comes from the Higher Education Funding Council for England (HEFCE), with additional ACE grants through its status as a Major Partner Museum.

However, although not receiving direct funding from the local authority Merriman says that a Higher Education Green Paper published this autumn plans to abolish HEFCE, which would cause major funding shortfalls for all university museums.

As part of the spending review the government also said it would invest £150m to support the British Museum, Science Museum and Victoria and Albert Museum to replace out of date museum storage at Blythe House with new world-class storage facilities to preserve and protect over two million fragile and sensitive objects.

Ian Blatchford, Director of the Science Museum Group, said: “The Chancellor has created an historic opportunity for us to improve the way we manage and share our world-class collections by providing £150 million to replace and relocate the storage facilities currently used by ourselves, the British Museum and the V&A at Blythe House in London.”

One of the success stories of the statement was funding for the NMDC, which lobbied for the importance of museums through its I Love Museums campaign.

“This fantastic outcome is the result of a long and sustained campaign, which saw collaboration across the sector as museums came together to demonstrate our collective worth and value to the nation and to give government the evidence it needs to invest in our museums,” said Diane Lees, Chair of the NMDC and Director-General of Imperial War Museums.

She also said that while the outcome for national museums and Arts Council England is a very positive one, NMDC remained deeply concerned for regional museum funding with the announcement of further cuts to local government grants from DCLG.  “Although many councils are well aware of the vital benefits that museums provide to their local communities and economy, further cuts to local authority budgets will put critical pressure on funding for museums around the country.  We hope that councils will follow the government’s lead and continue to invest in museums despite the challenging economic climate in which they are operating.”

According to Lees the UK museum sector is more vibrant, popular and internationally respected than it has ever been, with over 71 million visitors last year to the national and major regional museums within NMDC’s membership alone.  The outcome of today’s Spending Review she said acknowledges this success and will enable museums to continue to care for the country’s world-class collections and provide the widest possible access to them.

Bernard Donoghue, Director of the Association of Leading Visitor Attractions said at face value the settlement for the DCMS looked encouraging.  “The Chancellor stated that cutting DCMS is a ‘false economy’ – a heartening phrase and a result of some very targeted and effective lobbying over recent months.”

Donoghue said it is a recognition of the return on investment that public monies bring in terms of job creation, apprenticeships, supporting rural and urban economies, the growth of creative industries, as well the importance of culture and heritage to education, literacy and social benefits.  “National museums and galleries have done exceptionally well to maintain their grant-in-aid funding levels as well as attracting new investment for various museum projects across the UK. The Chancellor has also listened to us on ideas for tax relief or tax credits for investing in temporary exhibitions, which mirror the theatre tax relief for touring productions which he previously introduced.”

Although he said it was unclear how heritage, specifically, has been supported or not supported and the exact details of the core grant-in-aid for VisitEngland and VisitBritain is yet to be announced.  “The new £40m fund for English tourism is to be welcomed though £10m per year for the next four years will spread very lightly and patchily across the country,” he said.

Donoghue also said that with all Treasury statements much will become apparent in the weeks after the speech rather than in the hours after it is delivered.