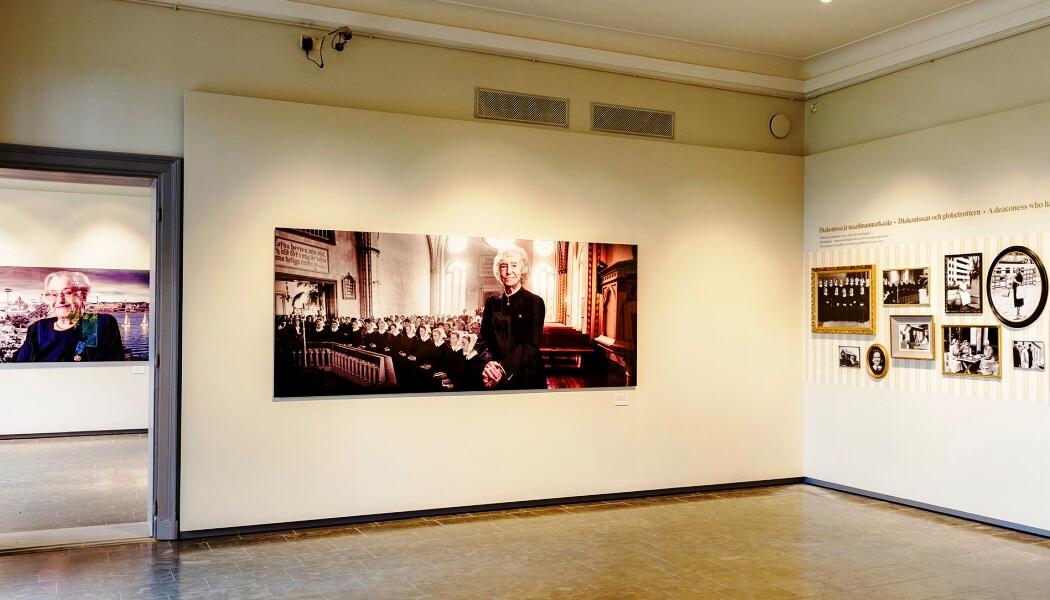 The 100 and Counting exhibition fills the walls of Villa Hakasalmi, part of Helsinki City Museum, with the life stories and large-scale photo portraits of seven centenarians living in Helsinki and is part of Finland’s independence celebrations

The 100 and Counting exhibition at Villa Hakasalmi tells the fascinating life stories of seven Helsinki centenarians and features large portrait collages with both old and new photographs. The museum is part of Helsinki City Museum, which won the International Award at the Museums + Heritage Awards for Excellence 2017 in May and was featured in Advisor last month in its Exhibition Design In Focus.

Displaying photographs from their personal albums and the museum’s collections, as well as new portraits compiled by artist Vesa Tyni, the exhibition frames the story of 100 years of change in Finland. Finland became independent from Russia in 1917 as the revolution there meant the forced abdication of Emperor Nicholas II and ended the legal basis of its Grand Duchy. 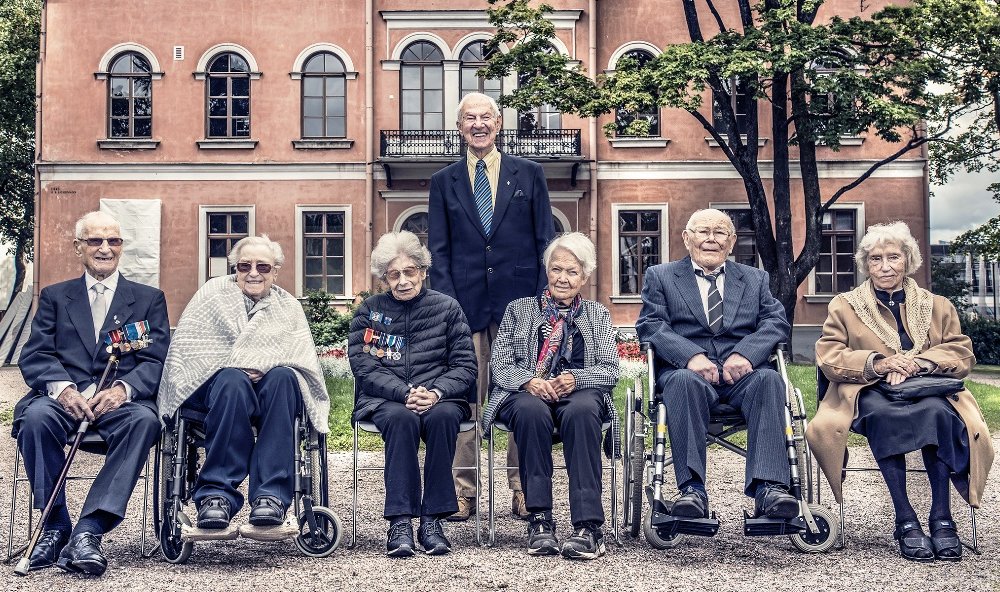 Seven Helsinki centenarians have come together to create a new exhibition celebrating their lives and Finland's 100 years of independence. Photograph by Vesa Tyni

The exhibition features the stories of a construction worker, a mother of 14, a deaconess and an elite athlete, among others, set against a backdrop of a shared history of living most of their lives in Helsinki. The memories of the centenarians form a fragmentary but descriptive picture that reflects the history of an independent Finland. The exhibition reveals stories of both their everyday experiences and important social changes in the country

“Many of the interviewees had large families that sometimes struggled to make ends meet,” says exhibition producer Tuomas Myrén. “The Second World War changed all of their lives: when the war broke out in 1939, it meant the end of youth for each and every one of them. Peace was followed by reconstruction, which meant relocation to Helsinki for many. Then Finland became wealthier and travelling became more common and the exhibition team were allowed to browse the interviewees’ personal albums and selected some of their best photographs to illustrate these stories.” 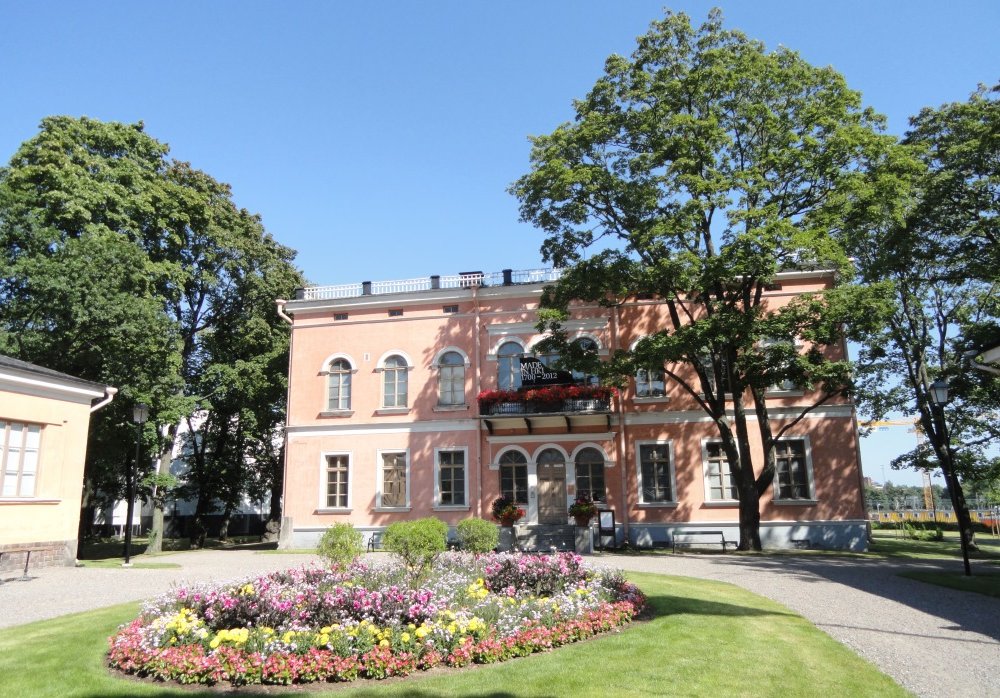 The first floor of Villa Hakasalmi, which built in 1843, is dedicated to the memories and portraits of the 100-year-old Helsinki residents and the second floor exhibits treasures from the photographic collections of the City Museum. Photographs by famous photographers such as Signe Brander, Ivan Timiriasew, Simo Rista and many more take the visitors to the city’s streets, homes and parks. These photographs illustrate the attitudes towards old people and age, the ways of representing them and the meanings associated with old age at different times.

The 100 and Counting exhibition also includes a special photo booth where visitors are transformed into their 100-year-old selves.

JAAKKO ESTOLA (standing in photograph) was born in Hyvinkää in 1918 and spent his childhood in Kerava. In the war years, he served as an artillery observer and worked in the civil defense of Helsinki. After retiring from the Hankkija company, he has occupied his time, for example, by playing volleyball in the Sikariporras club.

TORSTEN LILJEBERG was born in 1916 in Lauttasaari, Helsinki, just like two generations of his family before him. Canoeing has always been a part of his life. He has won several Finnish championships in the sport and worked as a coach after his active career.

LAHJA MÄKELÄ was born at a small farm in Lavia, Satakunta, in 1917. Lahja was trained as a nurse and spent many years at the war front as a member of the Lotta Svärd Organisation. She moved to Helsinki after the war and worked at the Kivelä hospital.

GUNNEL STENBÄCK was born on the Åland Islands in 1914 to a clergy family. She moved to Helsinki in 1934, and has since then worked as a deaconess, graduated as a licentiate in social sciences and travelled around the world.

HELVI YLIKORPI was born in Toholampi in 1917 and moved to Helsinki with her family in the early 1960s. She was married to her husband Veikko for 81 years. She has an exceptionally large family with 14 children, 23 grandchildren, 19 great-grandchildren and four great-great-grandchildren.

ARTTURI STENHAMMAR, son of a tenant farmer, was born in Padasjoki in 1914. Work brought him to Helsinki in the 1950s. Artturi worked as a carpenter on several construction sites in Helsinki and built a home with his own hands for his family in Puistola.

EILA VENNALA was born in Vuoksenniska in 1916 to a family of tradesmen. The family moved to a new apartment building in Kruununhaka, Helsinki, in the 1920s, where Eila continues to live in the same address. She made a career as the hostess of a large farm in Perniö, which is where she still spends her summers.