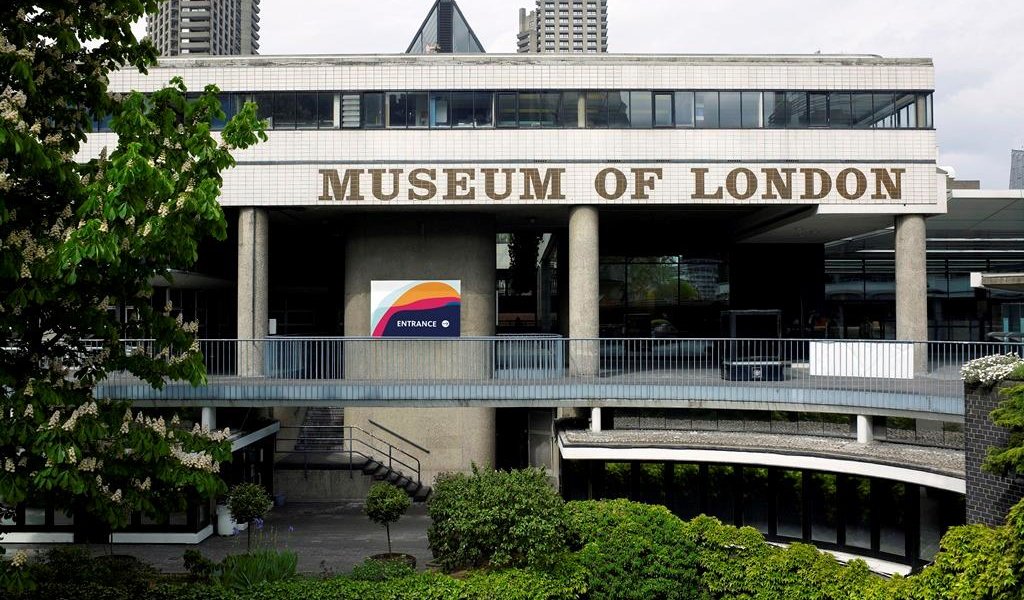 The all night opening is part of the Museum’s celebrations before its move to a new site at West Smithfield and a new name – The London Museum.

The Museum of London has announced details of the festivities it plans to mark its move from London Wall after 45 years.

It will remain open for 24 hours from Saturday 3rd until its final closure on 5pm Sunday 4th December. It is hoped that the all-night hours will give visitors more time to see its galleries and collections.

Two free weekend festivals are also planned, which will include DJ sets, immersive theatre, and late-night cinema in collaboration with Film London and family-friendly arts and craft and pop-up musical performances.

Opening on 26 November, the celebrations will also include London’s biggest table football competition, inspired by the museum’s free exhibition Harry Kane: I want to play football and the 2022 World Cup.

The second weekend, at the beginning of December, sees Sisu, a DJ platform showcasing women and non-binary DJs and producers, performing live in the museum’s Ellipse Hall, where visitors can also see the museum’s music display Grime Stories: from the corner to the mainstream.

The museum’s final day will be marked with closure celebrations inspired by the lighting of Thomas Heatherwick’s copper cauldron sculpture for the 2012 London Olympics.

The museum will reopen at West Smithfield under a new name – The London Museum, and will open to the public in 2026. The Museum of London Docklands will remain open to visitors throughout and will become The London Museum Docklands from January 2023.

Sharon Ament, Director, Museum of London, said: “Her Majesty Queen Elizabeth II opened our site in 1976 and we have enjoyed some fantastic moments here- whether that’s marking the History of the Coronation, the 2012 Olympics, the Cheapside Hoard, or Vivienne Westwood’s wardrobe.

“Over 21 million people have visited our galleries to find out more about this great city, its history, and its people. We’re looking forward to one final hurrah before we continue the museum’s next chapter in our new location at West Smithfield.”