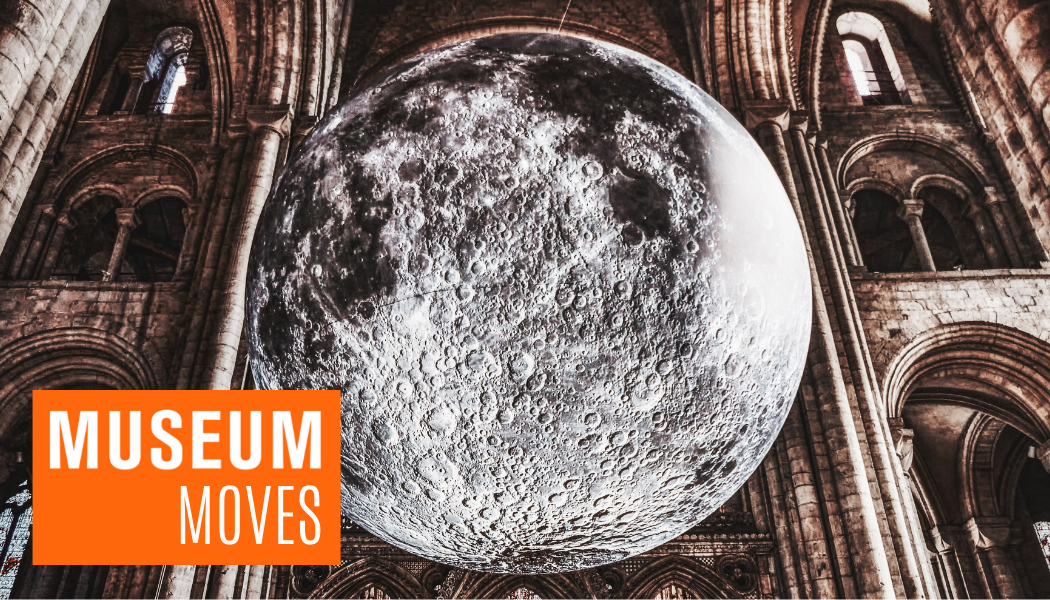 Carol Seigel, Director of the Freud Museum London, is to retire from the role this summer after 13 years at the helm of the historic house museum in north London and will be succeeded by Giuseppe Albano PhD, MBE.

Gerard Lemos CMG will become the next Chair of English Heritage in 2023, and has pledged that in the role he hopes to “help everyone feel part of England’s story.”

ICM UK has announced a new Managing Director, Paul Hickey, formerly Operations Manager at ICM’s London service centre. Hickey will oversee all operations for ICM in the UK as the company looks to grow and expand.

Crich Tramway Village, a ‘living museum’ of vintage trams, has reopened for the first time since May after an inspection forced a temporary closure. Following the completion of emergency maintenance work, the museum reopened to visitors over the weekend.

The second pop-up exhibition at Dr Martin Luther King Jr Building (MLK) will see Khaleb Brooks deliver a creative intervention inspired by the Earle Collection of documents at International Slavery Museum. Jupiter’s Song will explore perspectives, exchange and humanising experiences, connecting visitors with NML collections and confronting the narratives to consider identity and how the experiences of the past manifest today. The exhibition opens on 15 July and runs until 30 October 2022.

The ‘Once Upon a Planet’ exhibition at Tullie House in Carlisle is calling for “human change not climate change.” The Cumbrian museum has delved into its extensive natural science collection of taxidermy, geology and entomology – some previously unseen by the public – to inform and inspire visitors around the issue of climate change. Street artist Angry Dan’s has provided mural displays for the exhibition, which show the effects of climate change in Cumbria.

The first-ever National Gallery Contemporary Fellowship exhibition will use a deep black exhibition space in the Holburne Museum, Bath for a single artwork, ‘My Reality is Different’ by Nalini Malani. The display, featuring famous paintings in the National Gallery and the Holburne Museum, will encompass over 40 meters of wall with 25 animations creating a panorama of nine large video projections, played in a continuous loop. Runs October 2022 – 8 January 2023.

A new summer exhibition, Switched On, opens on 23 July at Bradford’s National Science and Media Museum. It will take visitors on a journey through the last century of broadcasting, pioneers of the industry and broadcasting innovations.

The National Football Museum‘s latest exhibition focusses on women’s football, coinciding with the UEFA Women’s Euro 2022 tournament. ‘Crossing the Line: the story of women’s football’ will be split into two halves, the first tells the story of the women’s game up until the ban, from its nineteenth-century origins while the second half kicks off later in the summer, focusing on the present state of play within women’s football, from the grassroots up to the professional game.

The National Lottery Heritage Fund has announced a new funding initiative which is hoped to support the future of the heritage workforce. The pilot, named the Heritage Innovation Fund, is a combination of financial support, expert advice and collaboration.