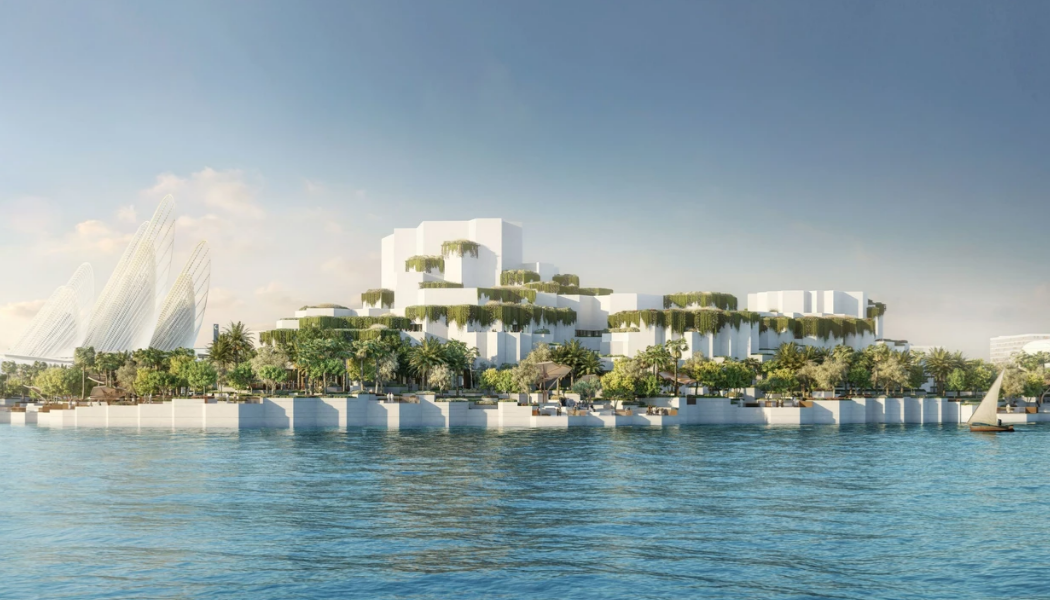 Construction on the new museum and scientific research centre is expected in 2025, as the latest addition to Abu Dhabi’s Saadiyat Cultural District.

Plans are today unveiled for the Natural History Museum Abu Dhabi, which will join the Louvre Abu Dhabi and the upcoming Zayed National Museum and Guggenheim Abu Dhabi in the Saadiyat Cultural District.

The museum, currently under construction, is due to be completed at the end of 2025 at the emirate’s Saadiyat Cultural District. Covering an area of more than 35,000 sqm, lead architects Mecanoo designed the Natural History Museum Abu Dhabi with inspiration from pentagonal shapes and cellular structures.

The structure will also include temporary exhibition spaces for special events and theatre facilities.

Among the museum’s exhibits will be an 11.7 metre Tyrannosaurus rex fossil known as ‘Stan’, which was purchased at auction by the museum for a reported sum of $31.8m (£24.1m).

Confirmed exhibits also include a fragment of the Murchison Meteorite, which crash-landed in Australia more than 40 years ago.

Little else is known about the objects set for display, though “numerous significant artefacts” are promised.

The museum said its goal is to present both a global natural history alongside the history of life on Earth “through an Arabian lens”, with local natural assets of fauna, flora and the geological history.

The museum has been developed by the Department of Culture and Tourism – Abu Dhabi (DCT Abu Dhabi) in partnership with real estate development, management and investment company Miral.

Plans also include the establishment of a scientific research and teaching institution, and a ‘think tank’ for innovation and emerging technologies.

Within the museum, the scientific facility will undertake studies in areas including zoology, palaeontology, marine biology, molecular research (aDNA and proteomics), and earth sciences.

“As we nurture a new generation of global advocates that are incredibly curious and passionate about natural history, we are fulfilling our vision to enrich lives and make Abu Dhabi the place for research, research, collaboration and discovery,” said HE Mohamed Khalifa Al Mubarak, Chairman of DCT Abu Dhabi.

International touring – we need to talk about budgets

Temporary and touring exhibitions: reaching out to new audiences