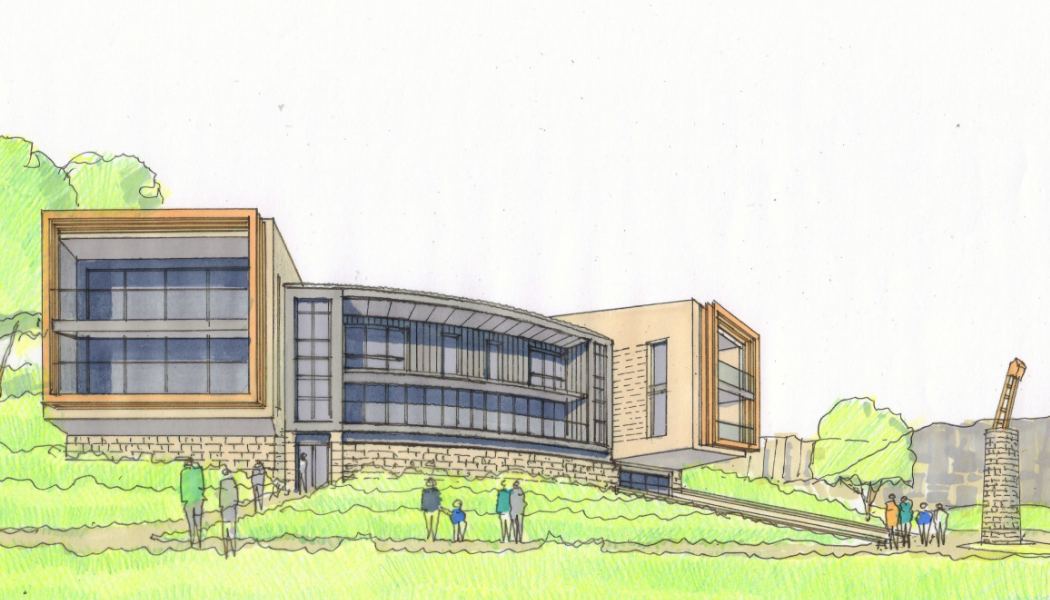 Detailed plans for the potential £6.5m transformation of the National Stone Centre (NSC) near Wirksworth, Derbyshire have been submitted by the Centre and its merged professional body, the Institute of Quarrying.

The proposed new National Stone Centre design will reference the area’s geology and industrial heritage, including the overhanging rock formations found in local gritstone outcrops, such as Black Rocks and Stanage Edge.

The plans, developed in partnership with building design and consultancy practice Babenko Associates, proposes a cantilevered structure embedded into the hillside. 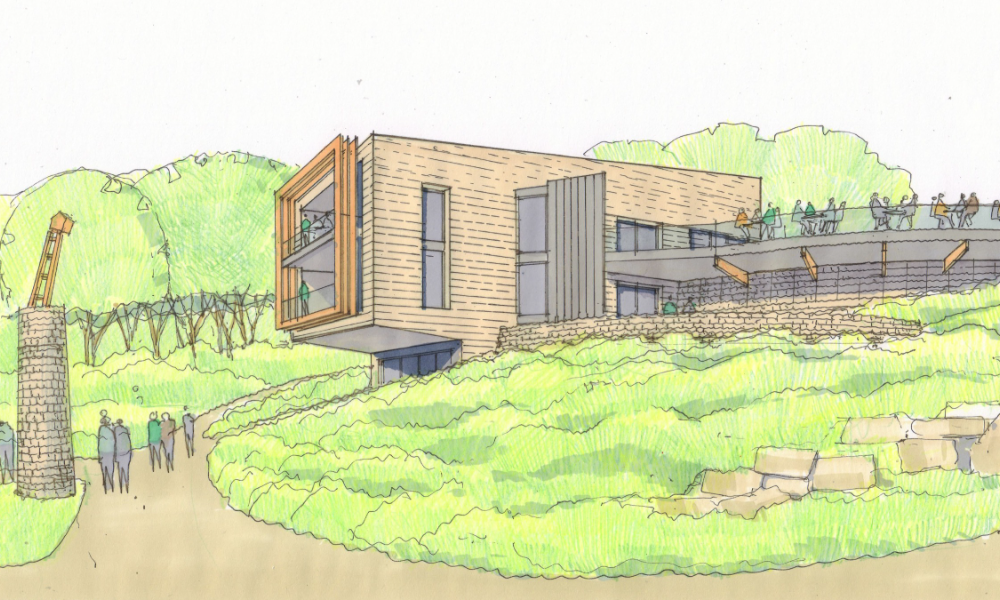 An artist's impression of the National Stone Centre 1

Phase One of the project includes proposals for 700m2 of museum/exhibition space, a 100 seat café and restaurant, four classrooms, a souvenir shop, a children’s playground and a 1200m2 open-air circular piazza for community events.

James Thorne is chief executive officer of the Institute of Quarrying said the plans “represent an exciting moment in the history of the National Stone Centre, delivering a unique building that is both fit for purpose and inspiring for generations to come.

“It’s the home that such a significant collection deserves, as well as proudly representing what is now the largest manufacturing sector in the UK.”

The National Stone Centre officially opened in 1990 to inspire people to engage with the origin, industry and the history of stone. It is set within six former limestone quarries on a 40 acre Site of Special Scientific Interest (SSSI).