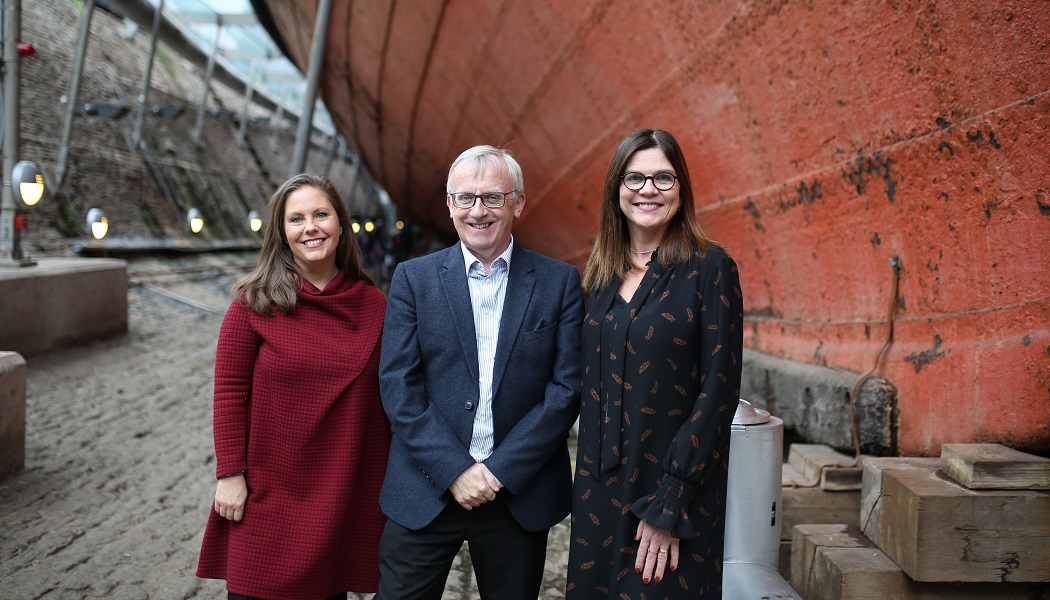 Directors of creative services, external affairs and the Brunel Institute have been appointed by SS Great Britain in a major shake-up of its senior management structure.

Patsy Connor, Nerys Watts and Tim Bryan have been unveiled as the newest additions to the management team at Brunel’s SS Great Britain in Bristol. The appointments have been made at a time when the charitable trust is seeking to realise plans for future expansion.

Matthew Tanner, CEO of the SS Great Britain Trust, said the trio “bring a wealth of experience to the Trust at a crucial time,” before adding that their expertise will “bolster a strong and dedicated team as we work towards an exciting future.”

Patsy Connor will take on the director of creative services role, joining from the BBC where she had most recently served as director of BBC South West and head of development and events across the UK. Connor was selected due to her substantial experience of leading audience engagement – both in the attraction’s local region and across the nation.

The freshly appointed director of creative services said she will “look forward to embracing the many creative opportunities in 2020 and beyond to deepen our relationship with communities, audiences and partners in Bristol and around the world.” The former BBC exec’s brief will begin with a major campaign to mark the 50th anniversary of the ship’s homecoming to Bristol from The Falklands.

Nerys Watts, previously National Heritage Lottery Fund’s South West regional director and head of engagement for London & South, is set to take the reins of SS Great Britain Trust’s external affairs. In this role she will develop opportunities for funding and partnerships, including for the Albion Dry Dock Project over the coming five years.

“It’s a real privilege to be part of one of the UK’s leading visitor attractions, which holds such significant collections and of course one of the most important ships in the world. I’m really looking forward to working with our partners at this really exciting time for the Trust, and for Bristol,” the organisation’s new director of external affairs noted.

Tim Bryan joins the museum’s ranks to help drive the expansion of SS Great Britain Trust’s education and research programmes, along with overseeing the conservation of the nationally Designated Brunel collections. Bryan heads to Bristol having previously held the role of head of collections at the British Motor Museum.

“Helping to preserve Brunel’s legacy through the development and conservation of the SS Great Britain and its Designated collections and the expansion of its ground-breaking learning and research programmes is a wonderful opportunity,” he said.