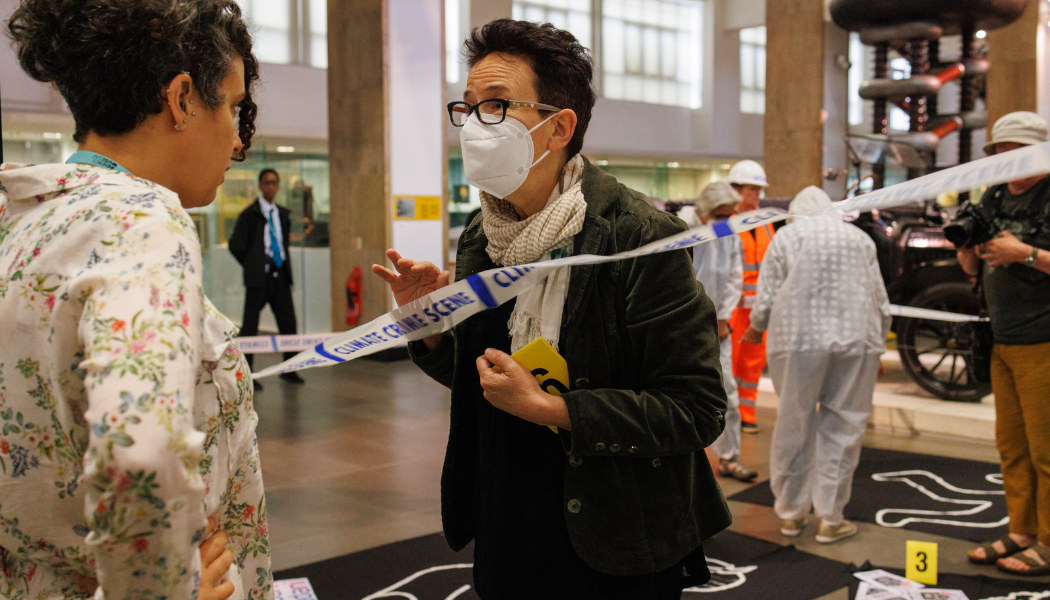 An open letter from over 400 teachers has called for the Group to cut ties with major energy companies, citing climate crisis concerns.

Over 400 teachers and educators have launched an open letter to The Science Museum, renewing pressure to drop its four fossil fuel sponsors and pledging not to bring students to the associated exhibition.

The letter, now made public, sees 417 teachers and educators pledge to avoid the Energy Revolution Gallery if – as planned – it is sponsored by coal and renewables giant Adani when it opens next year.

The letter was coordinated by the Fossil Free Science Museum collective, a group of organisations in opposition to the energy company sponsorship deals made by The Science Museum Group .

The group includes Culture Unstained, a campaign group against the fossil fuel sponsorship of culture, which has previously campaigned against The Science Museum’s sponsorship deals with energy companies.

The letter reads: “As educators, we have a legal duty to ensure our students are receiving a fair and balanced education, which prepares them properly for their future. There is no doubt among the scientific community that in order for us to turn the tide on catastrophic warming, we have to leave fossil fuels in the ground and end the exploration for high carbon energy. The business interests and practices of your major fossil fuel sponsors go directly against this.’”

Chemistry teacher Ian McDermott from Harris Westminster Sixth Form, who signed the letter, said: “The board have a duty to these young people to think again.”

Meryl Batchelder, a science teacher from Corbridge Middle School, said: “Greenwashing has no place in education and I will not be bringing pupils to the Museum until the ethos of the Board of Directors changes.”

In October 2021 Culture Unstained accused Adani Green Energy’s parent company, Adani Group, of ‘greenwashing’ pointing to reports that the group plans to expand its fossil-fuel based energy production while also claiming it is committed to climate change.

And in the same month youth climate activist group UK Student Climate Network London – also a member of the Fossil Free Science Museum collective – alongside scientists and campaigners occupied the Science Museum in a protest against its sponsorship deals with oil and gas companies.

Then, in November 2021 Science Museum Group board members Dr Jo Foster and Dr Hannah Fry resigned from their posts following a disagreement over the Adani sponsorship and an open letter saw 60 science professionals – some of whom have previously worked with the Science Museum Group – sign a pledge not to work with the organisation while it accepts funding from fossil fuel companies.

Responding to the letter, Ian Blatchford, director of the Science Museum Group, said its position had not changed.

“‘We agree that climate change is the most urgent challenge facing humanity but we don’t agree with the argument from some who say we should sever ties with all energy companies with an association, direct or indirect, with fossil fuels. We believe the right approach is to engage and challenge companies and other partners to do more to make the global economy less carbon intensive.”

The sentiment is echoed in a blog by Dame Mary Archer, chair of the Science Museum Group Board of Trustees, which was posted earlier this month.

Archer wrote: “Some campaigners have urged us to rule out working with all companies involved in fossil fuel extraction, including current sponsors such as Shell, BP and Equinor who provide money for us to fulfil our mission through sponsorship. In all such partnerships, the Science Museum Group retains editorial control.”

“Given the enormous expertise and funds tied up in those energy companies, they need to play a much bigger role in urgent change to prevent a climate catastrophe. This potential explains the position taken by the Science Museum Group over the past decade that it would be counter-productive to rule out engaging with the entire sector.”