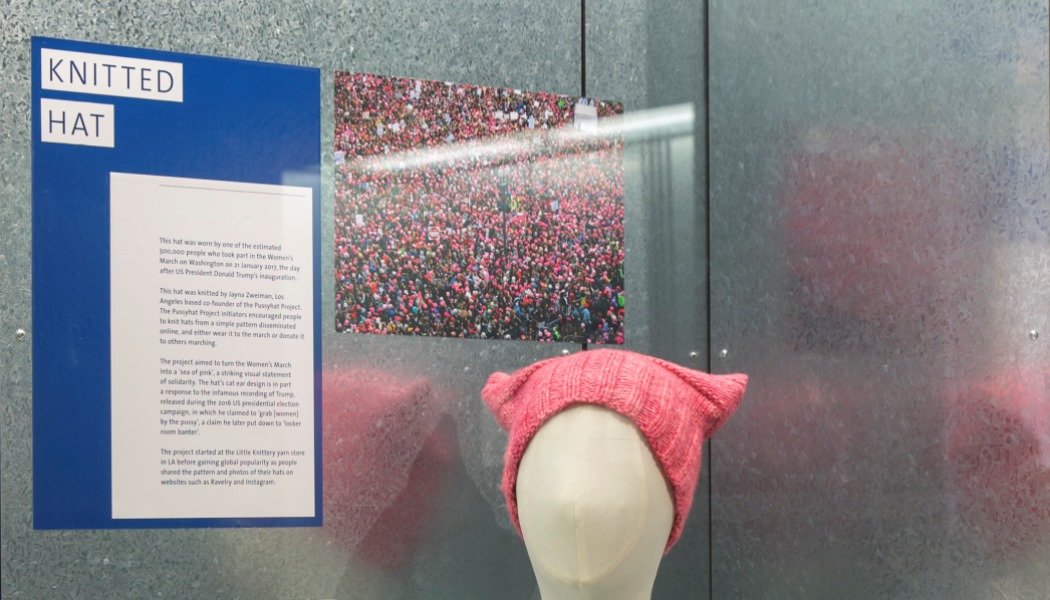 Today, on International Women’s Day 2017, the V&A has announced that it has acquired a Pussyhat worn at the Women’s March in Washington DC on 21 January

The pink hat was knitted by Jayna Zweiman, the Los Angeles-based co-founder of the Pussyhat project, which called on people to turn the Women’s March into a ‘sea of pink’ and create a strong visual statement of solidarity for women’s rights in protest against the Trump administration. The march in Washington DC was attended by an estimated 500,000 people the day after US President Donald Trump’s inauguration.

The hat is now on display in the V&A’s Rapid Response Collecting gallery exploring how current global events, political changes and pop cultural phenomena impact, or are influenced by, design, art, architecture and technology.

“The Pussyhat is an important acquisition for the V&A in the context of the Museum’s Rapid Response Collecting project,” said Corinna Gardner, Acting Keeper of the V&A’s Design Architecture and Digital department. “This modest pink hat is a material thing that through its design enables us to raise questions about our current political and social circumstance. Worn by thousands across the globe on 21 January 2017, the Pussyhat has become an immediately recognisable expression of female solidarity and symbol of the power of collective action.” 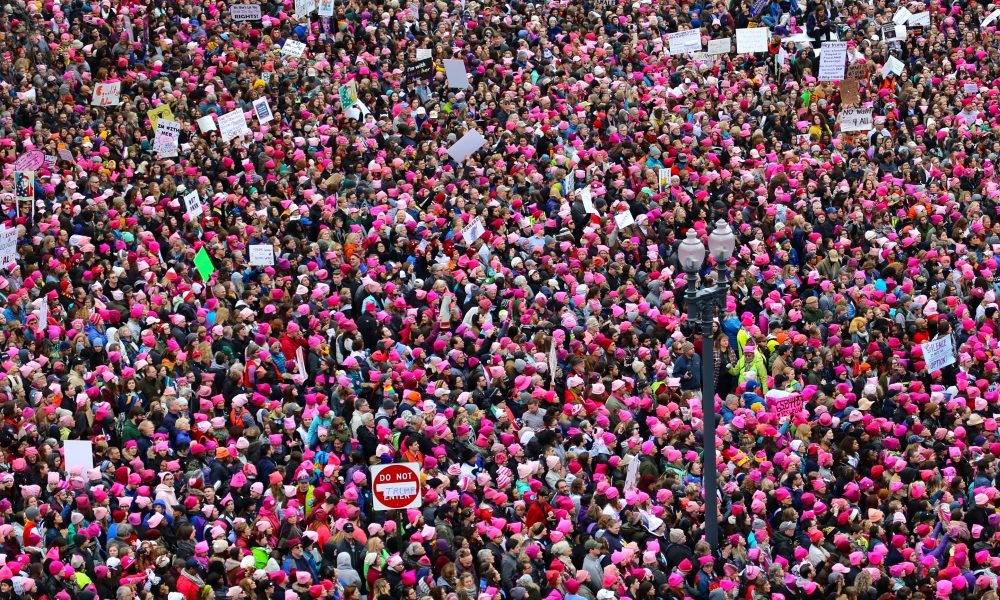 The Pussyhat initiative gained global support as people shared the pattern and photos of their hats across social media, from the knitting community site, Ravelry, to Twitter, Facebook and Instagram. On 21 January 2017, more than 4m people joined protests in over 600 cities around the world to show solidarity with the Women’s March on Washington, many wearing a Pussyhat.

The Pussyhat project was initiated by Krista Suh and Jayna Zweiman in Los Angeles, California, shortly after the 2016 US Presidential Election, which saw Trump elected as the 45th President of the United States. The pair teamed up with Kat Coyle, owner of Los Angeles yarn shop the Little Knittery, to create a simple pattern posted online to encourage people to create their own knitted Pussyhat to wear during the march, or to give to others marching, as a unified statement. The cat ear design was developed in part as a response to an ‘Access Hollywood’ recording of Trump released during the election campaign, in which he claimed ‘to grab [women] by the pussy’ – a claim he later put down to ‘locker room banter’.

Read more about the V&A Rapid Response Collecting here including recent acquisitions such as a burkini, a flag designed for the first ever Refugee team to compete in the 2016 Olympic Games, and a Vote Leave campaign leaflet distributed in the run-up to the UK’s referendum on European Union membership.

In February M+H Advisor published a case study on the V&A’s Rapid Response Collecting gallery as part of a In Focus feature: How do museums react to events?